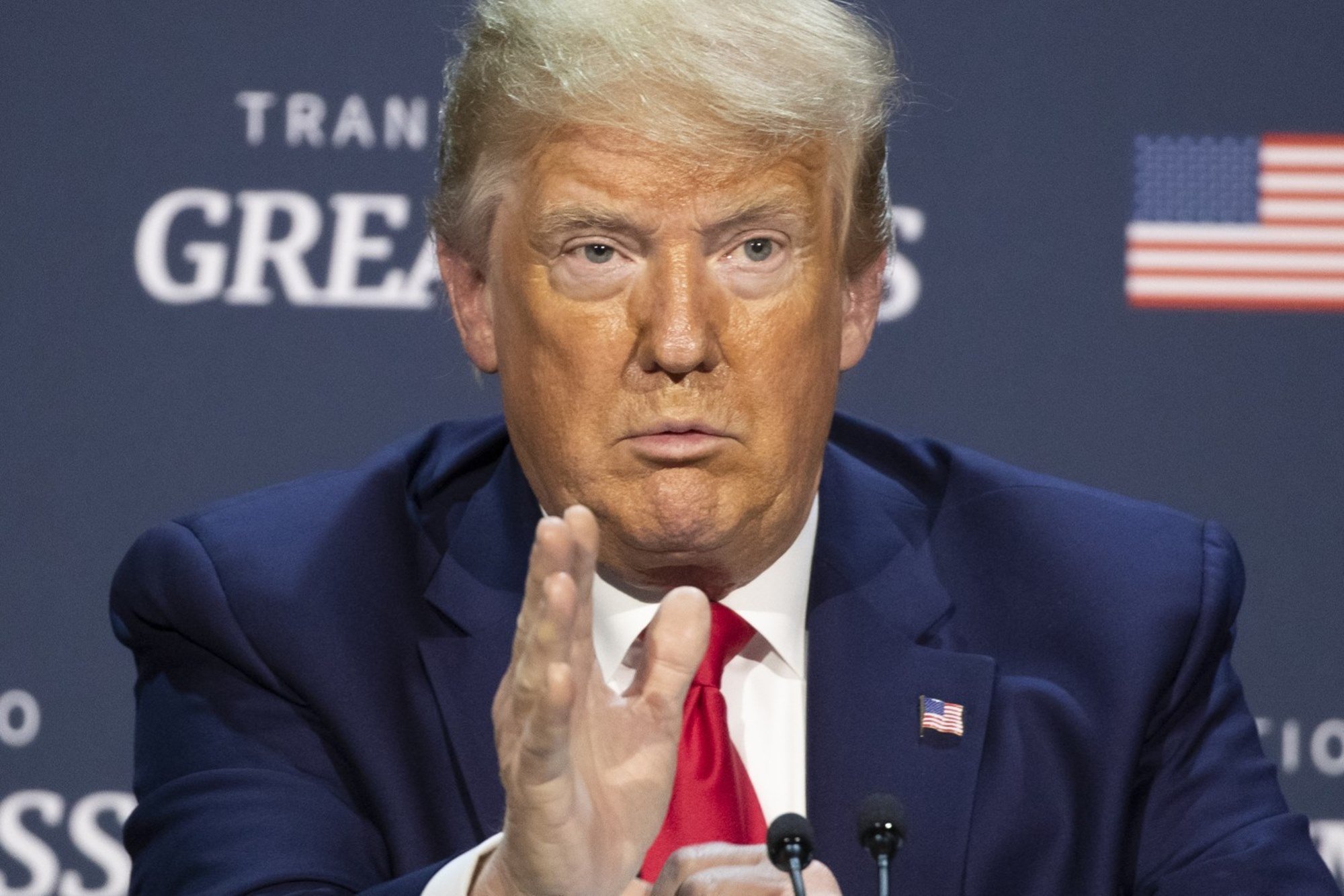 President Donald Trump once more grabbed headlines for delivering a very divisive and bizarre speech at the White House to mark Independence Day 2020.

The former reality TV star turned politician slammed the protesters who have been marching for change since the death of George Floyd.

Trump stated: “American heroes defeated the Nazis, dethroned the fascists, toppled the communists, saved American values, upheld American principles, and chased down the terrorists to the very ends of the earth. We are now in the process of defeating the radical left, the Marxists, the anarchists, the agitators, the looters, and people who, in many instances, have absolutely no clue what they are doing.”

“Swift and swip in” aside, it has been correctly pointed out that the preceding clip gives the misleading impression that Trump linked Desert Storm to Vietnam. He did not, as can be seen in the longer clip below: https://t.co/rUKykVDkOb

Trump, who attended the White House’s “Salute to America” with Melania, went on to say: “Our past is not a burden to be cast away. We will never allow an angry mob to tear down our statues, erase our history, indoctrinate our children, or trample on our freedoms. We will safeguard our values, traditions, customs, and beliefs.”

Trump used the same controversial rhetoric during his remarks at the Mount Rushmore Fireworks Celebration: “Today, we pay tribute to the exceptional lives and extraordinary legacies of George Washington, Thomas Jefferson, Abraham Lincoln, and Teddy Roosevelt. I am here as your President to proclaim before the country and before the world: This monument will never be desecrated — these heroes will never be defaced, their legacy will never, ever be destroyed, their achievements will never be forgotten, and Mount Rushmore will stand forever as an eternal tribute to our forefathers and to our freedom.”

He added: “Our people have a great memory. They will never forget the destruction of statues and monuments to George Washington, Abraham Lincoln, Ulysses S. Grant, abolitionists, and many others.”

Trump is currently the underdog in the race for president against former Vice President Joe Biden. Voters blame him for the poor handling of the coronavirus.

Tiny Harris’ Daughter, Zonnique Pullins Graces The Cover Of A Prestigious Magazine And Her Mom Could Not Be Prouder

Hailey Baldwin: Justin Bieber Had a ‘Crazier Famous' Childhood Than I Did

Rasheeda Frost And Erica Mena Went On A Double Date With Their Husbands, Kirk Frost And Safaree – See The Hilarious Video