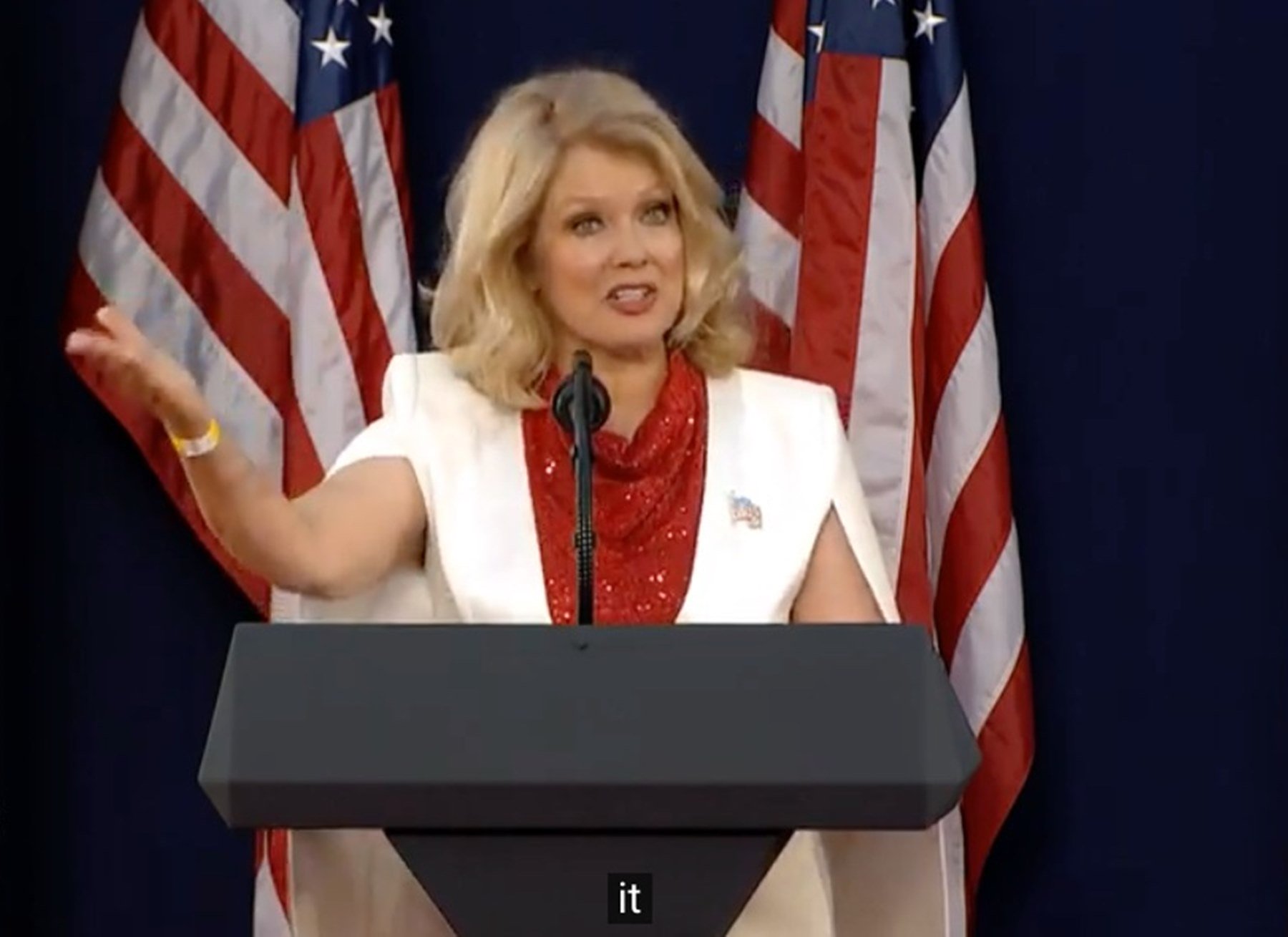 President Donald Trump grabbed Mary Hart, of Entertainment Tonight fame, and no one linked to rival entertainment news program Access Hollywood, as his Master of Ceremonies at the July 4th celebration at Mt. Rushmore earlier today.

Supporters of the former reality TV star said that Hart was the right pick because she is from South Dakota. However, many people on social media were shocked that the TV personality came out as a Trump supporter.

Hollywood elites are often presented as anti-Trump, and Hart seems to have chosen a different path. The Trump rally also grabbed headlines because many in attendance were not wearing masks or practicing social distancing as the COVID-19 pandemic keeps gaining ground in the country.

Moreover, earlier in the day, Kimberly Guilfoyle, the girlfriend of Donald Trump Jr., tested positive for coronavirus. She is also a top fund-raising official for the Trump campaign.

Friday, the White House also opted to campaign on the idea that Americans will have to live with the virus moving forward. Experts say that this kind of pessimistic messaging is a gift to Democrats.

About the rally, one Trump supporter stated: “It was a wonderful speech, definitely doing a great job: but kind of heartbroken no Jr. who else is going to wake the masses.”

A second Republican chimed in: “As far as I’m concerned, everyone is testing positive with no symptoms 🤨 So what’s really going on?”

Another backer of the administration added: “Oh no, she tested positive for common cold via a test that Birx herself admits is only 50% accurate, whoop’d fucking D! Oh and 89% of all people have zero symptoms because it’s sooooo strong. 🙄🙄 When does stupid end? Like seriously how pathetically dumb are we? We stopped humanity because leftists don’t want to lose power and are working with global eugenist to kill us off. And we go right on along with it.”

A social media user mocked Hart for attending the event with: “Mary Hart came out of her irrelevant cave for a token speech and left with a corona parting gift…….”

Some are wondering if the rally will be a plus or a minus for the Trump campaign.

Stacey Dooley slammed on Twitter for being 'free to roam' in maternity ward: 'What a joke'

Porsha Williams Tells Fans To Invest In Their Hair

Samantha Ronson: Ellen Has 'Always Been Respectful' Despite Allegations