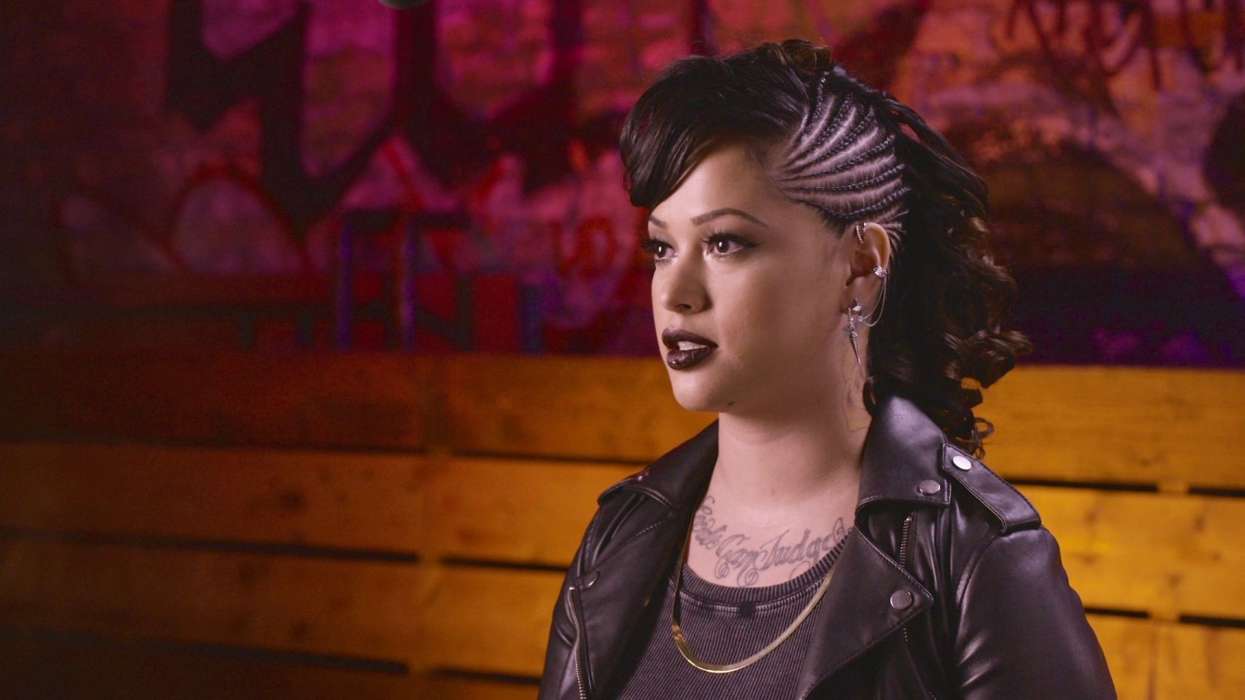 Page Six said today that Liliana Barrios, from Black Ink Crew: Chicago Crew, was apprehended by authorities due to allegations of abuse. The reality star reportedly came home to find her girlfriend in bed with a different woman. The outlet contacted Barrios directly on her IG and she said the story was “made up.”

Liliana stated that she just spoke with her lawyer and she had no idea where the story came from. She said, “I have no comment right now.” TMZ, who obtained the police report, alleges that authorities arrested her in San Antonio, Texas, at the beginning of June.

The reality star reportedly got into a fight with her 22-year-old girlfriend. According to the official police report, Barrios came home to find her 22-year-old partner with another woman. She pushed her onto the couch, scratched the other woman, and bit her on the right leg.

The police claim the abrasions signified that the attack was intentional. Page Six says that Barrios appeared on VH1’s reality series from the second season until the 5th.

Liliana isn’t reality television’s only tattoo artist to find themselves in trouble this past year. At the beginning of 2020, Page Six and TMZ reported that Oliver Peck from Ink Master, was booted from the show after old social media posts of him wearing blackface made their way onto the internet.

Peck reportedly wore blackface on a number of occasions for Halloween, including one instance, where he put on dark brown makeup to his face, neck, and his chest.

According to TMZ, who was the first to report on the news, the images were taken from an old MySpace account. Fans online picked them up and began circulating them on more relevant social media platforms.

Another picture featured Peck dressed as a black superhero. Stars such as Jimmy Fallon have also been attacked online for blackface. The television show host had to come out and apologize for a skit from the early 2000s in which he made fun of Chris Rock.

Shaun Wallace: The Chase star makes heartfelt announcement 'Your support means so much'

A Look Back at Kylie Jenner in Photos Through the Years

Hurricane Forecast: ‘One of the Most Active Seasons on Record’