U.S. sports leagues working to resume play have devised elaborate plans in an effort to hold off the coronavirus: players living in isolated “bubble” communities, regular testing and even connected devices to monitor player health.

But there’s little hope of keeping the coronavirus out entirely. It’s a given that players will test positive, according to people from both the medical and the sports industries.

“Having a case is almost inevitable, so it’ll be about minimizing the chain reaction,” said a person who is familiar with the plans developed by the NBA and MLB, who was not authorized to discuss them publicly. “The whole strategy is to minimize the chance of being shut down again, but they’re fully prepared to have some players become infected.”

The surging coronavirus pandemic has cast a shadow over once-optimistic plans for professional sports in the United States to resume as they have in some other parts of the world.

And while no league has yet backed off plans to restart, few signs are pointing in the right direction. New cases continue to crop up daily across nearly all professional and amateur sports, and some athletes have said they intend to sit out the season. Outbreaks in parts of the U.S. set to host the games are leading to renewed lockdowns.

The NBA’s plan, which may be the most extensive and viable, has received praise from several experts, including the nation’s top infectious disease specialist, Dr. Anthony Fauci. But it still may not work if cases spike within the league or to extreme levels in the host cities. That raises the question of just how feasible it is for sports to return, especially for leagues without the more than 100-page safety protocol being adopted by the NBA.

NBA Commissioner Adam Silver has said repeatedly that even with a thorough plan, there’s no guarantee that play will resume.

“[It’s] never ‘full steam no matter what,’” he reiterated in an interview with Time on Tuesday. “One thing we’re learning about this virus is that much is unpredictable.”

Each league’s plan has vulnerabilities. With the bubble models being followed by the NBA, Major League Soccer and the NHL, there’s still the risk of outside infection from hotel and transportation staff. Models that don’t use a bubble, like those proposed by MLB and the NFL, rely on players self-isolating responsibly.

The NHL didn’t respond to a request for comment. When asked about the possibility of needing to suspend play again, spokespeople for MLB, the NFL, MLS and the NBA expressed confidence in their reopening plans.

All models face the possibility that so many players could test positive that a team or the league as a whole could be hobbled. The success of any model is also dependent on what’s happening in host cities since a severe spike in cases could affect the optics of continued play.

Zachary Binney, an epidemiologist who also works in the sports industry, said part of what has made it so challenging to bring back sports is the fact that the U.S. still doesn’t have the virus under control.

“The plan that you build has to work for the situation around you. If your country is doing worse at controlling the virus, then you need a stricter plan,” he said. “We’re reaping what we sowed in the U.S. Our response was late and weak, and we still haven’t gotten it under control in many areas, so that makes it harder for sports to come back.”

That includes Florida where MLS and the NBA are set to resume play this month at the ESPN Wide World of Sports at the Walt Disney World Resort. On Saturday, Florida set a single-day record with more than 9,500 new cases.

MLS is set to resume play July 8. Nearly 400 players and staff members recently entered the league’s bubble in Orlando, Fla. On Tuesday, there were four new players who tested positive, making for a total of 30 cases among the players and the staff members. MLS said it will continue to test players every other day as well as the day before matches.

Binney said getting players into their “bubble” communities is a challenge.

“The transition into the bubble is the hardest part,” he said. “Before they’ve been in the bubble for five to seven days, I would expect that every round of testing yields at least one positive.”

The NBA, which is scheduled to resume its season July 30, announced Friday that it had 16 new COVID-19 cases. Players and staff members have yet to enter the NBA’s bubble but when they do, they’ll face the most regulated set of guidelines yet defined by any league.

But there’s some question of whether all players will abide by the rules.

“It’s really hard to say whether athletes are more or less at risk in the environment the NBA is proposing,” Rachel Nichols, host of ESPN’s “The Jump,” said.

“It really depends on what they’re doing at home. Athletes Instagram everything and we see some of these guys in their normal lives,” she said. “Absolutely some of them may be taking the same level of precautions that will be in place in Orlando, but it’s possible that going into Orlando some athletes may be in a situation where they’re less at risk.”

The NHL, which is also planning to use a bubble model in two hub cities, hasn’t announced any formal dates for a return to play. On Monday, it confirmed 26 players tested positive.

MLB and the NFL are the only major sports leagues moving forward with plans that don’t involve keeping players in a bubble. Fauci, the director of the National Institute of Allergy and Infectious Diseases, has expressed skepticism about play resuming successfully outside of a bubble scenario, but ultimately it’s up to the leagues.

The NFL referenced comments made in mid-June by its chief medical officer, Dr. Allen Sills, in response to Fauci’s comments.

“Make no mistake, this is no easy task,” Sills said. “We will make adjustments as necessary to meet the public health environment as we prepare to play the 2020 season as scheduled with increased protocols and safety measures for all players, personnel and attendees. We will be flexible and adaptable in this environment to adjust to the virus as needed.”

The NFL is set to start its season Sept. 10 and so far hasn’t announced any changes to its regular schedule.

“100 percent, they’re going to play games,” Marcellus Wiley, a former NFL player and co-host of “Speak for Yourself” on Fox Sports, said. “But 100 percent, a player or many players will test positive.”

With regard to the risks athletes face and the sacrifices they’ll have to make, he said those things come with the territory of being a professional athlete.

“From July through January, minus a trip here or there, I was always away from my family when I was playing,” Wiley said. “You get paid the big bucks to do the things you don’t want to do.”

However, he said, most of the concerns he’s hearing are selfless: players concerned about family members who are more susceptible to severe cases of COVID-19 or have preexisting conditions.

Already numerous athletes across multiple sports have said they won’t be participating when their respective seasons resume over concerns about their safety and that of their loved ones.

MLB is planning to return July 23 or 24 with a 60-game regular season but Minor League Baseball was forced to cancel its entire 2020 season Tuesday. When MLB returns, it will do so with changes such as a ban on spitting and an effort to prevent pitchers from licking their fingers before throwing the ball.

The 2020 MLB Operations Manual notes that its plan has received approval from the commissioner and the players association and was made in consultation with experts. It will include “interlocking safeguards from the community to the ballpark to maintain the health and safety of all personnel.”

But the person familiar with MLB’s plan said the league was “much less knowledgeable” about how to handle resuming play than the NBA. The person said the league hadn’t “thought through the issues at all by comparison” and was “far away from coming up with a strategy that will work.”

A spokesperson for MLB directed NBC News to its reopening manual, which said the league and club medical staff consulted with outside infectious disease experts and also reviewed the reopening plans from sports leagues around the world.

Binney also said he didn’t think its plan could work because it revolves around playing in home markets where people will be exposed to others.

He also takes issue with comments made by some MLB owners, who are looking to allow fans into their ballparks. But MLB isn’t the only sport considering admitting fans. The NASCAR All-Star Open, Kentucky Derby and Indianapolis 500 are all currently selling tickets for people to attend their events.

“You lose me completely when you talk about sports with fans. I think it’s ridiculous,” Binney said. “That is something we have not put in the work for. Any number of fans is begging for a superspreading event only to line the pockets of an owner or stadium authority … It genuinely blows my mind.”

Binney said that overwhelmed hospitals also pose a risk to player safety if there’s an emergency and a local hospital is full of COVID-19 patients. But one of his biggest concerns as cases spike in certain areas is actually related to the frequent testing that leagues are proposing.

“If you’re sitting there on a pile of tests, testing all of your players and staff every day while around you the city does not have enough tests for the people who need them … it becomes a question of humanity and morality, even in sports I think it does,” he said. 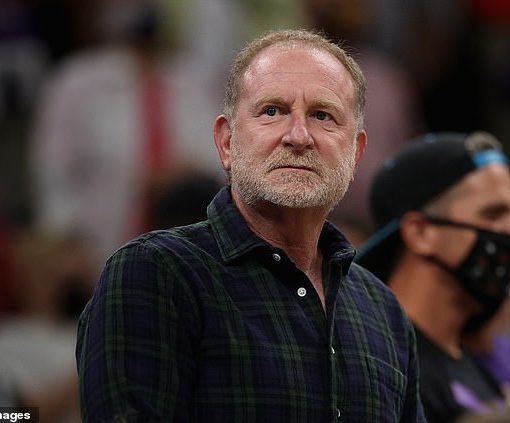 Phoenix Suns owner Robert Sarver made misogynistic comments to female subordinates — once asking ‘do I own you?’ — and frequently used […] 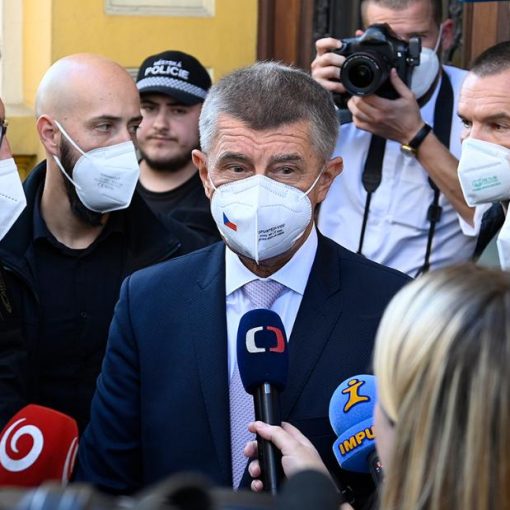 Andrej Babiš’s ANO party was edged out by the narrowest of margins by the two opposition coalitions trying to unseat him, according […] 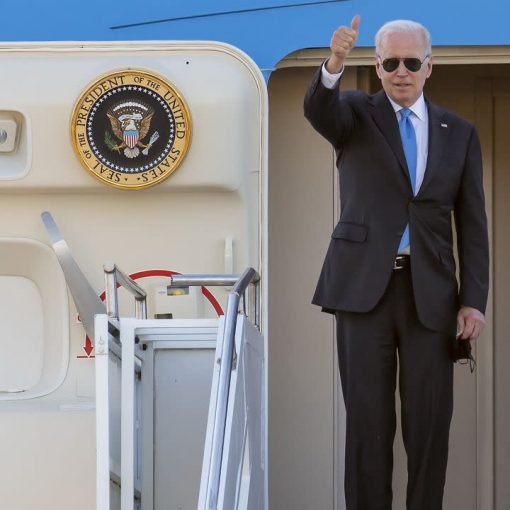 President Biden’s summit “reset” was less about trying to make a friend out of Russia than reframing what the U.S. believes can […]