Driving home late at night, Nosaiba Drera’s heart beat faster when the soldiers waved at her to pull over.

A doctor on her way home from a busy evening shift in Libya’s capital, Tripoli, Drera was on the front lines of the war-torn north African country’s fight against the coronavirus pandemic, battling with a broken CT scan machine just hours earlier.

But now many fearful scenarios played out in her mind.

“I refused to open my window because I was afraid,” she told NBC News via Facebook Messenger. “But you learn how to deal with them.”

Being stopped by militiamen brandishing weapons at makeshift roadblocks is part of the new normal, Drera, 26, said glumly.

During the “Arab Spring” uprisings that swept through the region, Libya descended into civil war in 2011 shortly after its former dictator, Moammar Gadhafi, was toppled with the help of an international coalition that included the U.S.

Now, long-term observers of the country say it teeters on the brink of collapse as two factions — themselves backed by rival foreign powers — battle to lead the oil-rich nation.

Meanwhile, millions of Libyans like Drera feel caught in the middle.

Libya remains divided between the internationally-recognized government of Prime Minister Fayez Serraj in Tripoli, and the military strongman and U.S. passport holder Khalifa Haftar, who controls the oil-rich east.

Turkey has supplied Serraj’s administration with financial and military support, while Russia and Egypt back Haftar, sending a stream of mercenary fighters and weapons to aid his bid for more territory, according to regional experts.

Calls for a cease-fire are growing louder.

This week, Russian Foreign Minister Sergey Lavrov joined the Arab League and the European Union in urging a pause in the hostilities, offering a glimmer of hope to Libyans like Drera who are fed up with the fighting.

But still the civil war rages on, drawing in a crowded scene of foreign powers, as Libya remains a flashpoint for potential further conflict across the region.

Egyptian President Abdel Fattah el-Sissi raised tensions last weekend when he ordered his army to be ready to carry out any mission outside the country, adding that Egypt had a legitimate right to intervene in neighboring Libya.

The main aims of any intervention, he said, would include protecting the stretch of more than 1,000 km (621 miles) of Egypt’s western border with Libya, achieving a cease-fire, and restoring stability.

Arab foreign ministers scrambled to call an emergency meeting Tuesday and swiftly made clear they would head off any new battle in Libya, favoring a political solution, the Arab League Secretary General Ahmed Aboul Gheit said in a statement.

There are plenty of reasons for foreign powers to take an interest in Libya. An OPEC member, Libya has the largest proven oil reserves in Africa and can offer strategically placed military bases along the Mediterranean Sea.

Meanwhile, millions of Libyans face food and petrol shortages, a stagnant economy and feel alienated as their country descends into a political free-fall.

“This conflict is less and less about Libyans,” said Mohamed Eljarh, Tobruk-based Libyan affairs specialist and co-founder of Libya Outlook, a research firm.

“For many Libyans, this is the most vulnerable that we have ever been,” he added. “I am of the view that we are heading for escalation in Libya.”

Recent weeks have marked a turning point in the complex conflict.

In a series of rapid victories, the Tripoli-based government, with Turkish support, brought most of northwest Libya back under its control, while Haftar’s forces, with help from Russia, had been attempting to take the capital.

Last week, the United Nations expressed “alarm” at the use of mercenaries — paid foreign fighters mostly from Russia, Syria and Sudan — and said foreign actors had contributed to the escalation of the conflict.

The use of mercenaries allows Russia to deny its involvement in Libya, said Nathan Vest, Middle East specialist at the RAND Corporation, a U.S.-based think tank.

“They’re not really fooling anybody, we know it’s Russia operating in this space.”

The United States’ Africa Command has also repeatedly accused Moscow of trying to “tip the scales in its favor in Libya” by sending in mercenary soldiers and fighter aircraft to the country.

Russia has denied such claims.

Russia’s special representative to the Middle East and North Africa, Deputy Foreign Minister Mikhail Bogdanov, said in an interview published this month, on the Russian Foreign Ministry’s website, that allegations of Russia commissioning mercenaries were false and “largely based on rigged data.”

The U.N. also warned it was concerned about Turkey deploying Syrian fighters as mercenaries to Libya.

In many ways, the tensions between Turkey and Russia in Libya mirror those playing out in nearby Syria, where the two powers support opposing sides in another protracted civil war.

“Generally, I think [Russia’s] goal [in Libya] is to secure a leading place at the table for post-war settlement spoils, including some military basing rights,” Vladimir Frolov, a Russian foreign affairs analyst, told NBC News.

“Another piece of the game is to maintain some pressure on Turkey to secure Turkish concessions in Syria.”

Since the death in 2012 of U.S. Ambassador Chris Stevens in the eastern city of Benghazi, the U.S has been drawn into the Libyan conflict.

Stevens’ death led to a damning investigation into the Obama administration’s handling of the attack and hurt then-Secretary of State Hillary Clinton’s presidential ambitions.

Although there are no American boots on the ground in Libya, President Donald Trump last year lent his support to Haftar, saying that he recognized his “significant role in fighting terrorism and securing Libya’s oil resources.”

But in recent months, Trump appears to have stepped back from publicly supporting the mustachioed military man — who lived in Virginia for 20 years — and welcomed calls for a cease-fire.

The instability in Libya is also leading to a humanitarian crisis.

The U.N. Secretary-General Antonio Guterres expressed shock this month at the discovery of at least eight mass graves, near the western town of Tarhuna.

It is unclear how recent the graves are, but the U.N. chief called for a full investigation and the return of the bodies.

Europe has also maintained an interest in Libya, largely to stem the flow of migrants from sub-Saharan Africa making the deadly crossing on the Mediterranean Sea into southern Europe.

Watching her country become more unrecognizable each day, Drera said Facebook groups and social media were helping her and other Libyans navigate their cities safely — avoiding the militia, roadblocks and bombed-out areas.

As power cuts now extend to 17 hours per day and critical infrastructure sags, some even whisper that life was easier under Gadhafi, she said.

Others try to make do, continuing with wedding celebrations and family gatherings, but most are tired of war.

“Although it’s sad, most people just want the bare minimum,” she said. “A sense of stability.” 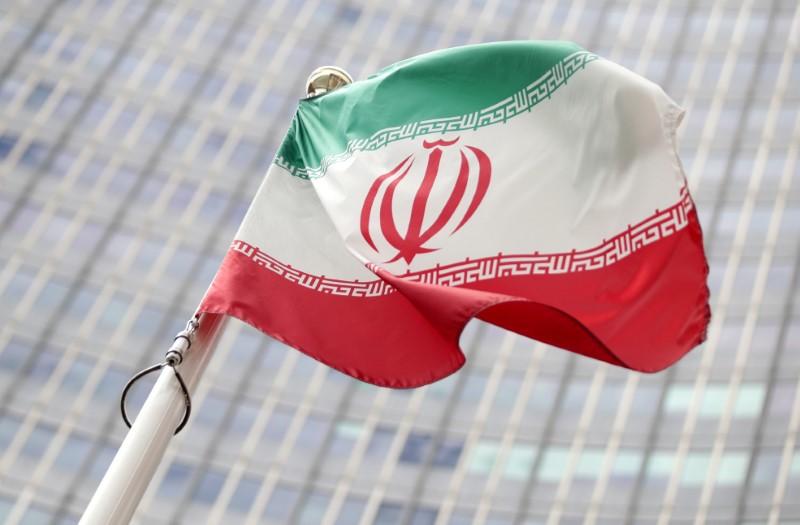 PARIS/LONDON (Reuters) – Britain, France and Germany on Tuesday formally accused Iran of violating the terms of its 2015 agreement to curb […]

Authorities in Moscow are imposing speed limits for electric scooters that whiz across the city, often on pavements, as calls for action […] 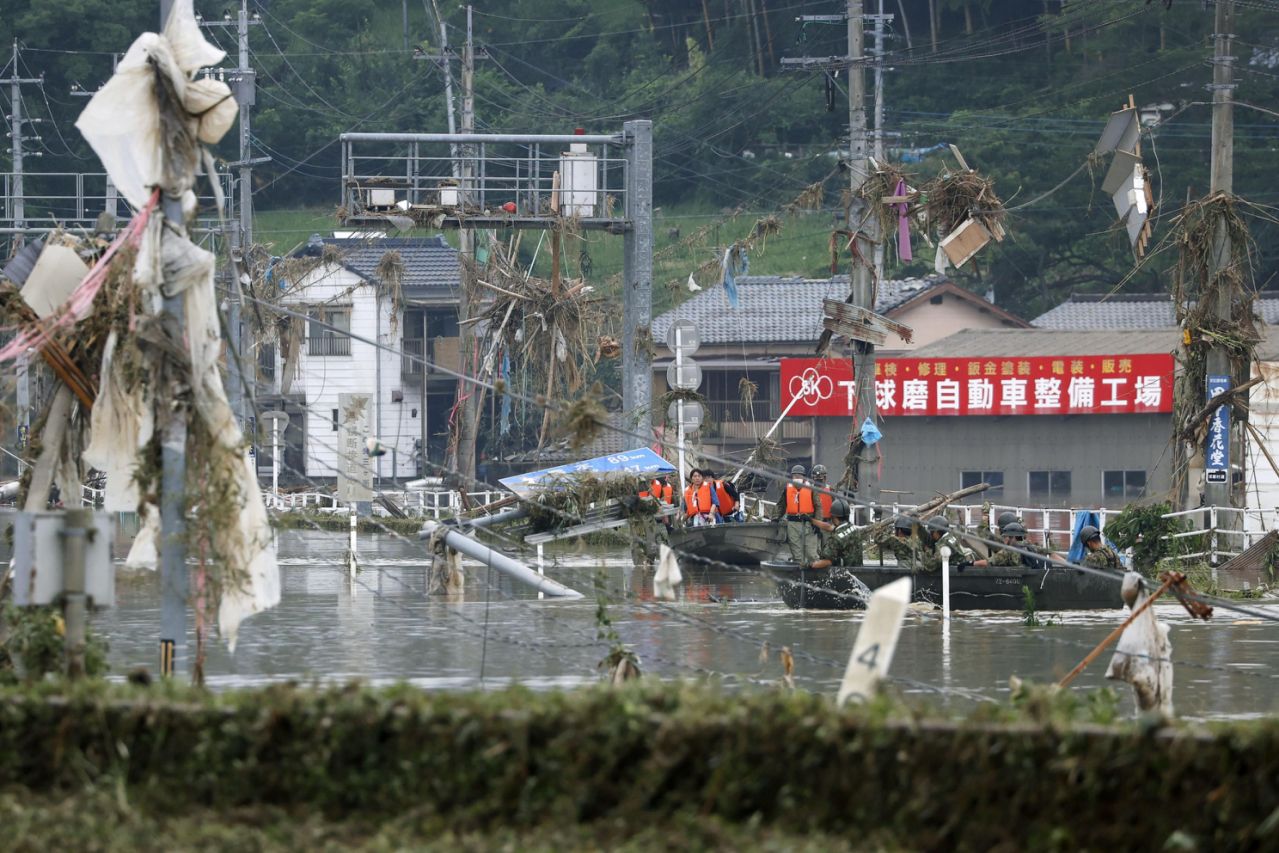 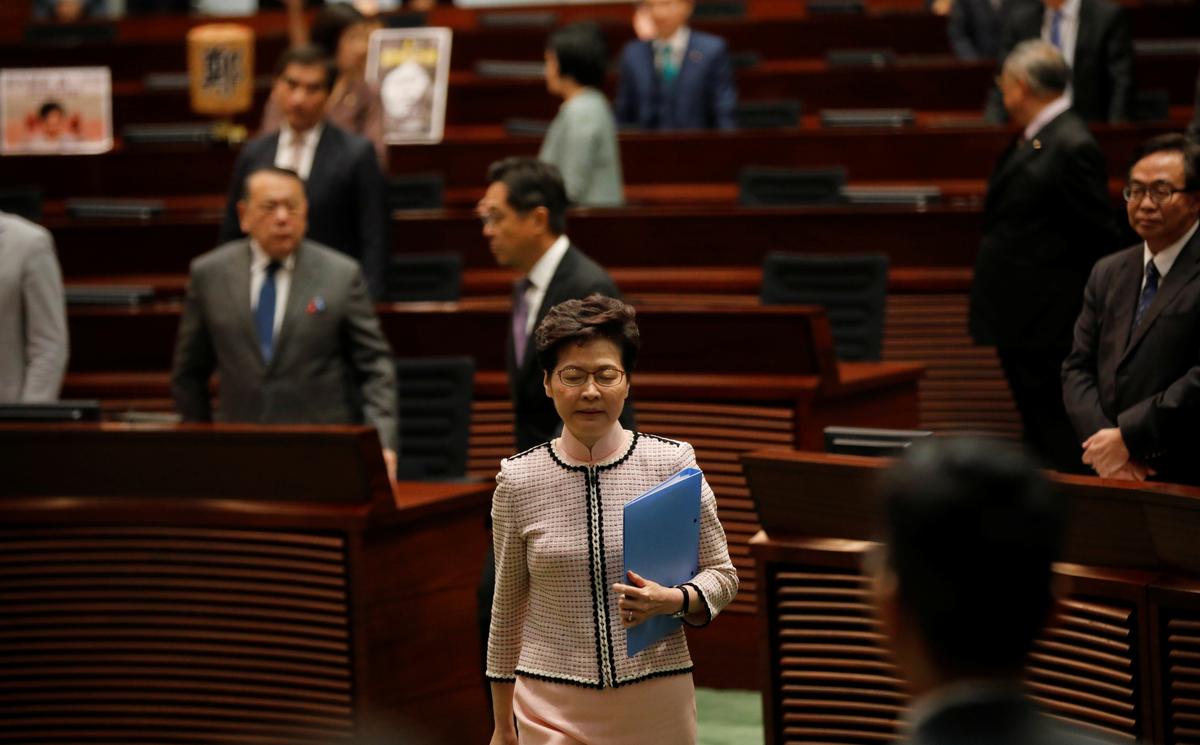