While there may not be any one word to describe our collective state of limbo, one footwear category has emerged, like a gentle intervention, to help us stand astride the void. It’s a water shoe moment.

Water shoes, or amphibious footwear, as those in the industry refer to it, were made for moments defined by being in between. Not quite a sneaker, not simply a sandal, and unequivocally not a Croc, water shoes were designed for ease of movement between water and land, without emphasizing one over the other, all the while allowing feet to dry quickly so as to prevent athlete’s foot.

As far as footwear comes, it is the closest thing to a cure for uncertainty. Or as Teva, the pioneering company in amphibious footwear, used to say: “Free your feet and your mind will follow.”

The present-day demand for footwear that offers no inhibition has spurred luxury brands and performance footwear makers to reimagine the category for strange times. Earlier this spring, before the coronavirus brought daily life to a halt, Balenciaga sent its models splashing down the runway in water shoes, an ode to climate change.

For the last year, Kanye West’s Yeezy brand has been teasing a “foam runner,” made in part from hydroponically produced algae, which is reportedly planned for a 2020 release.

In March, the leap became most visible when Hoka One One, a forward-thinking maker of running shoes, introduced its Hopara line of high-performance water shoes, made to “fly” over terrains as diverse as “remote forests” or “urban jungles.” Built on a paunchy mound of rubberized ethylene-vinyl acetate (EVA), the Hopara arrived in the mold of the company’s tumescent running shoes, whose strange geometry has helped attract a fanatic fan base.

The Hopara veers into less familiar territory with cutouts slashed into its sides, for easy water drainage, and a rubberized toecap that looks like a small plate of armor, to protect against riverbed rocks. Despite its bulky appearance, the shoes weigh only 12 ounces.

What the Hopara makes clear is that the water shoe is moving into that final evolutionary stage of footwear: the street wear grail. In this case, a grail worn predominantly by those who will likely never reach the trails and streams for which the shoes are intended.

Kaitlin Phillips, a publicist and writer who lives in New York but who was born and raised in Montana, home to an avid hiking community, prefers to walk around Manhattan in her Chaco water shoes because they are so comfortable. “I don’t know how many pairs I have,” she said.

Ms. Phillips said she has witnessed the rise of the water shoe on New York streets, specifically among people in the arts scene. She pointed out that Camilla Deterre, an artist and model, recently flaunted her new Merrell Hydro Mocs on Instagram. And Brendan Dugan, the owner of the Karma gallery in the East Village, is often seen at openings in Birkenstock EVA sandals.

After Hoparas were recommended in GQ (which suggested wearing them with socks “and maybe a suit”) and listed by the street wear publication Highsnobiety, the shoe sold quickly at hype-driven street wear boutiques. REI, a more traditional retailer, focused on outdoor gear, had so much success selling Hoparas online that it plans to move the shoe into its stores in 2021.

This kind of crossover success, for a shoe as fashion defiant as the Hopara, is further evidence that consumers aren’t looking for footwear that serves a singular need. They’re drawn to the water shoe as a function of the “abjection trend cycle,” said Thom Bettridge, the Highsnobiety editor. In this cycle, the ugly is embraced unironically by daring consumers, and in the process, they relieve a serious amount of pent-up fashion shame.

“Recent histories are embarrassing,” Mr. Bettridge said. “When you look at the water shoes you wore five to 10 years ago, you feel disgusted. But you can conquer what once embarrassed you. You conquer it by loving them again, and now you’re seeing people starting to indulge in their out-of-placeness.”

While some may find this pop psychology less than convincing, Mr. Bettridge noted that this new wave of water shoes offer another form of mental relief: They’re relatively cheap and easy to obtain, a rarity in the world of drops and overhyped footwear. The Hopara starts at $120, and Mr. West’s foam runners are anticipated to sell for $75.

The Hydro Moc is even more affordable. A water shoe released last fall by Merrell, the maker of high-performance hiking boots, it has a list price of $40 and is something of a Croc gone wild.

It is constructed from a single piece of rubberized EVA, with the exception of a rubber heel strap. It’s offered in eight different tie-dye colorways, styled to mimic water’s hazy emulsions. The shoe’s array of pocked cutouts, for air flow, could set off a trypophobic response.

Some see the Hydro Moc as an enlightened response to the reign of the Croc, a moment defined by comfort at the cost of function and remorseless ugliness.

“The Croc is so destroyed — it’s played out,” said Chris Black, a partner at the Public Announcement brand consultancy, who noted the Croc’s own cultural upcycle, from suburban mom standard to Balenciaga novelty. “I think people will buy the Hydro Moc because they look crazy and they’re not a Croc,” he said. “Plus, they’re new and very cheap, making them immediately appealing to a wider swath of consumers.”

Merrell introduced the Hydro Moc to satisfy demands from its “hard-core” hikers, who wanted a shoe that could be worn around a campfire after a day on the trail. This required a featherweight approach to the design, and at 14 ounces, the Hydro Mocs are lighter than most bottles of water.

“This shoe was designed for the kind of hiker that saws the handle off their toothbrush to save space in their kit,” said Scott Portzline, the Merrell vice president for design, who oversaw the shoe’s production. Achieving the ultimate goal of versatility is the main reason the shoe has made the jump from hikers to city dwellers.

“‘Versatility’ is a word I love to hate,” Mr. Portzline said. “But it’s still awesome. It means you’re getting more out of less, and people are embracing that more than ever. From a fashion perspective, it’s when we knew we were on to something.”

Since its release last fall, the Hydro Moc has become one of Merrell’s best sellers. “We don’t see the Hydro Moc going away in the near future, even if consumers move on to the next thing,” said Lindsey Lindemulder, the company’s marketing director for lifestyle. “It will remain a part of the footwear landscape, theoretically for the rest of time, because it’s such a new space for consumers.”

Mr. Black, for his part, doesn’t think water shoes, and the Hydro Moc specifically, are immune to trend cycles. In a Strategist column in New York Magazine, he shortlisted the Hydro Moc as an ideal “house shoe” for anyone locked into the cycle of working, dining and dressing up in their homes.

Will this iteration of the water shoe cycle become another casualty of whiplashing hype cycles? Or is its flummoxing ascension, timed to the weirdness of our world, more timeless? The question may best be answered by the man who first dreamed up the amphibious footwear category, Mark Thatcher.

In 1982, this former river guide and geologist founded Teva, and patented the sports sandal design after recognizing the need for a shoe that could be worn in and out of water with maximum ease. Today Mr. Thatcher, 65, spends his days in quasi-retirement on the rivers of Sedona, Ariz., while conjuring the next innovative leap in water shoe design for his newest endeavor, the Sazzi, which he expects to be available next year.

As may be expected of someone who has spent his life predominantly focused on the sports sandal, Mr. Thatcher hasn’t abandoned the ethos behind Teva’s old slogan. In other words, it’s less a question of the times or the moment than human nature. It’s all in our minds.

“Footwear connects you to the earth, to feelings of well-being, agility and health in general,” Mr. Thatcher said. “People will buy them for fashion, but it always comes back to a deep subconscious thing. Freeing your feet can open up parts of your mind.” 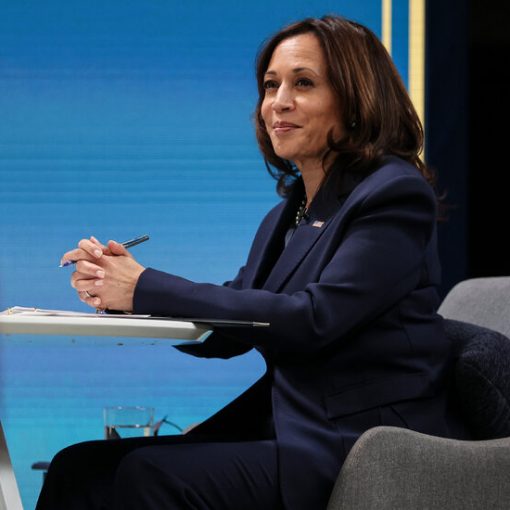 I am about to lose my job because of pandemic budget cuts, and I am feeling discouraged. Now I have to do […] 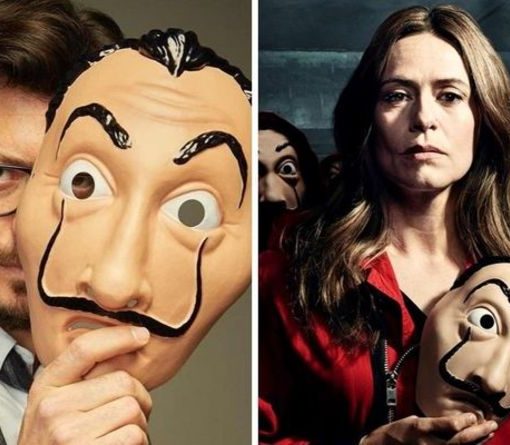 Streamers worldwide have been itching to get their hands on the fifth and final instalment of the popular Spanish series, Money Heist. […] 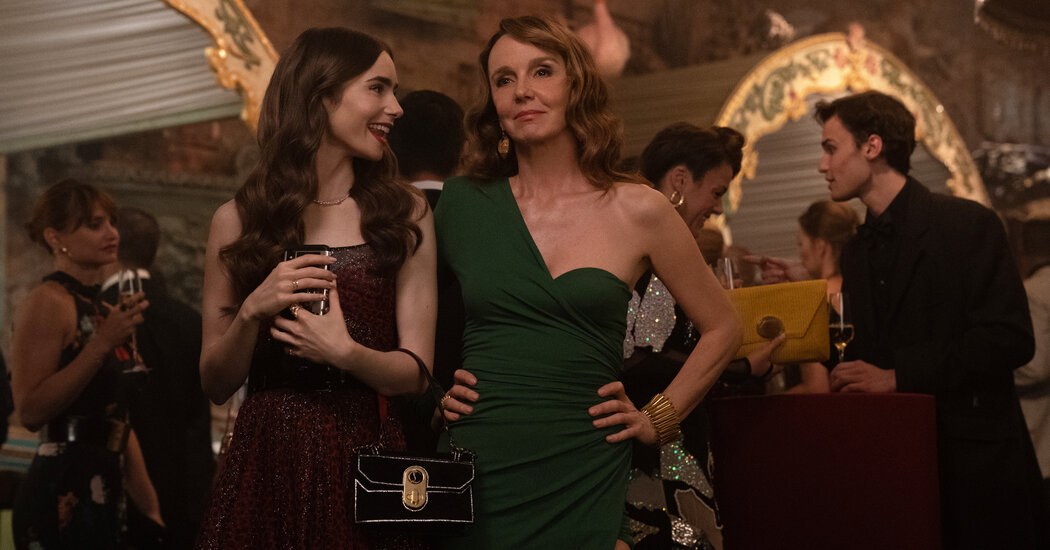 PARIS — France may have gone back into lockdown last month, but it still has an international ambassador on small screens everywhere […] 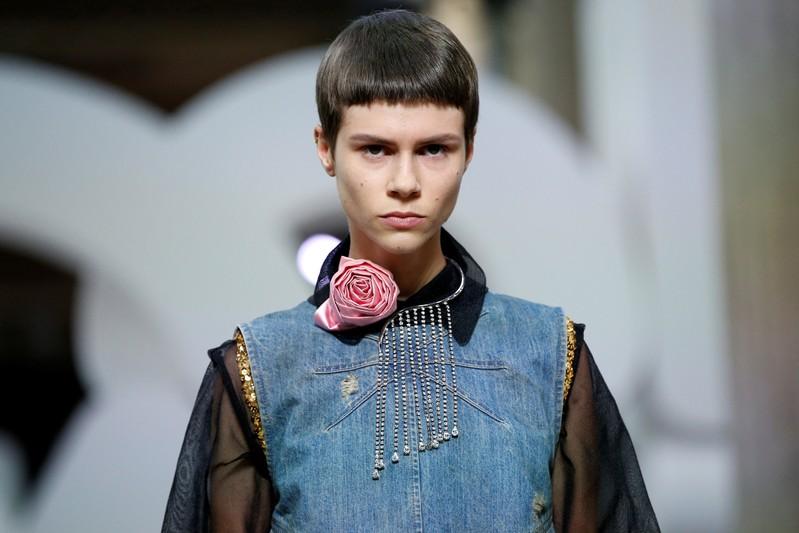 PARIS (Reuters) – Distressed denim looks got a glamorous makeover on the runway at Miu Miu on Tuesday, as models rocked jean […]