The maker of the Switch and Switch Lite game systems has become disenchanted with the mobile market, Bloomberg noted, as sales of three out of four of its mobile offerings lost money from February to May of this year.

Nintendo also seems to be uncomfortable with the dominant business model in the market, which allows players to download and start playing a game for free, then entices them to spend money on the software through in-app purchases.

“The free-to-play business model dominates in mobile and even with a partner in DeNA, I don’t think Nintendo really ever got comfortable with that business model,” Lewis Ward, the research director for gaming at IDC, a market research firm in Framingham, Mass. told TechNewsWorld.

Those tactics have come under the increased scrutiny of regulators, which also concerns Nintendo, a brand with a family-friendly image.

The Japanese games company was so worried about in-game purchasing, Bloomberg maintained, that it requested its mobile development partners not to force players to spend a lot of money inside their offerings.

“Nintendo wasn’t able to monetize its mobile games in the way that it wanted to,” observed Kristen Hanich, an analyst with Parks Associates, a Dallas, Texas
market research and consulting company specializing in consumer technology products.

“In mobile, the freemium business model is a major money-maker,” she told TechNewsWorld. “Nintendo has preferred not to go down this route, and to date has favored paid games or even subscriptions in lieu of charging for add-ons.”

Those alternative mobile gaming models haven’t met the revenue expectations of the company, according to Bloomberg.

Hanich explained that the challenge for Nintendo lies in getting people to pay for games when they’re used to getting them for free.

“People are generally more willing to pay for console or PC games than for mobile,” she said.

“Although mobile generates quite a bit of revenue, much of it is from ‘whales’ — big spenders who essentially subsidize other players with their purchases,” she added.

During a first quarter survey of broadband households in the United States, Parks Associates found that 56 percent of them played games on either a tablet or smartphone, followed by PCs (51 percent), consoles (28 percent) and other platforms (20 percent).

Despite the popularity of mobile gaming, Nintendo’s interest in the segment seems to have been tepid at best. “I think Nintendo’s mobile efforts have been a stopgap measure to shore up flagging investor interest since Wii U flopped,” Ward observed.

“Now that Switch is crushing it, Nintendo can afford to shelve mobile gaming — until the next draught comes along,” he added.

Michael Inouye, a principal analyst with ABI Research, a technology advisory company headquartered in Oyster Bay, N.Y. agreed that the success of the Switch console and Switch Lite portable game device has relieved the pressure on Nintendo to invest in mobile gaming.

“When Nintendo started targeting mobile gaming it was coming off of the poor performing Wii U platform,” he told TechNewsWorld.

Inouye explained that Super Mario Run, for example, was launched for Apple’s iOS in late 2016 prior to the launch of the Switch in March 2017, while the Android version of the game appeared around the same time as the Switch.

“Mobile in this case was pushed as a way to leverage Nintendo’s IP onto a new platform to expand the business and reassure investors that the company had a diversified plan in case things didn’t go as expected with the Switch,” he said.

Ultimately the Switch has performed very well, Inouye continued, and it is allowing Nintendo to focus its efforts on its core businesses.

“The company isn’t abandoning mobile gaming but adjusting its priorities,” he said.

Inouye acknowledged, though, that Nintendo’s performance in the mobile market was a checkered one.

It had a mega hit with Pokemon Go, but for the most part, Inouye pointed out that the company chose to release game types similar to others in the crowded mobile game space.

“That meant relying on its brand awareness to drive downloads,” he explained.

Brand awareness would be strongest with Nintendo’s core base, but many in that base had brand expectations.

“These users more strongly associate these franchises with Nintendo’s consoles so the company had to balance monetization on mobile and expectations from its core user base, who may be less accustomed to — or open to — microtransactions, or pay-to-play or win models,” Inouye said.

“I would also posit that some of Nintendo’s key franchises like Mario have less global appeal than they did during the 80s and 90s,” he added.

“That contrasts with something like Pokemon, which is associated with Nintendo’s consoles, but also has animated content as well,” he said. “Pokemon Go was relatively innovative in the mobile gaming space when it launched.”

Nintendo’s rocky experience in the mobile market doesn’t seem to have hurt its overall performance. During the quarter ending in March, the company made US$3.3 billion in operating profit, a 41 percent jump from a year ago and the highest in nine years.

Those risks include regulators clamping down on certain exploitative monetization strategies and the freemium model hurting Nintendo’s child-friendly brand.

“By focusing on the console space specifically,” Hanich said, “Nintendo retains control over its brand image and doesn’t need to sacrifice any of its revenue to Apple or Google’s storefronts.”

While protecting that family-friendly image is important to Nintendo, how important, though, may depend on the success or failure of the next new product.

“Nintendo has a brand to maintain in terms of being family friendly, but if you look at the gaming titles arriving to the Nintendo Switch, the company is targeting a wider audience than younger individuals alone, so things here could change to some degree,” Inouye said.

“In the meantime,” he continued, “there could still be some reticence when pushing business models that might be perceived as addicting or viewed as a type of gambling, but if the Nintendo Switch hadn’t been successful, I would imagine Nintendo would more actively push monetization in its mobile titles.” 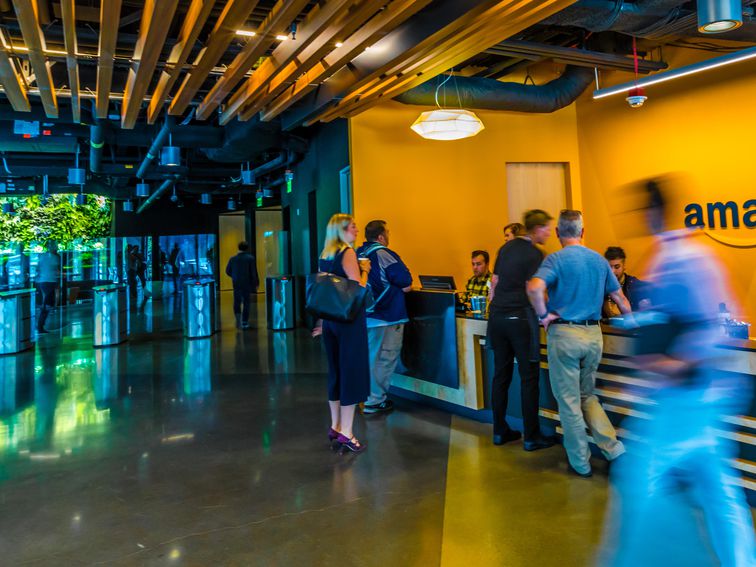 At Amazon’s corporate headquarters in Seattle, where workers are busy managing the biggest e-commerce site in the world on the busiest online […] 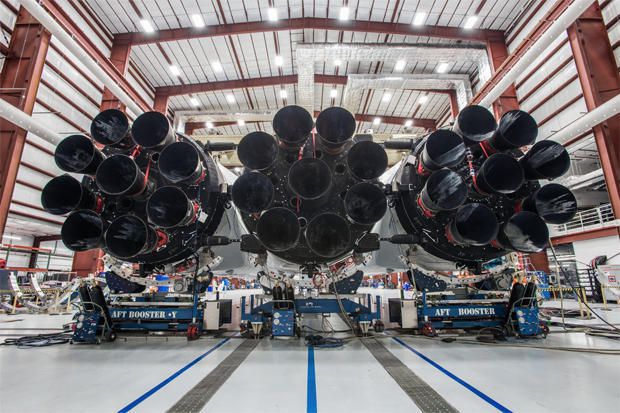