OAKLAND, Calif. — Jack Dorsey has won plaudits for his corporate activism during the coronavirus crisis, taking on President Trump in his role as Twitter’s chief executive and donating nearly a third of his total wealth to pandemic relief.

But at Mr. Dorsey’s other company, Square, a payments business where he is also chief executive, he is facing a growing chorus of unhappy customers.

Thousands of small enterprises that use Square to process their credit card transactions — including plumbers, legal consultants and construction firms — have complained that the company recently began holding back 20 to 30 percent of the money they collected from customers. The withholdings came with little warning, they said, and Square asserted the right to hang on to the money for the next four months.

Square told them that it was doing this to protect against risky transactions or customers who demanded their money back. But several affected businesses provided documents to The New York Times showing they had not had any returns or risk flags.

Square was unfairly keeping money from them at an economically vulnerable time to protect its own bottom line, they said. That had thrown their small businesses into financial difficulties, they added, forcing them to lay off employees, cut expansion plans, take out loans and miss mortgage payments.

“It may not be the coronavirus that puts us out of business but actually the greed of Square that breaks the camel’s back,” said Jesse Larsen, the owner of PennyWise Contracting, a construction company in Olympia, Wash.

He said Square had begun holding on to 30 percent of each transaction in early May, which totaled thousands of dollars for him. Without those funds, he said, he had to put a hold on hiring and sell a boat and other personal property to keep his company operating.

Over the last month, around 1,300 business owners have signed an online petition asking Square to end the withholding. On Facebook, Twitter and consumer complaint sites, an array of small businesses have groused about the tough situation Square has put them in.

A Square spokesman said it would publish a blog post on Tuesday to explain its new “rolling reserve” policy, the one that some merchants have experienced. In the post, which Square shared with The Times ahead of publication, the company said it had begun holding back money late last year and expanded the practice after the virus-related lockdowns as a way to protect consumers against losses. It said it had put reserves in place on only 0.3 percent of its millions of merchants.

“We apply reserves on more ‘risky’ sellers, such as those that take prepayment for goods or services delivered at a future date, sell goods or services more prone to disputes, or operate in an industry that historically receives higher chargeback rates than others,” Square said in the post.

The San Francisco company, which is known for mobile payments and the square credit card reader that can turn smartphones and tablets into payment devices, has long made most of its money by deducting between 2 and 4 percent in fees every time a merchant uses Square to process a credit card or debit card transaction.

Keeping back parts of a transaction is legal. All payment companies have policies that allow them to hold back some portion of money from businesses if there are indications of trouble.

But Square did not withhold money before. And it appears to be the only payment company that is systematically applying the practice beyond the industries that the lockdowns hit particularly hard, such as travel companies, according to industry consultants and competitors.

“Most companies are doing the opposite and trying to help small businesses,” said Richard Meldner, the publisher of eSellerCafe, an industry publication that wrote about Square’s withholding in May. “In all of this, Square is doing what the other companies did not.”

Square has been hit harder by the pandemic-induced recession than other technology-focused payment companies. More than rivals like PayPal or Stripe, Square focuses on merchants with physical stores, many of which had to close during shelter-in-place orders.

Last month, when Square disclosed its financial results, it said it had swung to a $106 million loss for the quarter and reported that it was increasing the cash it had on hand by 290 percent to hedge against future losses.

But many businesses whose money has been withheld said it was unfair for them to contribute to Square’s financial cushion when they had shown no signs of being an increased risk.

Sean Weber, the owner of Legal Knock, a company near Los Angeles that builds websites for law firms, provided documents showing that he had used Square for two years and never had a customer ask for money back. Yet Square began withholding money from him in May, totaling around $4,000, he said.

Mr. Weber said the only warning he had gotten was an email right before the first deductions, with little explanation. When he called Square to ask what he had done wrong, he initially had trouble getting through. The company later told him that it was a general policy imposed as a result of the risks caused by the pandemic.

“I told him: ‘That’s not my problem. Why do I have to bear the burden of that?’” Mr. Weber said he had responded. He was told there was no appeals process or method for getting the money released, he added.

Mr. Weber said he had since had to miss the $3,000 monthly mortgage payment on his home while looking for a new payment processor. When he complained about Square’s policy on Twitter, the company blocked him, something it has also done to other customers who have publicly brought up the issue.

Nikol de Riso, the owner of EGA Solutions in Palmetto, Fla., said she could not get a response from Square for two weeks about the money it had held from her business, which provides various legal and practical services for small businesses. When she finally got someone on the phone, she said, she was told that the withholding was a general policy and not a result of any risks in her business.

Square said it planned to announce on Tuesday that it was providing merchants with more notice and more information about why they were facing reserves.

Without the money that was being withheld, Ms. Riso said, she had to furlough seven of her 53 employees while she switched over to a different processor, Redde Payments. Redde imposes no reserves and is charging her less for each transaction — around 2 percent instead of the 3.5 percent she paid Square — and she said she had an account representative who picked up the phone when she had problems.

“My company is not going through a hard time, so why punish my people?” she said she had asked Square. “You are stealing other people’s money.” 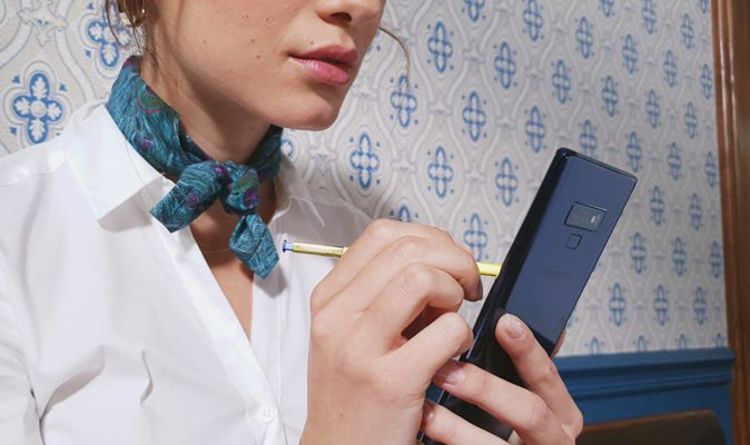 Galaxy Note 9 released back in August and is certainly one of the best phones of 2018. That is because the device […] 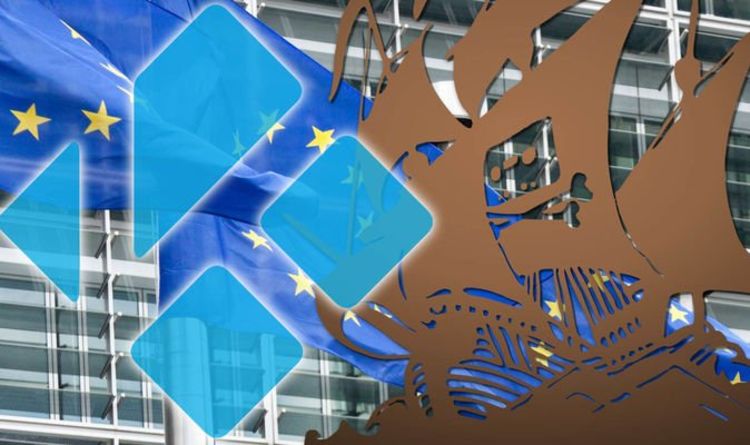 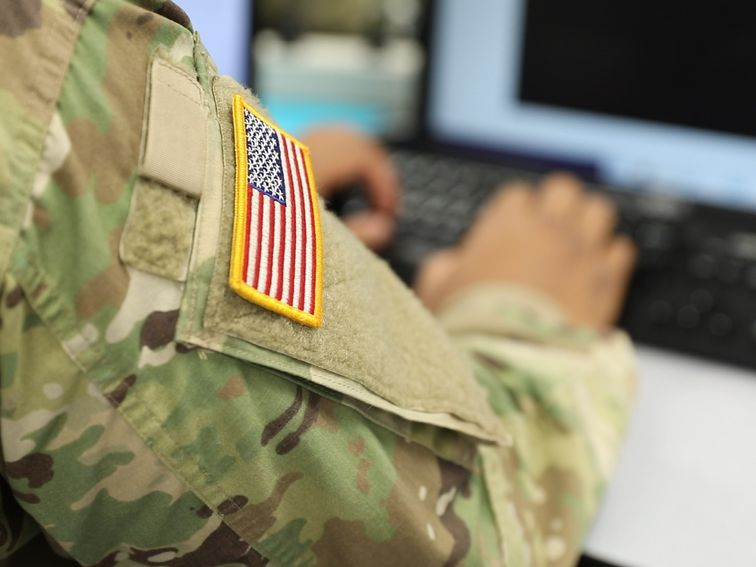 A US Army cadet during a cyberdefense exercise. CNET The US military’s Cyber Command has gotten more aggressive than ever against Russia […] 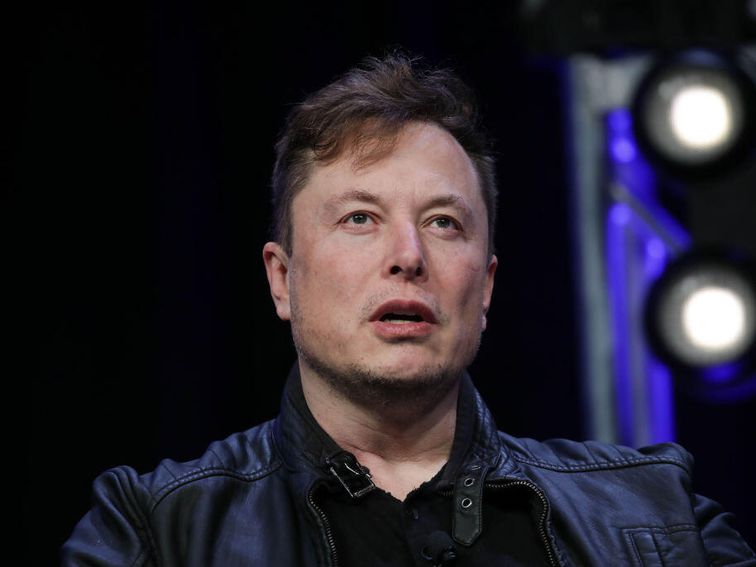 SpaceX is preparing for a historic launch on Wednesday. SpaceX Wednesday’s Falcon 9 rocket launch will be the first time a private […]