FRANKFURT, Germany — An official in northwest Germany says the number of workers infected in a coronavirus outbreak at a slaughterhouse in Germany has risen to 1,029 from 803 reported a day earlier but there is no evidence of a “significant” spread into the community.

The regional government has issued a quarantine order for all 6,500 workers and managers at the Toennies firm’s meat processing facility in Rheda-Wiedenbrueck and for their family members.

German news agency dpa quoted regional official Sven-Georg Adenauer as saying Saturday, “We have no significant introduction of coronavirus into the general population.”

More than 3,000 workers have been tested thus far. Testing continued Saturday at the facility with the support of police and 25 military personnel, dpa reported.

Some employees were under a so-called working quarantine, meaning they only are allowed to travel between home and work.

— A person familiar with the decision says Major League Baseball is closing all of its spring training sites over concerns about the coronavirus pandemic. Earlier, the Philadelphia Phillies said five players tested positive for COVID-19 this week at the team’s spring complex.

— As the coronavirus spreads deeper across America, it is ravaging Latino communities from the mid-Atlantic to the Southwest, infecting them at alarmingly high rates and amplifying the inequalities they live with. Latinos are especially vulnerable to infection because they tend to live in tight quarters with multiple family members and have jobs that expose them to others.

— The “COVID” is a coffin that eliminates precious woods, detailed carvings and glass viewing panes in favor of a plain box of cheaper wood that is fast to produce in quantity. It’s the perfect product for Chile, a country that has become a hot spot for the coronavirus despite aggressive government measures to control its spread.

The national coronavirus task force on Saturday reported 161 deaths over the past day, bringing the national total in the pandemic to 8,022.

The country’s comparatively low virus mortality rate has raised questions both in Russia and in the West, with some suggesting officials may be manipulating the numbers for political purposes.

ALBANY, N.Y. — New York Gov. Andrew Cuomo wrapped up a string of more than 100 daily briefings that had become appointment viewing around the nation by declaring that the state has “done the impossible” in taming the coronavirus.

The Democratic governor appeared alone behind his desk Friday during a brief address, a departure from his routine of presenting slides with bar graphs of COVID-19 hospitalizations and then taking questions from reporters.

But his message was the same as in recent days: New Yorkers at the epicenter of the U.S. outbreak worked together to fight the virus and now must be on guard for a second wave.

As case numbers climbed, the briefings, usually from the state Capitol, were covered live daily by networks, notably CNN, the employer of the governor’s younger brother and on-air sparring partner, Chris Cuomo.

Through his 110 briefings with reporters, the governor could be alternately informative, grave, jocular and combative.

On any given day, Cuomo fretted over the safety of his 88-year-old mother, got misty-eyed over the gift of a single mask, defended charges he locked down the state too late or grieved over daily death tolls that climbed as high as 800.

On Friday, Cuomo said an average of 25 people per day were dying this week. The number of people hospitalized with COVID-19 was 1,284, compared with more than 18,000 at the peak of the outbreak.

ROME — Pope Francis has welcomed doctors and nurses from Italy’s coronavirus-ravaged Lombardy region to the Vatican to thank them for their selfless work and sacrifice.

Francis told the delegation on Saturday that their example of professional competence and compassion would help Italy forge a new future of solidarity.

Francis said Lombardy’s medical personnel became “angels” helping the sick recover or accompanying them to their death, given their family members were prevented from visiting them in the hospital. He said they “gave witness to God’s proximity to those who suffer; they were silent artisans of the culture of proximity and tenderness.”

The northern region of Lombardy, Italy’s financial and industrial capital, was the hardest-hit region in the onetime European epicenter of the pandemic. It has counted more than 92,000 of Italy’s 232,000 infections and half of its 34,500 dead.

Casinos, beauty salons and sit-down restaurant service are among the latest permitted activities as President Cyril Ramaphosa this week warned citizens that the fight against the coronavirus is a personal responsibility.

South Africa once had one of the world’s strictest lockdowns. It now makes up about 30% of the cases on the African continent, or more than 87,000. Its public laboratories are struggling to keep up with testing, with an average turnaround time of 12 days for results.

Africa’s 54 countries have more than 286,000 virus cases overall, but a shortage of testing materials means the real number of infections is unknown.

LONDON — British coast guards say they have detained five cruise ships after concerns about the welfare of crew members stranded by the coronavirus pandemic, some of whom have been aboard for a year.

The Maritime and Coastguard Agency says it found “a number of expired and invalid Seafarers Employment Agreements, late payment of wages and crews who had been on board for over 12 months” when it inspected the ships.

Four of the vessels — the Astoria, Astor, Columbus and Vasco da Gama — are berthed at Tilbury Docks, east of London. The fifth, the Marco Polo, is at Avonmouth in southwest England. All five belong to Global Cruise Lines Ltd., which has its headquarters in Greece.

Coast guards say the ships will be detained until the labor breaches are resolved.

The All India Seafarers Union wrote to the Indian government last week seeking help for Indian crew aboard the Astoria it said were “stuck in foreign waters.”

The planned easing of restrictions for cafes, restaurants and pubs, from a maximum of 20 guests to a maximum of 50, will be deferred for three weeks. Businesses that are set to open for the first time Monday, including gyms and cinemas, will be allowed to do so but with a maximum of 20 people.

More than half of the of the new cases in Victoria have come from family-to-family transmission, Andrews said, adding: “I’m frustrated by it. I’m disappointed by it.”

He said the numbers remained low but the state authorities are “acting quickly and early to get back on top of it.” Andrews flagged the prospect of COVID-19 hot spots being forced back into stay-at-home lockdown if local outbreaks become serious.

Victoria state has accounted for 19 of Australia’s 102 deaths from COVID-19, and almost 1,800 of the country’s 7,411 confirmed infections, according to data compiled by Johns Hopkins University.

ISLAMABAD – Pakistan has reported 153 COVID-19 fatalities, a new daily record, as infections continue to spiral, pushing the overall number of confirmed cases to 171,665.

Hospitals are filling up and in many cities across the country, COVID-19 patients are being turned away.

In a country of 220 million people, Pakistan has less than 3,000 ICU beds, among the world’s lowest. Ventilators are being distributed to some of the worst-hit areas and the government has sealed more than 800 residential and business areas where clusters of infections have surfaced.

Yet despite urging from medical professionals, who have recorded more than 3,000 infections from among their ranks, and the World Health Organization, Pakistan has refused to impose strict lockdowns. Prime Minister Imran Khan says easing restrictions is the only way to save the economy.

On Friday, Pakistan signed a $1.5 billion loan agreement with three international lending institutions. The country’s poverty rate of 30% has jumped to 40% in just three months.

SEOUL, South Korea — South Korea has reported its largest 24-hour increase in confirmed coronavirus cases in about three weeks amid an upward trend in new infections.

Officials said Saturday that the 67 additional cases raise the country’s total to 12,373, with 280 deaths.

The 67 cases is the largest daily increase since South Korea reported 79 cases on May 28. Officials say 31 of the new cases came from outside the country and the other 36 were locally transmitted.

South Korea is seeking to contain a spike in fresh virus transmissions since early May when it eased social distancing rules. Most of the new cases have been reported in the densely populated Seoul metropolitan area, where about half of the country’s 51 million people reside.

BEIJING — China’s capital has recorded a further drop in new confirmed coronavirus cases as tightened measures to contain the spread remain in place.

Officials reported 22 new cases in Beijing on Saturday, along with five others elsewhere in the country. No new deaths were reported and 308 people remain hospitalized for treatment for COVID-19.

One of the Beijing cases is a nurse at a hospital in the suburban Changping district. The Peking University International Hospital where she worked is now under tightened restrictions, along with residential communities in the surrounding area.

A total of 205 people have been diagnosed with the virus in Beijing since the outbreak began last week, with at least two of them critically ill and 11 others in serious condition.

YAKIMA, Wash. — Yakima County has the highest rate of coronavirus infection in Washington state and its hospitals are beyond capacity with sick patients.

The Yakima Health District said Friday that there was no space for more patients the previous night at Virginia Mason Memorial hospital in Yakima, which has more than 200 beds.

The Seattle Times reports that at least 17 patients had already been transferred out of Yakima County. That leaves 61 individuals in Yakima hospital beds with COVID-19 diagnoses, the county’s highest to date.

Yakima County accounts for 22% of all hospitalized COVID-19 patients in Washington state — 61 of 242 cases. It has more cases than King County, which is home to Seattle and has almost 10 times more people than Yakima Count.

SAO PAULO — Brazil’s government says the country has surpassed more than 1 million cases confirmed coronavirus cases. That is second only to the United States.

The country’s health ministry reported Friday that the total of cases had risen to 1.032.913, up more than 50,000 from the previous day. The ministry says the sharp increase was due to corrections from previous days.

Brazilian President Jair Bolsonaro still downplays the risks of the virus after nearly 50,000 fatalities in three months. He says the impact of social isolation on Brazil’s economy can be more deadly.

Specialists believe that the actual number of cases could be up to seven times higher, with the coronavirus now heading into underequipped smaller cities inland, where health professionals are also fewer. 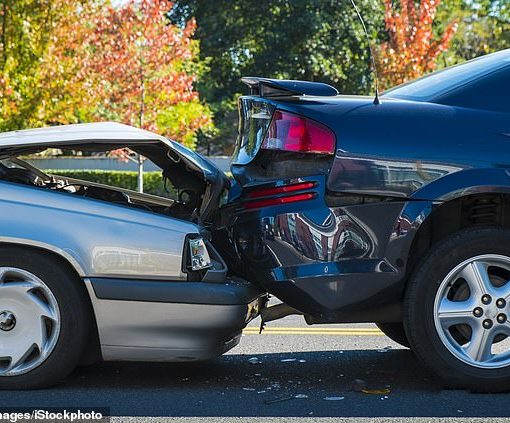 (Reuters Health) – A smartphone-based relaxation app could help migraine sufferers reduce the number of headaches they get each month, a small […] 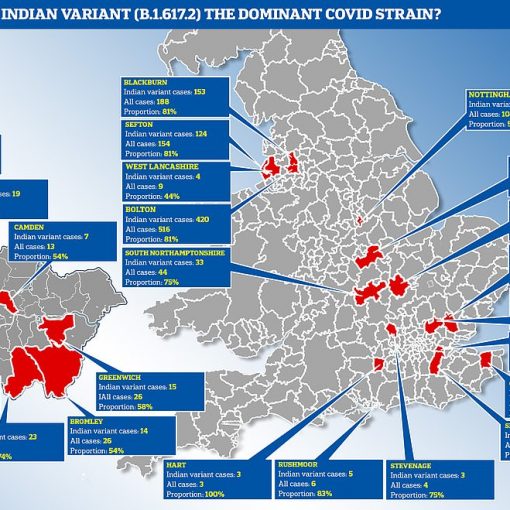 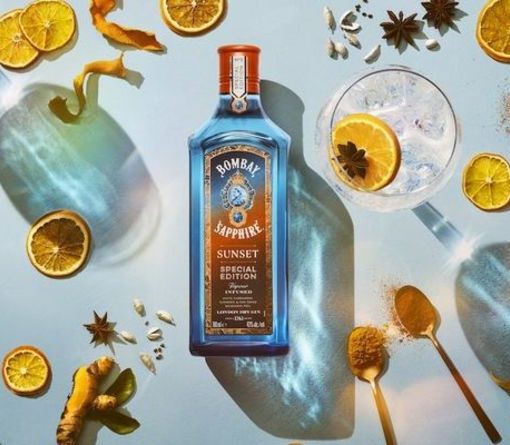 Loved by the nation for fragrant and flavourful gins, Bombay Sapphire’s latest launch is an ode to hot summery evenings. Here’s everything […]