While White House economic advisers and Congressional leaders discuss the possible benefits of a second round of stimulus checks on the US economy, an extra $1,200 isn’t the only idea coming out of Washington. President Donald Trump floated the idea of a travel tax credit during a May round-table discussion at the White House for getting through the coronavirus pandemic.

“Create an Explore America tax credit that Americans can use for domestic travel, including visits to restaurants,” the president proposed during the meeting. “That’s a big deal.” Expanding on the president’s idea, the US Travel Association suggested a $4,000 temporary travel tax credit (PDF) that could cover anything from meals and lodging to gasoline while traveling in the US. It isn’t clear if the travel credit would supplement or replace another direct payment to you.

Meanwhile, talk of repeating the original stimulus check one way or another is still very much on the table. The problem is the president, Senate and House can’t seem to agree about early proposals, and real deliberation isn’t yet underway.

Round 2 of a stimulus check might not be the same if it does come. There could be new terms for who qualifies, how much money you could get and how you might get it. Here’s what we know about three competing government proposals and how much money they could provide. This story updates frequently and is intended as an overview of the current situation.

If you’re still waiting for your first stimulus check, here are 10 possible reasons for a delay and what you can do if you think your payment is lost or fallen through the cracks.

How much money could I get from a second stimulus check?

Those are some suggestions from prominent Democrats. The Senate and White House have yet to chime in with their preferences and projections, but we’re keeping our ears and eyes peeled for hints.

Remember that how much you get will eventually depend on who you are. For example, even if the bill passes, there will certainly be eligibility restrictions based on criteria like how much money you make annually, your age and your US citizenship or residency status, to name a few qualifications applied to the first stimulus check.

The goal of the second stimulus check would be the same as the first: to help individuals and businesses affected by the coronavirus outbreak. That includes people who couldn’t work because they got sick, were furloughed or cut to part time or lost their jobs when businesses closed to slow the spread of COVID-19.

“This direct support can make a critical difference not just in helping families and businesses in a time of need, but also in limiting long-lasting damage to our economy,” Chairman of the Federal Reserve Jerome Powell said in remarks before the Senate Banking Committee earlier this week.

First-time unemployment claims topped 1 million (PDF) for the 13th straight week, the Department of Labor revealed on June 18 and the US is now in a recession, according to another US agency. Earlier in June, the department reported that the national unemployment rate slightly dropped in May as more people went back to work, declining from 14.7% in April to 13.3% in May, as states allowed businesses to reopen and hire or rehire employees.

According to the World Bank, we are in the deepest global recession in decades. Americans continue to show concern about the state of the economy since the start of the pandemic, according to a June 5 poll by the Financial Times, with more than a third now saying a global slowdown is the biggest threat to the US economy.

Under the backdrop of high unemployment and a potentially lengthy recession ahead, some wonder if the first check did enough for individuals, families, businesses and those who are out of work. The question of future stimulus checks rests in part on how best to distribute additional aid.

The White House vision for the second stimulus check

The White House plan is still taking shape, according to The Wall Street Journal, with Trump and his economic advisers looking to boost the US economy with incentives for workers to find new employment or return to their preexisting jobs, eat at restaurants and take vacations, for example.

The president has already expressed support for a second round of checks. “We’ll be asking for additional stimulus money,” he said earlier this month. “Because once we get this going, it’ll be far bigger and far better than we’ve ever seen in this country — that includes as of three or four months ago, when everyone thought it was great and it was great.”

Expanding on the president’s remarks, late last week, White House adviser Peter Navarro tweeted that the president is looking for at least $2 trillion for the next stimulus package, “with a bulk of that focused on bringing home our manufacturing base,” Navarro said. It isn’t clear how much of that would go to stimulus checks for individuals and families.

According to The Wall Street Journal, the White House will begin sketching out its own proposal for a second stimulus package this month. Presidential advisers are expected to focus on initiatives that could help the US economy recover, such as incentives for workers to find jobs and for people to spend money in their town.

The White House is also considering reducing unemployment payments to $250 or $300 a week during the second half of the year, which Republicans believe will induce people who lost their jobs to find work. Currently, payments are $600 a week, as part of the CARES Act passed in March. The enhanced benefits expire July 31.

The president continues to push for payroll tax cuts, an idea he brought up in March. “We will be going for a payroll tax cut,” he said earlier this month, “which will be incredible in terms of what we are doing because we are going to be bigger and better than we ever were.”

The White House is also looking at tax breaks for those who take a vacation in the US (PDF) this year to encourage spending, the Journal reported. Japan has taken a similar approach to encourage domestic travel. Presidential aides predict the terms of its package won’t be completed until July, according to the Journal.

What does the Heroes Act propose?

The House of Representatives, which has a Democrat majority, passed the Heroes Act on May 15. The bill, which has not passed the Senate and is not law, seeks a wide range of benefits for households, renters and people who live in the US and are not citizens, according to a fact sheet from the House Appropriations Committee (PDF). Because it’s already passed the House, the details of this stimulus proposal are the best known.

But that is no guarantee it will pass the Senate. In fact, McConnell has already dismissed the bill, as has the White House, saying the House package is “more concerned with delivering on longstanding partisan and ideological wishlists.”

Here are its outlines.

People who aren’t US citizens: Noncitizens who file tax returns, pay taxes and otherwise comply with federal tax law using an individual taxpayer identification number (ITIN) instead of a Social Security number would qualify for a payment.

What are Republican leaders offering?

Senate Republicans, led by Majority Leader Mitch McConnell, have sketched out the guidelines they want to follow for a second round, including a cap on the size of the bill and a stipulation it will be the final stimulus package related to the coronavirus pandemic.

McConnell said the Senate may start work on the package after its planned July recess, Bloomberg reported, which is scheduled to run from July 3 until July 17.

McConnell said a second bill would be narrowly focused and not exceed $1 trillion, Axios reported in late May. In comparison, the CARES Act is a $2 trillion package, the same amount the president targeted. The Heroes Act proposes to spend $3 trillion.

Would a second stimulus check arrive the same way?

The first stimulus payments have arrived via direct deposit, as a paper check and as a prepaid debit card. It’s possible that the way some people get a second payment would be different the second time around.

The House Financial Services Committee held a virtual hearing last week to discuss “digital dollars,” a payment method that could make it easier for some recipients to receive their stimulus money, especially if they don’t have a bank account, Fast Company reported.

While White House and congressional leaders may spend the next few weeks working on the outlines of their proposals, it’s not till the end of July that Washington is expected to begin hammering out the details of a second stimulus package, including if it will include a second round of payments for individuals and families and how much, if anything, they might expect in a check.

While the prospects for a second package seem promising — “The odds of a Phase Four deal are very, very high,” White House adviser Kevin Hassett told the Wall Street Journal this month — until Congress actually passes the bill and the president signs it into law, we’ll have to stand by.

While we wait to learn more about a second proposal, here’s information about unemployment insurance, what you can do if you’ve lost your job, what to know about evictions and late car payments and how to take control of your budget. A straighter smile in just six months: That’s the claim that has overrun brick walls and billboards in big cities promising busy […] 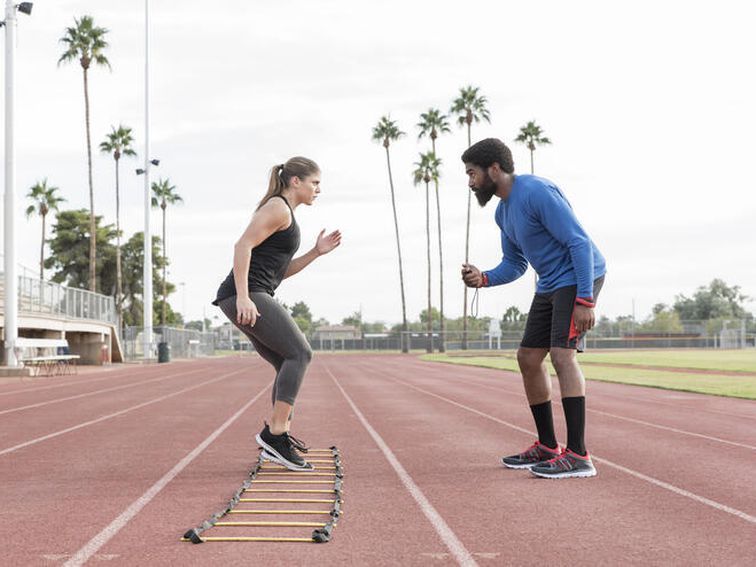 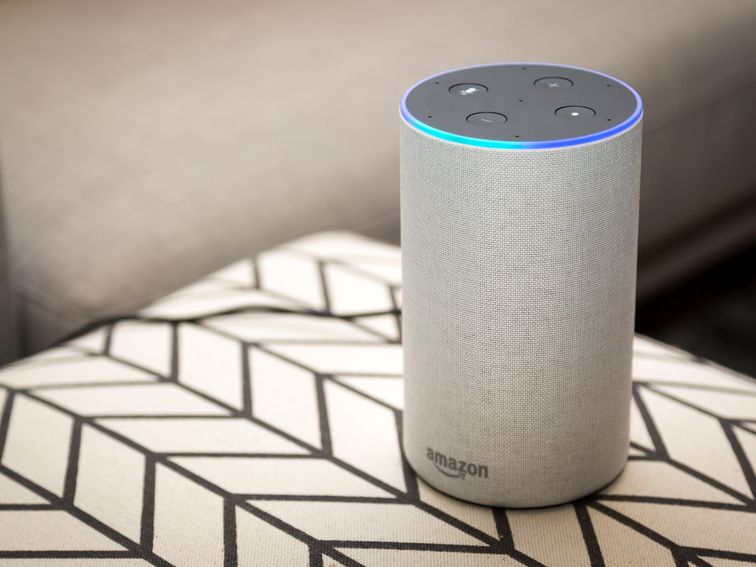 Your Amazon Echo can help you get some much-deserved rest. Amazon It can be tricky trying to fall asleep when you have a million […] 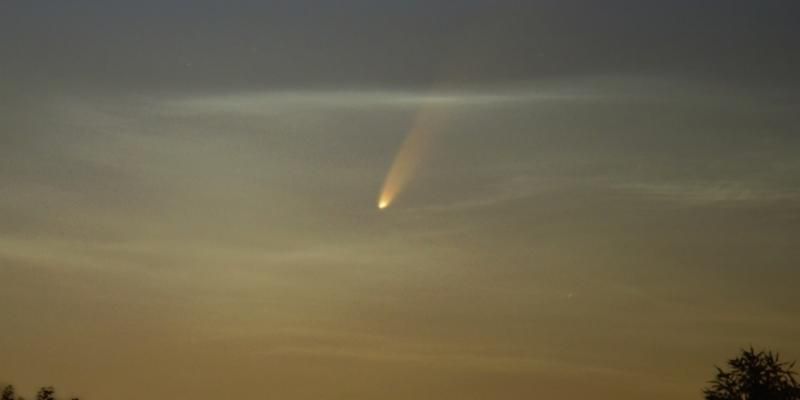 Comet Neowise as seen from the Czech Republic on the morning of July 6. Jan Tláskal/Spaceweather.com Comet Neowise, the most impressive comet […]