The ugliest claim made by John Bolton in the former national security adviser’s new “tell-all” book is that President Donald Trump encouraged Chinese leader Xi Jinping to continue rounding up Uighur Muslims into the concentration camps where they are tortured, separated from their families, and “reeducated.”

Bolton’s forthcoming memoir presents Trump’s dismissiveness to the crisis as part of the president’s broader efforts to secure foreign assistance for his reelection. But several officials told The Daily Beast it’s also just a part of who Trump is. Throughout his presidency, nine current and former senior administration officials say, Trump has exhibited a callous indifference to what has been described as crimes against humanity and cultural genocide taking place in China’s western Xinjiang province.

“He couldn’t give a shit,” said a former senior Trump administration official, who’s been in the room when Trump has discussed the Uighur crisis. This official added that in their experience, “there has never been any indication when the issue comes up that the president cares or is even making any effort to fake it.”

John Bolton Shows That All the President’s Men Are Cowards

In an interview with The Wall Street Journal, published shortly after excerpts from Bolton’s book were reported, Trump said it was “not true” that he had encouraged Xi to keep building the concentration camps. But according to others who’ve worked with the president on the issue, he has been—at the very least—consistently indifferent to the crisis.

Three other former or current senior officials say that at various points during his first term in office, when the human-rights issue is broached or when Trump has been briefed on it, the president has often quickly changed the subject. Sometimes, he will add an “Oh, wow” or an “Oh, really?” in response to a horrific data point or piece of related information, before moving on. None of these sources were confident that Trump was even paying full attention during these discussions, given his appearance of boredom. Usually, the president is content to deputize other top officials, particularly Vice President Mike Pence, to deal with it and handle much of the public relations on the matter, including by way of delivering speeches and meeting with religious freedom activists.

One current administration official said that Trump will, at times, show signs of fleeting concern or a peep of outrage in private meetings. But the source added that this is typically undercut by his limited attention span. This official recounted that during one policy discussion early last year, when the Uighur Muslims came up, President Trump interjected: “How is that our problem?”

“It was clear to most based off my conversations with the national security team that the president couldn’t care less about this,” one former Republican national security official said, referring to the Uighur camps.

A senior administration official pushed back on the notion that Trump had not shown interest, saying the president “has a strong, action-oriented record of holding the Chinese government accountable for its atrocities in Xinjiang, including with regard to the largest incarceration of ethnic minorities since World War II.” Many of the actions that the official listed were sanctions put into place against Chinese companies for human rights violations and moves, such as visa restrictions, that had been announced by the State Department.

“President Trump has demonstrated repeatedly that he protects those who cannot protect themselves – both here and abroad,” said NSC spokesman John Ullyot. “President Trump has led strongly from day one challenging wrongdoing by countries or institutions, and any suggestion that he’s doing otherwise when it comes to the Uyghurs is preposterous.”

Trump’s indifference to a crisis that has, according to United Nations estimates, kept over one million people in detention, is not for lack of knowledge. Even in an authoritarian country like China, where information is often tightly controlled, the outlines of the Uighur cultural genocide have been clear for much of his presidency. Two individuals familiar with the matter said that Trump was repeatedly briefed on the Uighur situation by the intelligence community and others, including particulars about the camps and the number of individuals rounded up by the Chinese government.

“I know the breadth and depth of what’s been happening in Xinjiang has been made available” to Trump, said Paul Heer, who was the national intelligence officer for East Asia from 2007 to 2015. Heer, now a distinguished fellow at the Center for the National Interest, said that while he had no specific knowledge of what was briefed to Trump, “as a matter of course, the topic is important enough to be incorporated routinely [in briefings] to the White House. He had every opportunity to know of this.”

Multiple former and current national security officials, some of whom worked under Bolton, said the National Security Council has for years tried to persuade Trump to take a greater interest in the Uighurs. And State Department cables obtained by The Daily Beast show the department actively working to confront the issue in public settings. For example, in April, U.S. Ambassador Peter Hoekstra met with Uighur activists and community members in the Netherlands.

“During the April 9 lunch with Ambassador Hoekstra, the Platform chairman and government liaison described the conditions of the Chinese government-run camps in Xinjiang and estimated that between 2.5 and five million Uighurs have been interned there,” one cable said. “He explained that torture occurs in these camps, which are divided into “A/B/C regimes,” with those in the harshest regime unable to even see the sunlight.”

The cable went on to note that Hoekstra’s subsequent tweet about their lunch had “gained significant attention with 148 retweets and 264 likes as of April 16.  The tweet also attracted the attention of the Minister Counselor of the local Chinese embassy, Ribiao Chen, who criticized via tweet Post’s outreach as a distraction from the spread of COVID-19 in the United States.”

Outside of State, officials say, it’s been mostly the National Security Council, by way of Matt Pottinger, the deputy National Security Advisor, who has tried to press the president and other senior administration officials to use the Uighur camps as a way to hold Xi’s government accountable. The NSC last year brought on a Uighur American, Elnigar Iltebir, as the director of the China desk.

“It’s something the China folks in the administration have cared a lot about. It’s the one issue that they felt like they had shifted the debate in a useful way,” said the former Republican national security official. “They think they’ve shifted the conversation. There’s been a lot of international attention on this. And it’s all been on the part of the national security team. Can they claim they have changed things on the ground? That’s harder to say.”

On Capitol Hill, the discussion has been far different. The plight of the Uighurs has attracted outrage among lawmakers and spurred bipartisan action. A bill to sanction the Chinese government over its conduct passed Congress on May 27 with near-unanimous support. It was signed into law by Trump the day that Bolton’s allegations broke. And on Thursday, very few of the Senate GOP’s China hawks seemed eager to make an issue of the book’s shocking account or to even call on Trump to address it.

“I can’t imagine the president saying, yeah, concentration camps are fine,” Sen. James Lankford (R-OK), a frequent critic of the Chinese government’s treatment of religious minorities, told The Daily Beast. Asked about Trump’s appetite to take up the Uighurs’ cause versus Congress, Lankford replied, “it’s not that he’s done nothing on it… The challenge is, where do you find the leverage to be able to change that behavior?”

In 2014, Beijing launched what it called its “Strike Hard Campaign against Violent Terrorism.” It was an intensification of already-repressive measures in Xinjiang. Political reeducation, conducted violently, has been its primary characteristic, with a goal of erasing Uighur culture and faith. A “Regulation on De-extremification” pushed by Beijing in March 2017 accelerated internment of the Muslim minority. It prevented outward displays of Muslim faith in the western Xinjiang province, including the wearing of religious hair-coverings, the growth of what it called “abnormal” beards and even private displays of faith.

A Uighur man, Kairat Samarkan, described to Amnesty International researchers his experiences in a re-education camp with 6,000 others from October 2017 to February 2018. Torture was rife, featuring techniques that the CIA notoriously used in its unacknowledged black-site prisons against terrorism suspects. Leaked Chinese documents published by the New York Times contained references to Xi urging the Chinese Communist Party to “emulate aspects of America’s ‘war on terror’ after the Sept. 11 attacks.”

Samarkan was hooded, “made to wear shackles on his arms and legs and was forced to stand in a fixed position for 12 hours when first detained,” according to a September 2018 Amnesty report. Internees at the camp were coerced into chanting “Long live Xi Jinping” before meals and study speeches of the CCP.

The same Amnesty report found, by September 2018, an estimated one million people interned in the camps. State surveillance, rife through the widespread unencrypted WeChat platform, enables the internment of Muslims. So does China’s advanced use of facial-recognition software, biometric data collection and even DNA. A contemporaneous Human Rights Watch report found that it is common for Xinjiang residents to have numerous relatives “in a mix of political education camps, pre-trial detention, and prison.”

But during the first two years of the Trump presidency, the White House never asked the Pentagon “to consider the Uighur Muslim situation,” recalled a former senior Defense Department official.

“The president’s signing [this week] of an 11th-hour bill to sanction China for human-rights abyss seems more like a reaction to Amb. Bolton’s book revelations, rather than a reflection of Trump’s concerns about human rights,” said the ex-senior Pentagon official.

Congress began receiving briefings on the dire situation in Xinjiang as early as 2013, and would ask for increased detail from 2014 to 2018 “as things were ramping up with the concentration camps and the system of mass surveillance techniques the Chinese put into play,” according to a Senate Democratic aide who requested anonymity. While that aide had no knowledge of what information was made available to Trump, the aide said it would be “incomprehensible” for the president not to have been briefed about the plight of the Uighurs ahead of Xi’s April 2017 visit to Mar-a-Lago, the first time the two leaders met face to face.

For a variety of reasons—including his prioritizing of a trade deal and his strong personal affection for Xi—the president rarely weighs in on the repression of Uighurs while in public. And when he does, it can lead to jarring moments on live TV.

In July 2019, Trump met at the White House with several envoys of persecuted religious minorities; part of the meeting was televised or streamed online live. One of the attendees was a Uighur rights advocate.

When the activist began telling Trump about “concentration camps,” mentioning that she hadn’t been able to see her detained dad since 2013, the president responded: “Where is that? Where is that in China?” 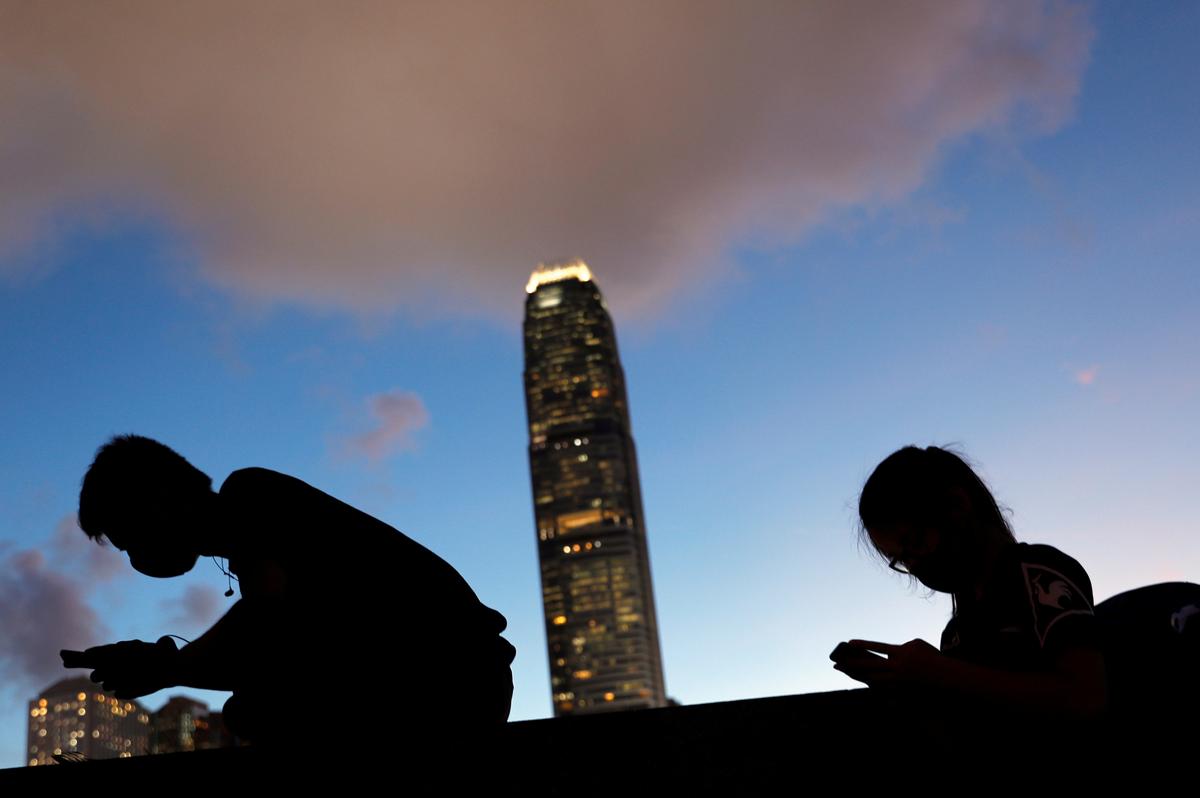 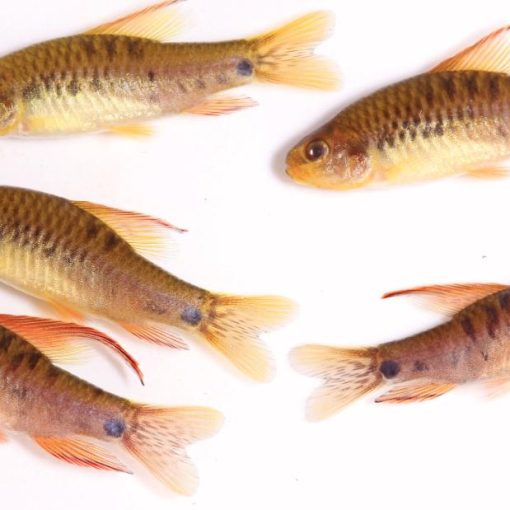 The fish belong to a subfamily called South American darters. The discovery brings the known number of darter species to five. One […] A dangerous heat wave has sent temperatures soaring across more than a dozen states, and the 100-degree temperatures aren’t even the worst […] 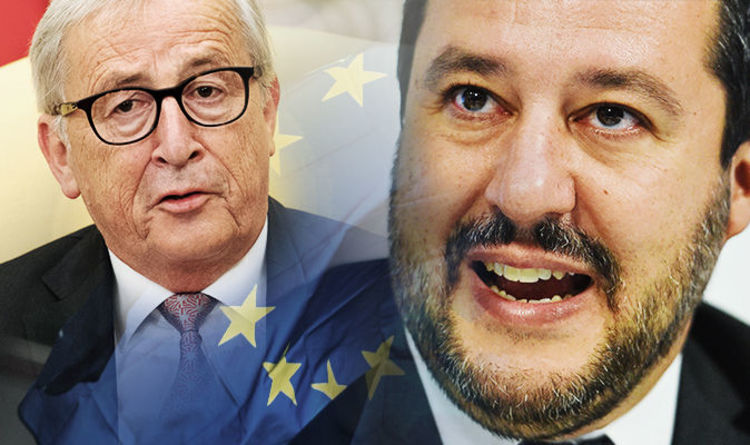