A small boy was waiting for the two buses carrying Athletic Club’s players as they turned the corner and edged up the hill towards Ipurua. When they pulled over outside, he clambered down from a grass bank and on to his dad’s shoulders for a glimpse of his idols that neither he nor anyone else was going to get inside. Just across the road, a couple of people had gathered by the gravel bowling court sheltered under the AP8 motorway as it thunders past the ground. And down at Bar Terraza, where framed Eibar shirts line the wall, four people played cards at a table in the corner. Meanwhile, outside the bar next door two kids in green Eibar kits kicked a ball against a wall where a banner had been hung reading: “Football – fans = nothing.”

And that was pretty much that.

In the buildup to Wednesday’s Basque derby between Eibar and Athletic, the club handed out almost 400 flags to be hung from balconies, houses and shops around town, and there was a lot of blue and red around. But while the place was all dressed up, it had nowhere to go. Likewise, an hour before kick-off the siren from the old Alfa factory rang out but rang hollow. It was a call to work before, to footballing arms now, yet there was no battle to go to, no place to be. On the biggest day of the year, the stadium remained closed to supporters; even the shop did, prohibited from opening on match day.

“This should have been played in March, the ground would have been full and the whole town would have been a party,” Eibar’s CEO told El Correo. Instead it was quiet, even in bars and supporters’ clubs. For the second time this season, but not the last, Eibar played behind closed doors and it couldn’t have happened for worse games: the derby against Real Sociedad, postponed after the collapse of a landfill in nearby Zaldibar, and now Athletic.

This was important: Athletic were chasing their diminishing hopes of Europe, while Eibar had slipped within two points of relegation. It was also supposed to be special for the town and the two managers, close friends. Athletic’s Gaizka Garitano is the coach who first took Eibar to primera – where, miraculously, they have resided since – and the player who almost took them there a decade before under the club’s current manager and his opponent José Luis Mendilíbar.

Mendilíbar has been Athletic manager as well and the men, both Basque, understood better than most what was missing. “The people are irreplaceable in football; you can take everything out but not them,” Garitano had said. “It’s not the same without fans,” Mendilíbar insisted.

And yet this was actually the only game in Spain’s top flight where there were some fans. There could have been 377,759 fans watching Week 29 live; in the end, maybe 100 did, and all of them were watching Eibar and Athletic draw 2-2 where the best seats in the house were, well, in the house.

On Indalecio Ojanguren street, No 1 and No 2, are two blocks of flats that tower over the stand at Ipurua, barely seven or eight metres back from the touchline. There are 15 floors and all the way up the side are small balconies, maybe three metres across and mostly packed with people – and ham, wine and tortilla – from where flags hang and where you see everything, the stadium settled deep in the Ego valley. From where, in the silence, you hear everything too, starting with the curious combination of Nellie The Elephant and Darude’s Sandstorm, and ending with Mendilíbar sent off for something he said. It is, says El País, the nearest thing to a real game in these strange days. “VIP boxes,” Diario Vasco calls them.

From the 14th floor, looking down vertically over the pitch, the view couldn’t be better – a real-life tactics cam. Only when the ball goes up in the air, seeming to head straight towards you and when the VAR intervenes is the view anything less than perfect. Looking straight down, beyond the hands poking out of the balconies like condemned men behind bars on a prison row, patterns appear clearly. The derby is always a game that’s “dog faced”, says Mendilíbar, who clearly hasn’t met the right dogs, and there’s some of that: it’s tough and it’s intense. But there’s more too, an enjoyable game unfolding below.

As the players come out, there is applause from above. Some look up and wave. The anthem plays and there’s a minute’s silence. Then the game starts with Marko Dimitrovic making an early save that’s just as astonishing when it’s watched back later, applause from every floor. There are shouts and laments, appeals too. Everyone does their bit. A lorry hammers past on the AP8 and, seeing the ground below, beeps out its support. It’s not long before another one does the same, and another. Below the flyover, there are four goals: one scored with a nose, another with a knee and two from the spot thanks to VAR, only the system’s not working for one of them so they have to find referee Prieto Iglesias another screen.

The first one happens early, just eight minutes in. As Prieto Iglesias returns signalling, someone on the floor below figuratively “shits on the milk”, then mutters something about his mother which only intensifies when Raúl García scores to put Athletic in front. Kike García equalises on 19 minutes, running face-first into a cross, blood seeping from his nostrils as he celebrates. Athletic’s impressive start is forgotten. From wide, Eibar bend balls into the box, one after the other, and Garitano gets increasingly agitated. “Hostia!” he shouts, voice ringing round the valley, frantically pointing forwards. But as the second half progresses Eibar have his team “bottled in”, just as he warned they might.

“We spent pretty much the whole of the second half in their area,” says a broken-looking José Ángel “Cote” afterwards and he’s not far off. Fabian Orellana, Pedro Leon and Sergi Enrich get closer, the shots racking up: 12 by the end. And with 12 minutes left Escalante tumbles, pulled by Dani García. “Penalty!” Indalecio Ojanguren street shouts, sending Prieto Iglesias off to see from down there what everyone saw up there. The delay is long but eventually he agrees. Orellana scores and Eibar lead, stepping further from the bottom three, just not for long.

“We should have seen it out,” says Kike García afterwards, but they can’t. Within three minutes, Iñaki Williams clatters into Dimitrovic but the move is allowed to go on, finally ending with Asier Villalibre given a free path to knee in the cross. “It wasn’t even that hard to defend,” Cote complains later; “foul!” everyone complains now, but the complaints go unheard. Still Eibar press. Some would have accepted a draw before, but not like this. And in the 96th minute, Quique García, only on the pitch for four minutes, gets the chance to win it deep in Athletic’s area. The shot, though, skids just wide, a “Gah!” heading down the building.

Eibar have picked up twice as many points at home than they have away, but things may be different now: those two derbies behind closed doors have brought them a single point. Way down below, the players embrace. Up on the balconies, the only supporters to watch football anywhere in Spain applaud before turning round and heading back into their homes.

• Kindness and hospitality wonderfully expressed in a conversation, a single phrase: “Do I need to bring anything?” “All you need to bring is hunger.” Eskerrik asko.

• Atlético Madrid scored almost a third of their away goals in a single night. Mind you, El Sadar without fans isn’t really El Sadar and Osasuna without El Sadar really isn’t Osasuna. Still, this 5-0 win was impressive – and unexpected – from Atlético. Especially João Félix and Marcos Llorente, the man who now has a dog called Anfield, after that night. The last time anything was real.

• Martin Braithwaite sat on the bench as his new teammates unsurprisingly defeated his former Leganés ones 2-0, although they were made to struggle more than most anticipated. If you thought the emergency signing rule didn’t make much sense when Barcelona bought Braithwaite, how about this: Celta have just signed Nolito back as an emergency replacement because of an injury to … a goalkeeper.

• Goodbye Rubi Tuesday? Not this Tuesday, anyway. The week’s craziest game finished 2-2 between Betis and Granada, with a wild finale where Betis turned it round late and then lost their lead again. Rubi, on the ropes, survived … just. But Betis haven’t made a secret of the fact they’ll pull the trigger as soon as they can. 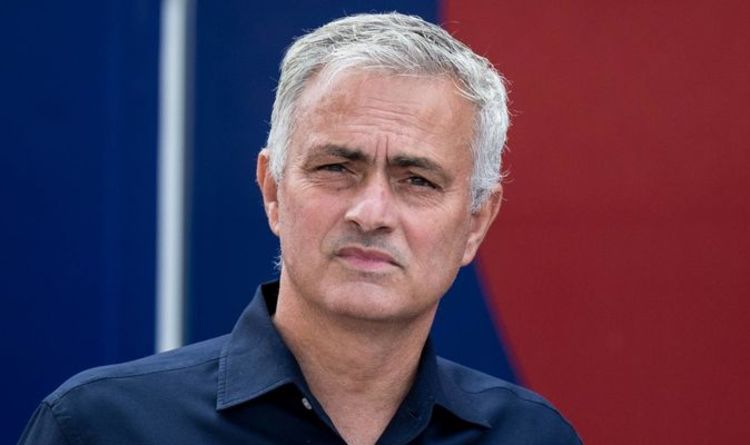 Eddie Howe’s stars did not have wage-cut clauses in their contracts, meaning the Cherries must have a summer clear out. Mourinho was […]

The longest grand slam tournament in tennis history is finally at an end. The Australian Open, which truly began more than five […]

Nikita Kucherov and the Tampa Bay Lightning got themselves up off the ice to get even in the Stanley Cup final. Kucherov […] 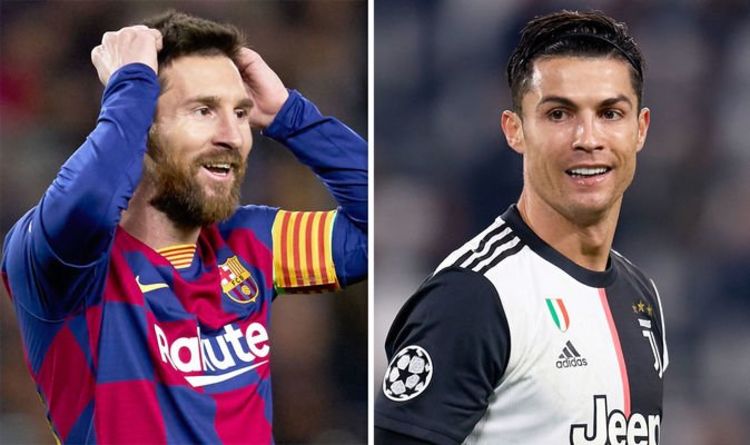 The Argentina ace has netted 13 goals and chipped in with six assists in all competitions. The 32-year-old is out of contract […]