Sometimes in life you meet the most remarkable of people in the most unexpected of ways. Gabriel Clarke can testify to that given what happened after he tried to secure an interview with Louis van Gaal before Barcelona’s Champions League semi-final with Valencia in May 2000. Van Gaal was Barcelona’s manager and Clarke wanted the Dutchman to be part of the pre‑match package he was putting together for ITV.

“It was the day before the first leg in Valencia and we expected it to be fine but then Barcelona told us we couldn’t have Van Gaal because he wasn’t doing interviews,” Clarke says. “But they said we could have his assistant. We didn’t know who they were talking about. It was José Mourinho.

“So José came out and I remember being struck by his charisma and how direct he was. I can’t remember what he said but it was something that if you were a Valencia fan would have wound you up. It was classic José. Sadly for him it backfired as Barcelona ended up getting hammered 4-1.”

It’s a cracking tale during what proves to be a fascinating conversation with one of the most experienced, talented and versatile broadcasters around. Clarke is a film-maker as well as an interviewer and were it not for coronavirus both skills would have been on full display this summer given he was again down to be ITV’s England reporter during Euro 2020. For viewers that would have meant more of those wonderfully curated pre-match packages as well as those perfectly pitched post-match interviews. “It’s a big shame,” Clarke says as he reflects on the tournament’s postponement. “Thankfully, it will happen next summer, all being well.”

Euro 2020’s absence at least affords Clarke time to speak about his career, one that started off in regional newspapers before joining Radio Trent in the late 1980s. It led to him covering Nottingham Forest during Brian Clough’s final few years in charge as well as calling Barcelona’s Leicester-born striker Gary Lineker every Friday in order to get his predictions for that weekend’s First Division fixtures.

There followed a move into television – first to BSkyB and in 1991 to ITV as a reporter for Saint and Greavsie. Clarke has been with ITV ever since and while he has, and does, work for others, as well as make documentaries through his own production company, it is this association he is best known for. Not only ITV’s man in the England camp but also the person who puts questions to managers and players before and after high-profile club games shown live on the channel, which between 1992-2015 included Champions League fixtures.

Clarke’s voice has become a distinct one and perhaps most in regards to his interviews. Whether it be in the afterglow of a victory or the intense heat of a defeat, the 56-year-old can be relied on to put the right questions in the right order to the person standing in front of him. And those questions tend to be to the point, which Clarke admits is partly down to the lack of time you get when working for a commercial broadcaster and also a style honed in order to ensure he does the job properly, on an editorial as well as emotional level.

“The key thing for any journalist conducting an interview is to ask a question rather than make a statement,” he says. “The way I do it may appear direct but it ensures I cover the key points in the minute-and-a-half or so I have.

“Fundamentally, the post-match interview is about getting someone to express what they’re feeling at that moment. Managers and players are masters at not saying what they think so, as an interviewer, you need to engage in a way that will draw out that authenticity. If you ask a straight question you should get a straight answer. Something that tells you exactly what they’re feeling.

“Sometimes it’s a simple follow-up question that does the trick. ‘Why?’, ‘Really?’ – one word can lead to the person you’re speaking to opening up. Saying that, there’s been occasions when I’ve watched an interview and a more conversational style of question has resulted in a really good answer. So there’s no right way but certainly how I’ve done it has worked for me.”

That much can be taken from Clarke being named Royal Television Society’s sports news reporter of the year three times – covering a range of sports, including racing and rugby union – as well as the fact he came away unscathed from the numerous interviews he did with that most challenging of subjects: Alex Ferguson. Clarke was never hit by the Manchester United manager’s infamous hairdryer and instead developed a positive relationship with him, based partly on something that will shock many – Ferguson’s appreciation of his duties when it came to the media.

“Sir Alex really embraced the Champions League. He recognised those nights were special occasions and, as such, it was important for him to do something special with those who covered it, especially ITV,” Clarke says. “Hence us being able to get him to do half-time interviews.

That was actually setup by my predecessor, Gary Newbon, and something he carried on with me.

“Yes, Sir Alex was a challenge to talk to, any reporter who dealt with him will tell you that, but if you were professional and asked him actual questions he would work with you. So we got on well.

“The only time it went wrong was after the 2011 Champions League final, when United lost badly to Barcelona. After the game I pressed him on how tough that defeat was to take and it became clear pretty quickly I had touched a nerve, probably because Sir Alex recognised he wasn’t going to win another Champions League title – that had been his last chance.”

Our conversation soon turns to Mourinho, who Clarke first met in 2000 but got to properly know four years later as the Portuguese led Porto to Champions League glory and announced himself to the world with his soundbites as much as his tactics. “Throughout that period and into his time at Chelsea, Inter and Real Madrid, José was an incredible person to interview. He could be relied upon to provide not just a strong answer but a poetic one. It was stunning.

“José has always recognised the power of the media, the power of television especially, and how he has a charisma that will get him noticed. And in that season with Porto he wanted to get noticed in England – even before he got the Chelsea job it was obvious speaking to him that his aim was to work over here.”

Clarke takes great pride from his job as an interviewer yet there is little doubt his passion lies in film-making, whether that be making documentaries, such as The Fight of Their Lives and Steve McQueen: The Man & Le Mans, or in the pre-match packages for ITV. The combination of Clarke’s voice – not only direct but also crisp, clear, authoritative and dramatic – allied to a mix of current and archive footage is great. In regards to the latter, it is also completely different to what you get elsewhere.

“If I’m doing an interview with, say, Harry Kane, I don’t just want it edited down and put out before the game,” he says. “I want to go beyond that, to create a story, something the viewer hasn’t seen before and which is completely original.”

And how much has his way of doing things been influenced by his late father, the esteemed film director Alan Clarke? There is a pause.

“My dad died when I was quite young, so not much,” he eventually replies. “Also, I come from a journalistic background whereas he came from a theatre background. But some of the visual things my dad did towards the end of his time on television have probably seeped into my work. Also, he loved football, so he definitely gave me that.” 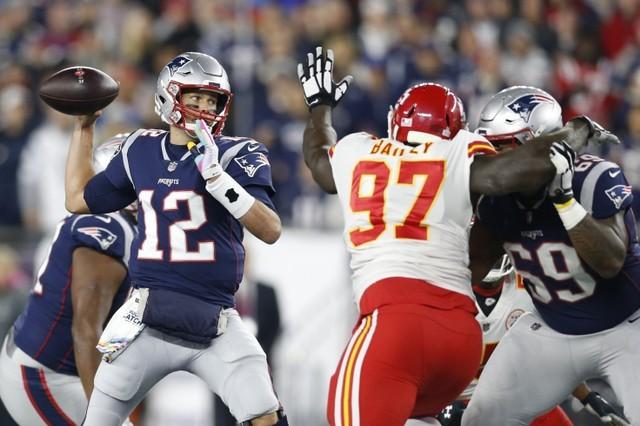 Tom Brady passed for 340 yards, and the New England Patriots got a 28-yard field goal from Stephen Gostkowski as time expired […] 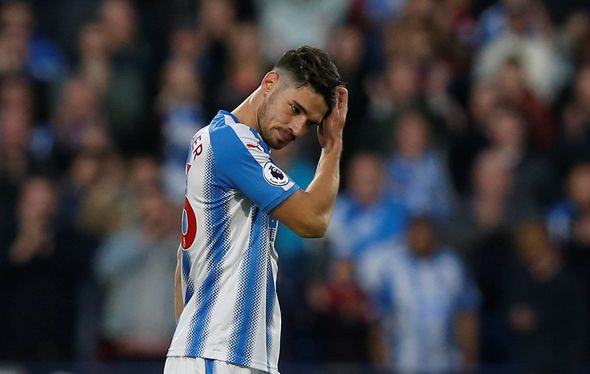 The Saudi International may draw glances at present but it is not really a major problem for golf’s ecosystem. It is the […]