On cross-examination, Dial testified that Bryan mentioned the slur in a May 13 GBI interview, and to Dial’s knowledge, Bryan had not previously made the allegation, including during a May 11 interview.

However, the agent said, there were “numerous times” on social media and via messaging services that McMichael used the same slur, once messaging someone that he loved his job because there “weren’t any N-words anywhere.

In another instance sometime before the shooting, he replied in an Instagram message saying things would be better if someone had “blown that N-word’s head off,” Dial testified. Dial did not say to whom McMichael was referring. Dial was not asked for more context.

The allegations came as Dial outlined events that led to Arbery’s death and said that before Arbery was shot, the three men charged in his murder engaged in an elaborate chase, hitting the 25-year-old jogger with a truck as he tried to escape them.

Asked if he believed McMichael could’ve been acting in self-defense, Dial said the opposite was true.

As Travis and his father Gregory McMichael attempted to head him off, Arbery turned and ran past the truck of Bryan, who filmed the killing, and Bryan struck Arbery with the side of his truck, Dial said.

Investigators found a swipe from a palm print on the rear door of Bryan’s truck, cotton fibers near the truck bed that “we attribute to contact with Mr. Arbery” and a dent below the fibers, he said.

The details of Arbery’s last moments emerged amid a week of nationwide protests over another killing — that of George Floyd by police in Minneapolis — and demonstrators have also called for justice in Arbery’s case.

Though Bryan’s attorney has contested allegations his client took part in the killing, Dial said Bryan yelled to the McMichaels, “Do you got him?” when he saw them chasing the 25-year-old jogger. The McMichaels and Bryan have not entered pleas, but lawyers for all three men have proclaimed their innocence.

After yelling out to the McMichaels, Bryan joined the chase, at which point none of the three had called 911, Dial said.

The McMichaels had already tried to head off Arbery once when Bryan joined the pursuit, the GBI agent said. Bryan tried to block in Arbery as Travis McMichael drove around the block with his father in the bed of the truck, he said.

Bryan “made several statements about trying to block him in and using his vehicle to try to stop him,” Dial said. “His statement was that Mr. Arbery kept jumping out of the way and moving around the bumper and actually running down into the ditch in an attempt to avoid his truck.”

At one point, Arbery was heading out of the Satilla Shores neighborhood where the defendants live, but the McMichaels forced him to turn back into the neighborhood and run past Bryan, the agent said. That is when he struck Arbery, Dial said, and Arbery kept running with the McMichaels in pursuit.

Bryan turned around, and that is where the widely disseminated video of Arbery’s killing begins, he said.

When police arrived after the shooting, Dial said, Greg McMichael said in remarks caught on police body camera footage that he didn’t know for certain if Arbery had stolen anything.

“He had a gut feeling that Mr. Arbery may have been responsible for thefts that were in the neighborhood previously. He actually says gut. His instinct told him that,” the GBI agent said.

Travis McMichael told police that he ordered Arbery to get on the ground before the shooting, and Greg McMichael also told an officer he had instructed his son, “Don’t shoot,” Dial said.

The McMichaels, charged with murder and aggravated assault, appeared wearing face masks from the Glynn County Detention Center a few miles away from the courthouse.

Bryan waived his right to appear. He was arrested last month on charges that include felony murder.

Glynn County Chief Magistrate Judge Wallace Harrell will decide after the hearing if the cases will be sent to superior court for trial.

Prosecutor Jesse Evans, of Cobb County in metro Atlanta, opened by saying the evidence would show the McMichaels “chased, hunted down and ultimately executed” Arbery.

The GBI took over the investigation after Glynn County police and two prosecutors declined to press charges. Atlantic Judicial Circuit District Attorney Tom Durden became the third prosecutor to recuse himself after the GBI assistance he requested promptly yielded charges.

Bryan’s attorney, Kevin Gough, may call as many as five witnesses, court documents indicate. He also is expected to raise the issue of bail, though no bail hearing has been set.

Larry English, who owned an under-construction home where Arbery stopped before he was shot, will not testify Thursday, attorney Elizabeth Graddy said. He wasn’t subpoenaed, she said.

Bryan’s attorney has repeatedly insisted that his client was merely an observer and has questioned why state police charged the man he labels the prosecution’s “star witness.”

Travis McMichael, who is accused of the actual February 23 shooting outside of Brunswick, is not guilty, his attorneys say, as “compelling evidence” will demonstrate.

“Travis has been vilified before his voice could even be heard,” the lawyers said in a statement. “The truth in this case will exonerate Travis.”

Gregory McMichael is also a victim of a rush to judgment, his attorney said.

“So often the public accepts a narrative driven by an incomplete set of facts, one that vilifies a good person,” defense attorney Laura Hogue said in a statement.

Added co-counsel Frank Hogue, “The full story, to be revealed in time, will tell the truth about this case.”

Demonstrations are expected. The NAACP has organized a protest for 5:45 p.m. outside the courthouse.

Georgia Gov. Brian Kemp has warned “bad actors” not to mar what have “been very peaceful gatherings in that community for well over a month now.”

“Let me be clear once again: We will not tolerate disruptive or dangerous behavior, including criminal conduct, and we will put the safety of our citizens first,” he said in a news conference.

Gregory and Travis McMichael were arrested May 7. The father and son pursued Arbery after suspecting him in a rash of area break-ins, the elder McMichael told police, according to DIal.
The McMichaels armed themselves and, with Bryan’s help, tried to head off Arbery as he ran through their neighborhood.

Bryan’s video picks up before the third attempt, and Arbery is seen trying to avoid the McMichaels’ pickup truck, which is stopped in the road, before abruptly turning toward Travis McMichael in front of the truck.

A shot goes off as they struggle over the gun. The two disappear off the left side of the screen. Gregory McMichael draws a handgun but does not shoot.

A second shot is heard as Arbery and the younger McMichael are off screen. As the men come back into view, they continue fighting for the shotgun. Arbery throws a punch at Travis McMichael’s head as a third shot is heard.

Arbery steps back as blood appears on the back of his T-shirt under his left rib cage. He stumbles and falls in the middle of the street as Travis McMichael walks away.

The Justice Department has launched a hate crime investigation in the case, Merritt has said. 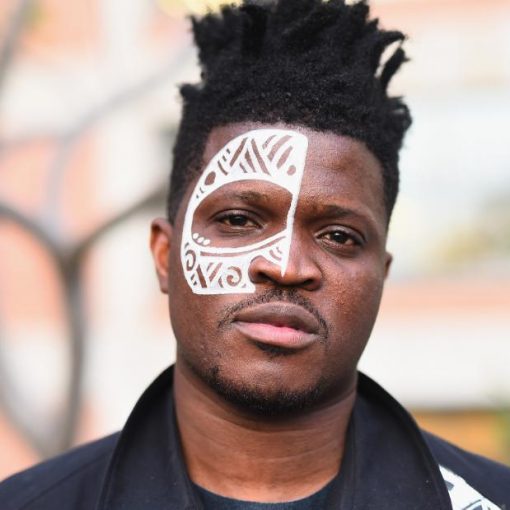 Written by Earl Nurse, CNN When Laolu Senbanjo received an email requesting him to work with Beyoncé, he thought it was a […] 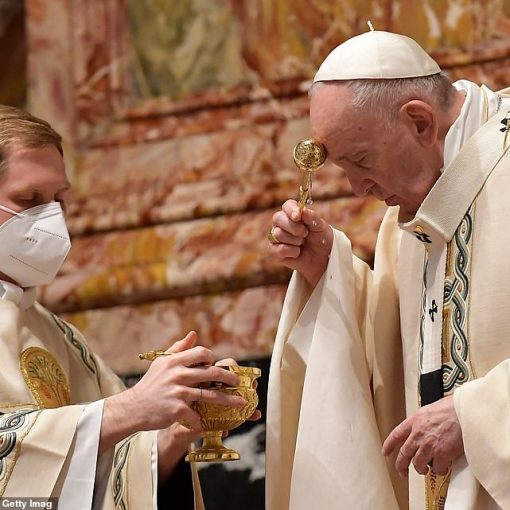 Worshippers have gathered all around the world to mark Easter Sunday despite ongoing lockdowns and coronavirus restrictions. Pope Francis held Mass in St […] 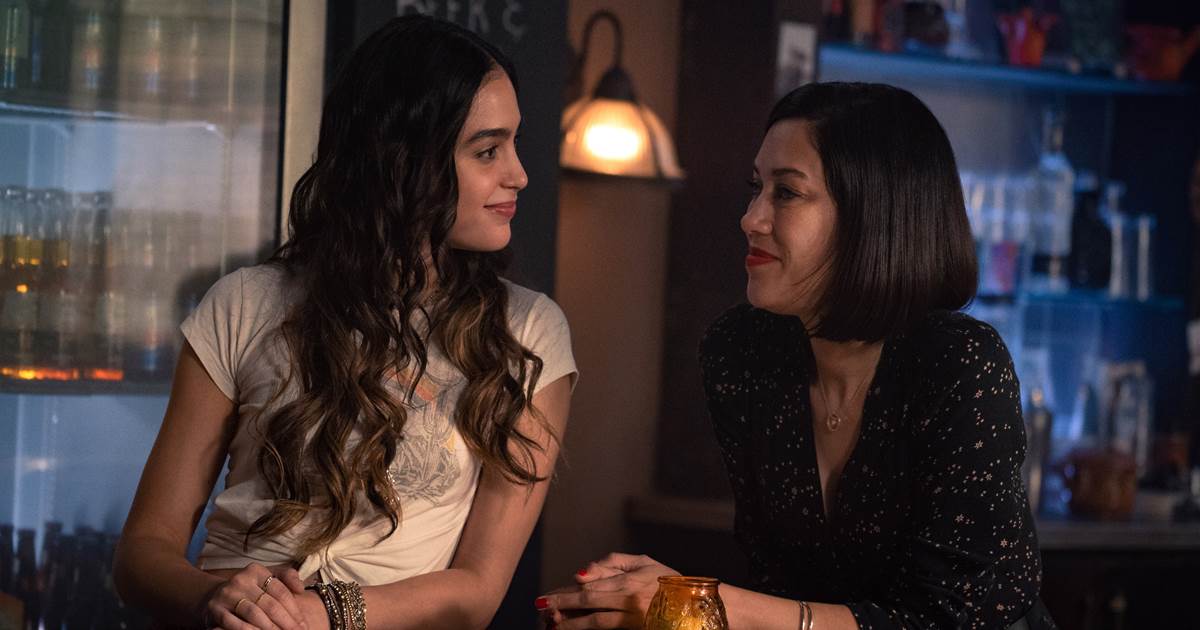 After carefully crafting what she calls “the most epic” opening showcasing queer intimacy, “Vida” creator Tanya Saracho has been anxiously waiting for […] 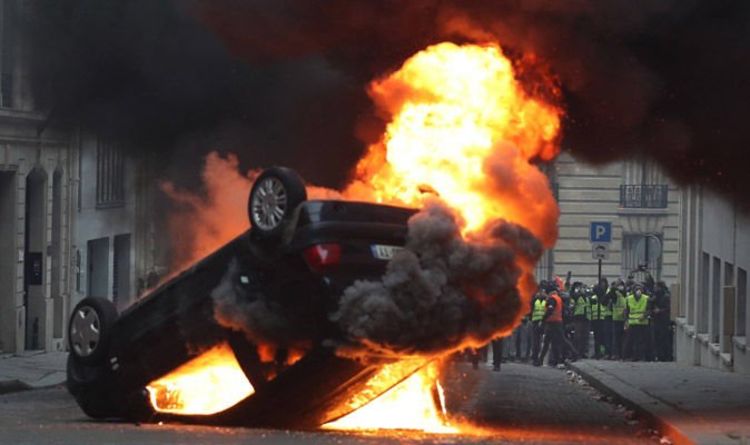