This article was published originally by PassBlue, a partner of The Daily Beast which provides independent coverage of the United Nations. It was written by Barbara Crossette.

Two weeks after President Trump fired off a characteristically intemperate letter to the director-general of the World Health Organization, accusing him of incompetence in dealing with the COVID-19 crisis, the reputation of the agency has been damaged far less than the image of the United States. That is, to judge by the reaction of global public health specialists.

In the days that followed, the four-page, prosecutorial-sounding letter to Director-General Tedros Adhanom Ghebreyesus created shockwaves. The letter ended with the charge that WHO’s “repeated missteps” in handling the response to the COVID-19 outbreak “have been extremely costly for the world.” It gave Tedros 30 days to reform the body.

Then Trump, increasingly cornered politically, didn’t even get to halftime. On Friday, May 29, he did the unimaginable: withdraw the U.S. from the world’s most important health organization.

Why? It was a Friday afternoon, when Washington swamp creatures think no one is paying attention. Minneapolis was on fire after the murder of a black man by white police, and all Trump could do was fan the flames. Twitter had to moderate his rant—“when the looting starts, the shooting starts”—which so many people interpreted as racist.

More than 102,000 Americans are now dead in a COVID-19 pandemic that history will record as the result of a lack of planning, denial and finally the “open up” America push. The U.S. now has the highest rate of unemployment in its history, and new COVID-19 cases are beginning to spike.

A few of Trump’s pals and his political advisers with their eye on the next presidential election are telling the media that they could see he will be in trouble, as polls were starting to show.

Trump’s big moment in space travel, the launching of the first “private enterprise” rocket to the intranational space station, was canceled by bad weather. What did he do next for a distraction?

Trump had long been demeaning and threatening the WHO with the permanent loss of U.S. dues and donations. The U.S. total in dues and voluntary contributions would normally contribute about 22 percent to the entire WHO program budget (currently set at about $4 billion a year), but Trump withheld U.S. funds in 2019 and 2020.

Until now, the U.S. government and its Centers for Disease Control and Prevention have been leaders in global public health, and direct threats to the WHO, crowned by the precipitous withdrawal from the organization, were stunning and worrying.

“Suddenly, we’re told, Sorry, we have to have a 20 percent cash cut,” Nabarro said in a virtual conversation event for the Council on Foreign Relations in New York. “We’re messing up. We haven’t done anything good.”

Nabarro had been the most formidable opponent to Tedros in 2017, when the 194 governments represented in the World Health Organization elected Tedros director-general for a five-year term.

“You wonder,” Nabarro said. “What could possibly lead a country which has been such an important leader in global health on so many issues to just say, We’re out.

“I want to be told what we could have done better,” Nabarro said, “but not right in the  middle of this extraordinary, dangerous, damaging crisis.”

Fact-checkers have shredded Trump’s letter, including in The Lancet, an international professional medical journal. By now, a widely accepted analysis of the missive and the action that followed is that it was intended as much to castigate China as attack the WHO under Tedros. He is a former Ethiopian health minister from a continent that the American president has dismissed in scatological terms.

Tedros was caught in the crossfire as Trump moved targets, searching for scapegoats for a burgeoning American health catastrophe. Tedros, Trump said, was working too closely with the Chinese at the expense of transparency about the early progression of the disease, which originated in the Chinese city of Wuhan.

Forgotten was the praise Trump heaped on Xi Jinping, the Chinese president, for his managing of COVID-19 in those early days of the pandemic—or Trump’s own negligence in preparing the U.S. for it. With his popularity slipping, Trump may think he can ride anti-Chinese attacks to re-election victory in November, and Republican politicians are falling into line, as Dana Milbank reported recently in The Washington Post.

A lot has happened since Trump blasted Tedros, and the story is not ending well for Washington. On May 19, a day after the letter was dispatched, the World Health Assembly, the governing body of member nations that decides the rules for the WHO officials, adopted as part of its final agreement a long list of actions that member governments could take in dealing with the COVID-19 case.

The agreement also said “to initiate, at the earliest appropriate moment, and in consultation with Member States . . . a stepwise process of impartial, independent and comprehensive evaluation” of the organization’s handling of the crisis. (Trump said he would have an independent American “review.”)

The U.S. delegation to the assembly, led by Alex Azar, the secretary of health and human services, did not oppose the conclusions of the Assembly, apart from deleting two items that Trump’s anti-abortion advocates considered Trojan horses.

On May 26, the WHO halted trials of hydroxychloroquine, a drug touted and claimed to be taken by Trump against the virus that some studies have found to be potentially dangerous.

Michael Ryan, the organization’s chief of emergency responses, said in a briefing at the headquarters in Geneva that there was no indication of safety problems so far with hydroxychloroquine in trials being done for the WHO. He added, however, “We’re just acting on an abundance of caution based on the recent results of all the studies to ensure that we can continue safely.”

The next day, May 27, Thomas Zeltner, a former secretary of health of Switzerland and the director-general of the Swiss National Health Authority, announced the formation of an independent WHO Foundation, which will raise funds for the agency from the public.

Private sector and philanthropic foundations have been major supporters of United Nations work in many areas, so much that critics fear that these outsiders are holding certain positions to set agendas. Business Insider reported in 2018 that the Bill and Melinda Gates Foundation, which has been a leading backer of global health projects, spent $4.78 billion on charity in 2017—the year Tedros became head of the WHO—and that most of the money went to projects run by the Gates.

Around the world, this is not just a story about Trump and Tedros.

In Singapore, Noeleen Heyzer, a former United Nations under secretary-general and the first woman to lead the UN Economic and Social Commission for Asia and the Pacific as its executive secretary, said in a memo to PassBlue that broader issues are at stake. The UN Security Council is failing in its duties, she said.

“Leaders in South East Asia,” she wrote,”were hoping for stronger U.S. leadership in global health security at this historical moment, as they had seen in prior epidemics discussed by the Security Council like Ebola and HIV/AIDS.”

Instead, the Trump administration blocked a Security Council draft resolution calling for “an end to hostilities worldwide so that there could be a full focus on fighting COVID-19, a once -in-a-century pandemic,” Heyzer wrote. “Agreement could not be reached because of President Trump’s . . . objecting to the reference to ‘the urgent need to support . . . all relevant entities of the United Nations system, including specialized health agencies’ in the fight against the pandemic.”

The U.S. also wanted China named as the source of the virus.

“The failure to reach agreement undermines the urgent need for a coordinated global response at a time our world faces an unprecedented crisis and is entering an extremely dangerous period,” Heyzer added. “This is the time for responsible multilateral leadership. The Security Council should be able to do its job and not be hampered by big-power rivalry and politics.”

In the U.S., numerous nongovernmental organizations have challenged assertions and data used by Trump in his letter to Tedros. A concise fact sheet, titled “Coronavirus Disinformation to Defund the World Health Organization,” has just been published jointly by Ipas and the International Women’s Health Coalition. It covers the mandate and scope of the WHO and its role in emergencies as well as Trump’s history of complaints about its work.

In London, the Science Media Center, which collects and disseminates relevant expert quotes, analyses and fact sheets on topical issues, recently published references to the COVID-19 crisis and the Trump letter to Tedros at the WHO.

Some recent postings on the site from specialists in public health and infectious diseases, often from researchers at leading British universities, illustrate that that there is scant credence given to key points in Trump’s letter to Tedros. Experts also explain rules imposed on the WHO officials by governments, including limits on access to national research facilities—and sometimes on country visits without invitations.

Almost universally, contributors to the site, while acknowledging criticisms that can be made about the WHO, see Trump’s actions as political and not in the interest of public health. 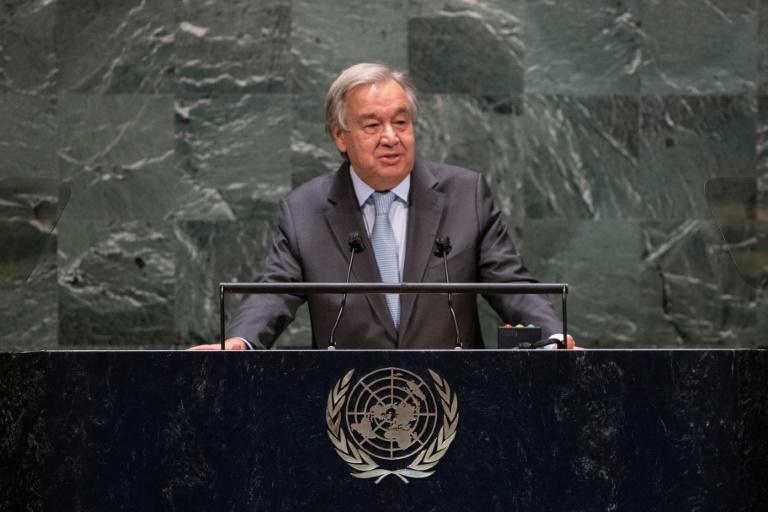 The United Nations and Britain said Wednesday they would co-host a global climate summit on December 12, the fifth anniversary of the […] 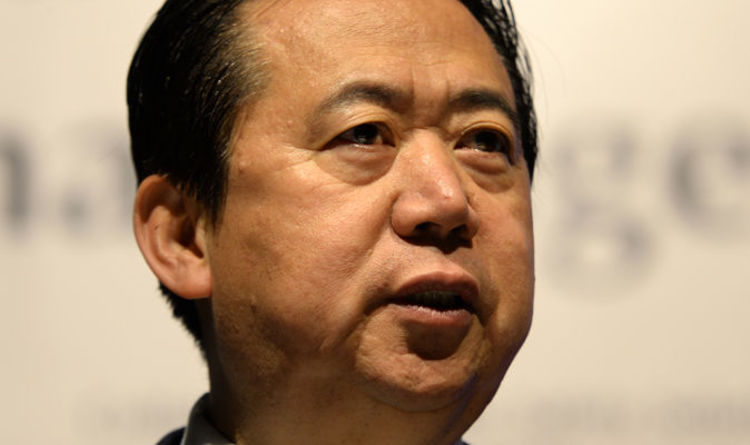 Meng Hongwei, the president of Interpol — the world’s largest international police organisation, which provides support to law enforcement agencies across 192 […] 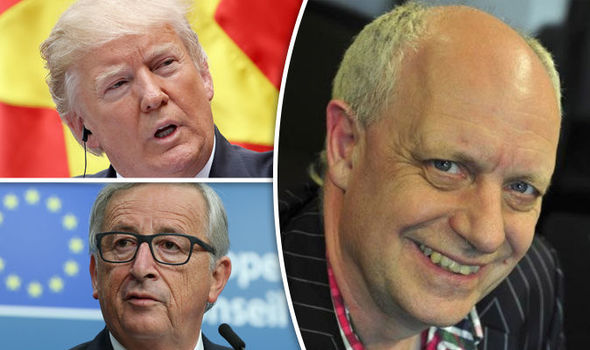