Public demand for the arrest of the Minneapolis police officer seen kneeling on the neck of George Floyd, an unarmed black man who later died, grew louder Thursday as the city came to grips with violent unrest that prompted Minnesota’s governor to activate the National Guard.

While criminal justice and use-of-force experts believe Derek Chauvin, who was fired along with three other officers for their roles in the Memorial Day incident, will more than likely face some type of homicide charge, black activists and community members said Hennepin County Attorney Mike Freeman must act expeditiously.

“This man was killed in broad daylight while people videotaped him,” Mike Griffin, an activist and electoral organizer for the organization Community Change, said. “But long before that, there have been systemic racial problems that have harmed the black community and now has mushroomed into this crisis that we’re having in this city. Mike Freeman has the power to charge these cops, and the power to give us any form of justice.”

While Floyd’s death has galvanized activists, members of the Black Lives Matter movement and other Twin Cities residents to protest against police brutality and demand more accountability, how this case unfolds — heightened by the fact it was recorded by bystanders as well as officer bodycam — could prove to be a pivotal moment for race relations and community trust of law enforcement.

But Freeman cautioned Thursday that he will take his time looking at the body of evidence. While the video is “graphic and horrific,” he said, his job is not to “prove that [Chauvin] violated a criminal statute, and there’s other evidence that does not support a criminal charge.”

“I will not rush to justice,” he added.

John Thompson, the founder of the group Fight for Justice Enterprises, said great strides have been made in recent years between communities of color in Minneapolis and police. In 2017, Medaria Arradondo, a veteran of the Minneapolis Police Department, became the city’s first black police chief, filling the role in the wake of the police shooting of Justine Damond, a white Australian-born woman.

“No matter how much progress you have with the Minneapolis police, all it takes is one officer to make the whole entire police department look bad,” said Thompson, who was compelled to become an activist after his friend and co-worker, Philando Castile, was fatally shot in 2016 by suburban Minneapolis police Officer Jeronimo Yanez.

The police-involved deaths of Castile and other local black men, including Jamar Clark in 2015 and Thurman Blevins in 2018, spurred resentment among members of the black community after prosecutors either declined to press charges against the officers or, as in the case of Castile, the officer was acquitted of manslaughter.

Castile’s case was handled by the Ramsey County Attorney’s Office.

Damond’s case has been a rare exception both locally and nationally. In July 2017, Damond had called 911 about a possible assault near her home. When she went outside to greet the officers, she was fatally shot by Officer Mohamed Noor, who told investigators he was startled when she came upon his vehicle.

A jury convicted Noor, a Somali American, on charges of third-degree murder and second-degree manslaughter, and he was sentenced to 12-1/2 years in prison. Freeman, who had pursued charges against Noor, said he was the first police officer to be convicted of murder in Minnesota in recent memory.

The outcome, while upheld by some as an example of how officers are not above the law, also rankled others who said racial and socioeconomic factors were at play, and it was further proof that the criminal justice system treated white and black victims — and white and black officers — differently.

Rep. Ilhan Omar, D-Minn., said in the wake of the protests in Minneapolis that the disparities continue to play out when she sees how police have deployed tear gas against demonstrators, many of whom are black, compared to the mostly white and armed protesters and militia members who have shown up at state capitols across the country in opposition to stay-at-home orders related to the coronavirus pandemic.

“The only explanation for that is to look at the kind of extreme injustices we have in our society, who is being valuable and who isn’t, whose rights are protected and whose rights are not,” Omar said on MSNBC. “You know, in Minneapolis, we’ve had cases where police officers have taken the lives of black folks. And we have cases where a life was taken, and it was a white woman,” Omar said of Damond, “and we’ve all in the same manner asked for justice in all of those cases, and there was justice granted for that woman.”

But Floyd’s death could be another exception, said David Harris, a professor at the University of Pittsburgh School of Law and host of the podcast “Criminal Injustice.”

Harris said the evidence that’s been made public so far — that Floyd, 46, did not appear to be resisting when police had him in custody and that he was saying “I can’t breathe” repeatedly as Chauvin kept his knee on his neck for about eight minutes — indicates homicide charges “seem likely.” Officers were responding to a report of a forgery at a grocery store when they encountered Floyd outside.

But “it’s hard to say to what degree or grade of murder it would be,” Harris added, without knowing the full scope of the evidence.

Floyd’s family has called for murder charges against Chauvin and all of the officers at the scene, who appeared not to have intervened, to be criminally charged.

Harris said whether that would happen to the three other officers is “harder to call,” but officers in general have a duty to protect the public from harm and only use force if it’s “reasonably and objectively necessary.”

“Police officers, unlike the rest of us, have the right and sometimes even the duty to use a degree of physical force to effectuate their legal and procedural duties,” he added.

Police training experts say Chauvin’s use of his knee appears out of line if Floyd, who was already handcuffed, was cooperative.

Mylan Masson, a retired Minneapolis Park police officer and longtime police training expert for the state of Minnesota at Hennepin Technical College, said a handcuffed Chauvin should have been made to sit up on the curb. Using a knee is not a technique taught in the Minneapolis Police Department training program.

Minneapolis police’s policy allows neck restraints with an arm or leg but “without applying direct pressure to the trachea or airway.”

Harris said that if Hennepin County prosecutors don’t believe charges are warranted in the case, federal prosecutors, who are already helping to investigate, could step in.

But the federal prosecution of law enforcement officers remains uncommon because “federal law requires so much proof, even during an administration like with Obama and Clinton where there was a strong and robust civil rights division,” Harris said.

Since 2005, 98 nonfederal law enforcement officers were arrested in connection with fatal, on-duty shootings, data from the Police Integrity Research Group found in early 2019. As of March 2019, 35 of those officers were convicted of a crime.

No matter what charges, if any, are brought, Floyd’s death has cemented the feeling that a pattern exists of black and brown people feeling powerless against police and of an “enduring collective angst,” said Keith A. Mayes, a professor of African American and African studies at the University of Minnesota, Twin Cities.

Floyd had lost his job as a security guard as a result of the coronavirus pandemic, according to news reports, and whatever alleged criminal act he may or may not have done should not have been a death warrant, Mayes added.

The family of Damond felt like “they received the justice they deserved,” Mayes said. “All we’re saying is that we hope George Floyd and his family can receive the same thing.” 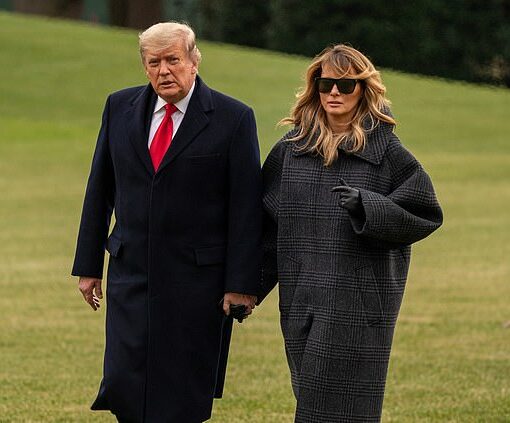 Before losing the election to President-elect Joe Biden, President Donald Trump pointed a finger at Jared Kushner and said it would be […] 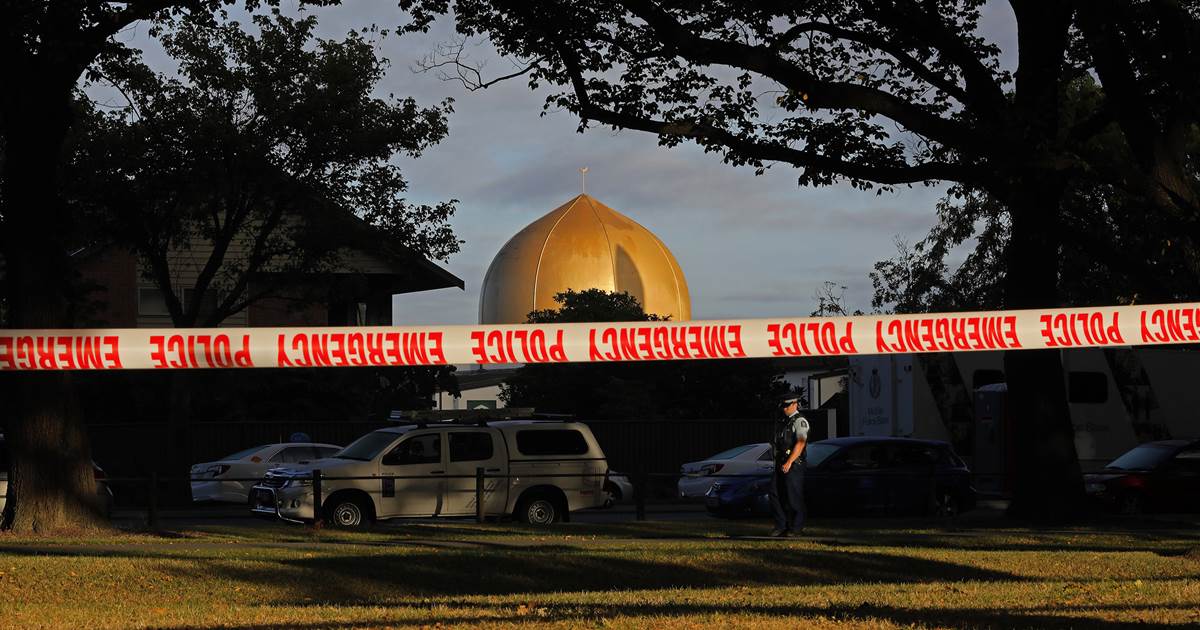 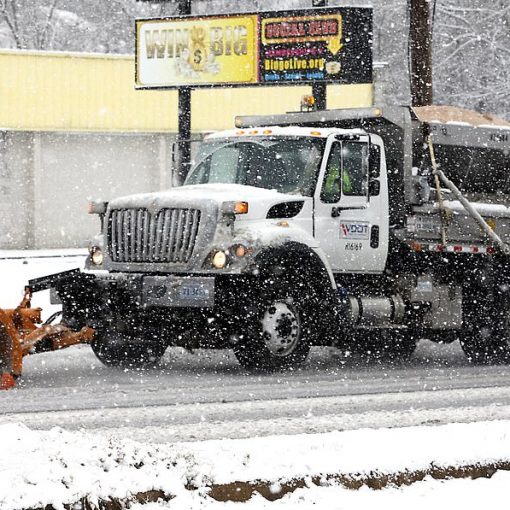 The winter storm that pummeled Chicago on Saturday was steamrolling toward the East Coast on Sunday, bringing with it possible blizzard conditions […]