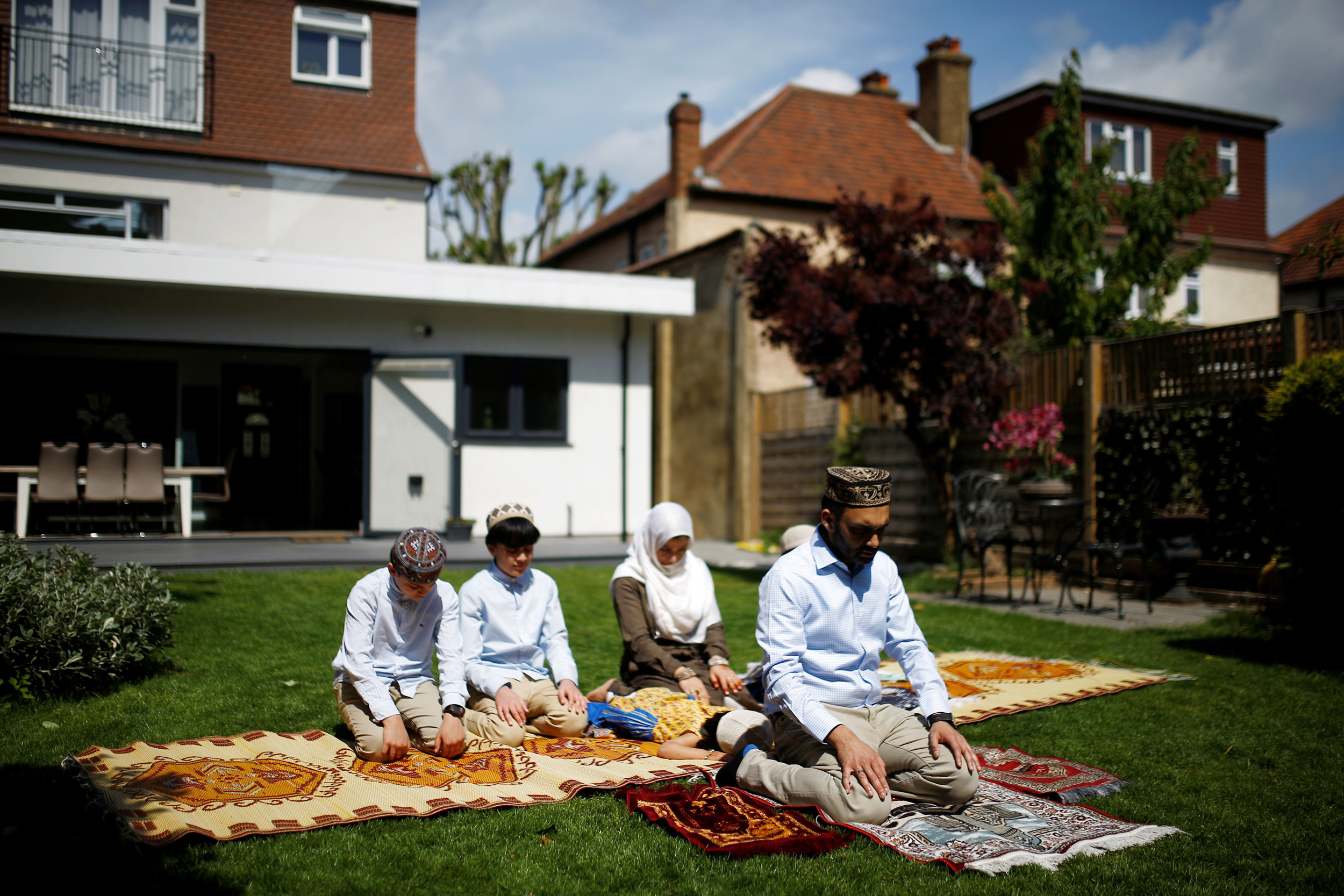 Indonesia, the world’s largest Muslim-majority nation, has reported nearly 22,000 infections and 1,350 fatalities, the most in Southeast Asia. Lockdown orders intended to contain the pandemic mean there will be no congregational prayers at mosques or even open fields, no family reunions, no relatives bearing gifts for children.

“This outbreak is not just dampening spirits of Eid, but also has made the tradition entirely different,” said Andieka Rabbani, a university student in Jakarta. This year, like many Indonesians, he will only see family and friends through video calls.

In neighboring Muslim-majority Malaysia, businesses have mostly reopened after weeks of lockdown. But mass gatherings are still banned and people are not allowed to travel back to their hometowns for the holiday. Police have turned away more than 5,000 cars and have warned of strict penalties for those who try to sneak home.

Malaysians are only allowed to visit relatives who live nearby, and only on Sunday, with gatherings limited to 20 people. Mosques have reopened but are limited to small congregations of up to 30. Malaysia has reported 7,185 infections and 115 deaths.

Rohaizam Zainuddin said he felt blessed he could celebrate Eid with his elderly parents living nearby, but his sister in another state could not return home.

“We are frustrated that celebration this year is not the same,” he said. “But there is no point getting angry. We just have to accept it, life goes on.”

He and his family members are still wearing new clothes and preparing traditional dishes. Plates of cookies are set out for any visitors, alongside a thermometer and hand sanitizer.

In Pakistan, Eid is being celebrated in the shadow of the coronavirus and in the wake of a passenger plane crash near Karachi on Friday that killed 97 people.

For the first time, Pakistan is celebrating Eid countrywide on the same day, ending an annual controversy between rival committees over the moon sighting that signals the start of the holiday.

Pakistan has taken measures to control the spread of the coronavirus since mid-March, but Prime Minister Imran Khan refused to close mosques during Ramadan despite pleas from doctors and a rising number of infections. Pakistan has reported more than 52,000 cases and more than 1,100 deaths.

More than 1,000 worshippers gathered and prayed shoulder-to-shoulder in an open field in Karachi on Sunday, with only a few of them wearing masks.

In neighboring Afghanistan, the government and Taliban insurgents announced a three-day cease-fire in honor of the holiday.

Filipowicz funeral: Heartbreaking farewell to father and son who died in Superstorm Sandy

Historians weigh in on Trump's picks for new 'Garden of Heroes'

'NOT ok with me': Neil Young blasts use of his songs at Trump rally

Sheffield United sweep Tottenham aside to revive hopes of Europe