It’s exactly one year since he was re-elected. Online, there are TikToks of teenagers singing his praises. Shock jocks have apologised for previous criticism.

It’s in stark contrast to how he was viewed during the bushfire crisis, where he took a secret holiday to Hawaii while the nation was on fire.

Mr Morrison’s perceived failures sparked immense public anger. Citizens swore at him on camera, while firefighters and survivors refused to shake his hand.

Then, as the blazes were dying down in late January, Australia found itself sucked into the coronavirus emergency.

Months later, it has come out on top, seen as a world leader in its handling of the virus. The nation has recorded fewer than 100 deaths and around 7,000 cases.

Only a dozen patients remained in intensive care across the country as of Monday. The leader’s approval rating stood at 66% – one of the highest for any Australian prime minister in the past decade.

So how did did Scott Morrison turn things around?

In facing the virus, Mr Morrison sought out expert advice, listened to it and acted on it – despite the cost.

This worked, observers say, and the chief medical officer Dr Brendan Murphy was never far from his side (or 1.5m at least) at every major announcement.

It was on his advice that Australia shut its borders to China when the World Health Organization (WHO) was saying travel bans weren’t needed. Canberra also called it a pandemic before the official classification.

“Clearly, yes, you should listen to the health experts in the middle of a health crisis,” says Dr Tony Bartone, the president of the Australian Medical Association.

“But listening to the health experts can create an enormous economic disruption. And it takes bold and strong leadership to listen fully and listen early.”

When it became clear local infections were accelerating, Mr Morrison acted quickly – spurred on by the leaders of Australia’s biggest states. Shortly after case numbers tipped over 1,000, bars and pubs were shut and larger social gatherings banned.

The economic consequences of shutting up shop would have appeared daunting, but he didn’t drag his feet – unlike leaders in the UK and the US, Dr Bartone says.

Instead, he listened to the science – something he was repeatedly accused of ignoring during the bushfires.

But that was a crisis of a different sort, says historian Prof Frank Bongiorno, from the Australian National University. Australia’s PM was compromised by political baggage.

Scott Morrison’s conservative coalition – in power for the past seven years – had long downplayed and even rejected the science of climate change.

Scientists and fire chiefs had warned the government that a particularly harsh fire season was in store. They say their calls were ignored.

So when the emergency flared up, critics accused the PM of not taking enough action. They say he was initially reluctant to acknowledge the severity of the environmental disaster, and failed to address the underlying cause.

But with a public health crisis, “there wasn’t that kind of baggage”, says Prof Bongiorno. Australia has an advanced, well-functioning health system primed to respond to outbreaks such as this one.

“No-one has accused the Australian government of being hopelessly underprepared for a pandemic,” he says.

The rapid pace of developments allowed room for experimentation, which he embraced.

“He’s a thoroughly professional politician. He doesn’t have a big attachment to any policy position and is prepared to throw off particular positions for pragmatic reasons and move on to something else,” says Prof Bongiorno.

As such, Australians saw its centre-right government – which had for years bemoaned the debt hangover from the global financial crisis – accept that dramatic spending was necessary.

Charged with the economic health of the nation, Mr Morrison funnelled about 10% of GDP into spending – the biggest public spend on record.

While there have been problems within the application of these policies, largely they’ve received bipartisan support.

In fact, the $130bn (£70bn; $84bn) wage subsidy programme – JobKeeper – was proposed by the centre-left Labor opposition during the crisis’s early days – and at first rejected.

Then “the news vision of the dole queues forced a rethink”, says politics professor Mark Kenny, a former political editor at the Sydney Morning Herald and The Age newspapers.

Scott Morrison was unafraid to make the U-turn and “voters welcomed that flexibility rather than punished”.

The other masterstroke, say observers, was the early move to establish an emergency cabinet with the eight state and territory leaders to make decisions.

Australia is a federation – meaning it’s the state government which control the levers on hospitals, schools, policing, public transport and other services. Establishing a unified message from all tiers of government was an inevitable necessity.

But as new restrictions were rapidly rolled out over March and April, people also welcomed the collaboration that this approach guaranteed.

Indeed, the strongest criticism of Australia’s PM stems from the early weeks of the crisis, when messages from the states contradicted Canberra.

Even after the establishment of the National Cabinet, ongoing disputes over school openings drew bad press.

And crossed wires also led to the biggest failure in Australia’s virus response: the Ruby Princess cruise ship in Sydney.

In late March, thousands of passengers were allowed to disembark and disperse while there were Covid-19 cases on board. That spread led to 22 deaths, about 700 cases in Australia and more overseas.

While blame has largely fallen on state officials, Prof Kenny suggests the Morrison-led government is also to blame – particularly as the former immigration minister touted himself as the creator of Australia’s tough “stop the boats” immigration policies.

“However his government failed to stop the one boat that actually could cause direct harm,” he says.

Despite this, overall, Mr Morrison appears to have learned from his horror summer.

There were initial missteps which evoked the bushfire errors – for example, the perception of hypocrisy as the prime minister encouraged people to go to the football while also announcing a ban on gatherings of above 500 people.

But his clumsy explanations of lockdown restrictions in the first weeks gave way to clearer public speeches.

But as Mr Morrison marks his first year as prime minister, observers say the hardest bit is still to come.

The nation may yet need to fend off a feared second wave of cases. It’s bracing for the virus’ full economic impact. Recovery is a far trickier path to manoeuvre and future generations may well be saddled with the cost.

Unemployment is expected to hit 10%, and Australia has been tipped to enter its first recession in nearly 30 years.

He has two years to go until he has to face the voters again. Historically, it has been rare for leaders to be re-elected in times of economic strife.

Can the goodwill carry through for Scott Morrison? 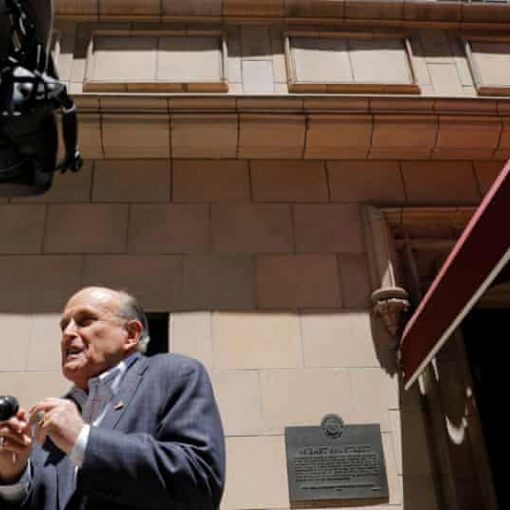 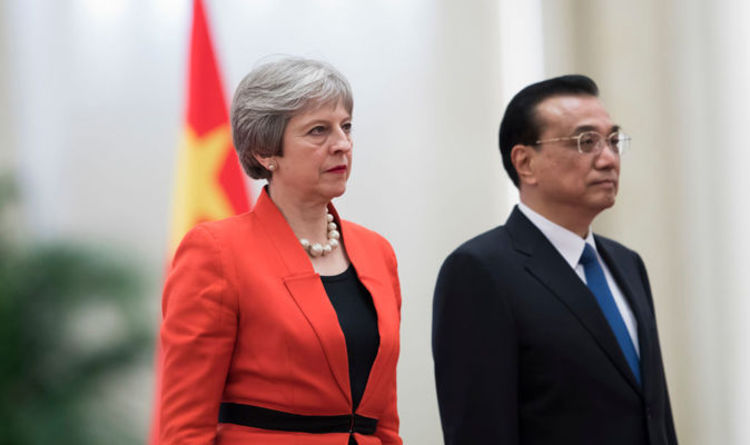 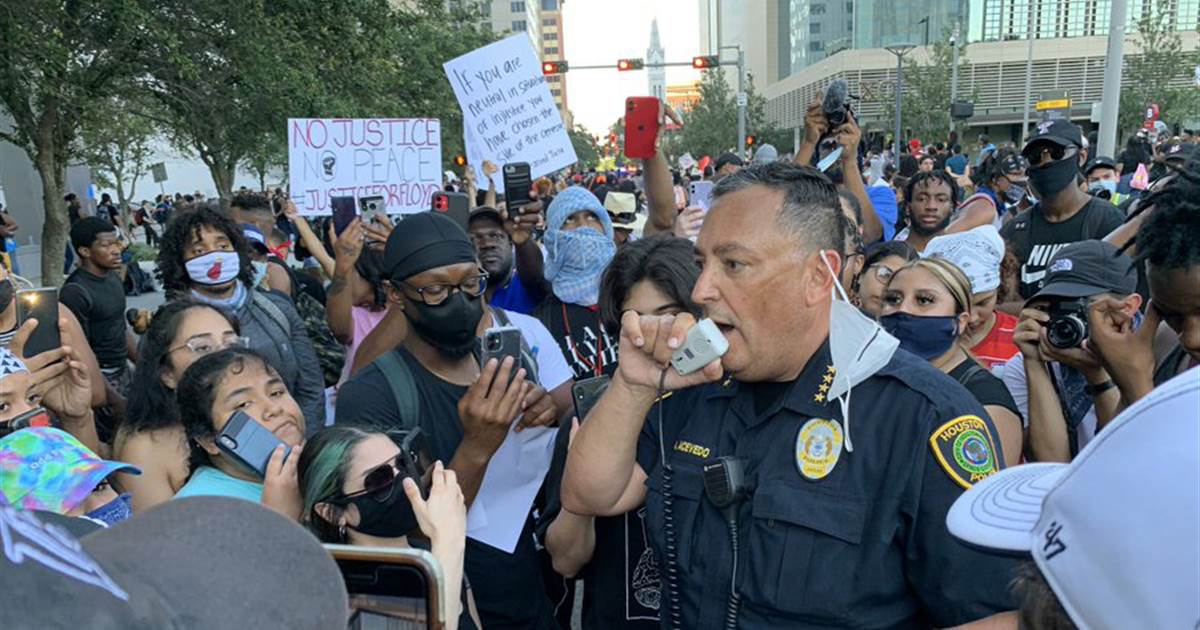 Brexit is 57 Days away. (Bloomberg) — Sign up here to get the Brexit Bulletin in your inbox every weekday. Today in Brexit: The […]