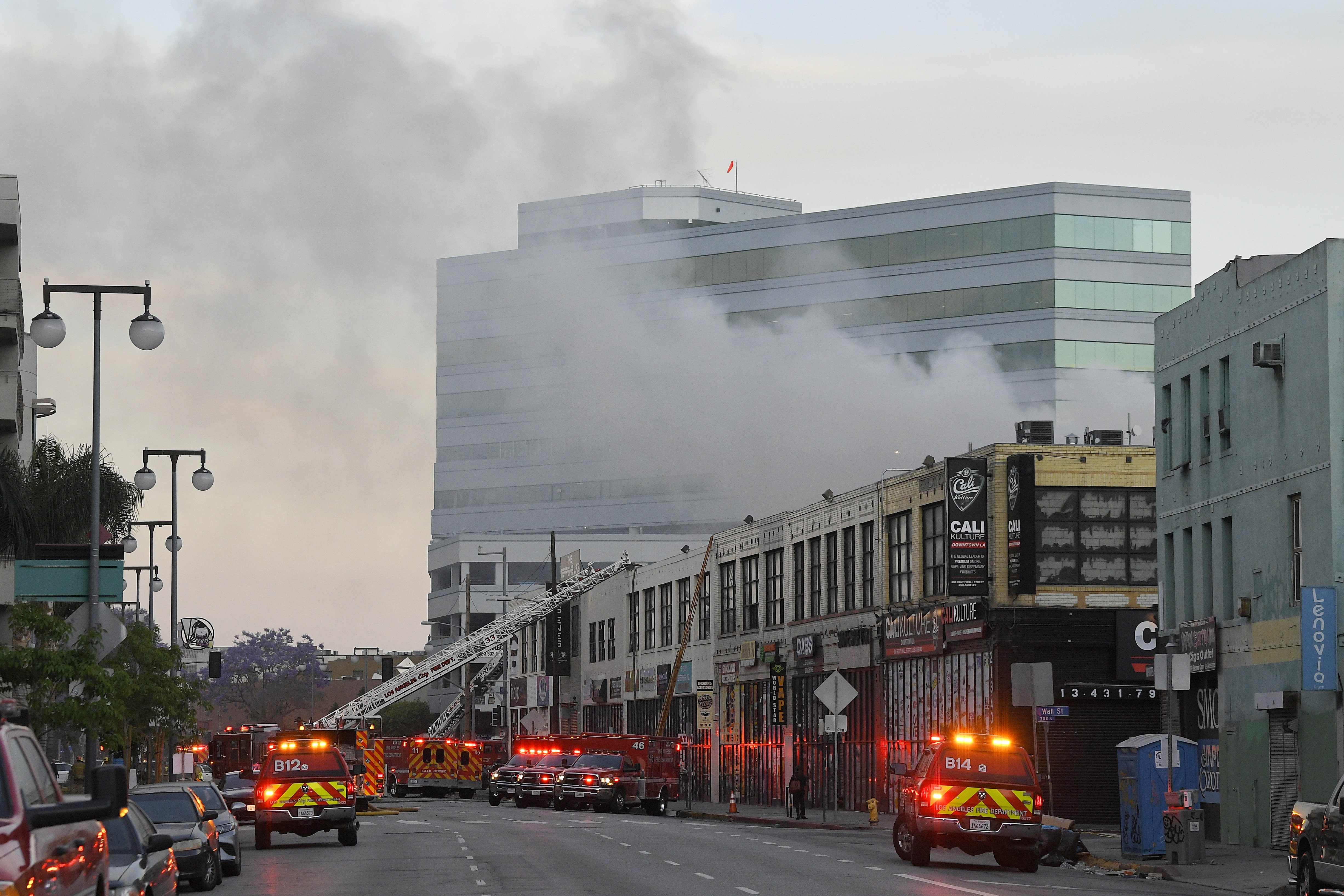 Investigators with the city’s fire and police departments — as well as the federal Bureau Alcohol, Tobacco and Firearms — are looking into a business connected to the warehouse, the sources said.

The business, Smoke Tokes, is reportedly a supplier for butane honey oil, the Los Angeles Fire Department said. An initial assessment found the company might be a wholesaler of products used to make concentrated cannabis, a process that usually requires the use of highly flammable butane.

The sources said there were no placards outside the warehouse warning firefighters about the butane.

City officials described Smoke Tokes as a “ghost business” because it doesn’t appear in local regulatory records. The company is incorporated as a limited liability company with the state, the officials said, but the city has no record of it.

Multiple attempts to reach the man listed in state records as the company’s owner were unsuccessful.

The fire, in Los Angeles’ Toy District, was reported at 6:26 p.m. After firefighters arrived, there was an explosion and a mayday call that the blaze may have spread to multiple buildings. Images showed firefighters crawling through the massive flames to try to escape.

“As that butane ignited it blew out of that commercial building like a blowtorch,” said Eric Scott, a spokesman for the Los Angeles Fire Department.

Los Angeles Fire Chief Ralph Terrazas said late Saturday that the 11 firefighters “are on the road to recovery.”

Melania Trump: FLOTUS refuses Donald Trump as he demands she stands up – VIDEO

The decision that will haunt Trump's reelection bid

Charge filed against woman who called police on black birdwatcher

Bubonic plague MAPPED: Check where plague is STILL a threat

July 6, 2020
The sixth-great-grandson of Thomas Jefferson and his slave Sally Hemings poses in...

No, they're not in training for I'm A Celebrity… they're just going to school