There’s only one military base in Grand Theft Auto 5: Fort Zancudo. The military base in GTA 5 is hidden on the outskirts of Blaine County, San Andreas, and there’s good reason to pay it a visit. Head to Fort Zancudo and you can recquisition a P-996 Lazer fighter jet, a Rhino tank, or other military goodies. Just be ready for one hell of a reception: Set foot on the base or fly over and you’ll quickly earn a 4-star Wanted Level, and the military will come out in force to greet you with bullets and heat-seeking missiles.

Here’s how to get to the military base in both GTA 5’s singleplayer and in GTA Online, and what to expect when you get there.

Where is the military base in GTA 5? Here’s a map

The military base is listed as “Lago Zancudo” on this nice satellite view depiction of GTA 5’s map, and it’s just south of the North Chumash beach. To the east is Mount Josiah and the small town of Harmony.

It stands out on the satellite image, but much more covert on the in-game GTA 5 map. Here’s what you’re looking for—notice how the tip of the base juts out of the shoreline. That’s the quickest way to spot it.

How to get into the military base

There are a few ways to get into the military base, which is surrounded by fences and gates and heavily guarded.

By aircraft, like a plane or helicopter—you’ll be given a two-star wanted level and a radio warning when you enter the base’s airspace, which will quickly be followed by a four-star wanted level and guided missiles if you don’t leave the area. You can still attempt to land, but it’s better to jump and open your parachute when you’re close to the ground. After you land you should have enough time to steal a military vehicle before you’re shot to death by the army.

With a fast car—you can jump into the base at a few different spots: Just look for a nice hill or cliff near the fences (see above). Ideally, you want to try to land in between the two outer fences, which line a concrete road that circles the entire base. If you make it onto this road without being seen by the gate guards, you can drive along it without getting a wanted level. There are several exits from this road, and one is behind the vehicle hanger on the north side of the base. Once you leave the concrete path you’ll be automatically given a four-star wanted level, but you’ll have a little extra time to steal a vehicle before you’re swarmed by the army.

By motorcycle—you can sometimes drive a motorcycle safely through the front checkpoint if the gate guard is looking in the other direction. If you slip past, you’ll see an entrance to that same, safe concrete road on your right.

How the military base works in GTA Online

The military base is still dangerous territory in GTA Online. Fort Zancudo remains an off-limits military zone, which means you’ll accrue a 4-star wanted level and the soldiers will open fire when you get too close. Unlike in singleplayer, the ground checkpoints are never open, so you’ll need to either hop the fence or take air transport to get inside the base.

But in GTA Online, there’s now a way for you to buy your way in.

The GTA Online Smuggler’s Run update, released in 2017, added aircraft hangars to the game, and there are three purchasable hangars on the military base:

If you buy one of these hangars, you’ll be able to enter the military base without earning a wanted level. Start firing a weapon or steal a vehicle, though, and you’ll earn a 2-star wanted level and the military will still attack you. Behave, and you’ll have the run of the base.

PlayStation Store’s PS Plus Double Discounts promotion starts today – PlayStation.Blog.Europe And so does Deal of the Week, Games Under €15 and […] CCG Writes – “FoxyLand is a fun platformer where you run around an island, collecting gems and jumping over spikes with hopes […] 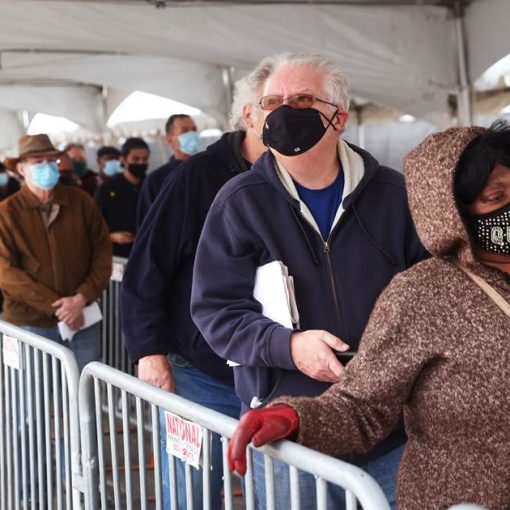 WASHINGTON — Vaccine holdouts could end up being the last obstacle to defeating the pandemic, and a growing effort is aimed at […]