Seeing photographs of Mary-Kate and Ashley Olsen out and about with a male suitor is like seeing a dog walk on their hind legs—it doesn’t happen too often and when it does rarely occur…well, you can’t help but stare.

Like any young woman who drew up in the age of circling items in the DELiA*s catalog and constantly forgetting to feed their starved Tamagotchi, I lived and breathed over all things Mary-Kate and Ashley Olsen. Especially their romances—on-screen and off.

While dELiA*s may have closed (RIP!) and Tamagotchi’s have joined the outdated toy graveyard (RIP, too!), my fascination (some would call it an obsession) with the icons has never wavered. I still know their birthday. I can recite lines from all of their straight-to-DVD movies on command. I can tell them apart in ANY photograph. And I still am endlessly fascinated by their hyper-private and super-secretive relationships, yet am filled with self-loathing over my fascination, given how much the sister value their privacy. And yet, the small crumbs of their inner-lives that sometimes drop to the floor are just too irresistible to pass on.

So imagine the audible gasp that escaped my lips when the news broke that Mary-Kate and her husband Olivier Sarkozy were divorcing after secretly getting married in 2015, with her emergency court filing being reported by multiple outlets.

Looking back over their respective romances over the years, it’s easy to see both Mary-Kate and Ashley each have a type of sorts.

Ashley generally seemed to gravitate toward the more business-minded men, while Mary-Kate was initially attracted to guys with artistic sensibilities. Ironically, both women are now either separating from or dating the opposite of their usual type.

One common denominator is that they both tend to date significantly older men—a trend that has been the source of much dissection and theorizing over the years, though it’s likely because they have been businesswoman and media moguls since they were nine months old.

It all began with Ashley’s first big relationship with Matt Kaplan, a handsome quarterback she dated for three years (when she was 15-18). Though he was three years her senior, he would prove to be her most age-appropriate paramour. (He would go on to marry The Vampire Diaries‘ Claire Holt before divorcing after less than one year of marriage.)

Funnily enough, Mary-Kate takes credit for their romance in a 2003 Rolling Stone interview saying, “I introduced them.”

Ashley described the romance like you would any other high school romance: “We go out to dinner, go to a movie. It’s pretty boring.”

Alas, like most first loves, Ashley’s romance with Matt did not last.

Following their split and a move to the east coast to begin her freshman year at NYU, Ashley began dating Scott Sartiano, a major fixture in the NYC party scene. Remember the glory days of Butter and 1 OAK? You can thank Scott. They split after one year.

Ashley then dated Tsubi jeans CEO  Gregg Chait from 2005-2007, leading to brief (always rumored, never confirmed) romances with Lance Armstrong (pre-fall from grace, post-Sheryl Crow) and Jared Leto, whom she was spotted making out with at a club in 2008 (and has been spotted with several times throughout the years). Oh, those pre-camera phone days, we remember you not-so-fondly.

However, her next serious relationship came in 2008, when she began her three-year relationship with actor Justin Bartha, best known for The Hangover and National Treasure, a surprising (dare we say more…commercial?) suitor in her dating history. They traveled the world together. They attended the Met Gala together. “It’s more important than anything else in the world,” she once told Marie Claire of their relationship.

I, hoarding every photo of the chic couple together like a squirrel saving up nuts for the winter, naively believed they would be together forever. Spoiler alert: they broke up in 2011. Fortunately, there was a random rumor that she was hooking up with Johnny Depp (pre-bankruptcy) to soften the blow at the time, though that is now less than ideal in hindsight. You live and you learn.

After the Bartha era, Ashley’s roster of rumored beaus was a rotation of esteemed older men.

In 2013, she was connected to Oliver Peoples CEO David Schulte (who was later named president of The Row, the twins’ fashion brand), from whom she reportedly moved on with film director Bennett Miller, then 49, in 2014.

After that, rumors swirled that she was dating renowned artist George Condo, then 59, after the two were spotted canoodling on a lunch date. (At the time her rep told us it was simply a “business meeting.”)

None were ever confirmed. None ever lasted.

Then, in the fall of 2016, Ashley was first spotted at a Knicks game with new beau Richard Sachs, a financier who was 28 years her senior. The romance lasted only five months, though he attended one of her close friends’ weddings as her date and they spent two major holidays together (Thanksgiving and New Year’s) in St. Barts. As one does at the start of a new relationship.

Ashley’s most recent relationship is with L.A.-based artist Louis Eisner, as the couple was photographed together—donning sweats—in London in June 2018 after first being spotted together in October 2017.

And get this…he’s her first boyfriend that is younger than her, weighing in at 30 years old when they first started dating.

Compared to her sister, Mary-Kate was more of a late bloomer when it came to the dating scene (and even had her first-ever kiss on-screen in Passport to Paris with—fun fact alert!—Ethan Peck, Gregory Peck‘s grandson who used a questionable accent to play her cute French boyfriend).

After a brief romance with Henry Winkler‘s son Max Winkler in 2002, MK’s first serious boyfriend was David Katzenberg, who is the son of Dreamworks co-founder Jeffrey Katzenberg. The pair dated for about a year and broke up just before the twins headed to college at NYU. (He went on to date Nicky Hilton Rothschild. This will become important in a few seconds, so yes, it’s relevant.)

But the most infamous relationship of Mary-Kate’s young life was with Greek shipping heir Stavros Niarchos III. While Mary-Kate has always been notoriously private, the same cannot necessarily be said of the woman Stavros ended up leaving her for after five months in 2005: Paris Hilton.

Making matters worse? MK is the one who introduced her then-friend Paris to her ex.

Breaking from the Olsens’ usual M.O. for not revealing details of their personal lives, MK couldn’t help but open up about the gossip scandal.

“[Paris and I] always only had nice things to say about each other,” she candidly told W Magazine. “Now I guess you can tell we’re not talking.”

Soon after the affair, a devastated MK made the decision to drop out of college and move back to Los Angeles. When asked by the publication why she was moving, she simply said, “I think we can all guess.”

Mary-Kate chose to nurse her broken heart in LA by dating Max Snow, a modern triple-threat (aka oil heir/photographer/nephew of Uma Thurman), though the romance lasted less than a year.

In late 2008, Mary-Kate found her next serious boyfriend in artist Nate Lowman, with the couple going on to date until early 2010, with her rep having to deny reports she was seen making out with Josh Hartnett following their split. (Hey, there are much worse rumors to have to deny, right?)

“Everyone has an opinion,” Mary-Kate told WSJ Magazine of the media attention on her relationship. “I find it’s better to focus on what’s in front of you and to keep putting one foot in front of the other.”

In November 2015, Mary-Kate and Olivier secretly wed in front of 50 close friends and family (none of the Full House cast landed invites BTW), with their wedding reception becoming infamous after the detail that bowls of cigarettes acted as the centerpieces.

“Everyone smoked the whole night,” a likely raspy-voiced insider told us at the time.

Given their fierce dedication to their privacy (remaining completely off social media, save just one public selfie that may or may not served as my screensaver for a fleeting moment in time), Mary-Kate briefly opened up about married life in a 2017 interview with Net-a-Porter’s The Edit.

“I think we’re lucky. [Working hard] comes quite naturally for us. We don’t need so much time to sit and think and ponder,” she said of working with Ashley on their fashion empire. “But then I have a husband, two stepkids and a life; I have to go home and cook dinner. I ride horses on the weekends. You find the thing that helps you relax, and if you don’t have it, you have to look for it. Or you get burned out, and then you’re not productive.”

But after five years of marriage and the couple last being spotted together celebrating her 33rd birthday with her sister in matching tiaras, news broke on May 13 that Mary-Kate and Olivier were divorcing, with multiple outlets reporting she is seeking to end her marriage to the French banker through an emergency order.

Court documents revealed Mary-Kate actually attempted to file for divorce on April 17, but was unable to do so because of the ongoing coronavirus pandemic.

She is seeking to file ASAP because she claims Olivier is attempting to kick her out of their NYC apartment after he terminated their lease without her knowledge. She is also requesting that their prenuptial agreement be enforced.

And a source is telling us that “It’s gotten very ugly between” the former couple, adding that it’s become “a heated divorce. She’s done with constant drama.”

Hey, like Mary-Kate said at the end of The Challenge, their last straight-to-DVD release, “Boys will come and go, but we’ll always have each other. And that’s not just in the movies.”

How can the man formerly known as Ben Solo ever be redeemed? He killed his own father in cold blood, after all. […] 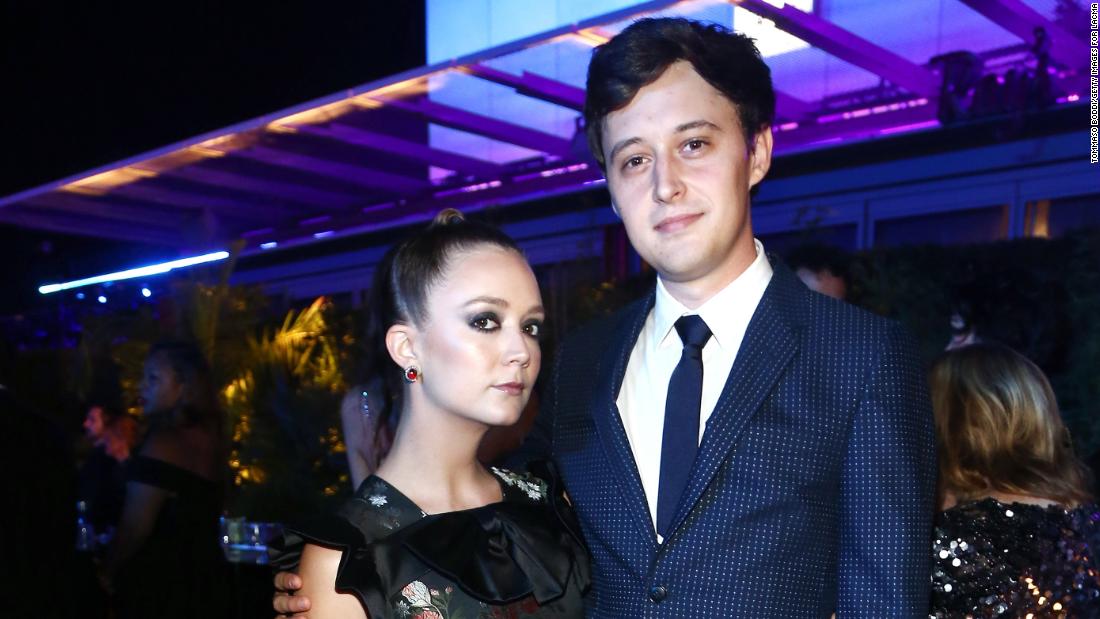 Lourd and her fiancé, Austen Rydell, have welcomed a son, Kingston Fisher Lord Rydell. Actress Carrie Fisher died in 2017 at the […] 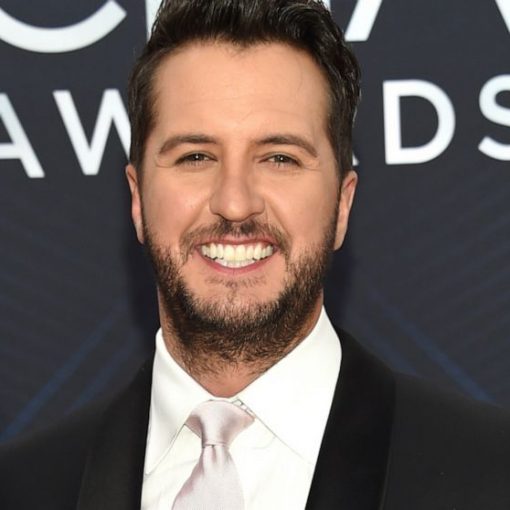 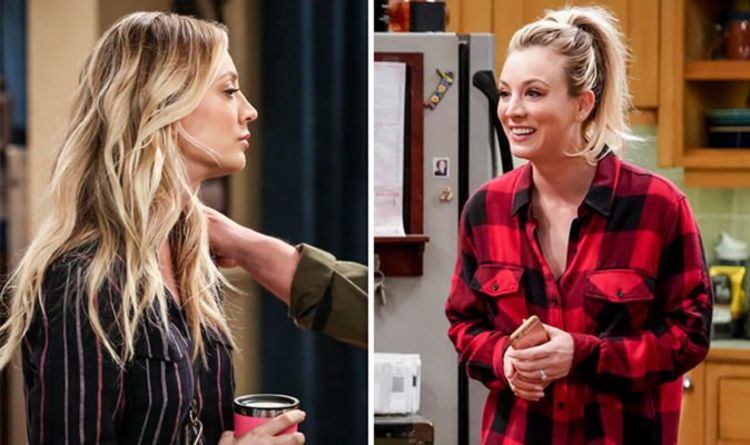 Penny was initially called Katie and it appears bosses just did not take to the character or Cuoco in the role.  Can […]