WASHINGTON (AP) — A husband coughing up blood. A sister close to death. Another friend felled by the coronavirus.

The beat against Congress has always been that its members are out of touch with average Americans. But that’s not true when it comes to the brutality of COVID-19 and its march across boundaries of wealth, education and power. Despite their privilege, at least one senator and seven House members have reported testing positive for the disease.

Like so much of the world, lawmakers are experiencing a humbling dose of fear, sorrow, anger and isolation. The result is a wide and deep imprint on the same Congress charged with helping a traumatized nation.

“Everyone by now knows someone that had it,” said Sen. Amy Klobuchar, D-Minn., whose husband, John Bessler, recovered from a frightening coronavirus infection that sent him to the hospital. “Even if the person didn’t get really sick, they all know how scary it is. They know how scared they were.”

There are signs that the misery sparked acts of kindness between Republicans and Democrats after years of little cross-aisle contact. “We’re texting friends,” Rep. Mario Diaz-Balart, R-Fla., said of “light texts” he and Rep. Ben McAdams, D-Utah, exchanged after both suffered and recovered from the virus. “Several of us check up on each other now. So it’s been nice.”

Washington nice, perhaps, for the moment.

However unifying on a human level, the crisis is posing fraught policy questions. Searing disputes loom over how to spend trillions more and whether to protect businesses from lawsuits as the nation reopens. Oversight investigations are just spinning up on the administration’s virus response.

Still off in the murky future but influencing everything: the November elections, with control of the House, Senate and White House at stake.

Trump is continuing to lead with vitriol, resuming his practice of calling the speaker of the House “crazy Nancy.” Nancy Pelosi is blaming Republicans for ignoring the science of the virus’s spread. Republicans are complaining that she held up cash infusions for small businesses. All sides in a recent Twitter spat bickered over who “walked away from bipartisanship” on China, where the pandemic began.

And round it goes, even as everyone in the political world strives to project empathy. The task is especially tall for the nation’s 45th president, who is not known for feeling other people’s pain.

“I don’t think anybody can feel any worse than I do about all of the death and destruction that’s so needless,” said Trump, challenged recently on his handling of the crisis as the death toll stretched past 70,000. This week, the virus touched his inner circle, too, when a valet tested positive after being in the same room with the president.

In key ways, America’s representatives in Washington aren’t much like America. Lawmakers make at least $174,000 a year and get health insurance courtesy of taxpayers. They’re far wealthier than most people and tend to have loftier educations. So their policy debates on health care for the masses and other help for the “average person” can often sound abstract and academic.

But on the coronavirus, empathy isn’t a stretch.

Sen. Elizabeth Warren, D-Mass., lost a brother to the virus. House Financial Services Chair Maxine Waters, D-Calif., dedicated the last relief bill, which she had quietly helped write, to a sister she said was dying of the coronavirus in Missouri. Rep. Madeleine Dean, D-Pa., lost her mother-in-law to the disease. Rep. Brenda Lawrence, D-Mich., reported that she’d just heard “another dear friend” had passed away.

“I stand here today with my heart broken,” she said last month on the House floor.

On Thursday, his mask pulled down while he spoke, Sen. Tim Kaine, D-Va., mused about the virus’s reach and speed.

“I’m a well-off U.S. senator,” Kaine said at a health committee hearing, the first since March 3. “I know four people who have died of coronavirus since we were last together.”

In sections of the country where the virus was slow to spread, lawmakers said the difficult conversations revolve around the financial straits of families who can’t work because of closures.

“It’s devastating,” said Rep. Larry Bucshon, R-Ind., a heart surgeon whose district includes 19 counties. The anxiety in his district, he said, centered around closures like the one at a Toyota assembly plant in Princeton, which has been dark since late March. State statistics on Friday said surrounding Gibson County had seven positive cases of the coronavirus and zero deaths.

Bucshon’s medical training tells him closing may have been smart, but his conversations with constituents tell him it may be time to reopen. The decision is a weighty one.

“You’re going to find not many politicians (who) say, ‘Hey, flip the switch back on,’” Bucshon said in a recent interview. ”Because imagine if they open that Toyota plant with 6,000 employees, and they have 200 deaths in the next month.” Local news reports say the facility will begin a slow reopening next week.

Democratic Rep. Alexandria Ocasio-Cortez represents Queens, the hottest of coronavirus hot spots in part because of the population density of the New York City borough. She’s spent many of her days, face mask on, helping deliver food while staying in touch with constituents on social media.

“I’m feeling it,” she said during a Zoom call in recent weeks. She said she’s lost organizers, and one of the people in her office lost a parent to the virus. “I’m worried about my family in Puerto Rico. I’m worried about my mom. … I’m trying to figure out, you know, do I bring her to New York, which has a worse situation?”

Klobuchar said she’s noticed a few changes in her approach since her family’s harrowing bout with the virus. For one, she understands the isolation. John came down with the virus while he was in Washington and she was home in Minnesota. He endured its rigors, which included coughing up blood and driving to the hospital alone, to avoid infecting her and their family.

“I started calling more and more, and he doesn’t answer sometimes,” she recalled. “It was just getting scarier and scarier.”

She’s “obsessed” with improving testing because it took six days to get her husband’s results back. She also wants to require every state to allow voting by mail after watching people in Wisconsin risk their lives to vote last month.

“People were so mad,” she said. “That personal experience that I had is replicated all over the country. That’s part of why you see the visceral reaction.” 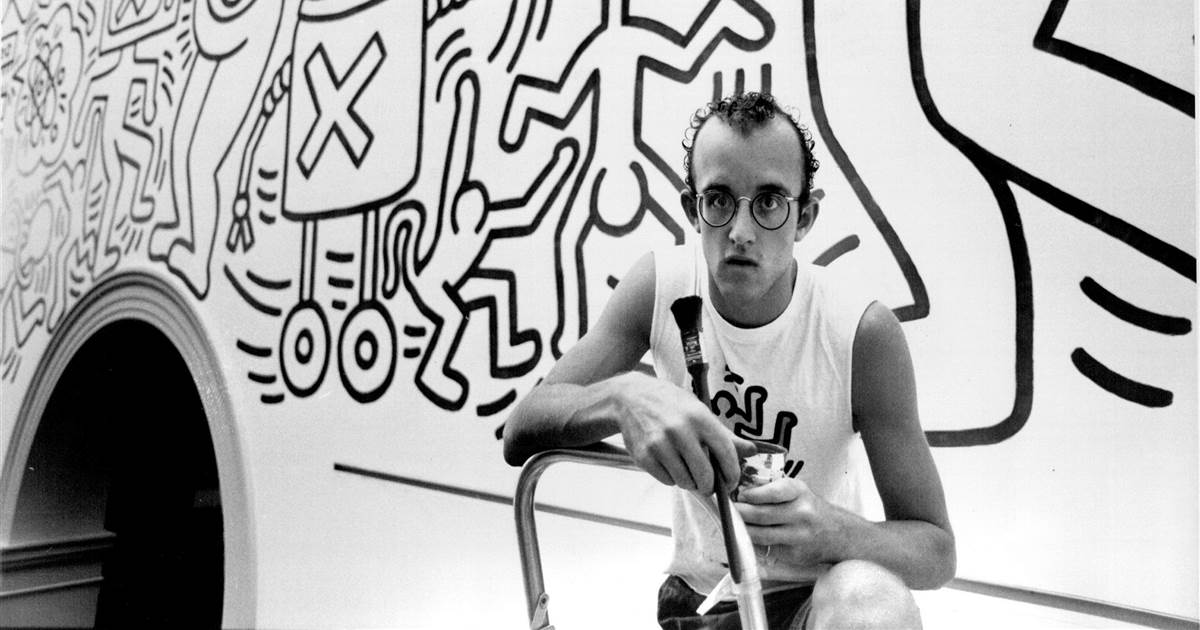 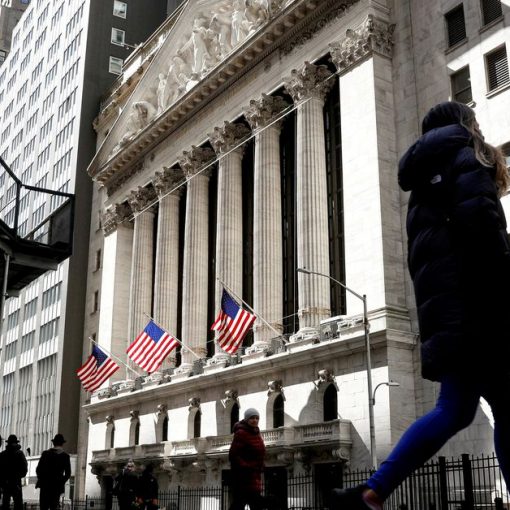 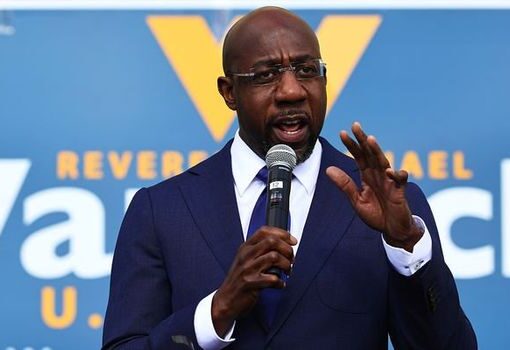 Nicola Sturgeon says Trump visiting Scotland is ‘not essential’ The US president, who was defeated in November’s US election, posted several furious […] 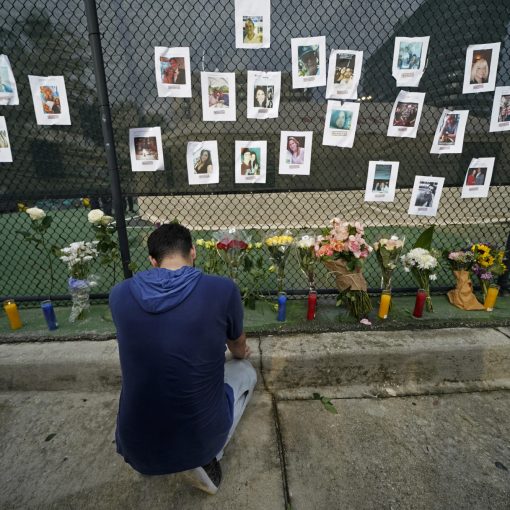