The next step in the BHA’s planning for a phased return to racing, which is intended to reflect what is likely to be a gradual loosening of the current lockdown restrictions, follows a call for racecourses to submit “expressions of interest” to stage racing under “full quarantine conditions at secured sites” in the earliest stages. Lingfield and Newcastle, which both have on-site hotels, are believed to be two tracks under consideration, with attendance limited to staff “essential to delivering the race fixture”.

The BHA’s latest update on resumption planning, issued on Thursday evening, also clarified recent advice that early meetings will be restricted to “the most experienced riders”, extending the definition to include apprentices with a 3lb claim.

The BHA also said that there will be no limit on the number of runners that an owner or trainer can have in a single race, despite fields’ sizes initially being restricted to 12, while inexperienced horses will qualify for a handicap mark after two runs rather than three, provided that they have finished in the first six on both occasions.

While no firm date has been set for a resumption in Britain before the government’s review of the current lockdown which is due next week, Norway joined Sweden in racing behind closed doors this week. Germany is scheduled to resume racing next Monday with France following a week later on 11 May.

French racing is poised to resume with several big-name horses in action on a valuable card at Longchamp, where Sottsass, third home in last year’s Prix de l’Arc de Triomphe, and Victor Ludorum, the favourite for the Poule d’Essai des Poulains (French 2,000 Guineas) are both expected to go to post.

Victor Ludorum, a 7-2 chance for the rescheduled Classic on 1 June, is expected to run in the Prix de Fontainebleau, while Sottsass, last year’s French Derby winner, is being prepared for his four-year-old debut in the Prix d’Harcourt.

Meanwhile, documents filed by the liquidator dealing with the failed online bookmaker MoPlay have shown that BetFred did not pay MoPlay directly to acquire the firm’s client list prior to the migration of around 180,000 MoPlay accounts and balances on to its books.

MoPlay, which was based in Gibraltar but also licensed by the UK’s Gambling Commission, stopped trading in February. Its customers could not withdraw outstanding balances but subsequently received an email from the firm saying that it had secured “an arrangement whereby another operator [BetFred] will honour your cash balance, so that you can withdraw funds and continue to play”.

The Guardian reported on 19 April that a number of former MoPlay customers had complained that their balances had not transferred to BetFred as they had expected. The liquidator’s report lists a number of reasons why this might have been the case, including accounts being “frozen” or “suspended” at the migration date. As a result, this may have included customers who attempted to withdraw balances in the days before MoPlay ceased trading, when the firm stopped processing withdrawal requests.

A BetFred spokesman has previously said that the firm “could not confirm how many accounts did not migrate from MoPlay, as this information is not within our knowledge”. It added: “[We] successfully migrated circa 180k customers from MoPlay to BetFred, these customers reflect eligible customer accounts and specifically excluded self-excluded or frozen accounts. We did not conduct any due diligence on the profitability of individuals in the MoPlay customer database nor did we close any BetFred accounts to prevent migration of MoPlay balances.

“Our actions to date are 100% in accordance with the terms of the contract with the liquidator and for those customers who did not migrate we are directing them to the liquidator to submit a claim in the liquidation.”

LONDON (Reuters) – Steaming in off his long run, curls bobbing, eyes fixed on the stumps, there have been few more intimidating […] 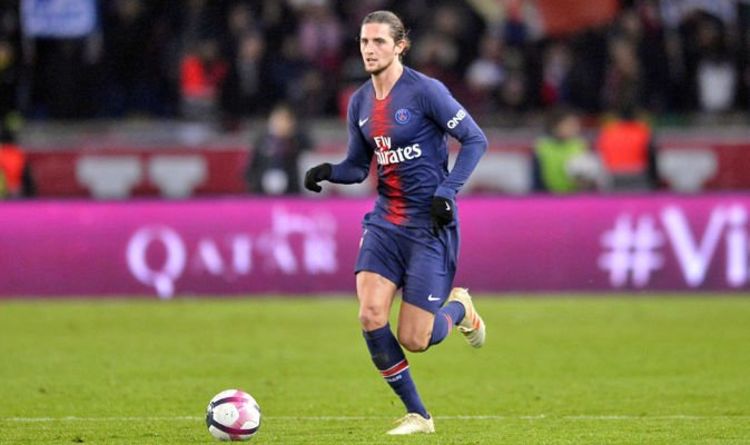 Rabiot has been linked with a move away from PSG this month as his contract continues to wind down. The midfielder will […]