Andy Cole gazes out of my laptop screen and, even in our strange virtual world, I can see clearly how his face creases with pain. His familiar voice resonates around the room as he explains how low he has felt these past weeks while in self-isolation and dealing with the continuing problems of a kidney transplant in 2017.

“There are many, many times when I want to give up, period, not just on life but give up on everything,” Cole says. “It becomes so difficult. I was struggling last Wednesday. It totally came out of the blue and I had to stay in bed. I conceded defeat and accepted that today’s not going to be my day. Previously, I would fight. But, ultimately, I know I can’t beat it.”

The former Manchester United and Newcastle United striker, who has been working as an assistant coach at Southend United, is 48 now. Eighteen months ago I interviewed Cole and he described the psychological and physical aftermath of his kidney transplant in searing detail. His battle has now been intensified by Covid-19 and the ensuing lockdown. Cole is being tested to his very limits.

“The past five years have been a shit storm. When I met you in October 2018 the biggest shit storm was just starting.”

He looks bereft and, in a normal situation, I might reach out and touch him lightly on the arm. It would be a small gesture to offer some comfort. But all I can say is how sorry I am.

Cole looks up with a little smile. “I’m still here. That’s the most important thing. But people don’t understand what you go through with this illness. They look at a transplant patient and say: ‘You’re OK. You look really well.’ Externally that can be true. But, internally, many things are going on. You’re dealing with the medication and your moods. I’ve been very fortunate I’m never angry about it.

“Your mental wellbeing is paramount because it’s so tough to deal with a disease that one day you feel unbelievably well and the next day you feel like a bag of shit. That was me last Wednesday. I asked myself: ‘What did you do on Tuesday to make you feel like this on Wednesday?’ Nothing. It was just that Wednesday came and I felt like a bag of shit. Couldn’t get out of bed. Thursday, I was OK again. I have to accept that sometimes my body is going to say: ‘I’m not having you today.’ So you have to rest and recuperate, and come back the day after.”

Cole still wants to spread hope. On Thursday he launches the Andy Cole Fund in conjunction with Kidney Research UK. The aim will be to raise money to enhance research into improving kidney transplants and patient wellbeing. Three million people in the UK have kidney disease and 36% of people on the kidney donor waiting list are from a BAME background.

“Kidney Research came to me,” Cole says. “I had an opportunity to pop down to Bristol where their lab is and I was absolutely blown away by everything they’re trying to improve. I sat in a room with 10 people and the chairman talked about the process of how they break things down and collect data. What really resonated with me was when he said so many people detested their bodies after a transplant. The mindset was, ‘I can’t look at myself. I hate myself.’ That’s the process I was going through. I look at the scars across my chest and stomach and think it’s repulsive. Then, you hear so many people going through the same thing. So I want to help people.”

Right now, however, his transplant problems have been accentuated by the lockdown blues. “It’s really hard and, day by day, it’s getting harder. Once you have this disease you want to get out, exercise and be around people. When you’re confined to a small space and you have to stay indoors and you can’t socialise, it’s really tough. I’ve been living on my own the past two years. I used to find it really comforting to go see someone for a chat. It got me out of the house. Yes, we can have as many Zoom calls as we like but it’s not the same as being out, speaking to people, having a laugh.”

Cole stresses that his family and friends are looking out for him on his own in north London. “Mentally, it’s numbing. Getting up in the morning, you ask yourself: ‘Right, what can you do today?’ You end up doing the same things and there’s only a certain amount of time you can clean up. It’s a bit OCD but, ultimately, there’s nothing else I can do. I keep saying to my mates: ‘I’m toast, I’m toast.’ It’s that hard mentally. But I’m humbled by how much my friends really love me and appreciate me still being here. What they’ve done for me over the past six weeks, and five years previously, has been absolutely unbelievable. Same with my family.”

He is still separated from his wife, Shirley, to whom he had apologised in our 2018 interview. “I let a lot of people down by not speaking about my situation. I just wanted to think it would clear itself up. It was never going to do that.”

Cole’s current isolation has made him understand how much he needs the support of his friends: “A couple of my mates popped around the other day, and I spoke to them outside at a safe distance. They came all the way from south London and I couldn’t ask them in. This is where we’re at now.”

As a consequence, Cole says: “My mind never stops going. I’ve had a lot of restless nights. So there’s a hell of a lot of tiredness. I worry about having to go through another transplant. My new kidney could stop working tomorrow so I ask myself all the time: ‘Could you do it again?’ Some days it’s ‘Oh yes’ and other days I’m not sure.”

Cole offers further insight into his health problems when he reveals: “Last year I had about six chest infections. On Boxing Day I was rushed into hospital. I didn’t feel well after I got back from the Man U-Newcastle game. I was really, really cold. My mate told me to call the doctor. I ended up going to hospital in an ambulance. They were running tests on me, believing I had liver cancer. That was a real body blow.”

Fortunately he was cleared of cancer but Cole says he still has to overcome his reticence to open up and admit his vulnerability. He nods when I say he is speaking with admirable honesty today. “It’s gotten a little easier. I’m more prepared to talk about it with my mates. If you’re thinking of giving up on life it just leads you to destruction. But I’ve always wanted to do things by myself. And when I can’t do them, I struggle. I’m not someone who likes to ask for help. I feel like I’m burdening people – even though everyone always says, ‘Never, ever feel like that.’ It’s still very foreign to me.

“I know I can’t do it by myself, even if some days, like last Wednesday, I tell myself, ‘Man, you’re here alone. Get through today and start another day tomorrow.’”

Does Cole also sometimes acknowledge how well he has done since he fell ill five years ago? “Well, I ask myself: ‘How have you done it? From going down with the illness to having a transplant to where you are now.’ I don’t know how I’ve done it. Some days are a total blur. But my mates say that the improvement I’ve made in the last 18 months has been unbelievable. They take their hats off to me. They say: ‘You’re a lot stronger than you think.’”

Cole’s desire to set up the kidney research fund was deepened by a trip last year to the World Transplant Games in Newcastle where he was “moved to tears” while talking to patients who had experienced the same trauma. Some were playing football again. Could Cole imagine himself doing the same one day – even if the man who has scored the third highest amount of goals in Premier League history would have to accept a huge drop in playing standards among fellow transplant patients?

“Some days I say ‘I’d love to’, and some days I’m not sure. But if it came around again and I had the opportunity, I think I would go for it.”

Cole looks so much brighter and he smiles again when I ask him if he feels any sympathy for Liverpool as they are so close to winning the league title that has eluded them for 30 years – only for the season to be in lockdown? “I can’t be biased. If Manchester United were in this situation I would be bitterly disappointed. Liverpool have every right to be bitterly disappointed. They deserve to be called champions.”

But football seems insignificant when set against the struggle Cole faces. “It’s a rollercoaster,” he admits. “But I continue to give it a good go and fight as hard as I can do. You have to try and feel optimistic for the future. I’ve got to face the reality but try and stay as positive as I can. But, when I’m here alone, I have time to think. I know that this is my biggest challenge.”

• In the UK and Ireland, Samaritans can be contacted on 116 123 or email [email protected] or [email protected] In the US, the National Suicide Prevention Lifeline is 1-800-273-8255. In Australia, the crisis support service Lifeline is 13 11 14. Other international helplines can be found at www.befrienders.org. 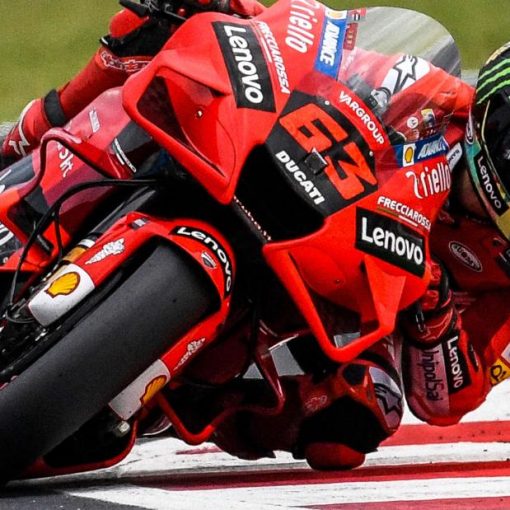 “My sister is only 20 months older than me,” the Italian tells CNN from the media center at Austin’s Circuit of The […] 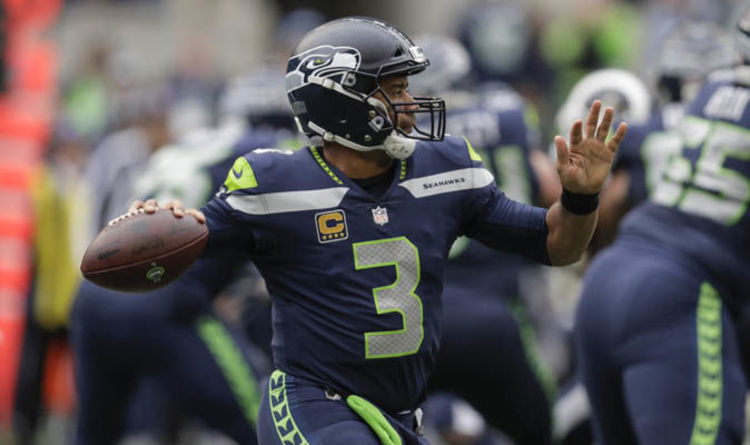 The NFL returns to London today as the Oakland Raiders and Seattle Seahawks battle it out at Wembley. Seahawks head into the […] 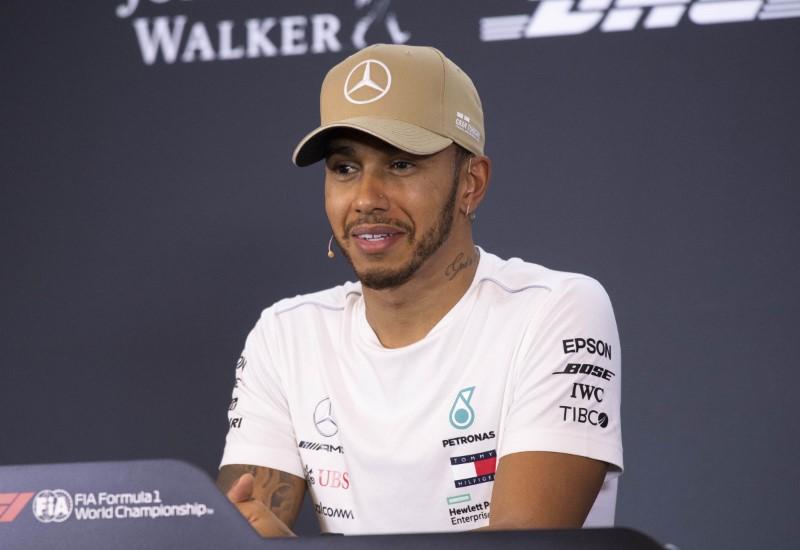 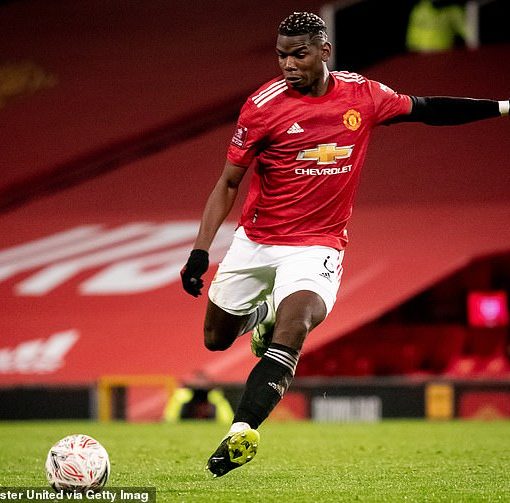