As the game releases on PS4 today, creators from the anime, JRPG, and manga industries including Tite Kubo, Yukiko Horiguchi, Shigenori Soejima share their work 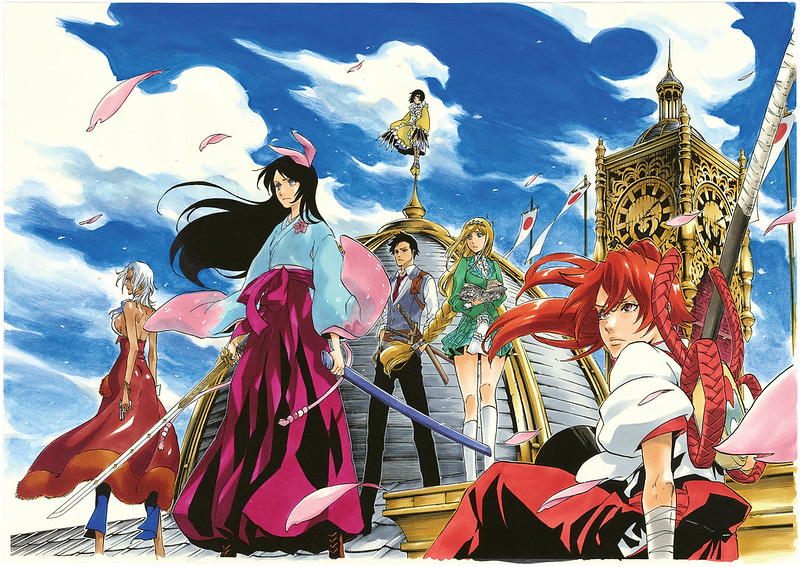 TITE KUBO. You may know him as the creator behind one of the most popular manga series of all time, whose influential work has stretched to every corner of the anime industry, and whose name recently resurfaced. He is also the main character designer of Sakura Wars, now available on PS4! 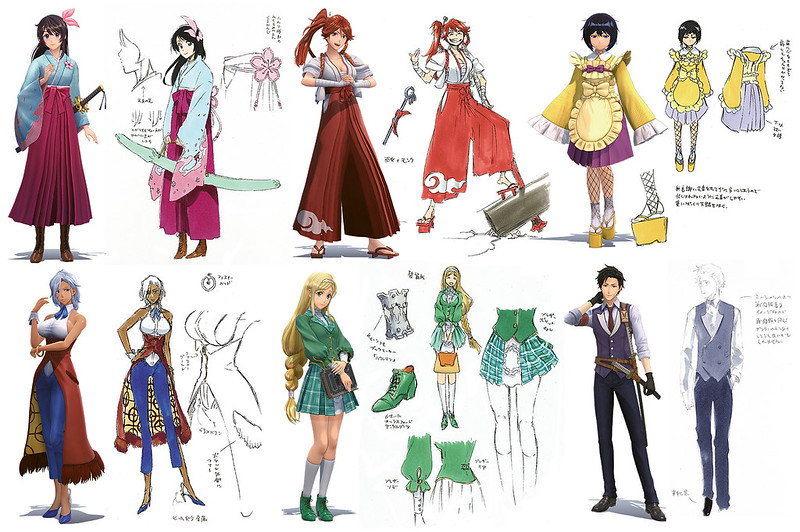 It has been a decade since the steampunk world of Sakura Wars has seen light in the west, and even longer in Japan. And because of that, when it came time to reboot the series, Sega went to some of the biggest names in the anime, manga, and JRPG industries to help bring this incredible series back to the world. Fans of Tite Kubo know well his attention to detail and the way he diligently integrates each character’s personality into their visual appearance.

His concept sketches include insightful notes about each character. For example, he specifies that Sakura Amamiya smiles with a V-shaped mouth when she’s dressing up and feeling cute. The shrine maiden Hatsuho Shinonome’s look is a combination of “priestess + monk.” Azami, ninja of the Mochizuki clan, sports a bob haircut with a few stray hairs to give off the feeling that she doesn’t care much about her appearance.

Additionally, Kubo-sensei noted that he decided not to draw crying faces for her or the worldly actress Anastasia Palma as “they don’t seem the type to cry in front of people.” For Claris’ clothing, Kubo-sensei called out such specific details as the fact that her Oxford ankle boots have 6 holes and her blazer is without pockets.

Along with Tite Kubo, any JRPG or anime fan is sure to recognize the names of some of the guest artists and their work. As captain of the Flower Division, you will be challenged by other Combat Revues from around the globe, most directly in the Combat Revue World Games. Each of these teams was handled by one of our guest artists, bringing their particular style and flair to their designs, as you’ll see below. 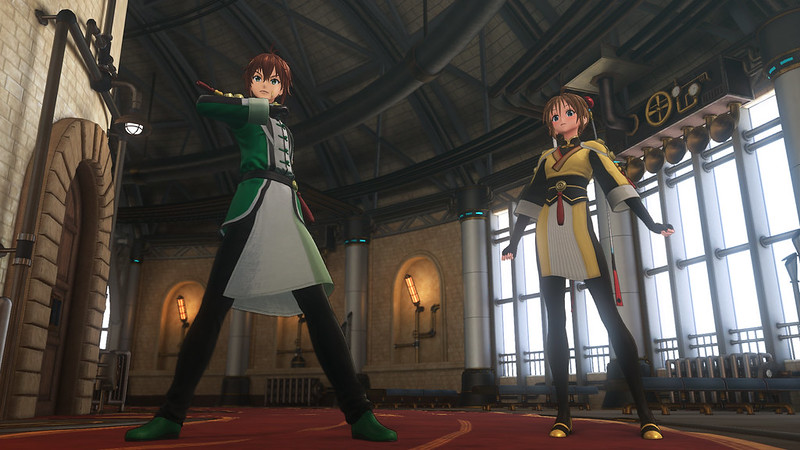 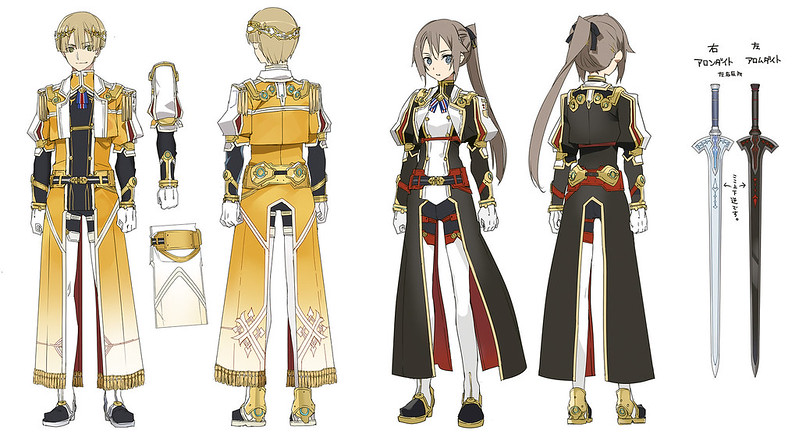 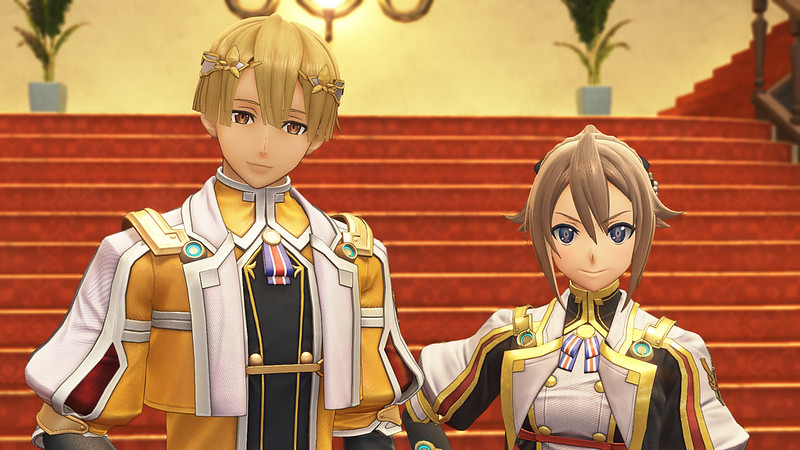 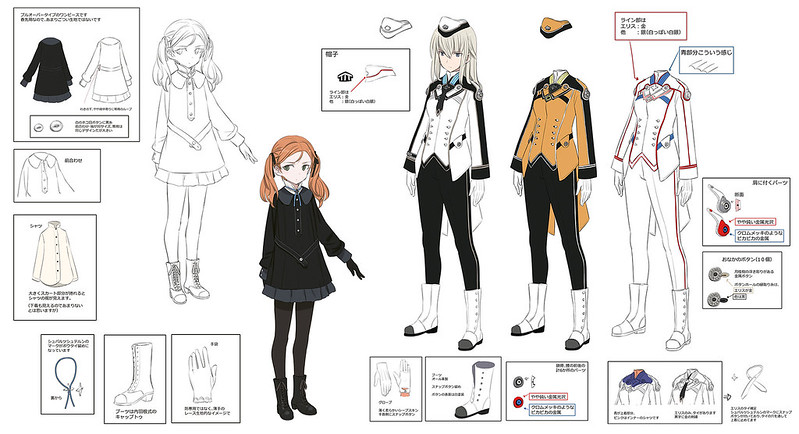 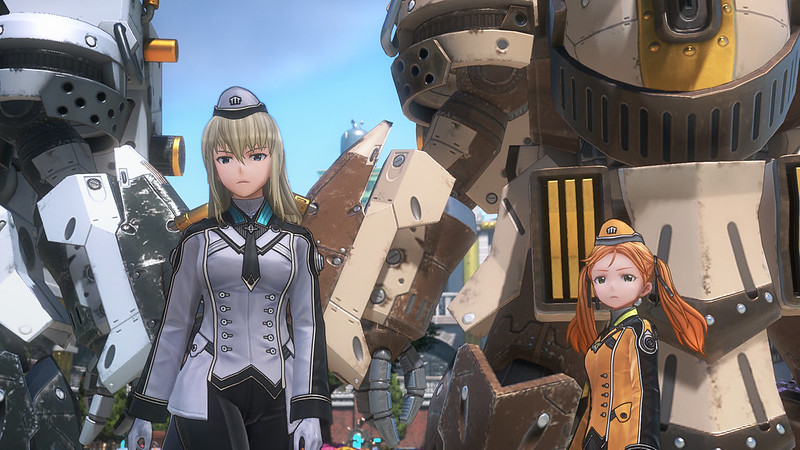 Back home in Tokyo, the Imperial Combat Revue is surrounded by a cast of vibrant and memorable characters, from a huge fan of their theatrical productions and shop people in Ginza to old sword instructors and theater mascots… Every designer brings their matchless style to the work, and yet they all blend seamlessly together into Sakura Wars’ 1940s steampunk world of theater, mecha, and intrigue. 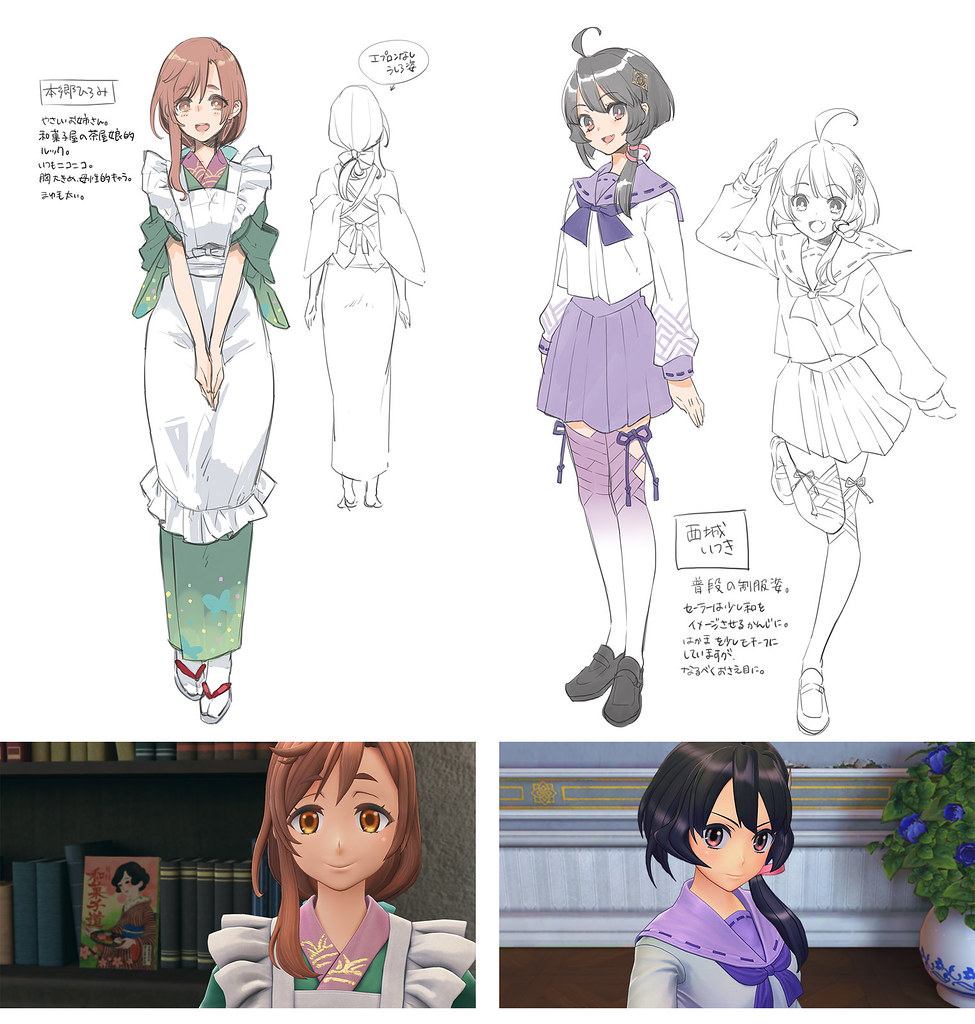 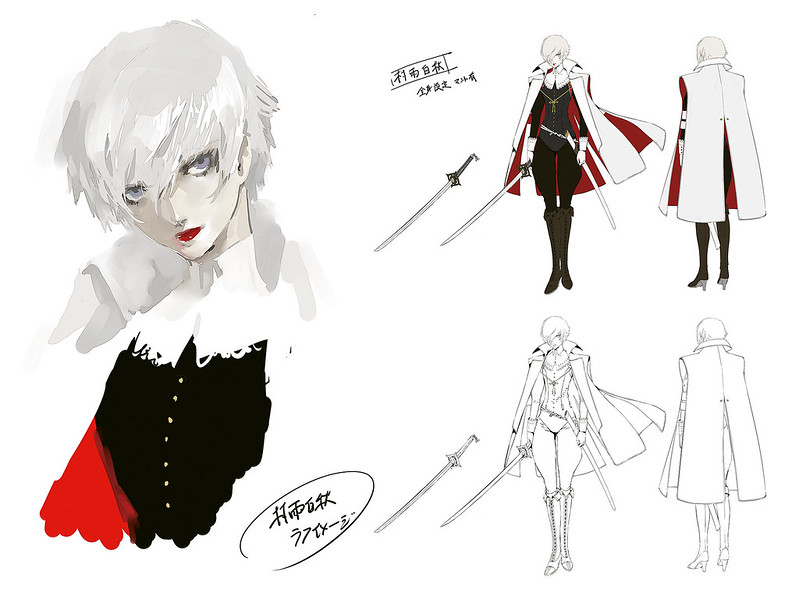 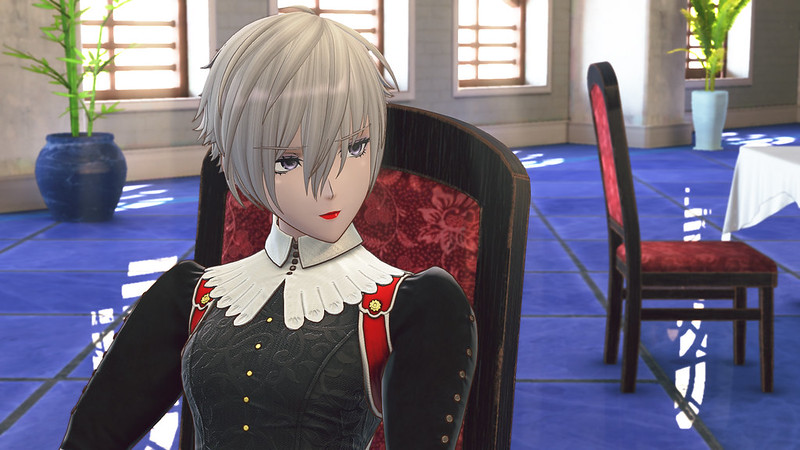 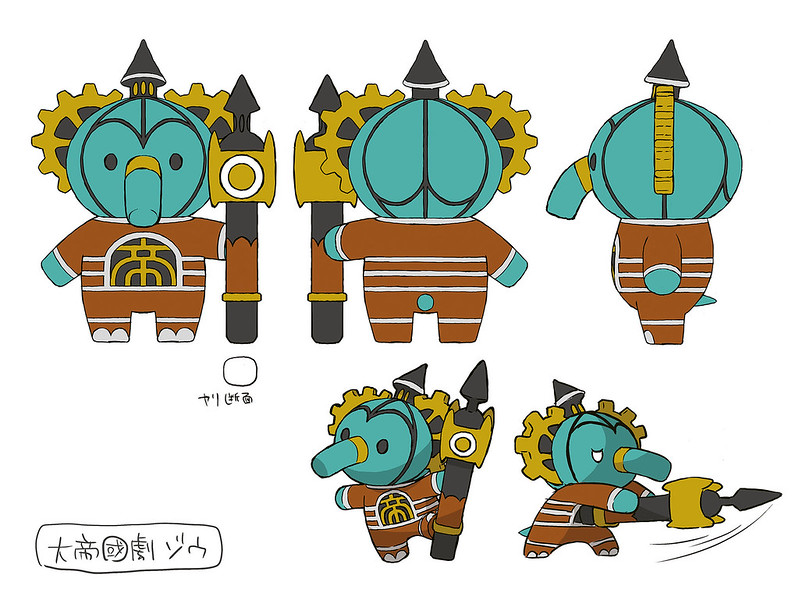 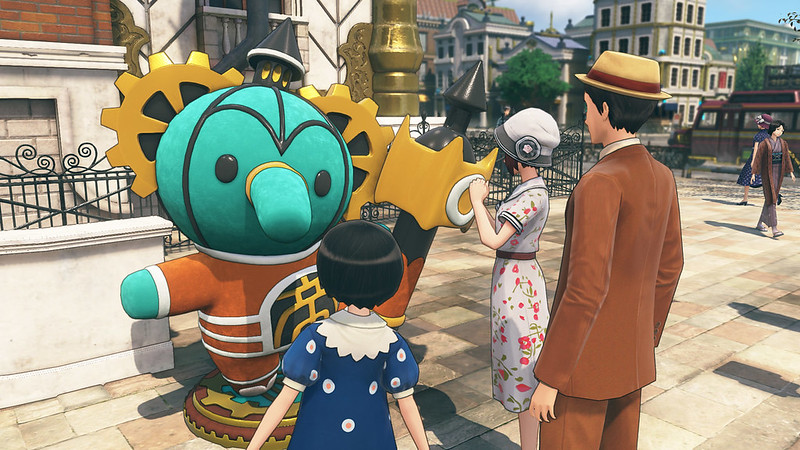 As a reminder, the physical Launch Edition for Sakura Wars features reversible cover art, a sticker set featuring the main cast, and the Theater Add-On Bundle.

We also have more details to share regarding our Digital Standard and Digital Deluxe Editions that are available starting today. Just to reiterate, both options grant you an Imperial Combat Revue PS4 Dynamic Theme along with the Neko Ears Add-on Bundle. By upgrading to the Digital Deluxe Edition, you will also receive the following:

But we’re taking things one step further. Early adopters of either digital edition will now also receive 3 Combat Revue dynamic Themes featuring the main character designs of Tite Kubo. Digital Deluxe buyers receive 2 static Themes, containing the character designs of the above-profiled artists, on top of that! That’s 5 different Themes for the Digital Deluxe Edition you can use to switch up the look of your PlayStation 4 home screen, all at no extra charge.

The Digital Add-on Bundle is also now available through PSN. This set contains all the extra DLC featured in the Digital Deluxe Edition, perfect for those who either pick up the physical edition of Sakura Wars or purchase the Digital Standard version and want to upgrade later.

Finally, we’re excited to announce we’re joining the PlayStation Wallpapers program! Show off your love for Sakura Wars by downloading a set of free wallpapers and adorn your desktop PC, phone, PSN profile, or other device with the gorgeous art featured in the game.

Through this far-reaching collaboration, everything has come together into one of the most visually engrossing experiences we have ever delivered. You can discover this for yourself by joining us on the extraordinary journey that is Sakura Wars starting today! 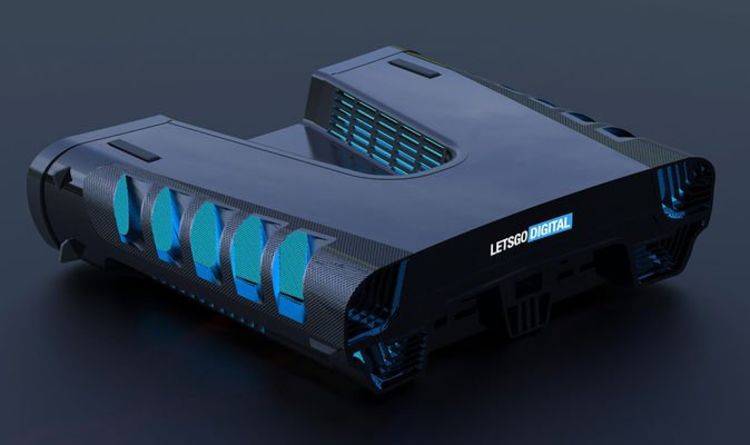 Square Enix has given fans a glimpse of what the PS5 and Xbox Scarlett could be capable of. Ahead of the expected […] 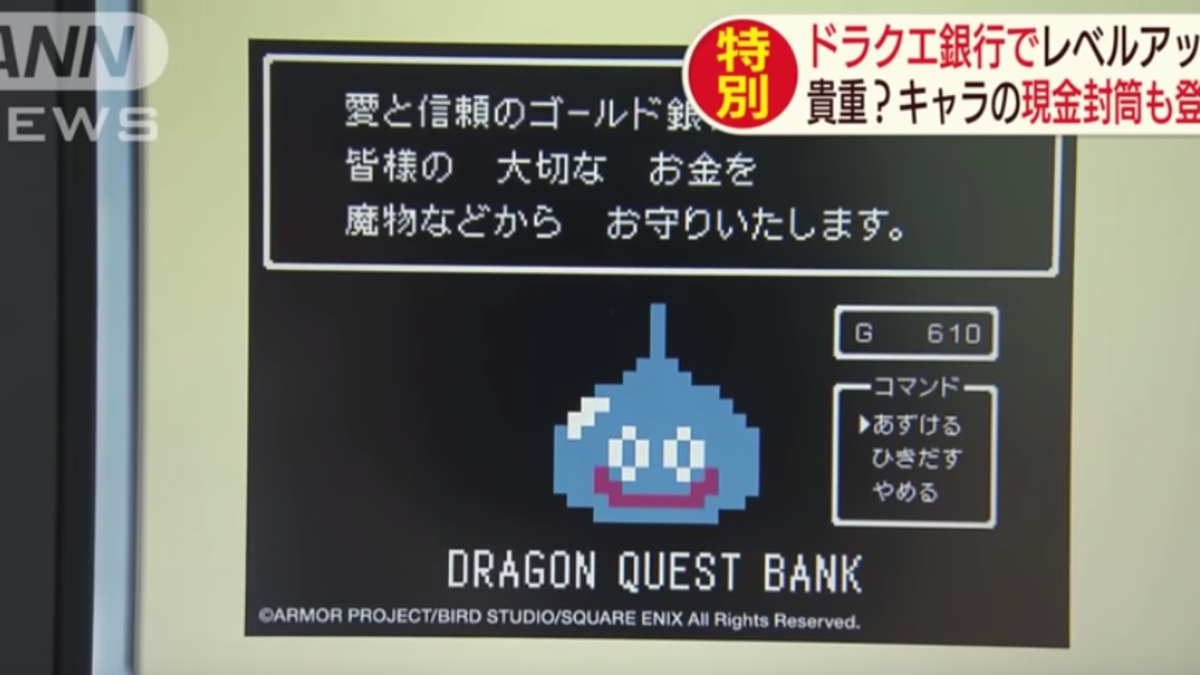 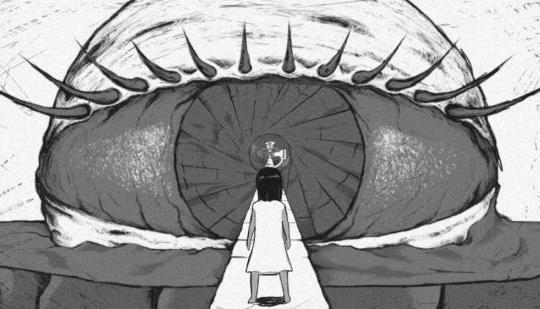 A short and flawed yet satisfactory game, Path To Mnemosyne is recommended for anyone who is looking for a good brain teaser. […] 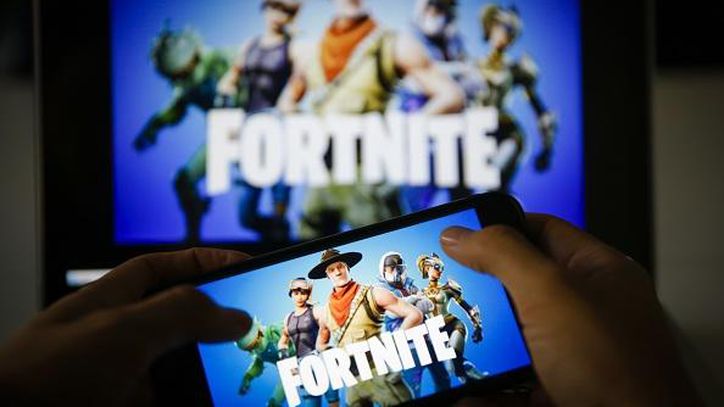