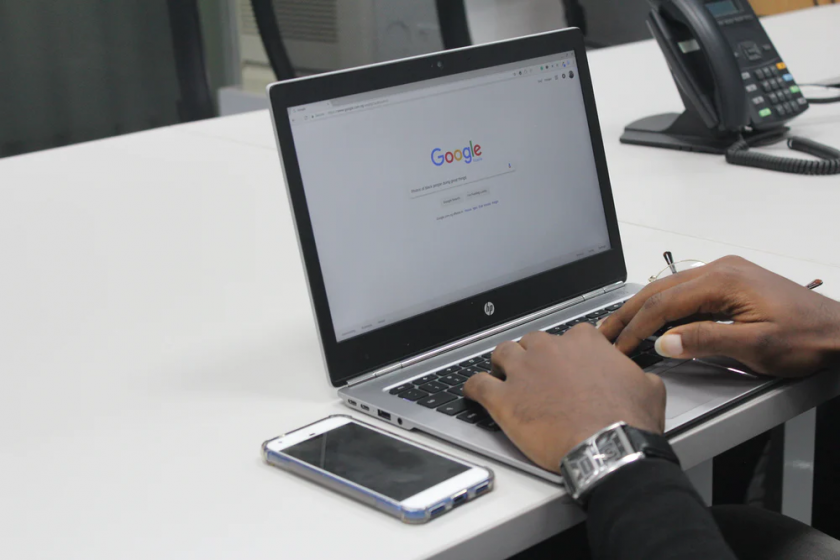 Even if you’re not certain about the exact definition of Search Engine Results Pages (SERPs), I’m certain that almost everyone would’ve encountered it before — simply through a simple web search. As the name suggests, SERPs are basically the result pages that appear in response to an entered search query on any search engine. These results can be categorized into two groups: paid (business-paid ads) and organic (non-paid results).

Correlation between SERPs and SEO

In this modern age of instant gratification and reducing attention spans, many companies constantly vie for the top position of the first SERP. This is because statistics have shown that most users click on organic results landed on the first page and hardly progress to the second page onwards — you become practically invisible.

If you thought that was harsh, here’s the next kicker. Being on the first SERP doesn’t even guarantee your link a click. In fact, most results on the bottom half of the page already miss out on a huge portion of organic clicks because the majority (75.1%) end up going to the top three results too. What’s worse is that paid ads contribute to this problem by pushing down the ranks of the organic results, sometimes occupying most of the initial SERP screen (prior to scroll-downs) and thus, eclipsing all of the organic results.

Lastly, search engines such as Google has this tendency to display SERP features showcasing the answer to the search query without requiring the user to click into any links to be redirected to another webpage at all. The answer is shown in full display, just like that. Hence, it’s understandable how many companies struggle to stay afloat amidst such intense competition in the digital sphere.

With such a disparity of clicks between ranking on, and off of Page 1 of Google, (and even within places on Page 1 itself) most website owners and SEOs do whatever they can to gain an edge over their competitors. One additional tool that might give you an advantage in getting better rankings, is the best SEO extension for Google Chrome (in our opinion).

Qualifying for the SERPs

So how can you possibly overcome this problem? Well, understanding how SERPs work for starters might help. No matter the search query, SERPs all consist of: paid ads, organic results and SERP features. Your aim is to appear within any of these categories of listings.

Now, let’s address the mechanics behind paid ads. They function according to a Pay-Per-Click (PPC) basis. Advertisers will select a pool of keywords to bid on, paying Google for each successful click on their link. The privilege of a prime SERP ranking is typically awarded to the highest bidder, after considering other factors like relevancy and clickthrough rate (CTR).

To sort organic results, Google relies on tons of different ranking factors that promote the most relevant pages to the keywords to the top position of SERPs. Google displays the title, URL and a short description of each organic result. These pieces of information can be modified in the page’s title tag, URL slug and meta description. However, do note that Google will typically showcase the hardcoded title tag and might set something else (not the meta description) as the description snippet. For pages consisting of structured data like recipes or reviews, Google will show rich snippets with the organic result; this includes ratings, duration, etc. Hence, the key to benefitting the most out of organic search results is through optimizing your site’s relevancy to the search query. 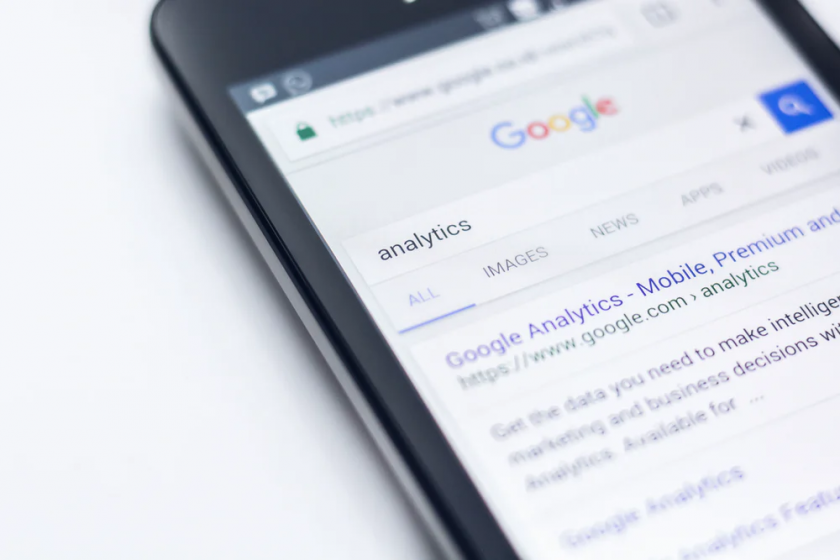 SERP has this unique capability to display non-traditional results in the format of a scrollable slideshow of pictorial paid ads or FAQ drop bars for organic results obtained from Google’s Knowledge Graph. Through these SERP features, users are granted access to information upfront — over half of the entered queries are zero-click searches. Hence, it’s unsurprising that SERP features end up impacting search engine optimizations (SEO) greatly.

Think of featured snippets as a mini overview of collated information from the top-ranked search result matched to your search query. They give you a brief insight into what kind of information you can expect from the site. They also normally appear at the top of the first SERP page. A snippet may comprise of a paragraph, list, table with complementary images and videos (suggested Youtube clips). Needless to say, the best chance of having your 30-seconds of fame in the snippet would be to show up in the top five search results.

Knowledge cards (featured at the top of SERPs) are different from snippets because instead of listing options or solutions to a query, they’re answers to inquiry-based queries; meaning that the search query was formatted as a question type, for example, “When is Mother’s Day?”. They also often appear for math calculations or conversion rates. Usually, knowledge cards gather data from three main sources: Google’s Knowledge Graph, data partners or other reputable sources such as government sites or even Wikipedia. High chances are, your website won’t be featured by the knowledge card.

You might think that knowledge panels and knowledge cards refer to the same thing. Well, they’re similar. Their similarity lies in their primary function and role of acquiring data from Knowledge Graphs, data partners and other reputable sources and subsequently displaying the information in response to a query. However, they’re formatted differently. Knowledge cards are more succinct in their information-delivery but knowledge panels tend to be more descriptive and informative. At times, they’re also known to link public, accessible social profiles and platforms. If you’d like your data to be showcased by the knowledge panel, all you have to do is attain a slot for your firm under Knowledge Graph and they’ll be able to churn out direct links and credentials (including your logo) to your profile so that people can access you easier.

Image Packs deal with thumbnails linking you to Google Images of the said picture. They can appear anywhere on the SERP. With this in mind, since Google Images act as a kind of intermediary, your company site will not be linked directly upon clicking. Users will have to click on the image source link to properly gain access to your webpage. 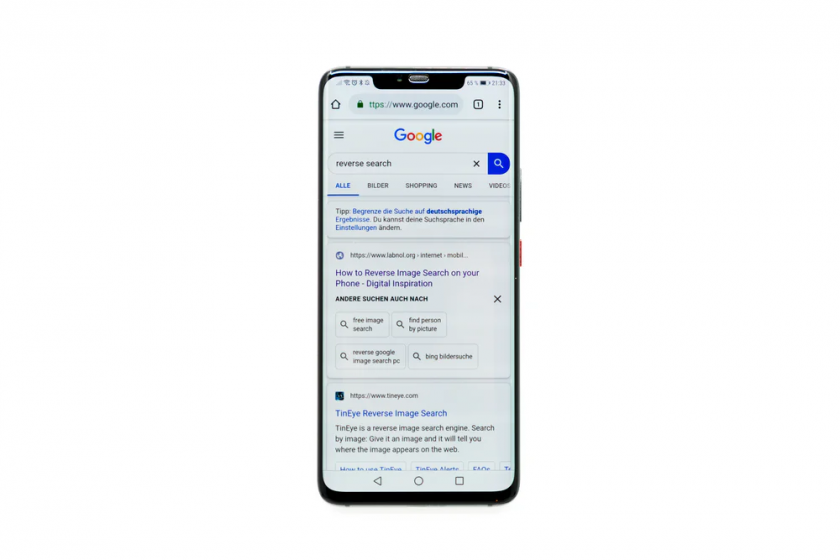 The main role of Top Stories is to deliver timely and the most-updated news possible at any given point in time. They typically feature recent articles, active live-streams and videos relevant to your search query. Necessary details such as titles, timestamps and publishers will be displayed together with each post’s thumbnail. It’s feasible to appear in this spotlight as long as there’s relevant information present on your site indexed in Google News. Thus, considering how fast news comes and goes these days, keep in mind that news featured by Top Stories are rather short-lived.

This feature is unique from the previous entries because some passive collaboration goes on. Basically, PAA displays similar queries to yours and pulls out the relevant answers to these past queries. This feature is similar to Featured Snippets because each related question appears in a drop bar manner where the answer will be revealed upon clicking the down bar. Additionally, each down bar contains even more related questions. It’s like an endless cycle of questions! Just like Featured Snippets, it’s also fairly easy to appear under PAA because it sources data from third-party sources i.e. your company site. Thus, the more relevant content you have to answer these questions, the higher your probability of appearing here.

While this isn’t a fully exhaustive list of all the features offered by SERP, those mentioned here are among the top choices that you’d want to aim to appear in. They comprise the majority of the SERP formats in many Google searches. Thus, figuring out and mastering the skill of working your way into these SERP features will definitely boost your website traffic immensely. So, understand these fundamentals well and hopefully one day, you’ll appear in the big leagues (or rather, the top five results on the first page of SERP).

We hear about Blockchain and Bitcoin every day; however, it should be noted that Blockchain is way beyond Bitcoin and cryptocurrencies. It […]

Nearly everyone enjoys the different types of entertainment, and some people enjoy even more being entertainers. They want to become actors, comedians, […]

WHAT DOES ARTIFICIAL INTELLIGENCE MEAN? Artificial Intelligence refers to the vicinity of science and engineering focusing on developing the machines as intelligent […]

Technology articles (or technical articles are they are sometime known) are defined as articles that describe a procedure, give instructions or relay […]