It’s good to see familiar faces and hear familiar voices, and several are returning this week in ways retro and new

It’s good to see familiar faces and hear familiar voices, and several are returning this week in ways retro and new. JoJo, Kenny Chesney and Offset are among those with new projects out this week, while Indiana Jones will be back fighting Nazis and hating snakes on network TV.

There’s plenty of new arrivals headed to devices this week as well, with Netflix offering a comedy from Mindy Kaling and a teen romance film. Other offerings will allow the housebound a chance to marvel at the splendors of Los Angeles, Dover, England, and Dublin on screens this week.

— “Indiana Jones and the Raiders of the Lost Ark”: With everyone talking about perfect movies on Twitter, it’s pretty perfect that CBS is kicking off its Sunday Night Movie slate with Steven Spielberg’s “Raiders of the Lost Ark,” which even nearly 40 years on is still as fresh and wonderful as can be. Sure, the Indiana Jones movies aren’t hard to find ( they’ve been on Netflix for some time now ), but there is something cozy and comforting about taking the guess work out of it and tuning in to a network to watch at the same time as everyone else.

— “The Half of It”: This charming teen romance about a high school loner who helps a jock woo the popular girl in school may look like something you’ve seen before, but no one is exactly who they seem to be in this smart Cyrano de Bergerac-with-a-twist film from writer-director Alice Wu. On Netflix Friday, it’s Wu’s first feature since her 2004 debut, “Saving Face.”

— California Dreamin’: The Criterion Channel has programmed an irresistibly hallucinatory Friday double feature with Steven Soderberg’s “The Limey” and David Lynch’s “Mulholland Dr.” If those visions of Los Angeles are a little too bleak for these surreal times, you can also head over to Lionsgate Live at 9 p.m. EDT Friday for a free screening of “La La Land” for some candy-colored escapist joy. Or, hey, why not make it a triple feature?

JoJo, “good to know”: JoJo has been a top-notch vocalist since she blazed the charts at 13 with the boy-bye hit “Leave (Get Out)” in 2004. Since then, she’s released other great songs that showcased her powerhouse vocal abilities, but she’s showing the best version of herself on “good to know,” her fourth studio album out Friday. It comes a year after the singer re-recorded and re-released her first two albums under her own label after legal battles with her former label. You can hear the resilience and fight in her voice — “good to know” is a more than good. It’s grand.

“Offset and Friends”: Migos rapper Offset is giving back to the city that raised him by putting on a virtual music experience to benefit the Atlanta Community Food Bank. “Offset and Friends” will livestream Wednesday from 7 to 9 p.m. EDT and include performances by the Grammy-nominated rapper married to Cardi B as well as Young Thug, Rich the Kid and SAINt JHN. The event will be available on Offset’s Facebook page and on the Oculus headset VR program Oculus Venues.

Kenny Chesney, “Here and Now”: The entire music industry has basically requested Ed Sheeran’s writing services for success, including One Direction, Justin Bieber, Tim McGraw, Alicia Keys, BTS, Hootie & the Blowfish, Halsey and Kelsea Ballerni, among others. Country giant Kenny Chesney has joined that long list with “Tip of My Tongue,” a song he co-wrote with Sheeran for his new album “Here and Now,” out Friday. Chesney spent 18 months writing and recording the project, which is his 19th release. He says the album will have a “high fun factor.”

— “Never Have I Ever”: A coming-of-age story from Mindy Kaling of “The Office” and “The Mindy Project” — which means comedy rubs shoulders with vividly drawn characters and empathetic storytelling. Newcomer Maitreyi Ramakrishnan stars as Devi, a type-A high school sophomore rebounding from a family tragedy in the 10-episode series out Monday on Netflix. She’s retained her Ivy League ambitions but, more immediately, wants a boyfriend and popularity. Devi, a first-generation Indian American, is at odds with her mother (Poorna Jagannathan) and leans on her loyal pals Eleanor and Fabiola, (Ramona Young, Lee Rodriguez). The series, co-created by Kaling and Lang Fisher, features tennis great John McEnroe as its unlikely narrator. We won’t spoil the explanation.

— “Normal People”: The concept of “normal” is at odds with current events, but it can be just as deceptive in other circumstances. That’s the case with “Normal People,” a 12-episode series out Wednesday on Hulu and based on Sally Rooney’s best-selling novel of the same name. Marianne and Connell (Daisy Edgar-Jones of “War of the Worlds,” Paul Mescal) are small-town Irish schoolmates whose attraction is complicated by bedrock differences. Their lives are destined to change when they head to college in Dublin, along with their whipsawing relationship. Note: It’s not a chaste romance in the book or on screen, so judge it as a family viewing option accordingly.

— “Gold Digger”: Julia Ormond (“Mad Men,” “Legends of the Fall”) stars in this contemporary thriller, which debuts May 4, on Acorn TV and unspools in two-episode weekly blocks. Ormond plays newly divorced Julia who, after making her husband (Alex Jennings) and their children her priority, feels liberated by a relationship with Benjamin (Ben Barnes, “Westworld”). But is it love or money that the much younger man has in mind? Julia’s family believes it’s the latter and doesn’t remain silent. There’s also a “dark family secret” to be revealed and, for bonus points, a supporting turn by the cliffs of Dover, England, where the six-part drama was largely filmed. 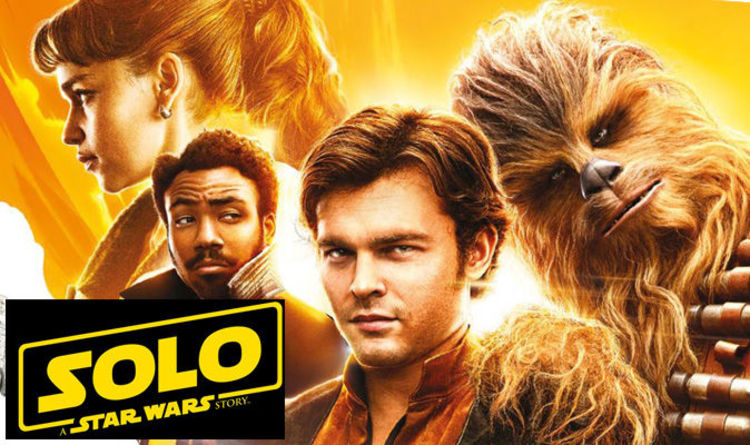 We have waited a long time for this. After 12 months of drama, sacked directors and a very worrying lack of images, […] 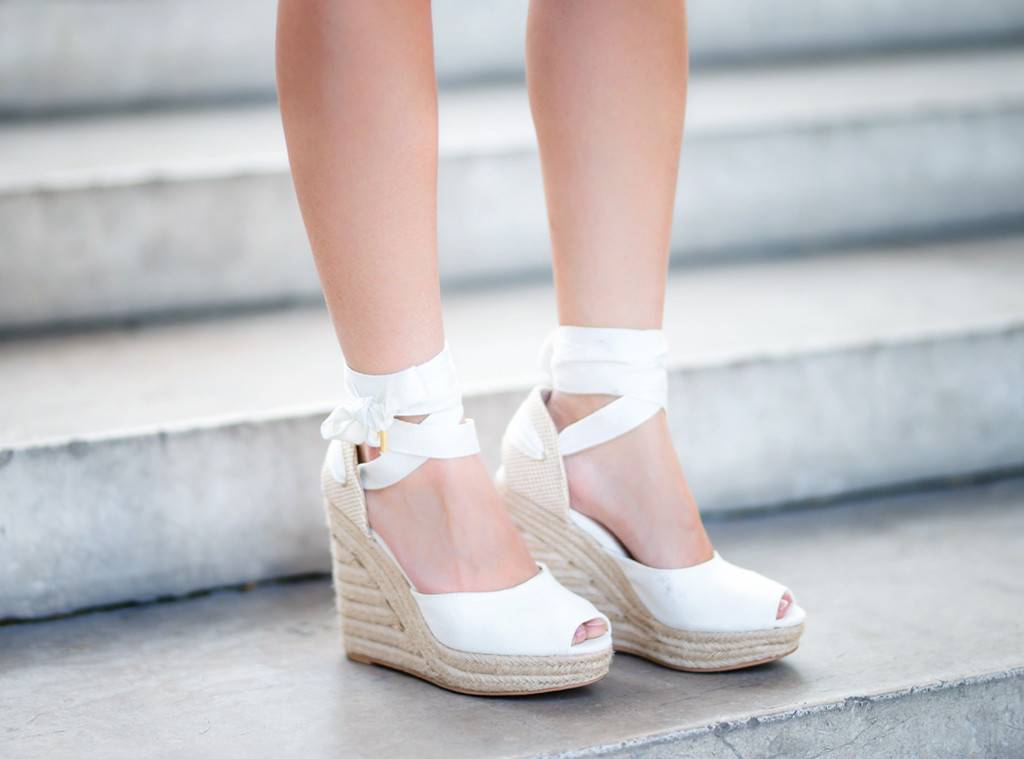 Edward Berthelot/Getty Images Listen, summer is a sweaty time of year and if we didn’t have to wear shoes we wouldn’t. But […] 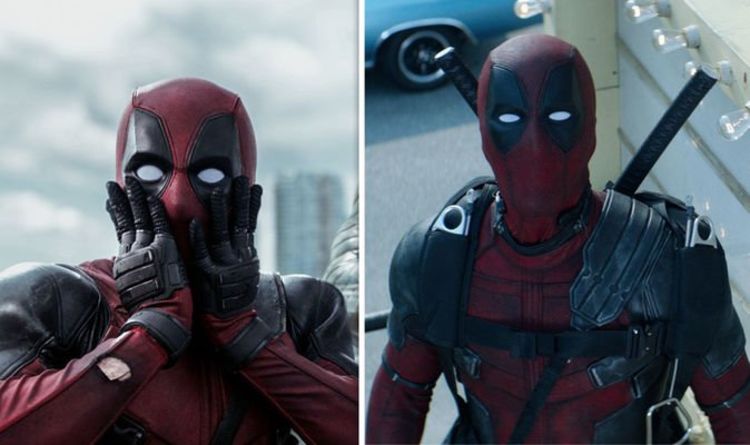 Deadpool, who has been unforgettably brought to the screen by Ryan Reynolds, is a major fan favourite. His satirical swipe at the […] 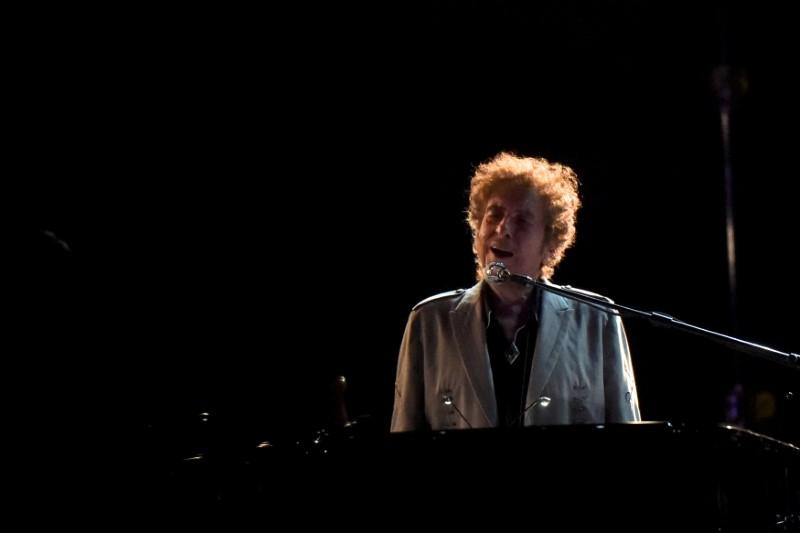