Belgians are well known for loving chips (frites), often with a big dollop of mayonnaise, but hard-up farmers now want them to eat chips twice a week.

Romain Cools of the potato growers’ union Belgapom presented it as a matter of survival, as a major export sector fears ruin in the coronavirus crisis.

About 750,000 tonnes of potatoes are piled up in Belgian warehouses, as the lockdown has sent orders plummeting.

“Let’s all eat chips twice a week, instead of just once,” Mr Cools urged.

Since mid-March, restaurants in Belgium and many other markets for potato growers have closed. The cancellation of Belgium’s many spring and summer festivals has added to their woes.

Moreover, the international trade in potatoes has been hit. Belgium is one of the world’s top exporters of potato products, including frozen chips. It sends more than 1.5m tonnes annually to more than 100 countries.

One small bright spot in this story is that Belgapom will now deliver 25 tonnes of potatoes a week to food banks in Flanders – produce that will otherwise simply rot, Belgian media report.

“In this way, part of the potato stock will still be used and we can avoid seeing excellent food, for which our farmers have worked so hard, being lost,” Flemish Agriculture Minister Hilde Crevits told the Brussels Times.

The potato crisis has also hit Hauts-de-France, the neighbouring French region that includes Calais. There, almost 500,000 tonnes of potatoes are still waiting for customers, and will most likely be lost.

A Belgian grower quoted by broadcaster RTBF, John Van Merhaeghe, doubted that he would get any decent offers from potato processing plants for his surplus.

“At best, if they buy any extra it’ll be for €15 (£13; $16) a tonne – 10 times less than the price marked in the contracts. Fifteen euros is the rate they give for turning potatoes into animal feed!”

Another grower, who declined to be named, called on Belgium’s federal government to provide aid, saying the Netherlands was providing €50 per tonne for Dutch growers, “and so far we have nothing like that”.

Meanwhile, RTBF reports that some surplus stocks might end up as biofuel to generate electricity. 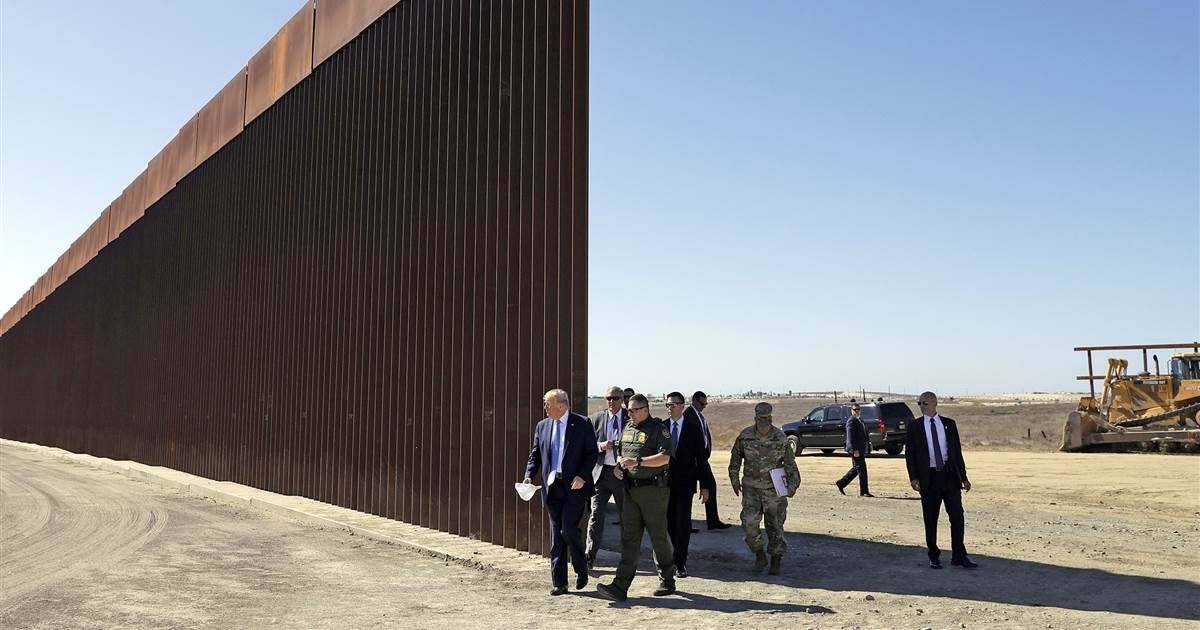 President Donald Trump toured a section of newly-upgraded border barrier along the California-Mexico border on Wednesday, boasting about giving the nation the […]

SEATTLE (AP) — President Donald Trump’s administration has agreed to speed up the cases of some former interpreters for the U.S. military […] (Bloomberg) — Two years after embracing the backlash against immigration, Austria’s Sebastian Kurz may be about to set a very different precedent […] (Bloomberg) — Boris Johnson deployed troops to flood-hit parts of northern England, as the threat of further rain underlined the risk of […]