— Hawaii’s stay-at-home order extended to May 31

— WHO warns against idea of ‘immunity passports.’

SEOUL, South Korea —— South Korea has confirmed 10 more cases of the coronavirus over the past 24 hours, a continuation of the country’s slowing caseload.

The additional cases reported Sunday marks the ninth day in a row that South Korea’s daily increase came below 20.

The state-run Korea Centers for Disease Control and Prevention says the additionally reported cases brought the country’s total to 10,728 with 242 deaths. It says 8,717 patients have recovered and been released from quarantine.

South Korea has recently relaxed some of its social distancing rules, but officials have still raised worries about possible transmissions by “quiet spreaders.”

South Korea had recorded hundreds of new cases every day between late February and early March, mostly in the southeastern city of Daegue and nearby areas.

HONOLULU — Gov. David Ige on Saturday extended Hawaii’s stay-at-home order and the mandatory quarantine for visitors through May 31.

“This was not an easy decision. I know this has been difficult for everyone. Businesses need to reopen. People want to end this self-isolation and we want to return to normal,” Ige said in a statement. “But this virus is potentially deadly, especially for the elderly and those with pre-existing conditions.”

At a news conference to announce the decision, Ige pointed to alarming COVID-19 clusters on the Big Island and Maui, Hawaii News Now reported. “We still need to remain vigilant.”

In his statement, Ige warned of undoing Hawaii’s progress in containing the virus if public places open up too early. Hawaii has 601 cases of coronavirus and 13 deaths from the illness.

“Thanks to our residents, we are flattening the curve, saving lives, and avoiding a resurgence of this virus by not reopening prematurely,” Ige said.

The governor also extended the eviction moratorium, which prevents any eviction from a residential dwelling for failure to pay rent, through May 31.

BEIJING — China said Sunday morning that it had confirmed 11 more cases of the new coronavirus the previous day, bringing its official count to 82,827. However, there were no reported deaths for the 11th day in a row.

Five of the new cases were in Heilongjiang province, a northeastern border area with Russia that has seen a surge in infections. Another was in Guangdong province, a manufacturing and tech region bordering Hong Kong in the south.

The other five cases were imported from overseas. China has identified 1,634 imported cases in all.

China said it also has 1,000 people who have tested positive for the coronavirus but do not have any symptoms. They are under medical observation but not included in the confirmed case count. (edited)

LOS ANGELES — A spring heat wave drove an uptick of people to California beaches, golf courses and trails, leading to the closure of one coastal park as authorities warned people not to swarm recreational areas for fear of igniting a deadly coronavirus surge.

Temperatures soared into the 80s and 90s in many areas from Sacramento to San Diego on Saturday. While most recreation remains shuttered under various stay-at-home orders, officials are wary that those still open could draw crowds that will ignore social distancing rules and seek sun and air after being mainly confined indoors for more than a month.

“We’re seeing a summer day crowd,” said Brian O’Rourke, a lifeguard battalion chief in Newport Beach in Orange County, which saw an estimated 40,000 people on Friday. A similar crowd was expected Saturday as the fog burns off.

Police in Pacific Grove said they had to close the picturesque Lovers Point Park and Beach at the southern end of Monterey Bay because of a lack of social distancing.

Los Angeles city and county beaches, trails and playgrounds were closed, and officers on horseback were patrolling those areas to enforce social distancing rules. The city also opened cooling centers for people “who might not be able to survive the heat wave at home,” Mayor Eric Garcetti said.

WASHINGTON — President Donald Trump says his press briefings are “not worth the time & effort” as his administration prepares to adjust his public presence amid the coronavirus pandemic toward addressing the nation’s economic woes.

Tweeting on Saturday, one of the few days in which he has not held a daily briefing since the start of the outbreak, Trump says: “What is the purpose of having White House News Conferences when the Lamestream Media asks nothing but hostile questions, & then refuses to report the truth or facts accurately.”

The president’s tweet comes two days after he used a briefing to muse about the injection of chemical disinfectants, drawing warnings from manufacturers and the nation’s top medical professionals. The White House claimed Friday that Trump was misinterpreted, though the president later asserted he was speaking “sarcastically.”

His tweet questioning the value of press briefings also comes as White House aides are developing plans to shift the president’s public emphasis from the virus to addressing the economic crisis it has caused and the government’s plans for reopening the economy.

NEW YORK — Potbelly Sandwich Shop is the latest large company to say it will return money it received as part of the Payroll Protection Program.

The company said Saturday that its sales dropped dramatically when COVID-19 hit, forcing it to furlough employees and close shops. Potbelly applied for and qualified for assistance under the program.

“We were surprised and disappointed when the fund was quickly exhausted, leaving many without help,” the company said in a news release. “We are returning the PPP loan after further clarification from the Treasury Department.”

The Chicago-based sandwich shop has about 6,000 employees and annual revenues of more than $400 million, according to FactSet.

The PPP is intended to help small businesses with fewer than 500 employees. Its initial $349 billion in funds ran out last week and the House gave final approval to $310 billion in additional funds Thursday.

PHOENIX — The pace of additional deaths in Arizona’s coronavirus outbreak has slowed following a recent surge.

The Department of Health Services’ tally of deaths statewide rose by seven to 273 as of Saturday, following an increase of 17 deaths reported Friday and a total of 62 deaths reported over the previous three days

The department said there were 6,820 cases reported statewide as of Saturday, an increase of 235 from Friday.

Health officials say the recent surge in reported fatalities likely resulted from a boost in cases weeks ago. It was expected to slow because it often takes weeks for patients to die once hospitalized and because hospitalizations appear to have leveled off.

Dr. Anthony Fauci is urging careful science to prove whether any of the drugs being explored as COVID-19 treatments actually work.

Fauci, infectious diseases chief at the National Institutes of Health, said Saturday during an online meeting of the National Academy of Sciences that the only way to get an answer that is not just perpetual ambiguity is by doing a randomized controlled trial.

“We need something out there, but safety and efficacy is something we owe to the global population,” Fauci said.

“Any attempt to leapfrog over these almost certainly will result in a rebound, and then we can set ourselves back,” he said. “If we don’t get control of it we will never get back to normal. I know we will, but we’ve got to do it correctly.”

Fauci also cautioned against looking for a magic number of available tests needed as the country reopens.

“We don’t want to get fixated on how many tests you need,” Fauci said. Instead, places must “have enough tests to respond to the outbreaks that will inevitably occur.”

MIAMI — The president of a Florida medical center said at a press conference Saturday that any changes made going forward will have to be evaluated daily.

“I think that there is a lot of excitement about seeing what happens as we move forward, as we start slowly seeing changes with the requirements that we’ve had put in place,” said Barsoum, president of Cleveland Clinic Florida. “But please recognize that we will learn every day, and we may have to step back from some of those decisions as a society.”

Barsoum said he told his parents, who are 75 and 84 years old, that regardless of what happens in the coming weeks he expects they will remain indoors.

ROME — Nearly 200,000 Italian companies have asked authorities for permission to be able to operate during Italy’s lockdown, either because they help essential businesses or because they deem themselves strategic for the national economy during the coronavirus pandemic.

The interior ministry said Saturday that a streamlined procedure is being implemented that “trusts the sense of responsibility of individual business persons” in allowing companies to resume operations.

The ministry’s local authorities can verify that a company respects COVID-19 safety rules, including social distancing. Most of the requests have come from three northern regions that are among Italy’s most productive, but also among those most heavily hit by coronavirus cases.

So far, only a tiny percentage of the businesses have been found not following the rules, which are part of a government decree aimed at containing Italy’s COVID-19 outbreak.

NEW YORK — Oil producers in the U.S. are making painful decisions about how to shut down operations after the pandemic decimated the need for fuel.

The price of U.S. benchmark crude plummeted more than 70% since the start of the year, selling for $17 a barrel Friday, well below what producers need to remain viable.

Parsley Energy, a mid-sized fracking company based in Austin, Texas, lost half its market value since the year began and told regulators it has been shutting down enough wells to take about 400 barrels of oil per day off the market.

In recent weeks, Exxon slashed its capital spending plan by 30%, or $10 billion, and Chevron gutted its capital expenses by 20%, or $4 billion. Both companies are planning to halt drilling for new oil in different parts of the world and will likely shrink further since conditions have deteriorated since their announcements. 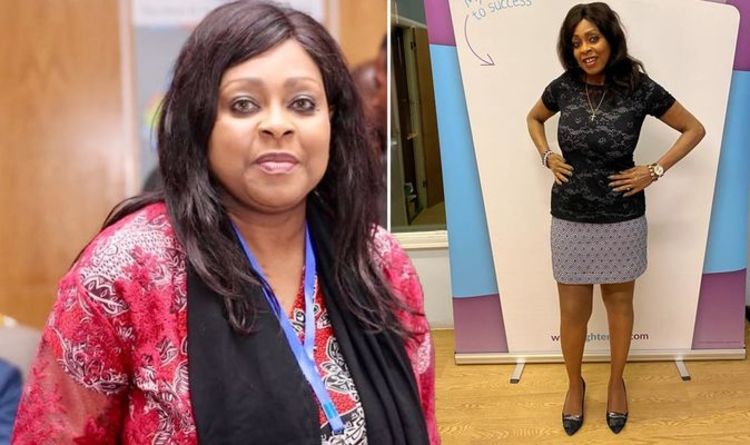 What is the LighterLife diet plan? LighterLife is campaigning to help people live healthier and more fulfilled lives by boosting confidence, self-esteem, […] 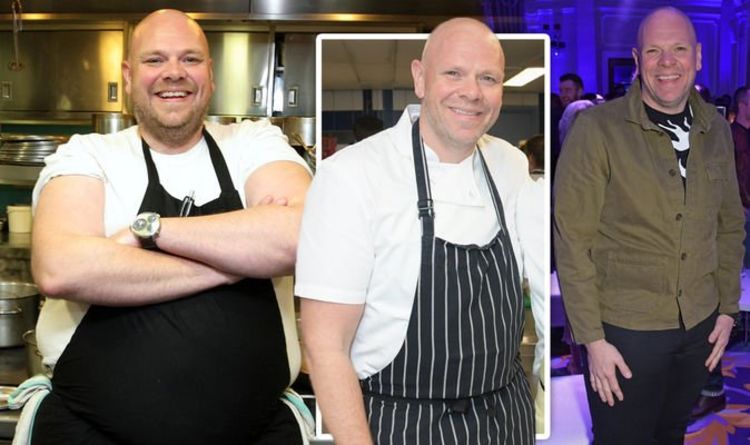 Weight loss is not always the easiest of tasks, with maintaining the results sometimes being a difficult prospect. However, should your weight […] 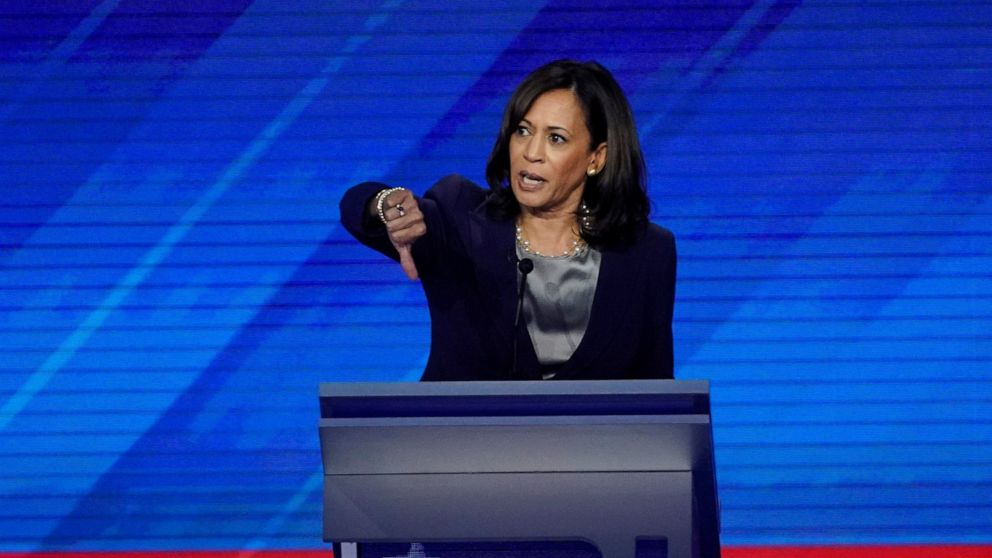