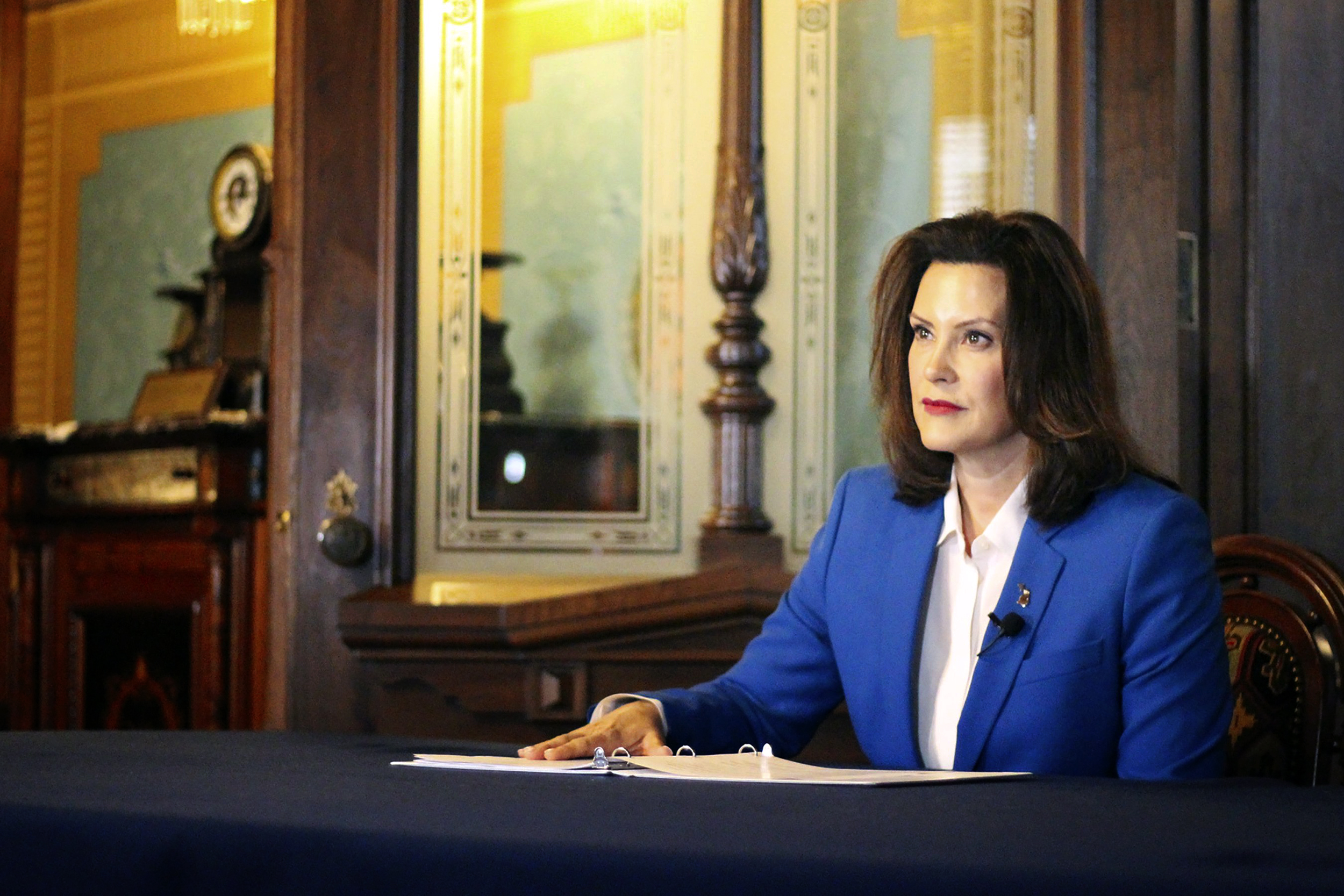 Governors on Sunday reacted to comments President Donald Trump made last week musing whether injecting disinfectants into the body could cure the virus.

“I think it’s critical that the president of the United States, when people are really scared and in the middle of this worldwide pandemic, that in these press conferences that we really get the facts out there,” Maryland Gov. Larry Hogan, a Republican, told CBS’ “Face The Nation.” “And unfortunately, some of the messaging has not been great.”

“And I think when misinformation comes out or you just say something that pops in your head, it does send a wrong message,” he told ABC’s “This Week.” “We had hundreds of calls come into our emergency hotline at our health department asking if it was — if it was right to ingest Clorox or alcohol cleaning products, whether that was going to help them fight the virus. So, we had to put out that warning to make sure that people were not doing something like that which would kill people actually to do it.”

He added that, “the president’s got to focus on the message, stick to a message and make sure that these press conferences are fact-based.”

Also on “This Week,” Michigan Gov. Gretchen Whitmer, a Democrat, said, “when the person with most powerful position on the planet is encouraging people to think about disinfectants, whether it was serious or not, people listen.”

“We have seen an increase in numbers of people calling poison control and so I think it’s really important that everyone us with a platform disseminate medically accurate information,” she continued. “And I want to say, unequivocally no one should be using disinfectant — to digest it to fight COVID-19. Please don’t do it. Just don’t do it.”

Trump’s comments on Thursday followed a presentation from Homeland Security Under Secretary for Science and Technology Bill Bryan on a study that showed COVID-19 wilts much more rapidly when exposed to summertime sunlight, high temperatures and humidity, both on surfaces and in the air.

“So I asked Bill a question that probably some of you are thinking of, if you’re totally into that world, which I find to be very interesting,” Trump said. “So, supposing we hit the body with a tremendous — whether it’s ultraviolet or just very powerful light — and I think you said that that hasn’t been checked, but you’re going to test it. And then I said, supposing you brought the light inside the body, which you can do either through the skin or in some other way, and I think you said you’re going to test that too. It sounds interesting.”

“And then I see the disinfectant, where it knocks it out in a minute,” Trump added. “One minute. And is there a way we can do something like that, by injection inside or almost a cleaning. Because you see it gets in the lungs and it does a tremendous number on the lungs. So it would be interesting to check that. So, that, you’re going to have to use medical doctors with. But it sounds, it sounds interesting to me.”

The president also asked Dr. Deborah Birx, the White House pandemic response coordinator, to ask doctors whether heat and light could be used to treat the virus.

“Not as a treatment,” she said. “Certainly fever is a good thing, when you have a fever, it helps your body respond. But I have not seen heat or light.”

Doctors immediately called the president’s suggestion “irresponsible” and “dangerous” and top government agencies in addition to the makers of Lysol released statements warning against ingesting disinfectants.

Trump told reporters Friday his comments were meant to be “sarcastic.”

Poison control centers across the country have recently reported upticks in calls related to individuals ingesting such chemicals, though it’s unclear how many of them were a result of Trump’s commentary.

Speaking on CNN’s “State of the Union,” Birx said the comments were simply “a dialogue [Trump] was having between the DHS scientist and himself for information that he had received and he was discussing.”

“We have made it clear, and he — when he turned to me, I made it clear, and he understood, that it was not as a treatment,” she continued, adding, “I think what got lost in there, which very — is unfortunate, I think, in what happened next is, that study was critically important for the American people.”

She added that it “bothers” her that Trump’s comments are “still in the news cycle, because I think we’re missing the bigger pieces of what we need to be doing, as an American people, to continue to protect one another.”

“You know what they call that?” she said of disinfectant injections. “They call that embalming. That’s the medical term.” 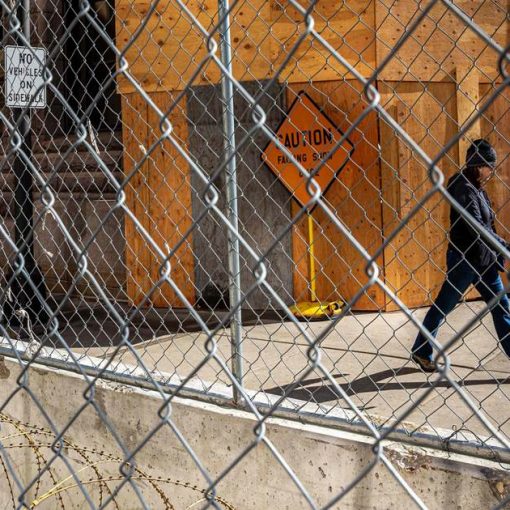 MINNEAPOLIS — There’s the fenced-off government buildings downtown. Cars parked in the middle of the street where residents stand watch over George […]

RIYADH, Saudi Arabia (AP) — Two men and a woman were wounded in a knife attack as they performed on stage in […] 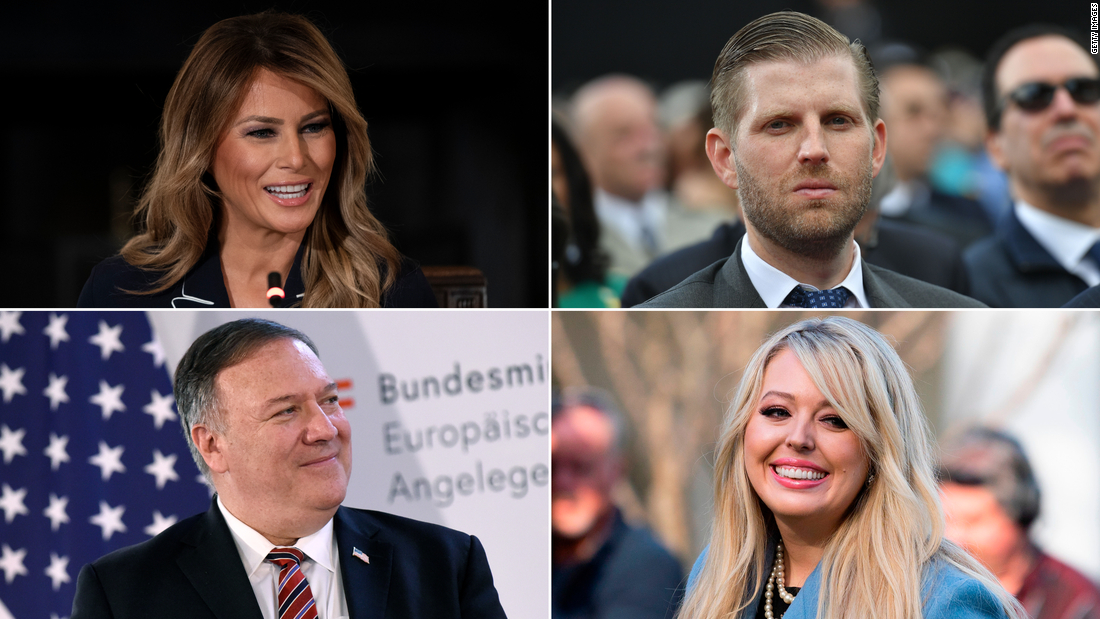 Secretary of State speaks from Jerusalem in break with tradition on Night 2 source: cnn.com