The coronavirus pandemic has pushed the world into a mass experiment in working from home. For some companies, self-quarantine for the public good has meant finding new ways to collaborate while navigating spotty internet connections, video conferencing etiquette, new apps and even newer security woes. That’s a no-brainer for Silicon Valley, where companies build apps and technologies to help power services used by hundreds of millions of people each day.

But with schools and day care centers closed around the country, tech companies, from Apple to Facebook to Google to LinkedIn to Uber, are facing a more challenging test: family. Even Facebook CEO Mark Zuckerberg acknowledged in a March conference call with the press that caring for his two young daughters at home with his wife, Priscilla, a pediatrician, is “a big change.”

The nonstop 24-hour work culture that led many tech companies to hire high-end chefs for free food cafeterias, offer onsite car oil changes and, in some cases, do free dry cleaning is running up against the realities of child care and other family care in self-quarantine at home. The unspoken agreement that all those benefits came in exchange for long and grueling work hours is falling apart at home.

Day care centers and schools around the country have closed, while nursing homes are sending some residents to live with family. That’s all put extra demand on working parents, who now have to split their attention between work, homeschooling, child care and family needs throughout the day.

Zoom said it’s tallied a 700% increase in weekday evening meetings on its platform since February, and a 2,000% increase in meetings on the weekend. While users have flocked to the service and social Zoom calls are now du jour, the numbers could also hint at an overburdened work force pushing meetings to out-of-hours when kids have gone to bed.

“The notion of the overwork culture in Silicon Valley happens because innovation is really hard,” said Silicon Valley futurist Paul Saffo, an adjunct professor at Stanford University. “But now that the climate has changed, we have a whole new set of issues.”

For decades, Silicon Valley sold itself as a worker’s utopia. The promise that if you work hard, you’ll succeed — with big salaries, employee perks and a stock option payoff that could make you a millionaire — is the driving force behind the always-connected work culture. But for families stuck at home, with no caretaker backups to speak of, many employees are being left to choose between caring for loved ones and doing their daily work. In California, home to Apple, Airbnb, Facebook, Google, HP, LinkedIn, Twitter, Uber and an endless list of startups, most schools won’t reopen until the fall. Meanwhile, nursing homes have been among the places hardest hit by the novel coronavirus, forcing some residents to move in with family members instead.

Though tech companies are known for their generous leave policies, offering much more than the 12 weeks of unpaid job-protected family and medical leave mandated by US law, some Silicon Valley parents say the pressure has intensified since being stuck at home — and not just from their bosses. A parent working at LinkedIn, writing last month on the anonymous employee messaging app Blind, said that while their manager was compassionate about handling work and kids, “I fear losing my job if I reduce my work hours.”

Most responding co-workers were supportive and some shared similar feelings. But others told the author to “stop whining like an entitled baby” and that “having kids is not an excuse to work less.”

LinkedIn, known in Silicon Valley for its employee-focused work culture, said it doesn’t tolerate retaliation against anyone for taking advantage of benefits it offers, or for bringing forward concerns. It also offers employees a way to anonymously report any issues.

The social networking company is also offering an additional 12 weeks of paid emergency leave to help its 16,000 employees manage during the crisis (Microsoft, which bought LinkedIn in 2016 for $26.2 billion, has made the same offer to its 151,000 workers).

“Many of our employees are having to take on additional responsibilities at home with children out of school or parents who need care, and we are supporting them,” said Kenly Walker, a LinkedIn spokeswoman.

Employees at Apple and Uber who spoke to me also said they felt overworked without much leeway to take care of kids. And they aren’t alone. More than half of the 6,163 working parents surveyed by Blind earlier this month said they felt their work wasn’t being fairly compared to that of their colleagues during the crisis. As a result, 61% of them, including employees from Google and Facebook, said they’re putting in at least three extra hours each day to complete their work.

“For people who have a family, you feel that you have to operate as if you don’t,” said Carolina Milanesi, an analyst at Creative Strategies. She’s faced many of these struggles firsthand, sharing online about navigating life in the tech world while homeschooling her daughter. It’s likely this crisis will change how we all prioritize life and family, she said. It may also change the culture at companies that have historically bristled at remote work, such as Google, Apple and Facebook.

“I’m hoping this is going to help us afterward to be more flexible,” Milanesi said. “I’m hoping it will humanize workers more.”

Some companies are already rethinking how they treat staff with families. On April 16, Google extended a special paid family leave plan during the crisis, giving up to 14 weeks paid time off (or 28 weeks of half time off) to help its more than 103,000 employees care for loved ones. A company spokesperson said almost 1,000 employees signed an internal letter thanking Google for helping them juggle family and work responsibilities.

Facebook followed a similar model for its roughly 45,000 employees, announcing in March that it will provide up to four weeks paid leave while schools are closed. It also encouraged managers to offer their staff flexible work hours or even additional time off to help manage family life in the midst of the crisis.

This is a new approach for Facebook, said Brynn Harrington, the company’s vice president of people growth. The social network is acknowledging “you needing to be in your life,” she said. “It’s no longer ‘I want to get to my kid’s school concert.’ It’s ‘I need a four-hour block to take care of my kids.'”

As the San Francisco Bay Area ordered residents to shelter in place starting on March 20, Uber’s administrative team sent notes to managers and to an opt-in staff parental resource group encouraging them to find a schedule that works for them.

“Please lead with empathy as you help balance work and at-home needs, and be flexible where you can if they need to reschedule, be offline at certain times, or need some variable time off,” Andrew Macdonald, Uber’s senior vice president of global rides and platform, wrote in a March 17 email to managers.

Apple, meanwhile, said it’s increased communications with managers and employees since the outbreak began. Its 137,000 employees have been encouraged to ask for help or accommodation, but managers as well have been told to proactively help employees too. That’s meant offering flexibility, whether it’s for parents working reduced schedules, or caregivers who have to take time off to take care of elderly family members.

“No deadline is too important, and no priority is more urgent, than caring for our loved ones. Our goal is to be flexible, collaborative and accommodating of every parent and caregiver on our teams,” said Apple spokeswoman Kristin Huguet. “This is a trying time for everyone — especially parents — and we want to do all we can to support every member of our Apple family.”

This isn’t just a Silicon Valley problem. Most employers seem to recognize that their workers are “experiencing challenges unique to their situation and that this evolving situation calls for more flexibility,” said Amelia Green-Vamos, a career trends expert at employer rating site Glassdoor.

Still, 28% of US adults from a variety of industries said their employer “has done nothing in response to concerns of the COVID-19 coronavirus outbreak,” according to a survey by The Harris Poll for Glassdoor. And only 16% of respondents said companies offered additional paid or unpaid sick leave.

Surveys by email client maker Superhuman found peak email time has crept up an hour to 9 a.m.. People are working later too. Surfshark, a privacy app maker, found spikes in usage between midnight and 3 a.m. that didn’t exist before the crisis.

“While it’s still too early to say what the long-term effect will be, this new way of working is an interesting test for Silicon Valley,” Green-Vamos added.

“For people who have a family, you feel that you have to operate as if you don’t.”

Once the pandemic subsides and we return to whatever new normal we’ll be living, analysts and companies I spoke to say their work environments will be different.

Texas-based tech giant Dell estimates that more than half its 134,000 employees will be working remotely. To lay the groundwork, the computer maker increased communication from the executive team to staff.

That includes regularly telling co-workers on conference calls when they’re also taking care of their kids or family. This gets them more comfortable with this new life-work balance. It also means that a wayward child or pet popping up in the background isn’t jarring.

“Work will not return to how it was,” said Jennifer Davis, Dell’s senior vice president of global communications. “We need to advertise the need for flexibility and that it’s OK to have a work and home life.”

CNET’s Richard Nieva and Queenie Wong contributed to this report. 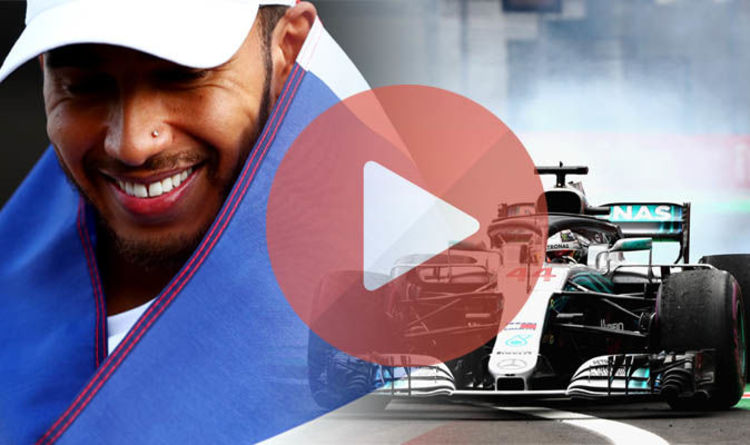 Formula One is back with Lewis Hamilton starting his first race weekend as a five-time world champion. The F1 legend secured his […] 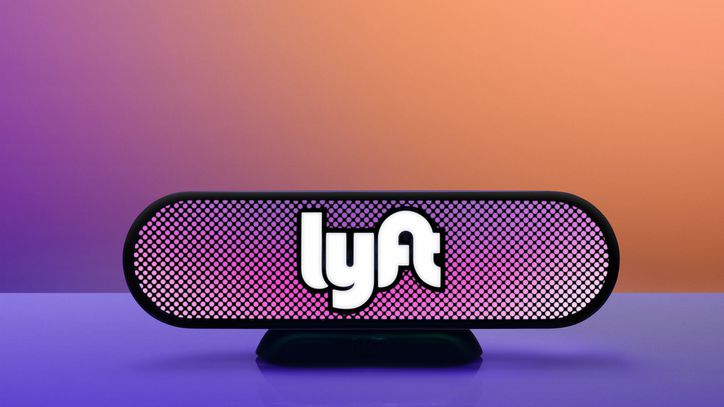 Gone are the days of Lyft’s pink mustache grills. Lyft Lyft has come a long way since its days of fist bumps […] 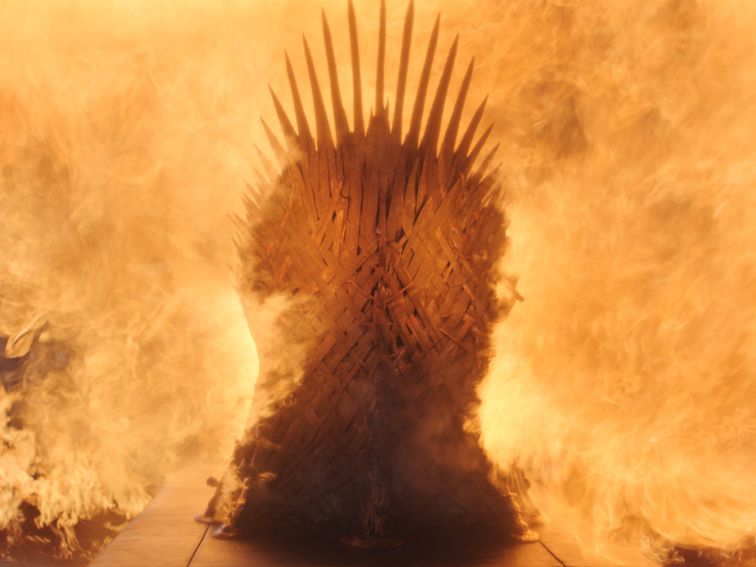 David Benioff and D. B. Weiss will not be attending SDCC. Jeff Kravitz Game of Thrones is the most nominated series at […] 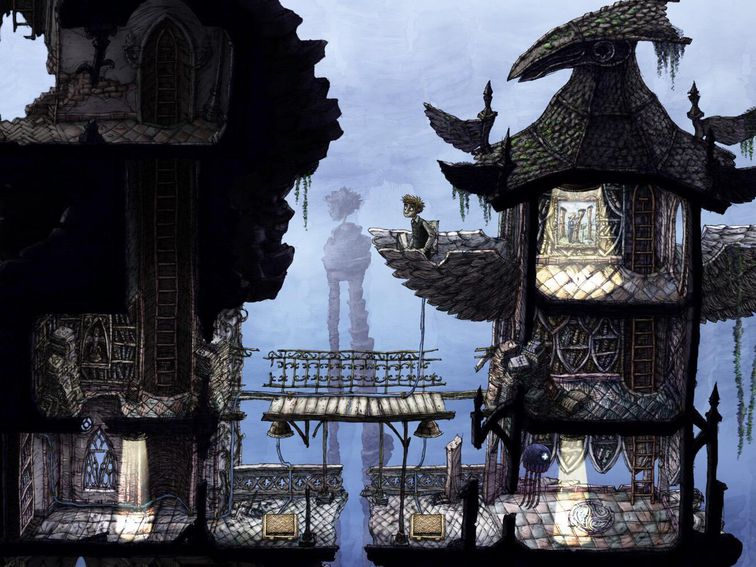 Creaks is a mysterious and creepy hand-painted puzzle platformer.  Apple This story is part of CNET’s coverage of Apple Arcade, including exclusive first […]