The Club World Cup has never stimulated universal enthusiasm. “The whole case goes to show how undesirable such events are from a sporting point of view, and what a prostitution of titles they are,” raged the Edinburgh Evening News, but that was 1895 and it wasn’t talking about the soft-power festival of greed that, in the distant days before the virus, was supposed to be taking place in China in the summer of 2021.

Rather it was talking about the first meeting of league winners of England and Scotland, of the match played 125 years ago on Monday, in which Sunderland became world champions.

There had been two “world championships” before but they, in theory at least, pitted cup winners against each other. As it turned out, in 1887, England’s representatives were Preston North End, who had gone out in the FA Cup semi-final. They lost, 2-1, to Hibernian (although the Cup winners, Aston Villa, did beat Hibs 3-0 in a friendly).

The title stayed in Scotland as Renton hammered West Brom the following year. And there it remained, uncontested, until in 1895 Hearts, flush with their first league success, invited Sunderland, who had just won a third English title in four years, to dispute the world crown.

Hearts’ success owed much to two new signings, the full-back pairing of James Mirk and Barney Battles, who implemented an offside trap so effective that Hearts conceded eight goals in 18 league matches that season, eight fewer than anybody else.

Sunderland, meanwhile, were an aggressive, attacking side, one that had dominated English football since beating Aston Villa 7-2 in a friendly in 1890. That game had led the Villa chairman, William McGregor, to describe Sunderland as a team with a “talented man in every position” and the “Team of All Talents” duly became the first club from outside the north-west and Midlands to be admitted to the league later that year.

If their remoteness – Burnley, 110 miles away, were their nearest rivals – hampered them on away trips, Sunderland reaped the benefits at home, losing three games at their Newcastle Road ground in their first six seasons in the league – and two of those in their first season. But even more crucially, they were situated a lot closer to Scotland than any other league club.

Between the first international fixture in 1872 and 1888, England won two of 16 matches against Scotland. The Scottish game, exploring the potential of passing, was more advanced than England, where the outmoded dribbling and charging traditions lingered. By 1890, English football had learned its lesson, but Scotland remained the heartland of the passing game. Naturally, once clubs began, first under the counter and then, after 1885, legally, to pay players, Scottish players were in demand. Sunderland who, before being admitted to the league, had existed largely on a diet of friendlies, many of them against Scottish sides, were ideally placed to take advantage.

The traffic in players, understandably, was resented by Scottish fans, which made scouting a dangerous pursuit. For that reason Samuel Tyzack, a wealthy mine owner who, along with the shipbuilder Robert Turnbull, funded Sunderland’s rise, used to don a dog collar and pretend to be a priest while on the trail of potential targets. He was evidently skilled in recruitment: every one of Sunderland’s starting XI against Hearts was Scottish – as were all the Hearts players.

So, too, were Sunderland’s three major absentees, their captain, Hughie Wilson, whose long one-handed throw-ins caused such chaos they led to the law being changed, the winger John Scott, who was fit enough to serve as linesman, and the defender Andrew McCreadie. Hearts were also without two key players: the captain, Isaac Begbie, and their top-scorer, Johnny Walker.

Despite that, and heavy drizzle, a record crowd of 12,000 had packed into Tynecastle by kick-off. They saw Hearts begin the brighter but be thwarted by a series of blocks from Sunderland’s renowned goalkeeper, Ned Doig, who wore his trademark cap to disguise a receding hairline. Twice, though, the visitors struck from corners, first through the left-half Harry Johnston and then through the prolific John Campbell, who remains the club’s fifth-highest goalscorer. It was 2-0 at half-time, by which point the crowd had swelled to 15,000.

Hearts continued to dominate, and at last got their reward. The right-winger, Willie Taylor, pulled one back and Robert McLaren levelled with a deflected free-kick. A quick counter then left George Scott clear and, as Doig appealed fruitlessly for offside, the inside-right put Hearts ahead.

But Sunderland’s Jimmy-James-John-John-Jimmy frontline was also dangerous when it had space to run into – a feature of the organisation instilled by the former tobacconist Tom Watson, who was arguably the first manager in anything approaching the modern sense of the term – and Hearts kept attacking. Jimmy Millar levelled from Campbell’s pass with 10 minutes to go. Jimmy Hannah led a counter after counter, one of which led a free-kick. Robert McNeill took it, and Campbell’s glancing header put Sunderland ahead again. John Harvey rounded off a 5-3 win.

The Scotsman, far more impressed than the Edinburgh Evening News, hailed a match “full of excitement and fast play”, while the Sunderland Echo insisted Sunderland had proved themselves “the premier football team of the globe”. But an ageing side finished fifth the following year and Watson left, lured away by Liverpool where he established their first title-winning side.

What is perhaps most striking now is how familiar so many of the themes remain, 125 years on. The game was clearly thrilling, and yet there was unease, doubts about the influence of money, about the import and export of players, about fixtures arranged under the guise of a new competition but essentially to generate income.

There is a sense of impermanence, too, of the transient nature of glory, as a great team reached the end of its cycle, undone in the end by the departure of a manager they had perhaps never fully appreciated as he sought new challenges and better prospects elsewhere.

Football has got bigger and these issues are now played out on a global scale but the fundamental tension remains: this is a sport, about fair competition and excitement, but it is also a business, about generating revenue, buying a great team and burnishing the reputation of businessmen and their homes.

That is according to pundit and legendary Liverpool right-back Steve Nicol. Klopp’s side have been heavily criticised this season for the amount […] 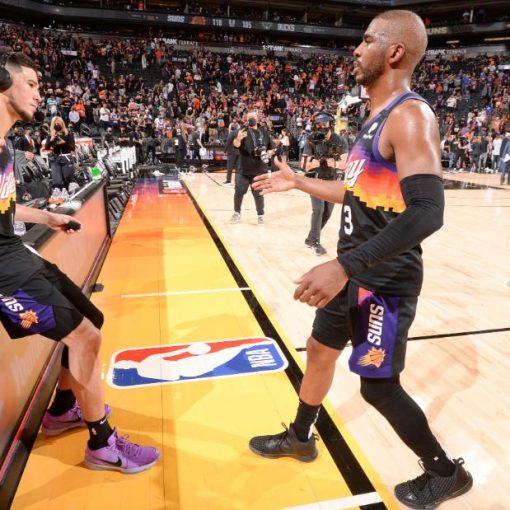 The 36-year-old continued his excellent season in Game 1 of the best-of-seven playoff series to decide who will be crowned NBA champions, […]