Gary Lineker is talking to Alphonso Davies on Zoom about the Bayern Munich player’s role as a supporter of the UN Refugee Agency’s Covid-19 response when the youngster’s mobile rings. Davies leans forwards to pick it up and stares at it for a moment before turning it off and apologising. “Was that Robert Lewandowski?” Lineker jokes. Davies grins, explaining it was his German teacher, reminding him of their virtual lesson later in the day.

Davies is only 19 years old but one of the most exciting prospects in world football. He joined Bayern from Vancouver Whitecaps in January 2019 in a deal worth £9m, a record for an MLS player at the time. The left-back made six substitute appearances in the second half of the 2018-19 season but has exploded into life this campaign.

In February he mesmerised a world audience as Bayern took Chelsea apart and won 3-0 at Stamford Bridge in the first leg of their Champions League last-16 tie, prompting Lineker to tweet: “Alphonso Davies’ parents fled Liberia in the civil war. He was born in a refugee camp in Ghana and moved to Canada when he was five. Here he is playing beautifully for Bayern at 19. What a wonderful story.”

Davies, who extended his contract with Bayern this week, is widely liked for his amiable personality and refusal to take himself too seriously, as evidenced by his daft TikTok videos. Yet he is dedicated in his support of refugees, working closely with the United Nations high commissioner for refugees (UNHCR) as a high-profile supporter. On Saturday, Davies will play three live-streamed matches in a Pro Evolution Soccer tournament against Milan’s on-loan goalkeeper Asmir Begovic, a former refugee himself, to raise funds for UNHCR’s Covid-19 response.

Gary Lineker Alphonso, it’s lovely to sort of meet you, even though it’s in these circumstances. First of all, how are you doing in isolation?

Alphonso Davies Yeah, I’m good. The team started training a couple of weeks ago so I’m happy for that. But it’s a tough situation right now, so I guess we just have to play our part and stay inside.

Lineker I’m sure we’ll all get back to playing football once again. You have obviously had some hardships in your life, particularly growing up as a refugee. Do you remember your formative years in the Buduburam refugee camp?

Davies I can’t really remember too much about those years. I wish I could. I can’t even really remember kicking a football around, although I know I did. It’s not a memory they want to share with their kids too often, but they talked about it a little bit because it’s part of our story.

Lineker Do you ever feel the urge to go back to Ghana or Liberia?

Davies I asked my parents about it because we still have family in both countries but the way things are going right now I will have to wait a little bit longer.

Lineker Things have gone amazingly well for you since your family moved to Canada, but it must have been a massive step for them.

Davies Yeah it was tough, but it was also an amazing feeling – being able to go to a country and do what you want to do, be who you want to be. I think my family did well. I’m very proud of them.

Lineker And you finally had the chance to go to school, which should be an important part of any child’s life.

Davies Exactly. I enjoyed every moment of being at school. Football doesn’t last for ever, so you need an education longer term.

Lineker When did you start to realise that you were quite good at this game?

Davies [Laughs] Not until I moved to Vancouver in 2016 and joined the Whitecaps’ academy team. Whenever I watched the first team, I thought: “This is where I want to be. This is my dream.” I always did my best in training and on the field and now I’m playing for one of the best teams in the world.

Lineker You were just 14 when you left home and moved to Vancouver. I heard that your mother was particularly worried that you might go astray and become a bad boy.

Davies [Laughs] Yeah, that was her number one worry! She obviously wasn’t there with me and so nobody was telling me what to do. But there’s a policy at the Whitecaps where you have to maintain a grade average to be able to train and play in the academy, and if they see your grades are slipping up, they might even take you out of the academy. They took care of me.

Lineker Who did you support when you were younger?

Davies My dad is a Chelsea fan.

Lineker Really? And look at what you just did to Chelsea!

Davies Exactly! My dad really liked Didier Drogba and there was always a Chelsea game on when I was growing up. There were so many amazing teams to watch but I didn’t particularly have a team. So it was Chelsea by force.

Lineker You were just 15 when you made your Major League Soccer debut for Whitecaps and, in 2017, after receiving Canadian citizenship, you became the youngest player to appear for the Canadian men’s team. Then, in 2018, when you were 18, you were Canada’s men’s player of the year. You must have been incredibly proud.

Davies It makes me feel like all the hard work I’ve been doing over the years is really paying off. The coach saw something in me when I became a citizen of Canada and he took me to the national team camp… Being men’s player of the year was a shock!

Lineker And, of course, in January 2019 you moved to Bayern Munich. How did that come about? I think a lot of European clubs, including Manchester United, Chelsea and Liverpool, were looking at you at the time.

Davies There were rumours in the air that all these different clubs were looking at me but I didn’t know which specific clubs. No one told me anything. And then I got a message: “Bayern Munich want to meet you.” I was like: “Oh my god. Really?” It was both exciting and scary. I just had to prove to myself that I could compete at this level.

Lineker What was it like on the first day? Was it intimidating meeting all the superstar Bayern players like Lewandowski and Neuer?

Davies Yes! I’d watched these guys on TV since I was a kid and there I was, seeing them in person, training with them and playing with them. I was very intimidated. When Arjen Robben introduced himself to me, I just couldn’t believe it.

Lineker Do you think your previous experiences in life, as a refugee and then moving from Edmonton to Vancouver as a boy, helped ease your move to Germany?

Davies I think so. Those moves definitely prepared me for moving overseas. If I hadn’t already made those moves, I’d be very homesick every single day. I am still homesick but I can deal with it.

Lineker We live in such challenging times. You are a supporter of UNHCR. Did you want to give something back perhaps?

Davies I want to use my platform to talk about refugees and my personal story to inspire people to reach out and help. It’s so hard for people in refugee camps to do any kind of social distancing. They need clean water, soap to wash their hands and food.

Lineker I’ve seen some of your videos on TikTok and you’re quite the personality on there aren’t you? Singing, dancing, all sorts …

Davies Football comes first, but I want to be an actor eventually.I like entertaining people and TikTok gives me the platform to do so. It allows fans to not only see what I do on the field, but also to get to know my personality a bit more. And it passes the time during the corona crisis when we are all staying home.

To contribute towards UNHCR’s work with refugees during the Covid-19 pandemic, please click here 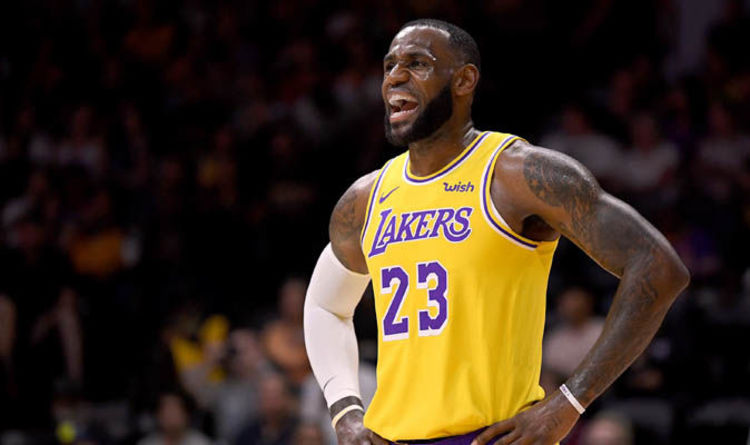 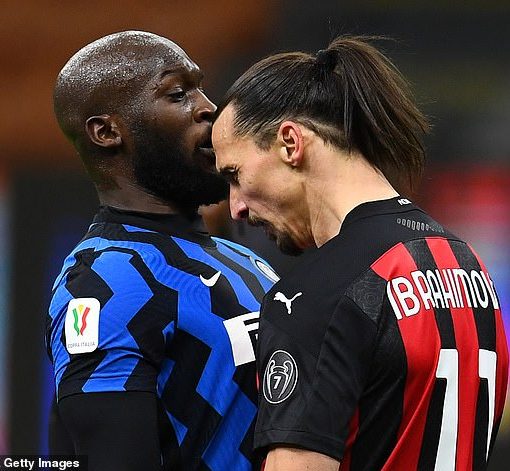 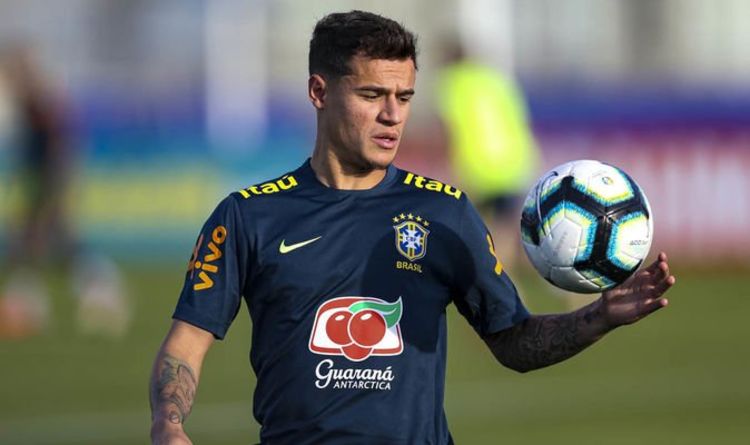 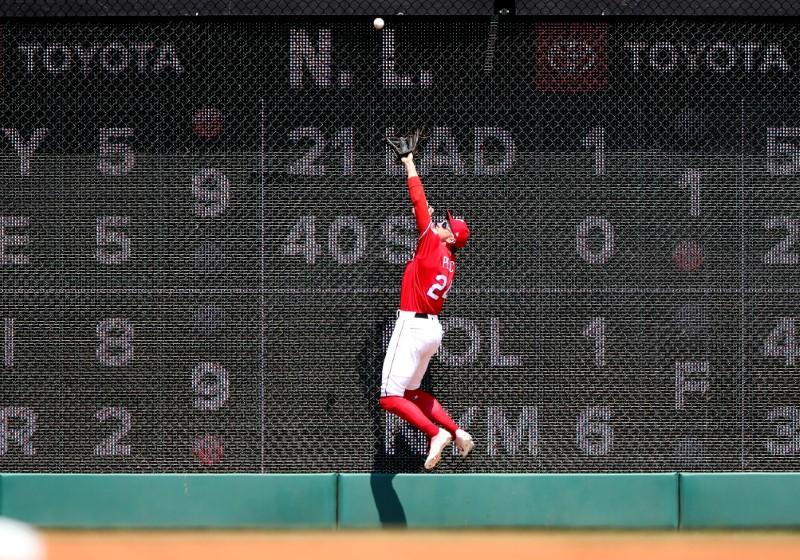