Public health authorities are to investigate a potential link between a Champions League football match in Liverpool and a potential coronavirus rise in the city.

The mayor, Joe Anderson, has commissioned the city’s new public health director, Matthew Ashton, to see if there is any connection after a number of deaths were blamed on the 11 March match between Liverpool and Atlético Madrid.

The match was attended by 52,000 people, including 3,000 from Madrid, at a time when Spain was already in partial lockdown.

Anderson said: “I have asked Matt Ashton and his team to conduct a full investigation into any potential link between that match and the situation with coronavirus in the city.

“We want to come to a view as to whether that decision had an impact on the people of this city and I’ve asked Matt to work with the universities to see if the data can give us an indication of that.”

Ashton told the Guardian earlier this month the match should not have gone ahead but said bad decisions were not intentional.

“Although we will never know, the Atlético Madrid game could have been one of the cultural events and gatherings that influenced the rise in Liverpool. It is definitely one to be included on the list for learning and for a future inquiry, so that organisations can learn and not make similar mistakes.

“The Atlético fans were allowed to come into the UK and go to the match when their own stadium was closed to prevent the spread of the virus,” he said.

Gloucestershire Live reported claims that leaked data showed that an area neighbouring Cheltenham racecourse had the highest number of coronavirus hospital admissions in the region earlier this month.

Anderson told the Liverpool Echo: “I said at the time that the fact that the Madrid fans were unable to attend matches in their home city but could travel to a game in Liverpool was absurd, but the government and Uefa decided the game should go ahead.

“We now want to find out what impact that had in the city.”

The mayor of Madrid, José Luis Martínez-Almeida, said recently that it was a mistake and “didn’t make any sense” to allow thousands of Atlético fans to attend given the high infection rate in Spain.

The latest figures show that 246 people have died from coronavirus in Liverpool’s NHS hospitals.

A report on Gloucestershire Live claimed that leaked official data shows the GL52 postcode, which covers areas of north Cheltenham including Pittville, Prestbury and Bishop’s Cleeve, had 27 confirmed hospital admissions of the virus as of 3 April, the highest amount in the county.

The data was leaked to the Local Democracy Reporting Service which noted that Gloucestershire was currently the “most affected county in the least affected region in Great Britain, the south-west, with 989 cases of the virus and 147 deaths in the county as of April 22”.

The affected postcode is the one nearest to the racecourse, which is in the centre of the town, and is also one of the more densely populated areas.

The government’s deputy chief scientific adviser Angela McLean said recently that it was an “interesting hypothesis” to suggest a link between the two events and local coronavirus infections.

More than 250,000 went to the Cheltenham event between 10 March and 13 March and several high-profile attendees have said they believe they contracted coronavirus, including the Duchess of Cornwall’s ex-husband, Andrew Parker Bowles, the comedian Lee Mack, and Charlie Brooks, a racehorse trainer and husband of News UK’s Rebekah Brooks.

The Jockey Club, which organises the event, has rejected suggestions it should have been cancelled and said it had followed public health advice and “went ahead under government guidance”.

Scientists say it will be difficult now to get the data to investigate a causal link between the festival and coronavirus cases but population surveys could assist.

Andrew Preston, a reader in microbial pathogenesis from the Milner centre for evolution at the University of Bath, said the lack of community testing and tracing meant it may never be possible to know whether Cheltenham contributed to the spread of Covid-19.

A spokeswoman for the Department of Health and Social Care said: “There are many factors that could influence the number of cases in a particular area, including population density, age and health profile, and the position of an area on the pandemic curve. It is also not possible to make comparisons between hospital trusts across the region as they all serve populations of differing size and characteristics.

“The south-west region has seen the lowest number of cases and deaths in the UK and we continue to work hard to support communities during these unprecedented times.” 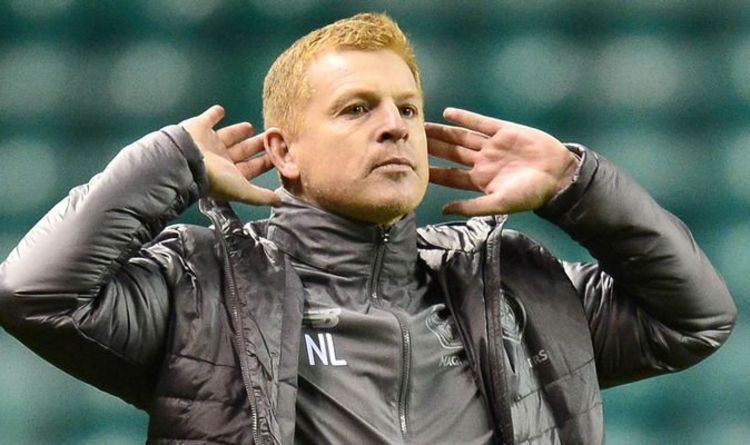 Celtic, who turned to Lennon after losing Brendan Rodgers to Leicester last month, are on course to win the Scottish Premiership. But […]

(Reuters) – Seattle became the National Hockey League’s 32nd franchise on Tuesday when the Board of Governors unanimously approved the expansion bid. […]