WASHINGTON — A month after saying it would find ways to leverage its capabilities to respond to the coronavirus pandemic, NASA rolled out April 23 some of solutions it has developed, from ventilators to decontamination systems.

In a media briefing, NASA officials said those systems are among the first to emerge from an agencywide effort to leverage NASA technologies and personnel, often in cooperation with companies and other organizations, to address a disease that has now killed nearly 50,000 people in the United States.

“One of the things that we’re focused on is a response to how to defeat the coronavirus, and how do we support the folks that have the coronavirus,” NASA Administrator Jim Bridenstine said. “NASA has some amazing people, very intelligent people, very capable people that are committed to the cause.”

At a March 25 online town hall meeting, Bridenstine and other agency leaders said they were looking for ways to leverage NASA’s capabilities to assist the pandemic response. One area of interest noted at that town hall was in development or improvement of ventilators.

Two of the innovations NASA highlighted in the briefing involved devices to assist in breathing. A team at the Jet Propulsion Laboratory developed the Ventilator Intervention Technology Accessible Locally (VITAL), a ventilator specially designed for treating COVID-19 patients but that is simpler and faster to build than conventional ventilators.

“When we started stay-at-home, a couple of our engineers were really frustrated with wanting to help, and wanting to figure out something to do, and jumped in,” said Dave Gallagher, associate director for strategic integration at JPL.

VITAL is designed to use only a small fraction of the parts of a conventional ventilator. “It’s really designed not to interrupt the manufacturing chair for the mainstream, big, highly complex ventilators,” he said.

VITAL passed a test April 22 at the Icahn School of Medicine at Mount Sinai in New York, demonstrating it could successfully assist breathing for COVID-19 patients. Gallagher said JPL submitted paperwork April 23 to the Food and Drug Administration (FDA) for an “emergency use authorization,” an expedited, temporary approval of the device. “We should, with any luck, in 24 to 48 hours have approval from the FDA.”

JPL doesn’t plan to mass-produce VITAL. Instead, the California Institute of Technology, which operates JPL for NASA, will issue a royalty-free license available to any company interested in manufacturing the ventilator.

A related effort at the Armstrong Flight Research Center in California is the development of a “positive pressure helmet,” which can be worn by patients who require breathing assistance but are not in severe enough condition to need a ventilator.

The helmet “looks like a cast protector on a broken leg,” said Mike Buttigieg, an engineer at Armstrong who led development of the helmet. After a week of design work, he said he received funding from the center to produce an initial set of 50 helmets in his garage.

Virgin Galactic is now using the design to produce an additional 500 helmets that will be distributed around the country, working with Armstrong and Antelope Valley Community College. An emergency use authorization for the helmet is also pending at the FDA, he said.

NASA’s Glenn Research Center is working with a company called Emergency Products and Research on a decontamination system called AMBUStat. The system, originally developed five years ago, is designed to finely distribute droplets of a sterilizing fluid that allows for rapid decontamination of ambulances and other vehicles.

Marit Meyer, an engineer at Glenn, said the pandemic has prompted development of a new version of the system that can disinfect surfaces as well as kill pathogens in the air. “Another objective that we had is to keep the cost really low so that they can make the technology available to underserved communities,” she said. NASA is providing expertise in aerosol physics to optimize the design of the new system.

Besides those projects, NASA turned to an internal crowdsourcing platform, called [email protected], to solicit additional ideas for ways the agency can help. Cathy Mangum, NASA deputy associate administrator, said more than 250 ideas have been submitted, with 4,500 people voting on the ideas they thought most promising.

The ideas, she said, ranged from having NASA astronauts offer advice on dealing with isolation to advanced technologies that may not be ready for a year or more. An example of the latter is the use of carbon nanotubes, impregnated with COVID-19 antibodies, to provide an instant “breathalyzer” test for the disease.

“It’s literally an ability to potentially instantaneously identify somebody that has COVID-19,” said J.D. Polk, NASA’s chief health and medical officer. He cautioned, though, that such a test is “months off” if it does prove to be viable.

NASA didn’t disclose at the briefing how many people, or how much money, has been spent to date on the various coronavirus projects.

Besides discussing the coronavirus projects, Bridenstine also emphasized the agency’s two highest near-term priorities, the commercial crew program and Mars 2020. SpaceX’s Crew Dragon is scheduled to launch May 27 on a test flight with two NASA astronauts on board, while the Mars 2020 rover mission is scheduled for launch July 17 during a launch window that is open only through early August.

Although those missions are high priorities, he said NASA was still taking steps to protect their health. That includes the use of staggered shifts to reduce the number of people working at one time as well as use of personal protective equipment. At Mission Control, he said people are separated as much as possible through the use of different rooms and Plexiglas dividers separating individual workstations.

NASA’s handling of the pandemic won praise from the Aerospace Safety Advisory Panel (ASAP), the agency’s independent safety committee. Critical work that can’t be done remotely “are all being conducted with appropriate safety precautions,” Patricia Sanders, chair of ASAP, said in an April 23 teleconference. “We commend NASA for the thoroughness of the mitigation steps in force.”

She noted, though, that those steps have consequences, particularly for programs not considered critical enough for work to continue, like the upcoming Green Run static-fire test of the Space Launch System core stage. The extent of those delays on the overall program, she noted, is not yet known.

“There will definitely be financial costs whose scope is not yet known,” she added. “There is a possibility that some critical small vendors will not survive the economic impact.”

Another issue with NASA’s approach, Sanders said, is that meetings being held virtually may not be as effective as the in-person ones they’re replacing. “The panel has some concern that critical reviews conducted through virtual meetings may suffer from less intense engagement” compared to face-to-face meetings, along with reduced nonverbal communication.

Bridenstine said at the later briefing that while the commercial crew program was pressing ahead during the pandemic, the agency would not be encouraging the public to attend what, up until recently, was expected to be the most highly attended launch since the retirement of the space shuttle in 2011.

He said NASA wouldn’t allow the public to watch the launch from sites at KSC, whose visitor’s center has been closed since mid-March. Enforcement of viewing restrictions outside center property, such as roads and beaches, would involve working with local and state authorities. 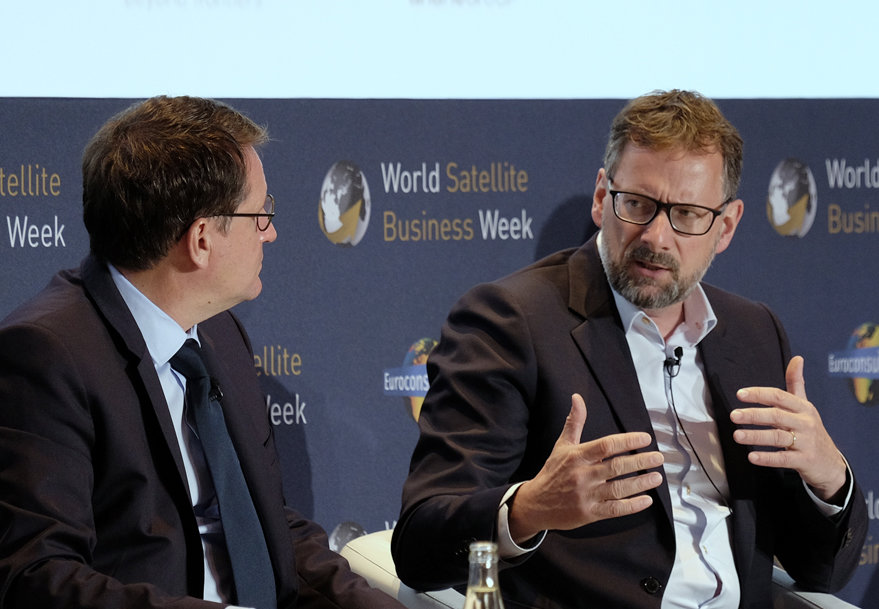 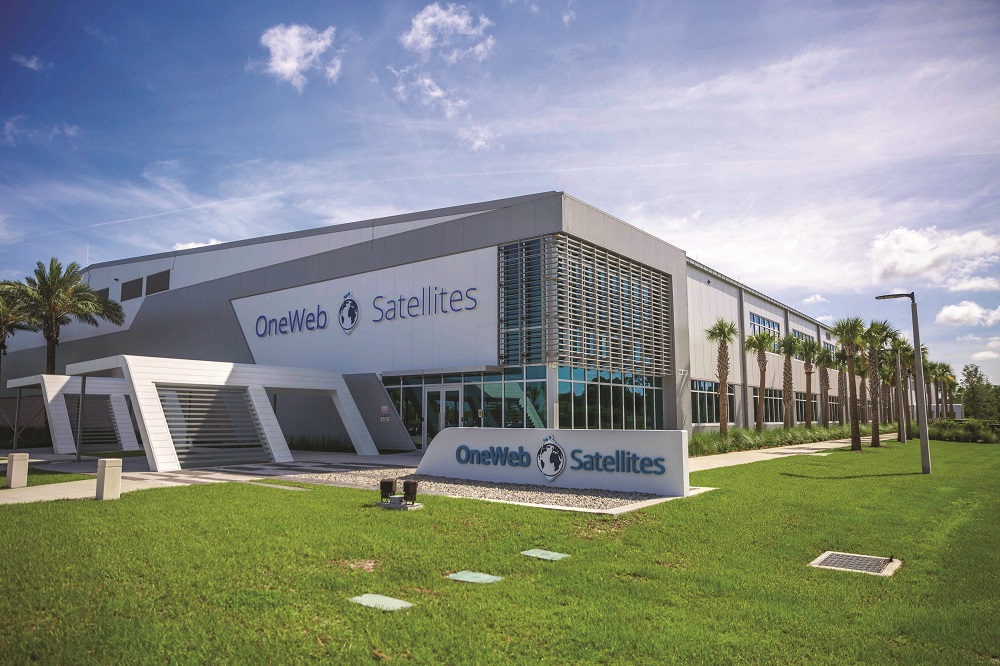 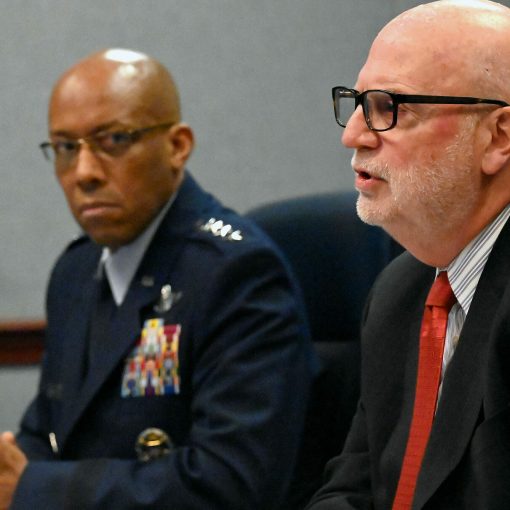