A Saudi human rights activist living in London alleges that she has received death threats from people she believes are supporters of Crown Prince Mohammed bin Salman.

Alya Abutayah Alhwaiti told the BBC the threats were made in a phone call and on Twitter after she raised international awareness about a Saudi government plan to evict members of her tribe to make way for a 21st Century high-tech city on the shores of the Red Sea.

“We can get you in London,” Ms Alhwaiti said she was warned in the call. “You think you are safe there, but you are not.”

Ms Alhwaiti added that she was also threatened with “the same fate that happened to Jamal Khashoggi”. She has reported the threats to the British police.

Khashoggi, a Saudi journalist and prominent critic of the crown prince, was murdered and dismembered by government agents inside the Saudi consulate in Istanbul in 2018. Western intelligence agencies believe his murder was carried out on the prince’s orders, which the Saudi government denies.

On 13 April, a man named Abdul Rahim al-Huwaiti posted videos online alerting the world that Saudi security forces were trying to evict him and other members of the Huwaitat tribe from their historic homeland in the far north-west of the country to clear the way for a new development called Neom.

Alya Alhwaiti, who is from the same tribe, circulated the videos.

In the videos, Abdul Rahim al-Huwaiti vowed to defy the government’s eviction order. In one, he said he expected the authorities to plant weapons in his house to incriminate him.

He was later killed by Saudi security forces.

A statement issued by State Security confirmed his death, alleging that he had opened fire on security forces and that they had been forced to retaliate.

This version of events was vigorously denied by Ms Alhwaiti, who insisted that Abdul Rahim al-Huwaiti did not have any firearms.

On Wednesday, she posted photographs and video footage from his funeral near the village of al-Khoraibah, which was apparently well-attended despite the presence of Saudi security personnel.

The Huwaitat are a proud, ancient and traditionally nomadic Bedouin tribe that have lived on both sides of the Saudi-Jordanian border for hundreds of years.

Revered in history as fearless warriors, they fought alongside T E Lawrence in the Arab Revolt of 1917 and he mentioned them in his epic memoir, Seven Pillars of Wisdom.

I spent several weeks living with them in my 20s in the desert dunes east of Jordan’s Wadi Rum, catching a glimpse of a traditional way of life that was fast disappearing.

Today, much of the tribe has forsaken the nomadic desert life for a settled existence in houses and villages.

“They are not against the building of Neom,” said Ms Alhwaiti. “They just don’t want to be forcibly evicted from a land their families have lived in for generations.”

She said eight of Abdul Rahim al-Huwaiti’s cousins had been arrested for protesting against the eviction order, but that together with human rights activists in the West they were hoping to mount a legal challenge.

The violent death of the protester is not the first problem to beset Crown Prince Mohammed’s ambitious plans to build this futuristic city intended to wean Saudi Arabia off its dependence on oil revenue.

The murder of Jamal Khashoggi shook international investor confidence in the kingdom and cast a pall of suspicion over the prince, its de facto ruler.

More recently, the coronavirus pandemic has wreaked havoc on the global economy and the oil price has plummeted to historic lows.

If it does not recover dramatically over time then it is hard to see how Riyadh is going to finance this project, which was originally budgeted at around $500bn (£407bn).

Neom is part of the crown prince’s far-reaching Vision 2030 project to provide meaningful jobs for Saudis beyond the oil sector.

Officially, it is still on track. “Work continues,” said a press release on Sunday, “the project remains on schedule and we continue to make progress as we plan to build Neom’s first new cities by 2023.”

Contracts were being awarded, it added, including for three residential areas that are intended to house up to 30,000 people.

“This project is our moon shot,” confided a senior Saudi minister. “We have to make it work.”

But forced evictions, a dead protester and sinister threats will do little to improve the international standing of a project some believe may now be in serious doubt. 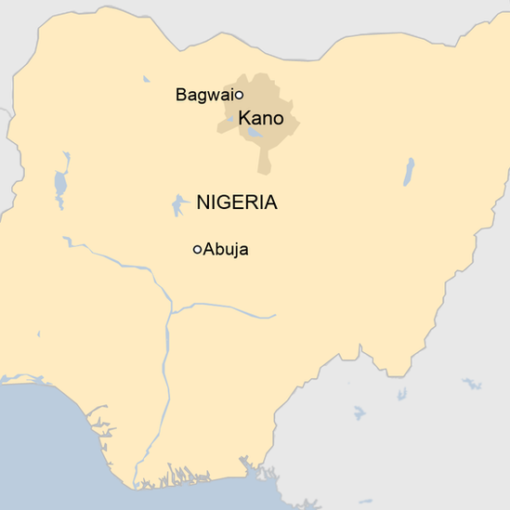 Map of Nigeria showing Bagwai At least 29 people, including schoolchildren, have died in northern Nigeria after a boat capsized in a […] 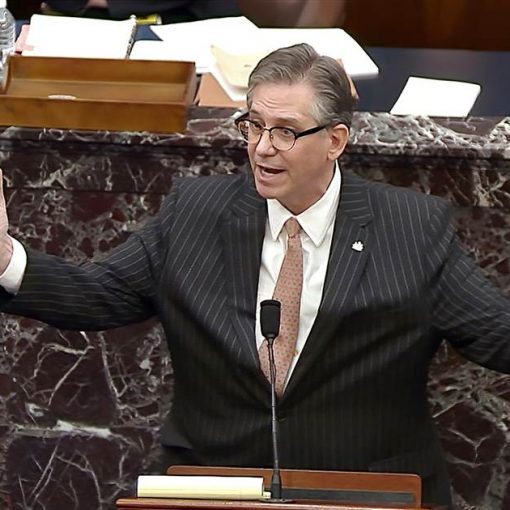 Former President Donald Trump’s impeachment legal strategy defies the conventional wisdom that money can buy the best defense. From the pre- and […]