Across the country, groups of Americans are taking to the streets in protest of lockdown orders aimed at limiting the spread of Covid-19. Why?

The US now has over 761,000 cases and more than 40,000 deaths, with numbers still rising, though signs have emerged that infection rates are slowing in some states.

Some states are beginning to ease restrictions, re-opening parks, beaches and some small businesses in the coming days, but most of the US remains under some form of stay-at-home order.

In over a dozen states from coast to coast, protesters have taken to the streets, blocking roads and honking car horns.

Why are they protesting?

Those taking to the streets say that the stringent measures restricting movement and businesses are unnecessarily hurting citizens.

Protesters say the stay-at-home measures imposed by state governments to control the spread of Covid-19 are an overreaction.

Some have also come bearing firearms as gun rights groups have been among the organisers, citing infringements on civil liberties.

Some also say keeping these restrictions in place too long will cause long-term damage to local economies.

As of last week, the total number of unemployment claims in the nation reached over 22 million – overturning decades of US job growth.

Many cite President Trump’s caution that the cure cannot be worse than the disease itself.

But not everyone wants to see all restrictions eased immediately: some groups have also called for quarantining just the vulnerable, more testing to get people back to work or redefining “essential” businesses.

Where are these protests happening?

Demonstrations have occurred in over a dozen states:

These states are led by both Republican and Democratic governors.

How many people are protesting?

Protests have varied in size across the country – from a few dozen protesters in Virginia and Oregon to rallies of thousands in Michigan and Washington state.

On Sunday, Washington state saw one of the largest demonstrations, with some 2,500 protesters gathering at the capital in Olympia. The state was the early epicentre of the Covid-19 outbreak in the US.

In Colorado, hundreds of anti-lockdown protesters were met with a counter protest by a few healthcare workers, who, dressed in scrubs, blocked traffic at crossroads.

Hundreds in Arizona took to their cars to create a gridlock around the capitol building in Phoenix. Idaho, Maryland, Texas and Indiana saw similar gatherings of hundreds.

Who are the protesters?

The organisers behind these protests have largely been conservative, pro-Trump and pro-gun activists. US media have described many of these demonstrations as reminiscent of Trump campaign events, with pro-Trump banners, t-shirts, and signs aplenty.

Signs calling for freedom over tyranny have also been staples of these protests. Governors have been likened to kings or dictators. “Give me liberty or give me death,” a quote harkening back to the American Revolution has also been a popular mantra.

Not all those attending are affiliated to organisations – many are simply frustrated by the lockdown strangling their ability to make a living.

But far-right groups and militias have also made their presence known at some demonstrations.

The rally outside the state capitol in Austin, Texas, was in part fuelled by fans of conspiracy theorist Alex Jones, who was seen shaking hands with protesters. Amid chants of “let us work” were calls to “fire [Dr Anthony] Fauci”, the US infectious disease chief on the White House taskforce, the New York Times reported.

As John Roland, a militia leader in Illinois, told the BBC: “Re-open my state or we will re-open it ourselves.”

“I’m gonna do what I got to do to feed my family,” he said. “If it means I got to risk my health then so be it… and yes even potentially the health of others.

“My mortgage payments are late, my truck payment is late and if I lose either of those I’m dead in the water.”

What has Trump said?

President Donald Trump and his White House have expressed seemingly opposing views on the protests.

That guidance recommends three phases of slowly easing restrictions on businesses and social life, with each phase lasting at least two weeks. The recommendations also include maintaining some social distancing, access to testing and contact tracing.

But a day after the administration’s plan was announced, the president tweeted the slogans of the “Liberate” protests in several Democratic-run states.

On Sunday, the president offered a conflicting message again, telling reporters “some governors have gone too far”, and later specifically calling out Michigan and Virginia.

“Some of the things that happened are maybe not so appropriate,” Mr Trump said. “In the end, it’s not going to matter because we’re starting to open up our states. And I think they’re going to open up very well.”

Of the protesters, Mr Trump said: “Their life was taken away from them.”

“These people love our country, they want to get back to work.”

While these protests may illustrate the concerns of some Americans, especially those in rural parts of the country, they do not reflect the overall public opinion.

A Pew Research Center survey last week found 66% of Americans are concerned that restrictions will be lifted too quickly, as opposed to 32% who are worried they will not be lifted soon enough. In addition, the survey found most of the country – regardless of party affiliation – believes the worst of the pandemic is yet to come.

US public health experts and many state leaders have continued to stress the importance of social distancing, justifying the measures protesters have taken issue with.

On Monday, Facebook announced it would remove event listings for anti-lockdown protests in California, New Jersey and Nebraska as they violated state government orders.

State governors have also responded to the protesters and Mr Trump’s apparent support.

Republican Governor Larry Hogan of Maryland also weighed in, telling CNN: “I don’t think it’s helpful to encourage demonstrations and encourage people to go against the president’s own policy.”

West Ham are making it impossible to view last season’s exploits as a fluke. On this evidence there is no doubt that […] Joe Biden’s son Hunter Biden will step down from a Chinese-backed private equity firm, his lawyer said in a statement posted to […] 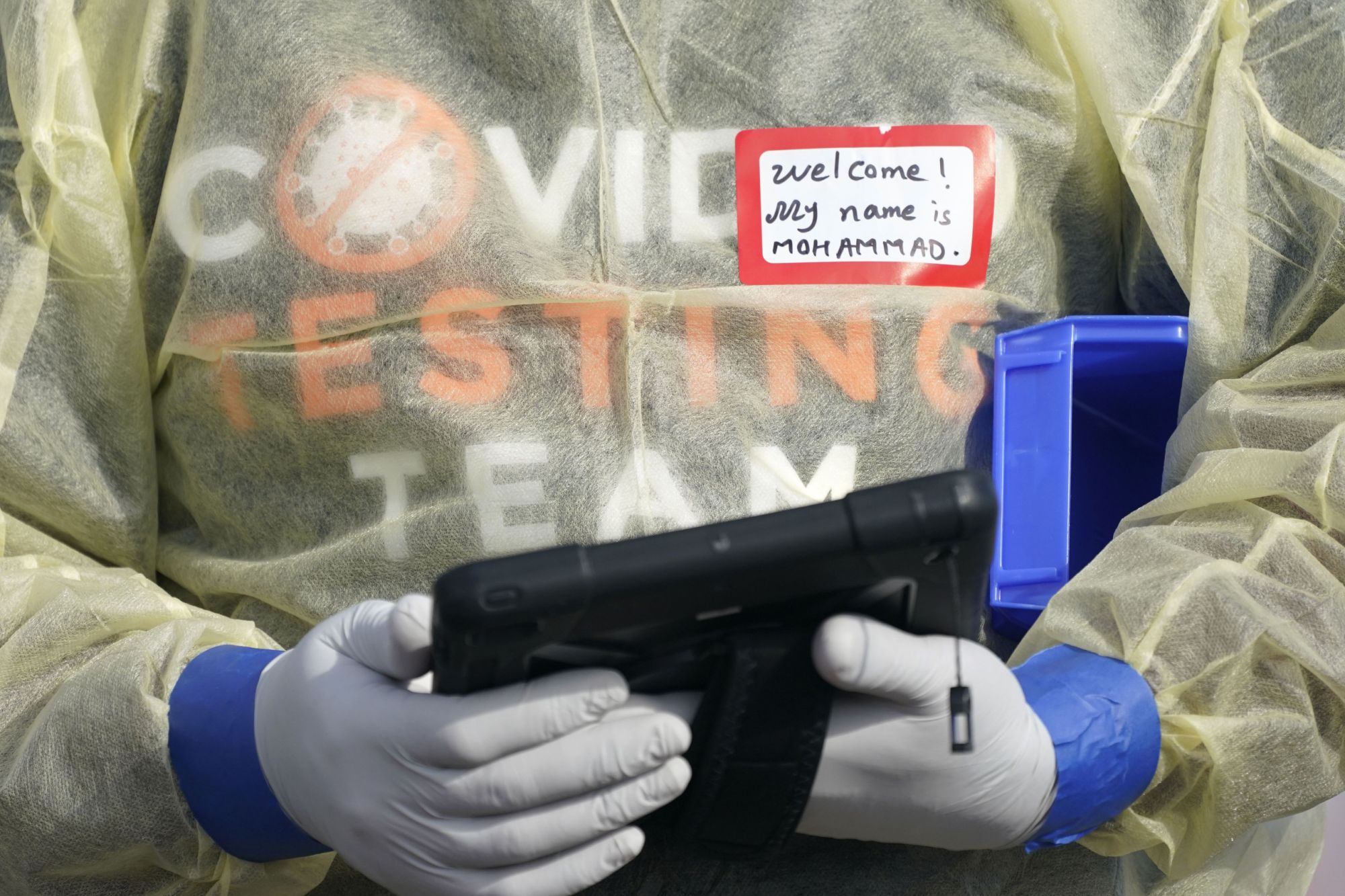 NEW YORK (AP) — The latest surge in U.S. coronavirus cases appears to be much larger than the two previous ones, and […] 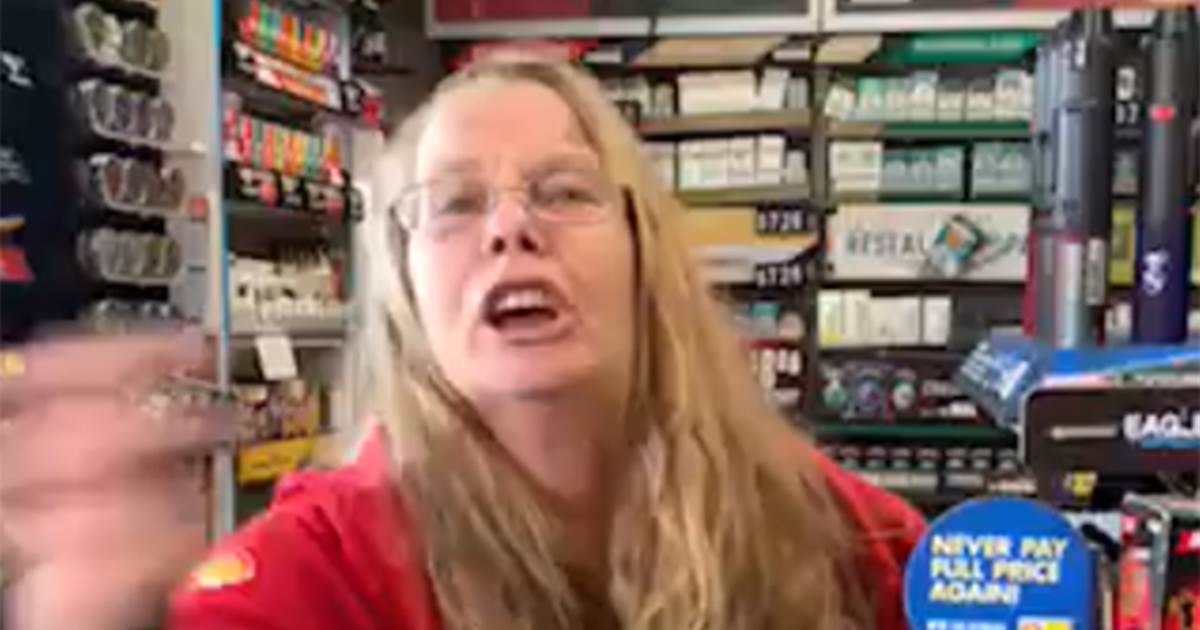