The organisers of the British Grand Prix have confirmed they would host two consecutive races at Silverstone this season if required and are currently discussing the proposal with Formula One Group. Stuart Pringle, the managing director of the circuit, said planning and preliminary preparations have begun towards becoming the first track to host two world championship grands prix in succession.

“We have discussed all sorts of permutations including hosting two races over one weekend and two races over consecutive weekends,” Pringle said. “I have complete confidence in our ability to put on these events. We have a lot of experience, a lot of knowledge, we can turn that on definitely.”

With racing having been cancelled because of the coronavirus outbreak, F1 Group – a subsidiary of Liberty Media – is considering every option, including holding a double-header at the same track, potentially with two races over the weekend of the British Grand Prix, which is scheduled to take place on 19 July. The event at Silverstone, which hosted the first F1 grand prix in 1950, would almost certainly be behind closed doors, and F1 Group’s intent is still to put on as full a championship as possible. Its target is to stage up to 19 races.

“F1 has been working very hard to try and work out what the solution for the world championship is,” said Pringle. “We have been in regular contact with them, and have been asked could we hold a race or two and could they be behind closed doors. The answer is absolutely, we are open to looking into anything and everything.”

The French GP is at present scheduled to be the first of the season on 28 June but it is highly likely to be postponed as the country’s government has banned mass gatherings until the middle of July. The next race is set for Austria on 5 July, two week before the British GP.

F1 Group has stated that the original 2020 calendar is no longer applicable and it is attempting to redraw an entirely new schedule in consultation with race promoters. Committing to beginning the season will be dependent on confidence the new calendar is feasible. Silverstone will decide at the end of April whether to go forward with plans to host the meeting with spectators but the circuit does not need such a long lead time to prepare for closed-door racing.

“I think F1 will make a calendar-wide decision in the earlier part of May,” said Pringle. “They can’t set this ball rolling unless they have a solution that stands a fighting chance of running successfully over multiple races. That timescale would suit us if we didn’t have to put in the infrastructure for accommodating the public.”

Pringle also insisted any decisions would be made with government advice and with public safety paramount. “It’s important any discussion of a return to racing is appropriate,” he said. “Otherwise we risk being a distraction to the main message which is stay at home and we don’t want to do that.” 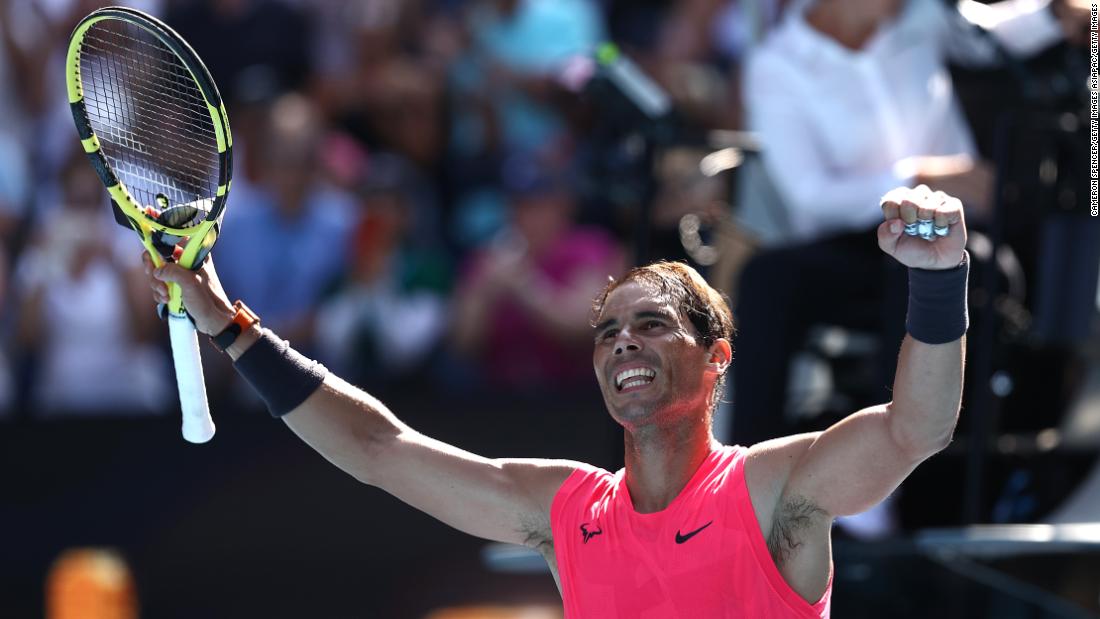 Nadal, whose sole title in Melbourne came in 2009, was tested by the No. 73 despite what the one-sided scoreline suggests. He […]