President Donald Trump said the U.S. has enough testing capacity to allow for a phased reopening of the economy, and that he’s “not happy” with China over the country’s early actions to deal with the coronavirus outbreak.

German infections increased by the most in seven days. The U.K. said it can see early signs of the lockdown working.

Singapore cases had the biggest one-day gain, with foreign workers living in dormitories accounting for most of the infections. Millions of workers in Indonesia plan to stage mass rallies, despite social-distancing orders, to protest against an overhaul of labor-market rules.

Subscribe to a daily update on the virus from Bloomberg’s Prognosis team here. Click VRUS on the terminal for news and data on the coronavirus.

Singapore preliminarily reported a record 942 new virus cases, versus 623 the day before, the country’s health ministry said in a statement. Foreign workers living in dormitories account for the vast majority of the new infections, it said.

A German-operated cruise ship left Western Australia after three weeks, the Associated Press reported, adding that three people died on board of the virus during that time. About 79 crew and passengers aboard the Artania had tested positive.

The ship had been urged to leave Australian waters several week ago amid concerns that an outbreak on board could overwhelm already-strained local hospitals. Its operator Phoenix-Reisen GmbH had refused to do so so it can first determine whether any more people on board are infected, and wanted the vessel to be thoroughly cleaned, the Australian Broadcasting Corp. reported on April 1.

U.S. President Trump is “a danger for people’s health, not just in his own country,” according to the parliamentary leader of German Chancellor Angela Merkel’s junior coalition partner.

Trump “has done many things wrong and too late and is focusing only on his own performance,” Social Democrat caucus chief Rolf Muetzenich said in an interview with Der Spiegel magazine. “If he withholds funding for the WHO, he only wants to distract attention from his own mistakes.”

German New Virus Infections Increase by the Most in Seven Days (2:08 p.m. HK)

The number of confirmed coronavirus cases in Germany increased at a quicker rate for a third day and by the most in seven days as the nation prepares for a relaxation of some restrictions on public life.

There were 3,699 new infections in the 24 hours through Saturday, taking the total to 141,397, according to data from Johns Hopkins University. The pace of increase in new cases had declined steadily for six days until Thursday from a peak of 5,633 on April 9.

The number of fatalities rose by 300 to 4,352, while 83,114 people have recovered from the disease, more than in any other country, including China where the outbreak originated.

Indonesia has extended stricter social-distancing rules to millions of people living on the main island of Java, and in West Sumatra, as the nation strives to stem a spike in coronavirus cases.

Large-scale social restrictions will be put in place across five regions in West Java that collectively house almost 9 million people, Health Minister Terawan Agus Putranto said. A similar order has been given for Tegal, a city in Central Java, and for the province of West Sumatra. Putranto noted a significant increase in the spread of Covid-19 cases in these areas.

There were 407 new infections in Indonesia on Friday, the biggest daily increase, taking total confirmed cases close to 6,000.

China’s catering industry was one of the biggest drags on output in the first quarter, leading the world’s second-largest economy into its first contraction in decades as the coronavirus brought business to a near standstill.

The accommodation and catering industry fell 35.3% from a year earlier, reversing a 6.2% increase in the previous quarter, the statistics bureau said Saturday in a supplemental report on gross domestic product.

Millions of workers in Indonesia are planning to break social distancing rules to stage rallies across the country on April 30 in protest over an overhaul of labor-market rules, according to the Jakarta Post newspaper.

Labor unions say changes to the labor rules, contained in a so-called omnibus bill currently being considered by lawmakers, legitimize the exploitation of workers. President Joko Widodo had put the bill forward as an essential reform even before the virus hit as he sought to appease those who see the labor law and generous severance pay conditions as a major barrier to investment.

“The option is either to die from the coronavirus for joining a rally or die of starvation from having nothing to eat,” the paper cited Inter-Factory Laborers Federation chairwoman Jumisih as saying.

Son said on Twitter the situation will be prolonged because the government’s emergency declaration was incomplete, and testing and quarantine measures were being implemented too slowly. The infected who have yet to show symptoms continue to commute on trains and buses, and the virus is spreading to families, he said.

Confirmed coronavirus cases in Mexico rose by 578 to 6,875, Health Ministry official Jose Luis Alomia said at a press conference. The death toll in the country increased to 546.

President Donald Trump said there’s enough coronavirus testing capacity to put in place his plan to allow a phased reopening of the economy, even though some state officials and business leaders have raised alarms about shortages.

Business leaders and lawmakers told Trump in phone calls this week that the U.S. must increase its testing capacity before attempting to reopen the economy. Trump also tweeted on Friday that “the States have to step up their TESTING!”

In many parts of the country, health officials say adequate levels of testing still haven’t been reached. California has been especially hamstrung, reporting more than 7,000 backlogged tests on Friday despite massive pushes to process more tests.

President Donald Trump announced a $19 billion bailout package for farmers hurt financially by the coronavirus crisis. The aid plan includes government purchases of meat, dairy products and other foods to bolster prices, along with direct payments to farmers to boost their income, the president said Friday at a White House briefing.

Governor Tim Walz of Minnesota, a state that President Donald Trump tweeted should “liberate,” said he agrees with the president’s desire to reopen business but won’t endanger residents by acting recklessly.

Reopening too soon would be a costly mistake not only for state residents but the nation’s food supply, Walz said. Several Midwest meat packers and processors reported some of their workers have tested positive for Covid-19, but the facilities are still open and operating in part because providing food for the nation is considered essential.

“We have to help feed the world. Because I’m telling you this thing gets really ugly if we have to send people back” to work sick, Walz said. “We’ll see the shortages in the grocery stores.”

Counties across the San Francisco Bay area mandated face coverings for the public when leaving their households. The masks must be worn shopping, in public transportation or while working at essential jobs. The rule in San Francisco takes effect Saturday but won’t be enforced until April 22 to give residents time to obtain coverings.

Nearly 40% of coronavirus-related fatalities in New Jersey have taken place at nursing homes, according to data newly disclosed by state officials.

Outbreaks have been reported at 394 of the state’s 503 long-term care facilities, which include nursing, assisted-living and dementia-care homes. Those facilities have recorded 9,094 cases and 1,530 deaths, the data show. New Jersey, the hardest-hit U.S. state after New York, has reported a total of 3,840 deaths statewide. 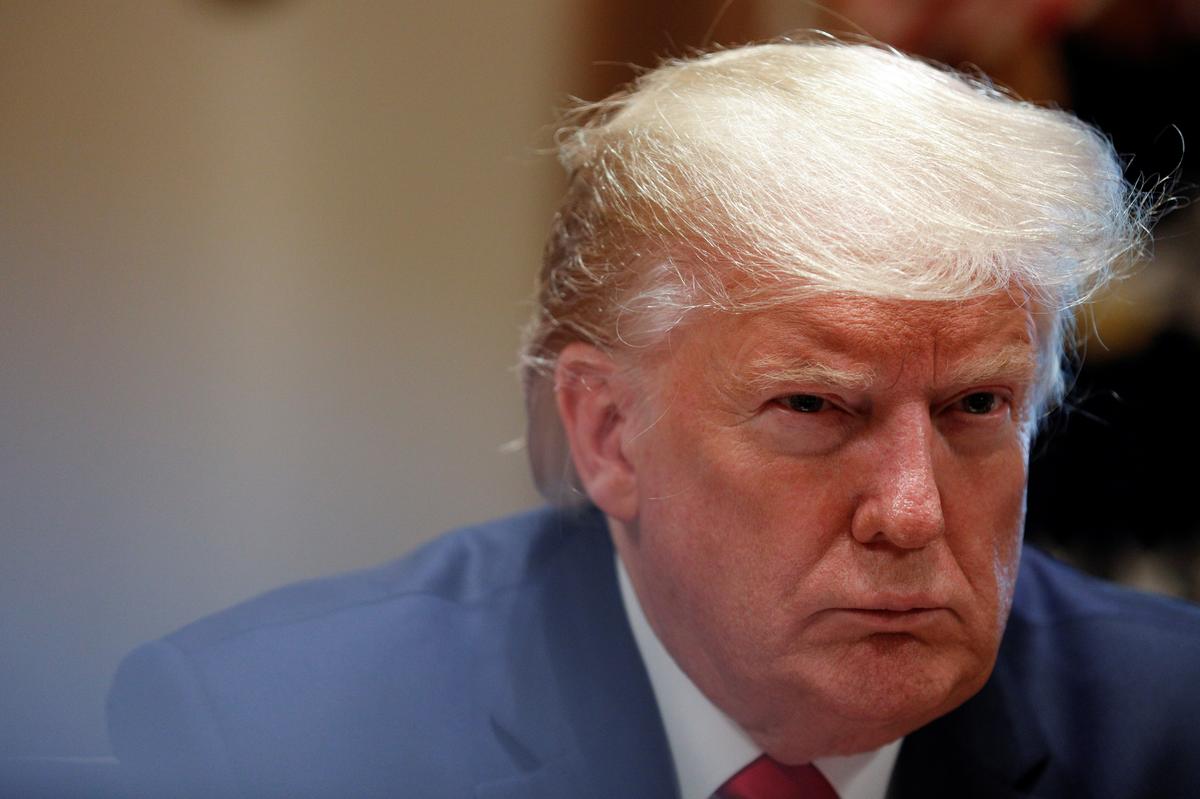 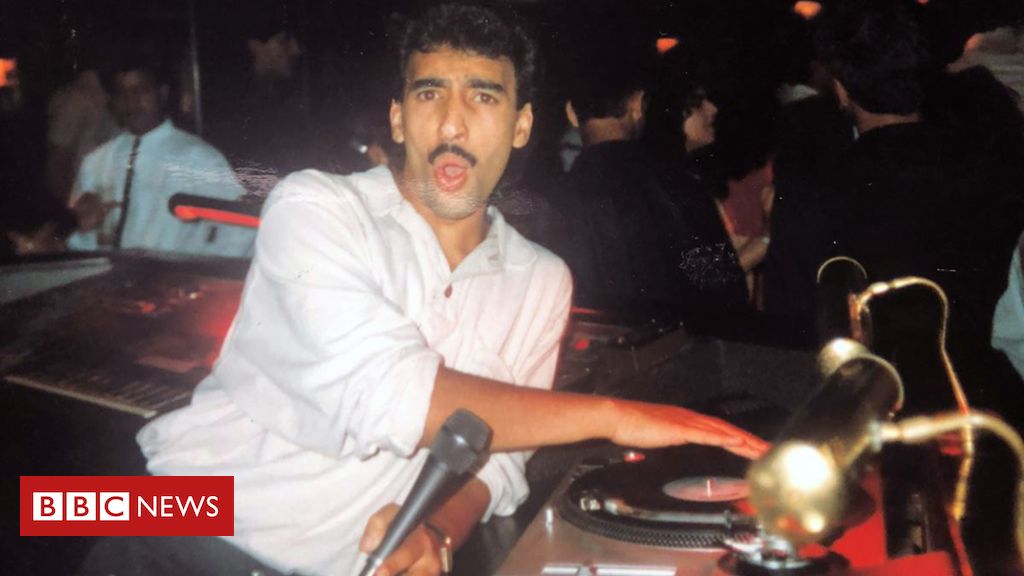 Image copyright Moey Hassan In the 1980s, many British South Asian teenagers were expected to spend evenings at home, so an underground […] 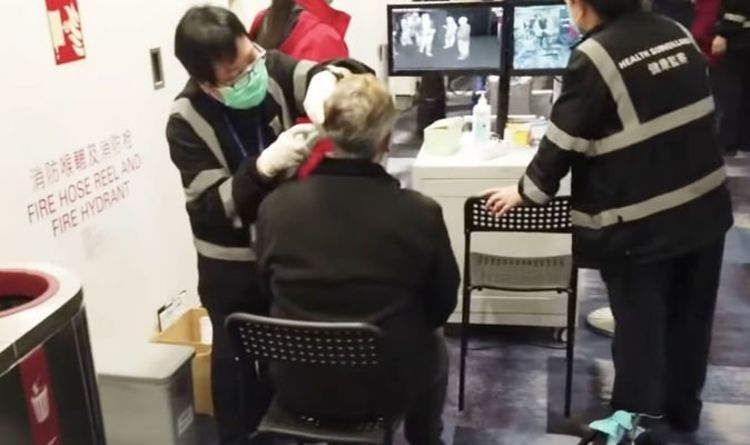