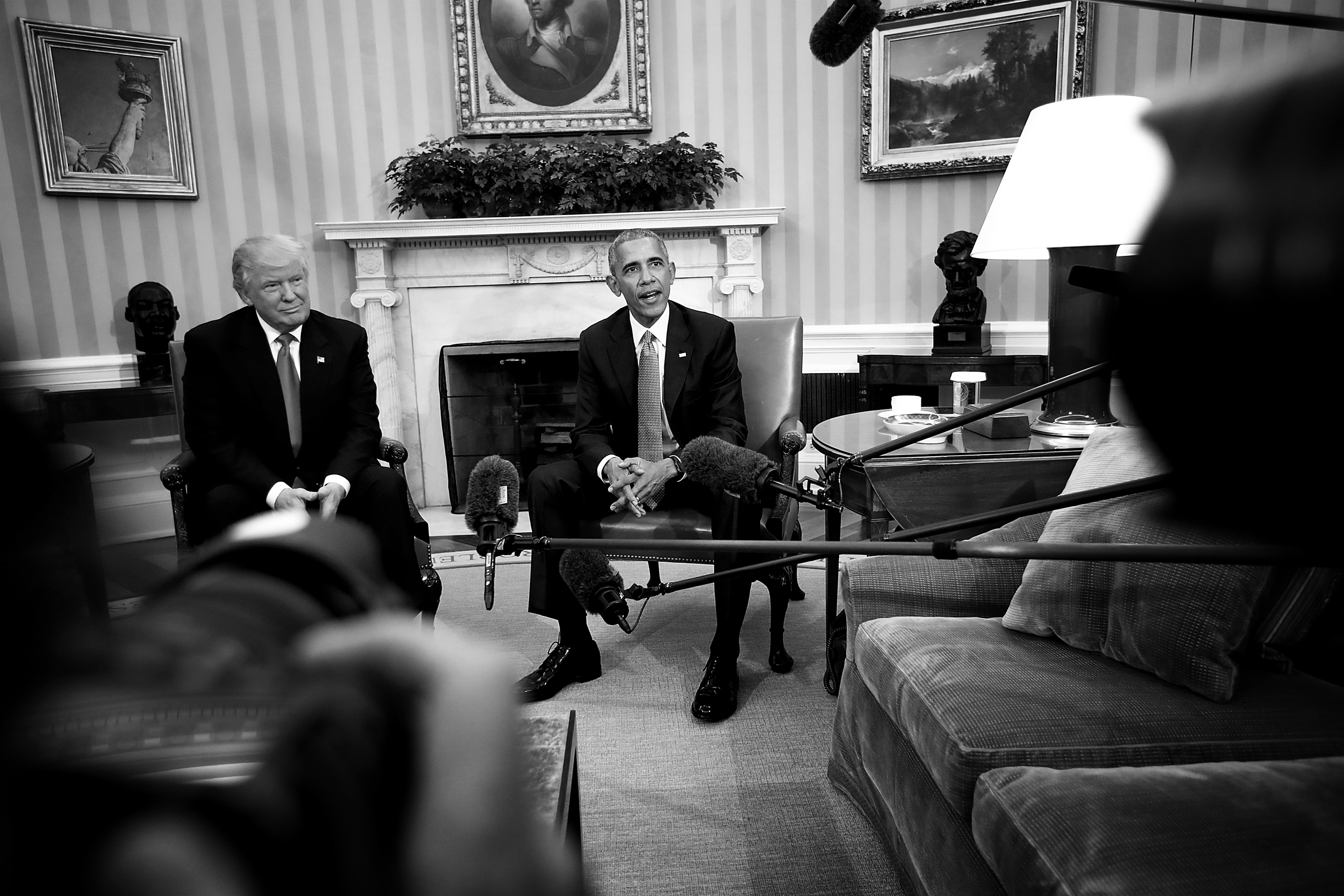 WASHINGTON — The tea party of the left never materialized.

While the election of Barack Obama triggered a takeover of the Republican Party by its more radical elements and eventually paved the way for Donald Trump, Democrats have taken a different route during his presidency and mostly defeated their populists at the ballot box.

The collapse of Bernie Sanders, who ended his presidential bid on Wednesday, served as the latest example of the Democrats rejecting calls for a political revolution. It followed a series of intra-party races since 2018 that have, with some prominent exceptions, been dominated by moderate Democrats in the mold of apparent nominee Joe Biden.

The different trajectories highlight an asymmetry between the two parties and shed light on why Democrats have avoided the ideological takeover by their base that Republicans succumbed to in the Obama era. Democrats are riven by a generational divide between younger progressives and older moderates that isn’t mirrored on the Republican side. The GOP base is more homogeneous and its older voters embraced the disruptive approach of the hard right.

The election of Obama fueled demographic fears about a rising coalition of social liberals and racially diverse voters, triggering a primal dissatisfaction among conservatives with party leaders they saw as failing to fight hard enough. That atmosphere was ripe for a blustery outsider like Trump, who they embraced as a wrecking ball. After he took office, Democrats similarly faced calls from their activists to remake the party in a populist image, but they decided not to heed them.

The narrative of a left-wing equivalent of the tea party “was overstated,” said Lis Smith, a Democratic strategist and an architect of Pete Buttigieg’s come-from-behind victory in Iowa.

“What we saw in the 2018 election is that Democrats won on progressive platforms but they were nowhere near the plank of Bernie Sanders or the Democratic Socialists of America. That’s not where voters are. That’s not where all but a few of the new members of Congress are politically,” she said. “The media is obsessed with covering people like AOC but the reality is most of the Democratic Party is more like Chrissy Houlahan.”

‘Too dumb to see the truth’

Progressive strategist Karthik Ganapathy attributed the Trump-era left’s comparably fewer successes to the fact that it lacks the money or powerful media vessel the right had to advance its agenda.

“There is no Fox News of the left. And the tea party is better funded. FreedomWorks and Justice Democrats don’t operate on the same footing. That’s a really core difference,” he said, referring to the conservative and progressive activist groups. “If you’d had a similar funding scale on the left as you had on the right in the wake of Obama’s election, you might be seeing 20 AOCs in the House. And all of a sudden you have a Freedom Caucus.”

That level of funding and organization creates a different attitude within each party toward its activists, he said.

“The Republican establishment is really scared of its base. Democrats are disdainful of theirs,” Ganapathy said. “If a conservative group starts to go after a senator they respond with real fear. The Democratic establishment’s approach is to say you’re too dumb to see the truth.”

While no credible tea party candidate emerged in 2012, leading to the presidential nomination of Mitt Romney, the project continued up and down the ballot and culminated in the election of Trump four years later.

But Democratic voters in Trump-era primaries have overwhelmingly chosen candidates styled more as pragmatists than ideologues, such as Michigan Governor Gretchen Whitmer, who defeated a Sanders-backed progressive, and new House members from California to Maine. Moderate Democrats coasted in Senate primaries and some incumbents even went unchallenged.

The left’s electoral successes in recent years have peaked in some House primaries in safe blue districts, such as the Bronx with Alexandria Ocasio-Cortez and Boston with Ayanna Pressley in 2018, and the ouster of an anti-abortion Illinois congressman last month. But liberal challengers had little success in other House races or contests for higher office.

Last month, Texas’s Henry Cuellar, one of the House’s most conservative Democrats, defeated Sanders-backed Jessica Cisneros. And the rapid Democratic consolidation around Biden that stopped a surging Sanders was the clearest indication that the party establishment is winning the power struggle against the left.

The GOP divide between its moderate and conservative wing was mostly about tactics. The Democratic primary in 2020 revealed a range of ideological disagreements in the party, most notably on voters’ No. 1 issue of health care: whether to keep and expand Obamacare or put everyone in Medicare.

“The Republican establishment and tea party were not that far apart on policy and ideology, whereas there is some of that on the Democrats,” said Brendan Steinhauser, a GOP consultant who has worked on both sides of the divide, for the tea party group FreedomWorks and for establishment Republicans. “There are socialists. There is more of a disparity there.”

Sometimes the tea party went overboard by nominating fringe candidates like Delaware’s Christine O’Donnell and Indiana’s Richard Mourdock for otherwise winnable seats that the party ended up losing. But overall their successes at purifying the ranks are the envy of many progressive activists.

Steinhauser said the tea party was effective because it highlighted issues that united the party, like cutting domestic spending and opposing Obamacare, and downplayed divisive ones at the time such as immigration. The activist left has instead played up issues that split Democrats, like single payer and a Green New Deal, which have drawn a backlash from older, suburban and moderate voters.

“The far left or progressive left — they’re not learning that lesson. Focus on the things that unify you,” Steinhauser said. “Win first, then push the Congress and president on your left-wing agenda.”

The generational schism runs deep. Democrats under 45 overwhelmingly voted for Sanders over Biden until the bitter end even as other blocs switched. They were outnumbered by older voters, but as the years go by and they replace Baby Boomers at the ballot box, some say liberals will have their moment.

“The ascendant Bernie-AOC wing of the Democratic Party truly is the future. It’s just a matter of how quickly the transition comes,” Ganapathy said. “The fact that it didn’t happen in the year 2020 is not determinative of whether it will ever happen.”

Tim Crow, a sports marketing consultant who advised Coca-Cola on football sponsorship for two decades, said: “I haven’t had this many calls […] 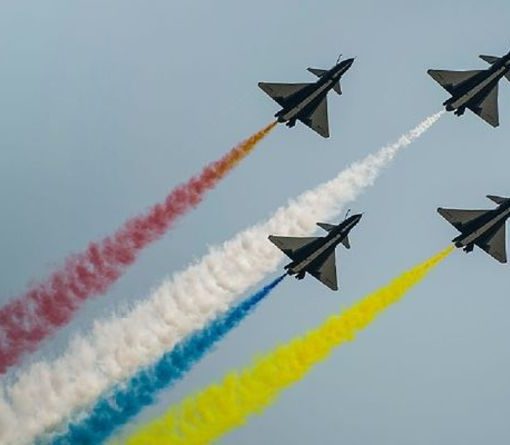 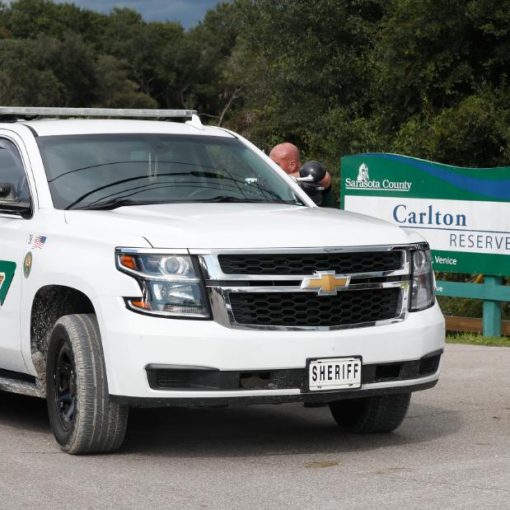 The risk appears small but potentially higher for younger age groups. News of the possible side effect has dealt a blow to […]