A record 1,858 deaths were reported in just one day Tuesday, according to Johns Hopkins.

New York Gov. Andrew Cuomo told reporters Wednesday that there were 779 coronavirus-related deaths across the state Tuesday. It was the highest number of deaths reported in one day by New York officials.

Researchers say the peak has yet to come. The US will reach its highest daily number of deaths on or around Sunday, according to modeling by the Institute for Health Metrics and Evaluation at the University of Washington in Seattle.

The projections also suggest the US will reach its peak use of resources — such as hospital beds and ventilators — on or around Saturday.

But there’s a bit of good news: The modeling shows fewer people will die from coronavirus than previously predicted.

On Tuesday, the IHME estimated about 82,000 people will die from coronavirus disease by August. On Wednesday, that estimate was lowered to 60,415.

Still, that’s little consolation to the countless families grieving for loved ones who often die alone in hospitals.

And the actual number of deaths could be higher than we know.

Some deaths due to Covid-19 “may be misclassified as pneumonia deaths in the absence of positive test results,” the Centers for Disease Control and Prevention said.
The virus has claimed victims from virtually all demographics, including the young and healthy. But data shows black people are dying from Covid-19 at a disproportionately high rate.

While there have been signs that the number of cases in New York and some other hotspots are leveling off, officials are concerned about other cities.

On a conference call with House Democrats, Dr. Deborah Birx said the Philadelphia and District of Columbia areas are expected to be the new hot spots, according to a source on the call. She said that they also are carefully watching the Houston area, one of the most populous regions in the country.

In Louisiana, African Americans make up 32% of the state’s population — but more than 70% of state’s coronavirus deaths.

In Chicago, about 72% of coronavirus deaths are among black residents, who make up just 30% of the city’s population.

Even worse, widespread job losses during this pandemic have hurt black and Hispanic workers at a higher rate — meaning medical care for them is less affordable.

“It always seems that the poorest people pay the highest price. Why is that?” Cuomo said.

“Let’s learn from this moment,” Cuomo said. “We’re going to do more testing in minority communities, but not just testing for the virus. Let’s actually get more research and data that can inform us.”

“This is a real problem, and it’s showing up very strongly in our data — on the African American community. And we’re doing everything in our power to address this challenge. It’s a tremendous challenge. It’s terrible.”

Millions of Americans are suddenly unemployed

More than 6.6 million US workers have filed for their first week of unemployment benefits as coronavirus cripples the economy.

In New York, the state with the most cases and deaths, officials estimate a loss of $10 billion to $15 billion in revenue. Cuomo announced those who have filed unemployment claims will receive an additional $600 a week to try to make ends meet.

Tennessee has seen a “record spike” in unemployment claims of more than 250,000 in the last three weeks, Gov. Bill Lee said.

In Oklahoma, about 135,000 residents filed for unemployment, the Oklahoma Employment Security Commission said.

In West Virginia, Gov. Jim Justice said an additional $600 would be distributed to those who lost their jobs.

Vaccines typically take years before they’re publicly available, but officials are racing to develop one for Covid-19 as quickly as possible.

Dr. Anthony Fauci, the director of the National Institute of Allergy and Infectious Diseases, said it might be possible to have a coronavirus vaccine in 12 to 18 months, but some experts say that timeline is risky.
One vaccine trial administered its first dose last month, and now another vaccine trial has started.

Biotechnology company Inovio started a Phase 1 clinical trial this week and estimates that will be finished late this summer, a spokesperson for Inovio told CNN.

“We anticipate rapid enrollment of this initial study,” said Dr. Pablo Tebas, an infectious disease specialist at the Hospital of the University of Pennsylvania and the study’s principal investigator.

“There has been tremendous interest in this vaccine among people who want to do what they can do to help protect the greater public from this pandemic as soon as possible.”

A source who was on the call with House Democrats told CNN that officials committed to making all vaccines and tests for the disease available to everyone, including those who cannot afford it.

In the meantime, the US Food and Drug Administration expedited the use of blood plasma treatment for seriously ill patients last month.
This week, Jason Garcia — a man who recovered from coronavirus — was told his plasma donation has been distributed so the antibodies he developed can help another patient do the same.

Garcia said doctors told him a patient had since improved.

When can students go back to school?

Several states have closed schools for the rest of this academic year. Now many parents are wondering whether they students can go back to class in the fall.

Fauci said it’s still too early to know, but he’s optimistic the country will be in better shape by the next school year.

“I fully expect, though I’m humble enough to know that I can’t accurately predict, that by the time we get to the fall that we will have this under control enough,” he said.

But the reopening of schools will likely depend on how soon coronavirus cases start to dwindle and how well the US can identify those with the disease or who have recovered from the disease, including those who were asymptomatic.

Knowing who is protected and who is vulnerable will help communities make decisions about using classrooms again.

“My optimistic side tells me that we’ll be able to renew to a certain extent, but it’s going to be different,” Fauci said. “Remember now, because this (disease) is not going to disappear.” 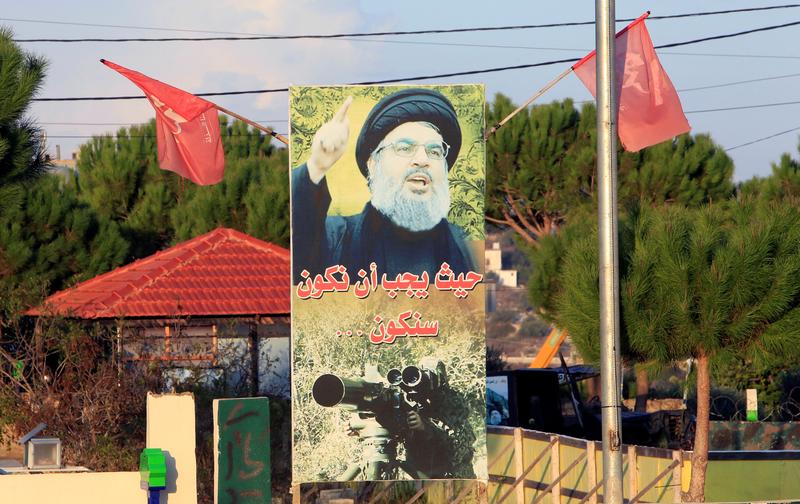 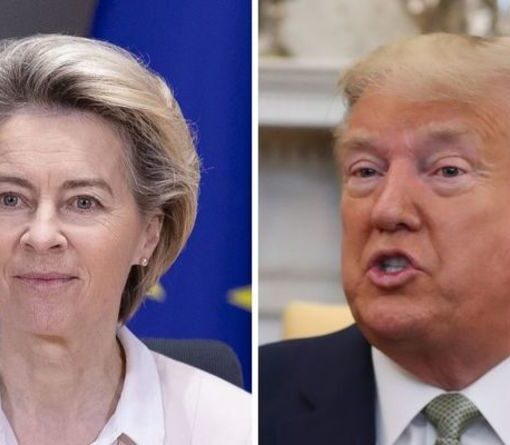 Due to the EU imposing “unfair” tariffs on US products, the Trump administration has announced it will strike back with similar measures […] 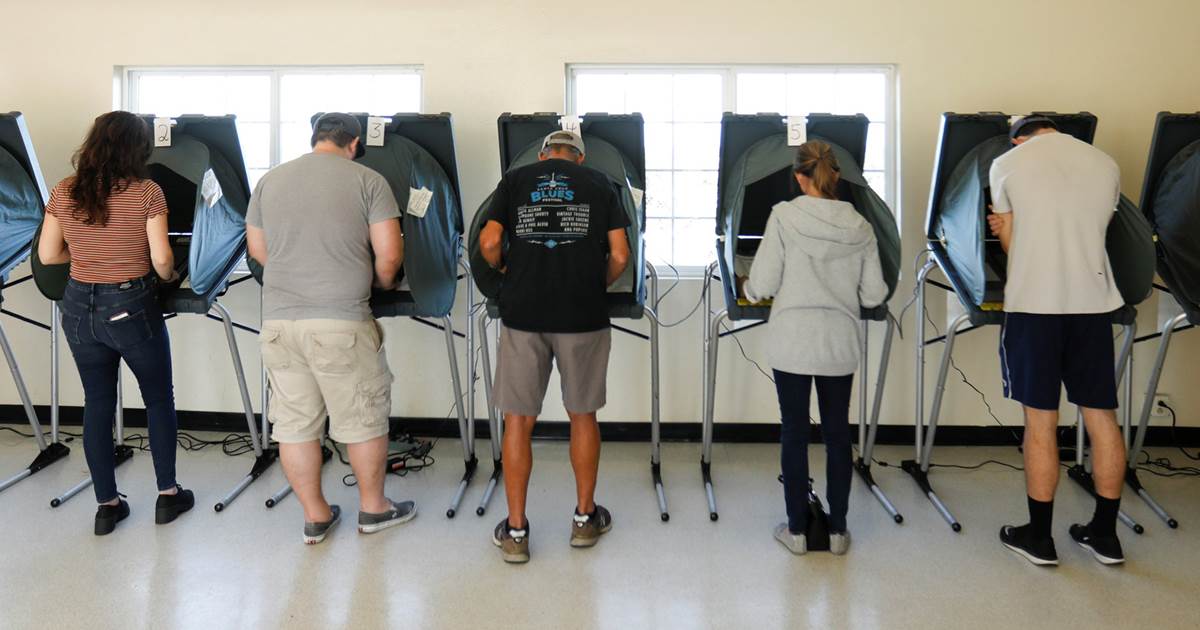 Some votes for the next president could be cast using smartphones and blockchain technology if an ambitious project gains traction. But experts […] 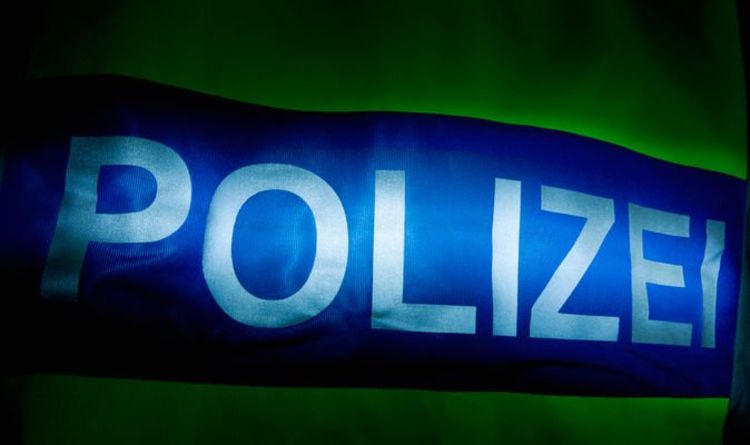 Prosecutors said the men were held in a series of dawn raids in western and southern parts of the country. One of […]