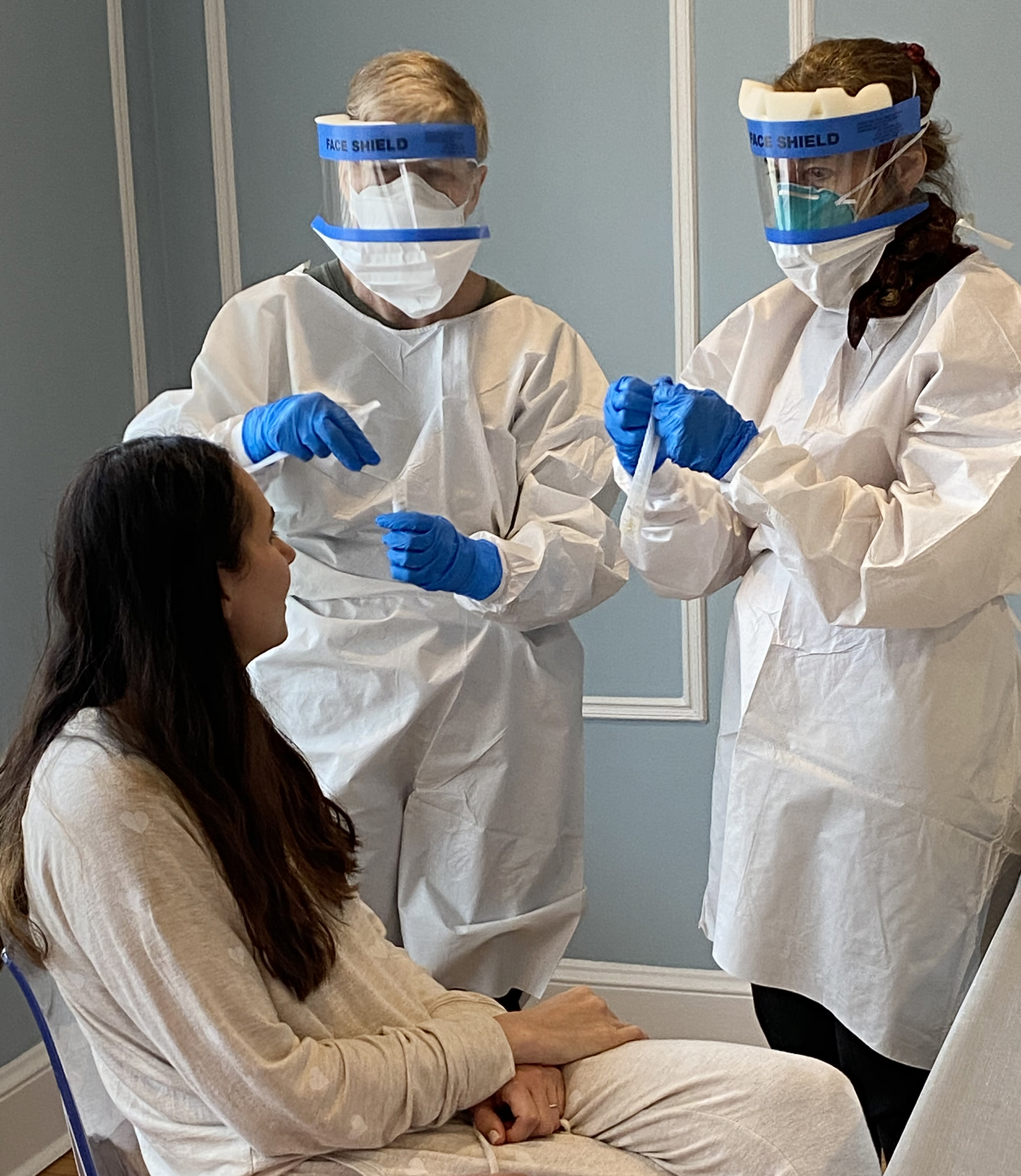 As patients with COVID-19 continue pouring into emergency departments and intensive care units across the nation, an old treatment that has been adapted for a new disease is now being tested in New York.

In the past few days, the Mount Sinai Hospital System has injected more than 20 very sick coronavirus patients with a “convalescent serum” based on the blood plasma of individuals who have already recovered from the disease.

One of the first recovered patients to donate, 37-year-old Danny Riemer of New Rochelle, N.Y., said he and his wife feel “blessed” that they are now healthy and can volunteer their plasma to help others. “And despite the fact that we did have the virus our thoughts are really with others, the people who are still fighting the virus, the people who have had much more serious cases than us.”

“We have so many patients who are sick,” said Dr. Jeffrey Jhang, the medical director of clinical laboratories and transfusion services for the Mount Sinai Health System in New York. “We are crossing our fingers that this will be a gamechanger and really accelerate the recovery of these patients.”

As first reported in a series of stories by NBCNews.com, Dr. Arturo Casadevall at Johns Hopkins in Baltimore has spearheaded a nationwide effort to develop a plasma treatment for coronavirus.

The National COVID-19 Convalescent Plasma Project is a consortium of more than 40 of the nation’s top health institutions across 22 states looking to collect blood plasma from recovered COVID-19 patients to assist in treating those currently ill with the disease or perhaps prevent others, like front-line medical workers, from getting the virus at all.

Convalescent plasma therapy, which involves collecting antibodies from the blood of recovered patients, is nothing new. It had previously been used to treat the 1918 and 1957 flu epidemics as well as SARS, H1N1, Ebola and most recently, was used to treat some COVID-19 patients in China.

But in recent weeks microbiologist Dr. Florian Krammer and his team at Mount Sinai’s Icahn School of Medicine have made a breakthrough in COVID-19 antibody testing.

“While other tests measure whether the antibody is there or not, our assay can also measure how much of the antibody is there,” said Jhang. “And that’s important because we can identify those donors with a high amount of antibody who would most likely benefit the patients receiving this plasma.”

The more antibodies, it’s thought, the greater the boost to the treatment’s efficacy.

Jhang said the hospital is currently using an Emergency Use Authorization from the U.S. Food and Drug Administration’s (FDA) to conduct the tests but that the agency has discussed issuing a formal protocol so that more hospitals can use Mount Sinai’s test.

When it comes to executing the practice on a wide scale, Jhang said part of the challenge lies in waiting for enough COVID-19 patients to fully recover, develop an immune response and screen them. Each donor provides the equivalent of four doses of plasma. At Mount Sinai, two doses are being given to the sickest patients. In the past few days, Mount Sinai has given more than 20 very sick patients the plasma of those who recovered.

Dr. Jhang said that when Mt. Sinai put out the call for plasma donors, contacting recovered patients and emailing its 40,000 staff, nearly 10,000 people volunteered to help within a couple of days. While it turns out not all who volunteered actually had the disease, the hospital staffers are currently sorting out the able from the willing, the response was heartening.

Danny Riemer was one of the first patients to answer the call.

“I think that for people who have recovered from the virus and are thinking about what they could do to help, this is probably the least heroic way possible to be a hero,” said Riemer. “It’s almost as if a survivor is able to pass the life raft on to the next person who needs it.”

Riemer and his wife Sheera, 35, received a notice in early March that they may have been exposed to an individual who tested positive for the deadly virus. They were told by the New York State Department of Health to self-isolate and within days began to develop symptoms. They both tested positive, but only experienced “mild symptoms” that required no hospitalization. They recovered at home with their three kids — none of whom got sick.

Danny and Sheera heard about the project at Mount Sinai through a family friend. Danny said the moment they were released from quarantine, he and his wife went to get tested for the program.

After receiving news that Riemer’s COVID-19 test showed he was no longer sick and that his antibody test resulted in a high return, late last week, he was able to donate plasma. “It was simple. There was a needle put into my arm. The machine did its job. And I caught up on work and just kind of relaxed there,” said Riemer.

Sheera was initially not eligible as her nose swab was still coming back positive for the disease. This week, on her fourth attempt, she was found to be free of COVID-19, but is waiting to hear if she has enough antibodies to be a donor.

The researchers and practitioners who make up the National COVID-19 Convalescent Plasma Project are working to determine which patients would be the best candidates to receive the convalescent plasma, said Dr. Michael Joyner, one of the leaders of the project, who is a professor of anesthesiology at the Mayo Clinic School of Medicine.

“So I tell people, we’re trying to help the frontline people put a finger in the dike,” he said. “And then we’re waiting also for the biotech and vaccine cavalry to arrive.”

Just last week, doctors at The Mayo Clinic in Rochester, Minnesota, conducted their first convalescent plasma donation from a person who has recovered from COVID-19. That plasma is most likely headed to a patient they hope to keep out of the ICU.

Joyner notes that The Mayo Clinic is in a unique position. “The pandemic is a little late to get to us,” he said. “As opposed to a week or five days away from the peak here, we’re probably two or three weeks away from the peak. So we have time to plan.”

But Joyner says the treatment’s implementation is already taking place at record-speed given the demand for an innovation that may mitigate the effects of infection.

Last Friday, the FDA approved a clinical trial allowing researchers at Johns Hopkins to prophylactically test how convalescent plasma could possibly be used to boost the immune systems of those like frontline healthcare workers who are at a high risk of exposure to COVID-19.

“This is a process — done under normal times, would probably take about 18 months from start to finish, as things are done in series,” he said. “Because we’re doing them in parallel, we’ve been able to do them somewhere between eight and 18 days.”