WASHINGTON — More than two months into what President Donald Trump calls a “war” against COVID-19, his administration’s efforts to combat the deadly disease and its disastrous effects on the U.S. economy are often creating more problems than they solve.

Bidding wars for life-saving equipment, a power struggle between Trump’s son-in-law and the vice president, political gamesmanship, the centralization of authority and decentralization of accountability, and the creation of new government programs while standing bureaucracies are ignored, have all contributed to chaos within the political, economic and health care systems.

Banks haven’t been able to process loan applications for a new Small Business Administration relief program, companies trying to produce personal protective equipment for medical professionals can’t get the Federal Emergency Management Administration’s attention, and doctors and ventilators at ambulatory surgery centers idled by a soft moratorium on elective operations are on the sidelines.

Those problems are minor compared to the crunch of rising coronavirus cases, the scarcity of ventilators and the possibility that trillions of dollars in aid won’t be enough — or well-directed enough — to prevent a catastrophic economic collapse.

It all adds up to a sense that no one is really in charge in the midst of the most daunting crisis the nation has faced in generations.

“This country is re-learning what it understood during the Cold War — we don’t elect presidents for the good days, we elect them to handle the bad days,” said Rep. Eric Swalwell, D-Calif. “Donald Trump is incapable of handling a bad day, let alone a protracted pandemic.”

The composite sketch drawn from interviews NBC conducted in recent days with more than a dozen individuals involved in various aspects of the crisis reveals a fight for mortal and economic survival in which men and women, states and cities, and hospitals and businesses of all kinds have been left without sufficient support, even at a time when Congress and the Federal Reserve are pumping cash into the system and many businesses who want to provide assistance have found they can’t connect with federal agencies.

Many of those who spoke to NBC did so on the condition of anonymity to avoid angering the president, or because they weren’t authorized by their employers to talk publicly, and some only provided details on small pieces of the puzzle. Their slices of the world represent Democratic and Republican politics, federal, state and local government, large and small businesses, the health care system and various parts of supply chains that have been broken or bent under the weight of tremendous financial strain and wildly variant demand for an array of goods and services.

Some praised aspects of the president’s efforts, including cracking down on hoarding and price-gouging, encouraging Americans to stay at home to prevent the spread of the disease, and using some of his hard and soft power to procure medical equipment from private companies.

But taken together, their stories reveal that ill preparation for the pandemic has been compounded both by policies that have been implemented and by the Trump administration’s inability to coordinate the distribution of health care assets — from ventilators, masks and gloves to available doctors — and the effort to backstop an economy suddenly thrust into reverse.

More than three years into his tenure, Trump has blamed his predecessor, Barack Obama, for a barren national stockpile of needed medical equipment and at the same time said that the federal government should not be relied upon as a supplier.

“The states should have been building their stockpiles,” he said at a White House press briefing this week. “We’re a backup. We’re not an ordering clerk.”

He also invited his son-in-law, Jared Kushner, to speak about the response for the first time, acknowledging the prominent behind-the-scenes role Kushner has taken in recent days on a task force that had been the domain of Vice President Mike Pence.

“I’ve been serving really at the direction of the vice president and he’s asked me to get involved in different projects,” Kushner said in response to a question about reports that he is running a “shadow” task force parallel to Pence’s effort.

The biggest issue on the front lines of the coronavirus fight is scarcity. On its own, that’s not a problem of Trump’s making, but it has been exacerbated by his insistence that states and cities compete with the federal government and private-sector buyers, including deeper-pocketed hospitals, for test kits, ventilators, masks, gowns and other items.

The truth is, there’s not much equipment out there to be had. Much of the personal protective gear used in the United States is manufactured in China, where coronavirus devastated production months ago.

On top of that, rising demand and the waiver of some federal rules for protective gear has inspired the development of a very hot “gray market” for the goods in which there’s less quality control, buyers are often unfamiliar with sellers or brokers as they are inundated with solicitations, prices have skyrocketed, and orders are frequently canceled at the last minute, according to several people involved in bidding for the equipment. That can mean losses in terms of the opportunity cost of bidding teams’ time, money thrown away or, even worse, the risk of outfitting emergency medical personnel with substandard equipment.

Of course, any president would have been challenged by the enormity of this crisis, and Trump has found ways to show glimmers of creativity with the resources available to him.

For example, the federal government is now underwriting the cost of flying personal protective equipment in from overseas to deliver them to private buyers in exchange for the right to identify which counties get 50 percent of the materials first, a Federal Emergency Management Agency spokesman said in an email exchange about the “Project Airbridge” program.

If he chose to, Trump could invoke the Defense Production Act to take and allocate 100 percent.

Facing pressure, he issued an order Friday designed to get 3M, the Minnesota-based manufacturer of the N-95 face mask, to ship protective gear made in foreign countries to the U.S. and stop sending U.S.-made goods to other countries. The order states that when it comes to equipment needed in the COVID-19 fight, “it is the policy of the United States to prevent domestic brokers, distributors, and other intermediaries from diverting such material overseas.

Often, the president chooses to highlight how he has convinced personal friends, political allies or people with business before the federal government to pitch in. On March 30, he held a Rose Garden press conference in which several CEOs spoke about their efforts to provide tranches of personal protective equipment. One of them, MyPillow founder Mike Lindell, has donated more than $200,000 to Trump’s campaigns and affiliated committees.

Another CEO, Greg Hayes of United Technologies Corporation, announced the donation of 1.1 million pieces of personal protective equipment to FEMA, some of which was originally designated the previous week. UTC’s long-pending merger with the defense contractor Raytheon had been approved by Trump’s Justice Department four days before the Rose Garden event.

More often than not, reports from around the country and across sectors of the economy show inefficiency from the federal government at best and incompetence at worst. In some cases, the administration’s actions may have had unanticipated downsides.

U.S. Surgeon General Jerome Adams’ admonition to limit elective surgeries was the right call but has hammered ambulatory surgery centers, just like stay-at-home guidelines have had a painful effect on health care providers who are not involved in the coronavirus fight more broadly, according to Jim Rechtin, CEO of Envision.

His company, which operates more than 250 ambulatory surgery centers and employs 27,000 clinicians, including 11,000 who work in emergency rooms, has ventilators on hand and doctors who are able to travel to work with coronavirus patients. He’s looking for ways to get ventilators to hospitals — despite his concern that they won’t be replenished — and clinicians need to be paid.

“It’s a mismatch of supply and demand — part of that is coordination and part of it’s the financial support to make it happen,” he said, adding that there are “signs that there is early activity in this area but we could use more, faster.”

Two people who spoke to NBC on the condition of anonymity said that FEMA isn’t responding to requests from companies looking to supply goods for the coronavirus fight. The emergency management bureau’s regional offices are well-schooled in disaster response, but the White House has basically thrown that organizational structure out the window in favor of centralizing power. Trump has also chosen not to use established logistics chains at other agencies, preferring a task-force model that has yet to wrangle the towering management challenge.

Outside the health system, businesses are closing up shop and laying off workers at a record pace. Ten million people have filed new unemployment claims in the last two weeks alone, and even industries that were expected to hum through the coronavirus crisis are witnessing severe slow-downs. Across the country, big trucks are parked for days on end with nothing to haul, according to multiple sources familiar with the industry.

“The food factories are reducing our shipments,” said Dan Eberhart, who owns trucking and oil companies. “They’re doing this because the employees showing up at the factories are shrinking” in number.

Eberhart, who is a major fundraiser for GOP candidates said Trump needs to get on the ball on the Small Business Administration relief program that has been overwhelmed by applications but unable to get off the ground.

“I have several industrial businesses seeking these SBA loans, and the banks won’t even take the applications yet and/or haven’t been able to submit them to the SBA,” he said in a text message late Saturday night. “If President Trump doesn’t speed this up, the U.S. is going to have an economy the size of the Cayman Islands.”

Right now, he appears to be having trouble proving he can manage a government bigger than that. 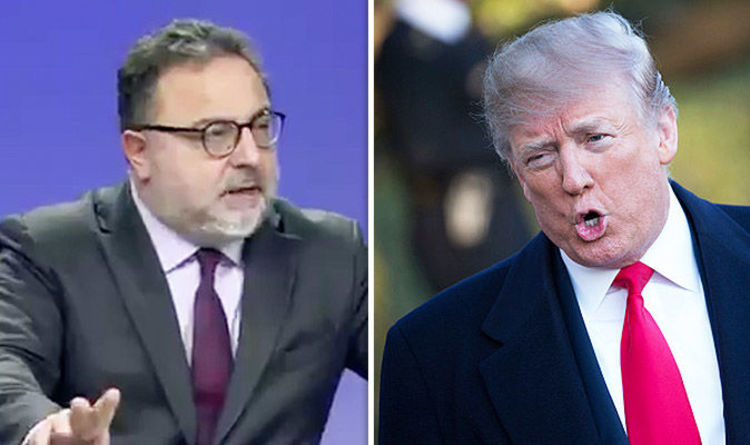 An amateur crime historian has begun a two-day search along Washington’s Columbia River, close to a spot where notorious skyjacker DB Cooper […] 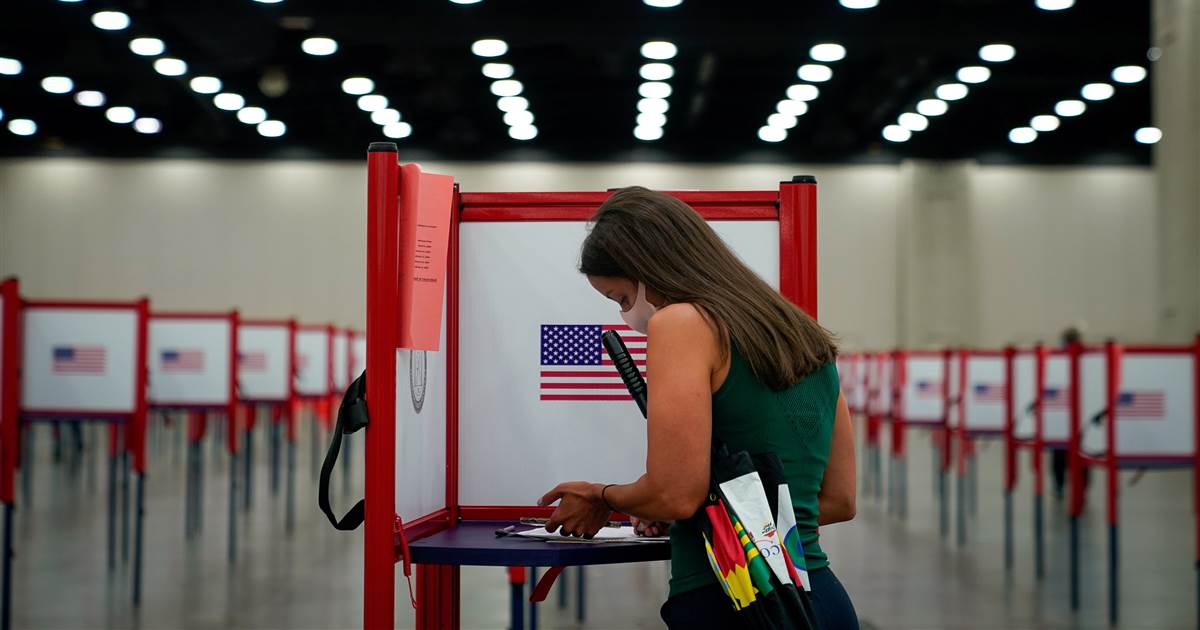 Bad actors trying to trick voters into throwing away their votes are hard at work spreading vote suppression disinformation online, according to […] 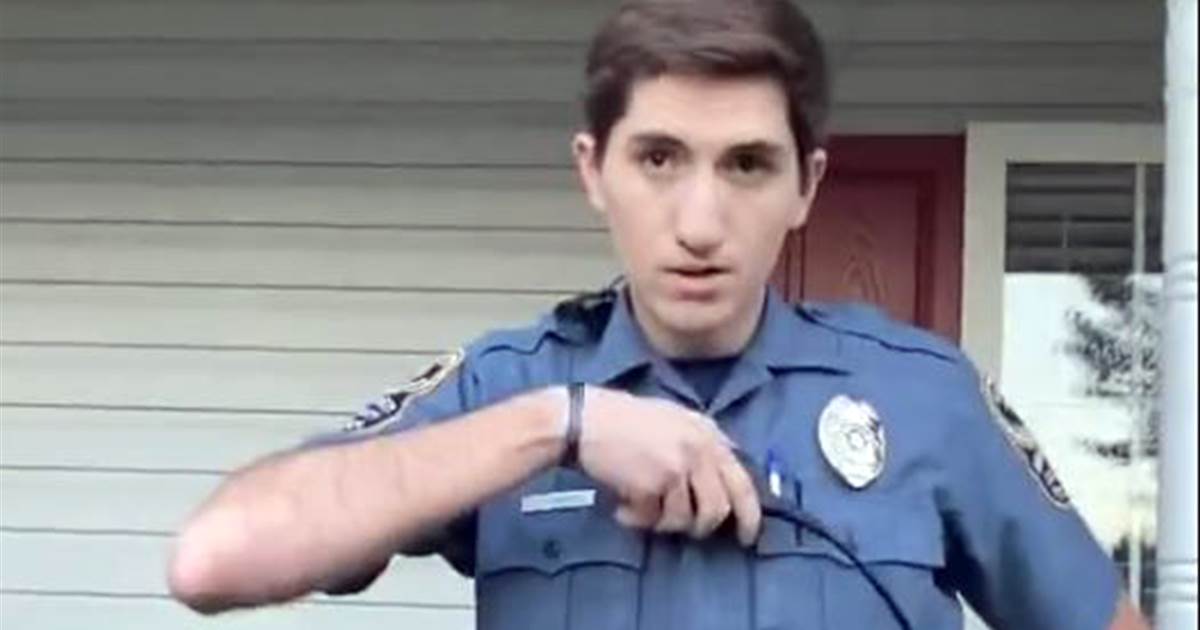