(CNN) — Aviation is fighting for survival. Cruise ships are grounded. As the pandemic grows, the travel industry faces an uncertain future and is scrambling to adapt.

Those aircraft still flying are now subject to stricter than ever hygiene protocols, but when the threat of the virus eventually lifts, the transportation industry will face heightened concerns about infection.

In the immediate wake of the global outbreak, airlines adopted stringent measures ranging from the mundane, like suspending hot towel service, to the extreme, like fogging an entire aircraft with disinfectant.

As more data becomes available about how the virus spreads, these may widen further. Some aspects of aircraft cabin design may even be reconsidered.

So what can passengers expect in the future to give them peace of mind about the spread of disease?

While it’s clear that planes have accelerated the spread of the virus by transporting infected passengers across continents, the risks of transmission within the cabin are less known.

The risk of infection on board airplanes isn’t fully understood.

Sitting within two rows of an infected person on a flight is defined as a primary risk factor under World Health Organization guidelines, but passengers moving about during a flight could increase the potential for transmission. On one particularly ill-fated flight during the 2003 SARS outbreak, a passenger infected 22 out of 120 people on board, suggesting some outside the two-row zone are also in danger.

“We were a little surprised by this, because we had 10 flights and eight took place during what’s called the flu season,” said Vicki Stover Hertzberg, a biostatistician at Atlanta’s Emory University, who led the study.

“What we did find was that the bacteria on a plane look much like what you would find in your home, in your office or in places that people normally frequent.

She said cases where someone becomes ill due to contact with someone on an airplane are few and far between.

“Most of the infections that are due to air travel are because someone infected has been transported from point A to point B,” she said.

However, Hertzberg says that the new hygiene measures the airlines have put in place are necessary and applauds them.

“I hope that this will give people pause,” she says about the outbreak. “Several years ago there were proposals for things like touchless lavatory entry and touchless lavatories in general. But the airlines would have to build that in as they’re purchasing these planes.”

Modern planes are equipped with special filters, called HEPA, whose efficiency is similar to those used in operating rooms in hospitals. The air inside the cabin is an even mixture of recirculated and fresh air from outside.

“Although passenger density is very high, air from the ventilation system is very clean, because HEPA filters can block particles with a diameter of 0.3 micron or larger, with an efficiency of 99% or higher,” says Qingyan Chen, a professor of mechanical engineering at Purdue University in Indiana who has researched the spread of air particles in passenger vehicles and how to track them.

However, Chen argues, that doesn’t mean that all the air inside the cabin is clean, because a person sneezing, coughing, talking or breathing emits droplets that could be transmitted to nearby passengers before the HEPA filter has a chance to catch them.

That’s why he proposed a new type of ventilation system that creates an envelope of filtered air around each passenger, without mixing it with the air breathed out by neighbors.

Chen’s design uses a dedicated HEPA filter for each seat, positioned in the footwell where current media boxes already reside. The clean air coming out of this box is cooler than cabin air but gets warmed up slightly by the body of each passenger, making it rise to mouth level. The exhaled air, even warmer and potentially contaminated, rises further to the ceiling, where it is captured by vents and largely expelled.

“This type of design is the opposite of current ones, which supply air from the top and mix it as much as possible in a centralized system,” said Chen, who tested the system in a seven-row section of a Boeing 737, with encouraging results.

However, given the level of confidence airlines have in their current filtration systems, it might be difficult to convince them in the absence of more evidence.

The Diamond Princess cruise ship became a Covid-19 hotspot after passengers were quarantined on board.

The overall risk of contracting an infectious disease on a plane, according to the International Air Transportation Association, is lower than in other confined spaces.

“So far (…) we have only a very small number of instances in which a passenger may have transmitted (Covid-19) to a crew member, and none of a passenger transmitting to another passenger,” says IATA’s medical adviser Andrew Powell.

“This could be due to a range of factors including high cabin airflow rates, relative lack of contact between passengers, lack of face-to-face conversations, and widespread awareness of avoiding flying while unwell.”

There are far more cases, he says, of crew members becoming infected at home, or in layover destinations.

Other parts of a flight might also be more dangerous than the time spent on the plane itself, such as the boarding process, which often tightly packs people together.

It found that boarding passengers randomly — rather than by rows or groups — lowered the risk of contagion, because people were less likely to spend extended periods of time close to one another. The only cost? A longer wait.

“This is an interesting area which some airlines are already beginning to try to adopt,” said Powell. “While the aircraft is a very controlled environment, the boarding process is much less so. If flying is to occur when Covid-19 is still circulating, it may be important to achieve methods of ensuring physical distancing of 1.5 meters during this process, which would mean starting boarding with those farthest from the entry door, in a controlled and sequenced manner.”

Nearly 20% of those on board the Diamond Princess became ill.

Cruise ships were hit the hardest by the coronavirus, with over a dozen outbreaks that led to all major lines halting operations. The largest cluster of infections was aboard the Diamond Princess, where nearly 20% of those on board fell ill.

“Cruise ships in principle look like a building, so their air conditioning systems are similar to those in buildings,” says Qingyan Chen. “There’s nothing wrong with that in normal circumstances, but with a viral outbreak that’s a problem, because the filters they use don’t block viruses.”

That means that the ventilation systems may have spread the virus from one cabin to the next, by recirculating contaminated air that contained tiny droplets expelled by sneezing or coughing passengers.

Chen believes some of the infections aboard the Diamond Princess may have happened this way, as they occurred after passengers were quarantined, when direct contact between people was reduced.

“The quickest solution is to convert all filters to HEPA filters, and I believe that could be done easily,” he says.

The Diamond Princess outbreak has become a case study that could inform our knowledge of how the virus spreads.

Out of 3,711 passengers and crew on board, more than 700 became infected during a 14-day quarantine imposed on the ship by Japanese authorities in the port of Yokohama.

If everyone on board had been evacuated immediately upon discovering the outbreak, only 76 people would have become ill, the study has found. However, if the quarantine had not been instituted at all and everyone had been left to carry on as normal, almost 3,000 people would have caught the virus.

“The quarantine did work, this is important to say,” says Annelies Wilder-Smith, who led the study. “But, in hindsight, it would have been better to evacuate immediately. Obviously, this was all happening when we were still learning about Covid-19.

“We cannot blame anyone and I don’t think mistakes were made. But we have learned for the future that if you do have an outbreak on a cruise ship or any other confined setting, you have to take people out of that setting.”

Cruise ships are unique because they are a confined space in which the same people constantly mix, which is worse in an outbreak scenario than even a metropolis, where density is also high but there is less mixing.

“Unlike airplanes, cruise ships are massive incubators of disease. A single case can trigger an outbreak,” said Wilder-Smith.

“The question is, how do you reinstall the trust and the economy of cruise ships without containing the virus entirely? The industry may have a problem for the next year.” 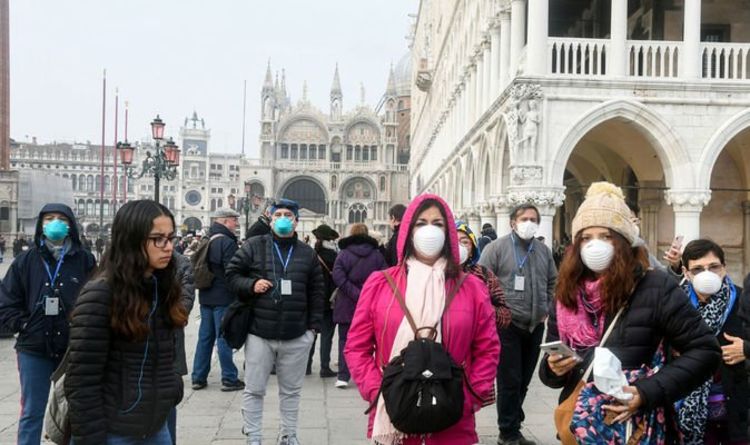 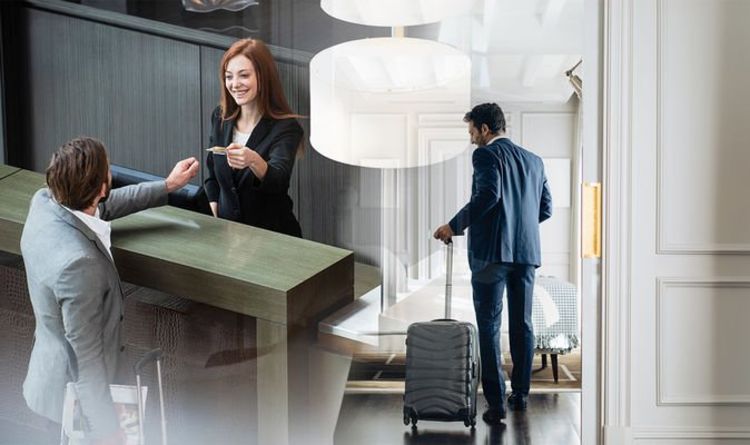 Hotel stays are a huge part of holidays for many Britons, opting to splash out on a little additional luxury as part […] 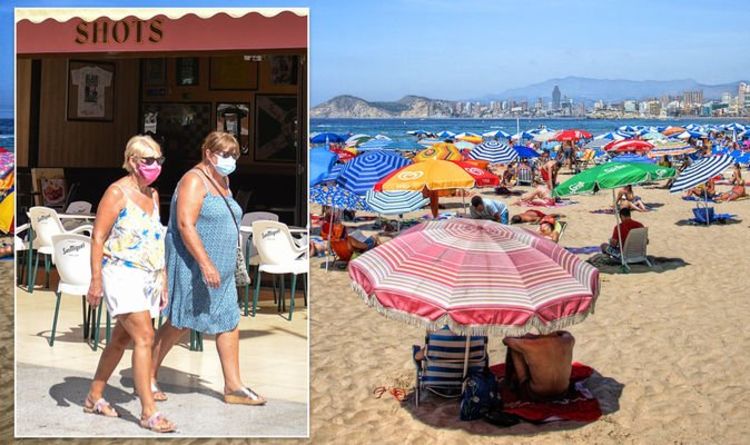 In their announcement to Facebook, Benidorm Palace wrote: “Dear customers, we are very sorry to have to give this news, because every […]

When it comes to travelling abroad, travellers are always on the lookout for ways to keep their costs down. Alongside accommodation, flight […]