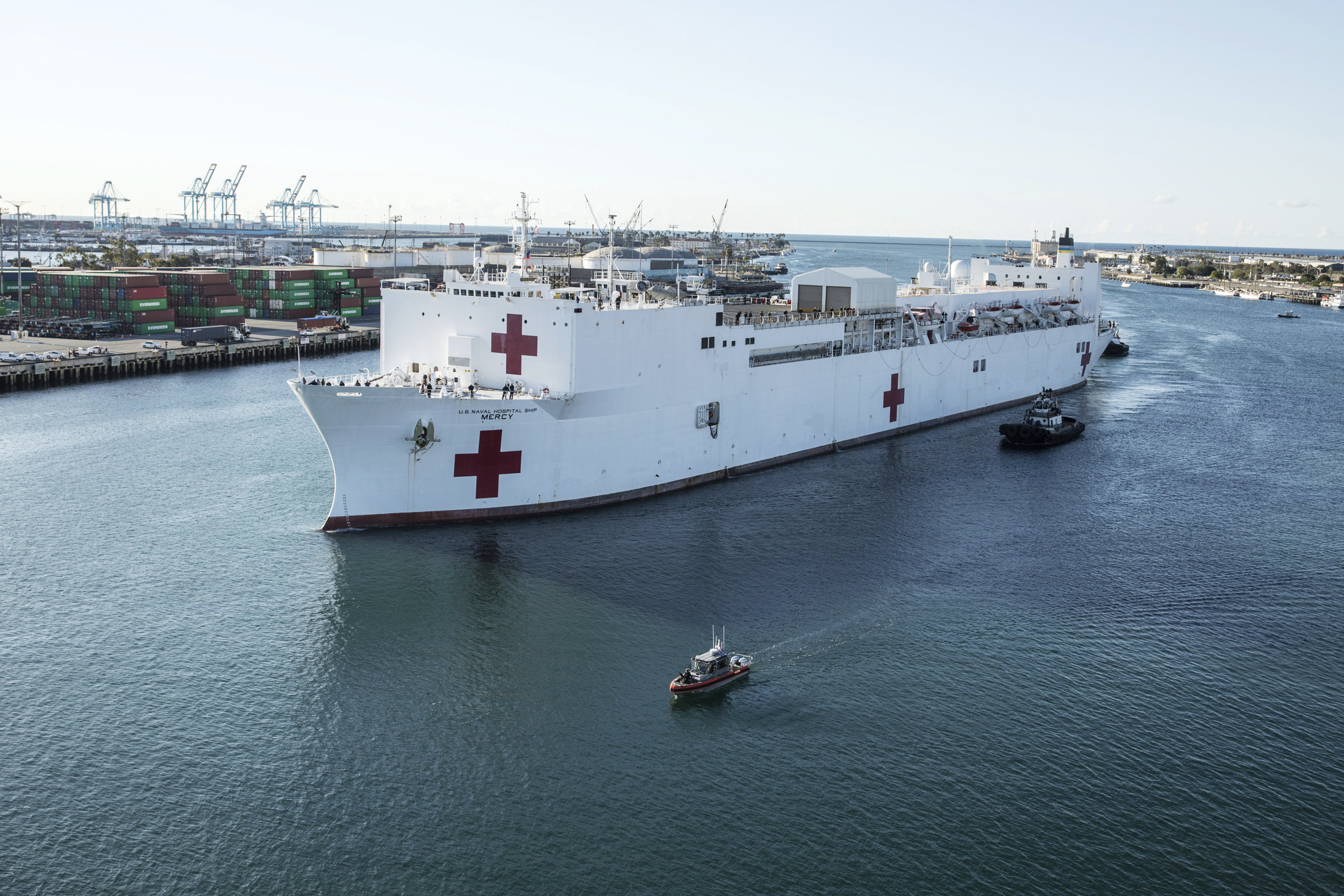 LOS ANGELES — Prosecutors charged a locomotive engineer who worked at the Port of Los Angeles with intentionally derailing a train at full speed near the Navy hospital ship Mercy because of suspicions over its activities surrounding COVID-19, according to a federal criminal complaint.

Eduardo Moreno, 44, of San Pedro, California, was charged with one count under a little-known train-wrecking statute that carries a maximum sentence of up to 20 years in the incident Tuesday, according to the 10-page criminal complaint filed in U.S. District Court in Los Angeles.

Moreno, who was held overnight, was turned over to FBI agents Wednesday morning. He was expected to make an initial appearance in federal court Wednesday afternoon.

Prosecutors claim Moreno ran the train off the tracks. It crashed through a series of barriers before coming to rest more than 250 yards from the Mercy in an incident that was captured on video.

Although the train leaked fuel oil, which required cleanup by firefighters and other hazardous materials personnel, no one was hurt.

A California Highway Patrol officer who witnessed the crash and took Moreno into custody told authorities that he saw the train, which is used to haul shipping cargo, smash through a barrier at the end of the tracks before it drove through several obstacles, including a steel barrier and a chain-link fence. It slid through one parking lot and another filled with gravel and smashed into a second chain-link fence, according to the affidavit.

The complaint alleges that when the officer approached him, Moreno said: “You only get this chance once. The whole world is watching. I had to. People don’t know what’s going on here. Now they will.”

The affidavit said Moreno, who waived his right to speak to an attorney before being interviewed by investigators, admitted in two post-arrest interviews that he intentionally ran the train off the track because he wanted to bring attention to the government’s activities regarding COVID-19 and was suspicious of the Mercy.

In his first interview with Los Angeles port police, Moreno acknowledged that he “did it,” saying he was suspicious of the Mercy and believed it had an alternative purpose related to COVID-19 or a government takeover, the affidavit states.

In a second interview with FBI agents, Moreno said “he did it out of the desire to ‘wake people up,'” according to the affidavit. “Moreno stated that he thought that the U.S.N.S. Mercy was suspicious and did not believe ‘the ship is what they say it’s for,'” it said.

Beijing's military adventurism in the Himalayas is risky. The world is big enough for the rise of India and China

June 3, 2020
"The option to use active duty forces in a law enforcement role should only be used as a matter of last resort, and only...

Frostpunk: On the Edge Is The Game's Final, Likely Harrowing DLC

Is a second stimulus check coming? Timeline, $1,200 payment and more