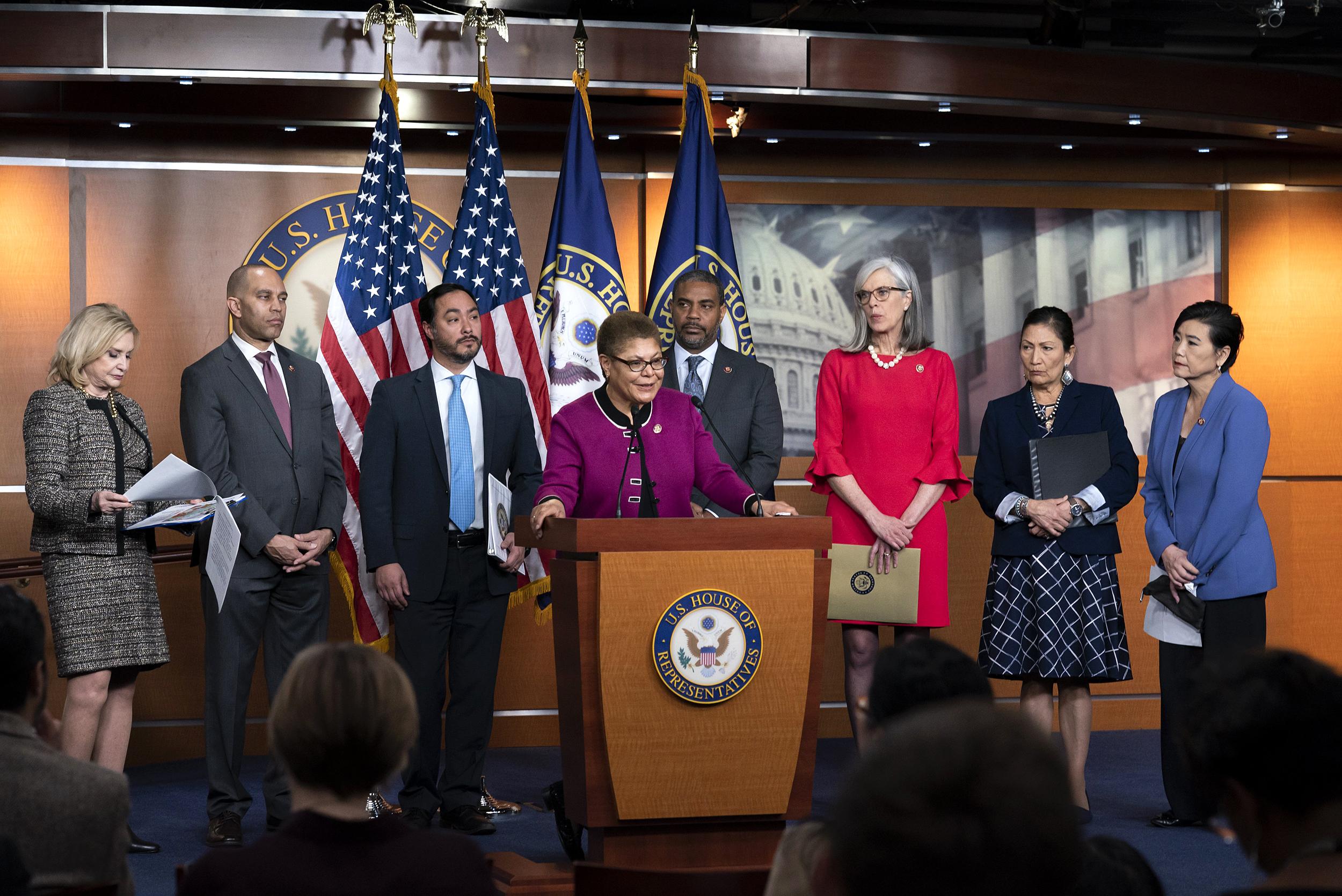 The leaders of the congressional black, Asian and Hispanic caucuses gathered Monday to condemn the racism that the Asian American community is confronting during the COVID-19 pandemic.

The chairs of all three caucuses, as well as leaders of the full Democratic caucus, called for unity at a virtual news conference against increasing attacks against Asian Americans in association with the coronavirus. Rep. Judy Chu, D-Calif., chairwoman of the Congressional Asian Pacific American Caucus, or CAPAC, said about 100 hate incidents a day have been directed toward those in the community, according to data from three hate incident reporting sites.

Rep. Hakeem Jeffries of New York, chairman of the Democratic Caucus, said before addressing reporters’ questions: “In times of crisis, it’s important for us all to stand together. It’s particularly important for leaders of every race, every religion, every background to raise your voices as we are doing today to make it clear we will not tolerate anti-Asian rhetoric or violence against the community.”

Chu said at least 1,000 hate incidents have been reported since the beginning of the pandemic across the online reporting forum Stop AAPI Hate, a separate site led by OCA — Asian Pacific American Advocates and a third initiative spearheaded by Asian Americans Advancing Justice.

Leaders also took a stand against rhetoric that promoted the racist association between the disease and location or ethnicity, including terms like “Chinese virus” and “Wuhan virus,” saying it could cause people to misdirect their anger and put Asian Americans in harm’s way.

Previously, President Donald Trump had used the term “Chinese virus” multiple times, both during news conferences and on Twitter. However he abruptly shifted his tone last week, tweeting that “it is very important that we totally protect our Asian American community in the United States, and all around the world.” He later said on Fox News that he doesn’t regret having used the terminology but “decided we shouldn’t make any more of a big deal out of it.”

Answering questions from reporters, Chu credited a letter condemning the language, spearheaded by Asian Pacific Islander American Public Affairs with the involvement of “powerful” Republican and Democratic Asian Americans, for Trump’s shift. However, she said, the change was “too little, too late.”

“Of course, there are the other people in his party that are in Congress that have continued to use that term, including our minority leader, Kevin McCarthy,” she said. “So he should send the message directly to them if he really means what he said when he said ‘Asian Americans should not be blamed for the coronavirus.'”

While the caucus chairs condemned the anti-Asian discrimination, they praised a resolution recently introduced by Rep. Grace Meng, D-N.Y., that would condemn all forms of racism and scapegoating and call on public officials to denounce anti-Asian sentiment. The bill drew overwhelming support, with more than 120 co-sponsors.

“I’m so thankful for the fact that it’s not only Asian American leaders that are condemning these attacks but leaders from all around the country, from different backgrounds,” said Meng, vice chairwoman of CAPAC. “The AAPI community has benefited so much from the struggles and the achievements of the black, Latino and Native American communities.”

Rep. Joaquin Castro, D-Texas, chairman of the Congressional Hispanic Caucus, reminded listeners that the U.S. has a history of discrimination toward Asian Americans, starting with the Chinese Exclusion Act of 1882. The legislation put a 10-year moratorium on Chinese labor immigration and was later extended with the Geary Act.

Rep. Karen Bass, D-Calif., chairwoman of the Congressional Black Caucus, said: “These attacks are nothing new, unfortunately, in the history of our country at different points in time. White supremacy rears its head, and there have been attacks on one of our communities.

Prince Harry discusses racism in an interview with GQ magazine