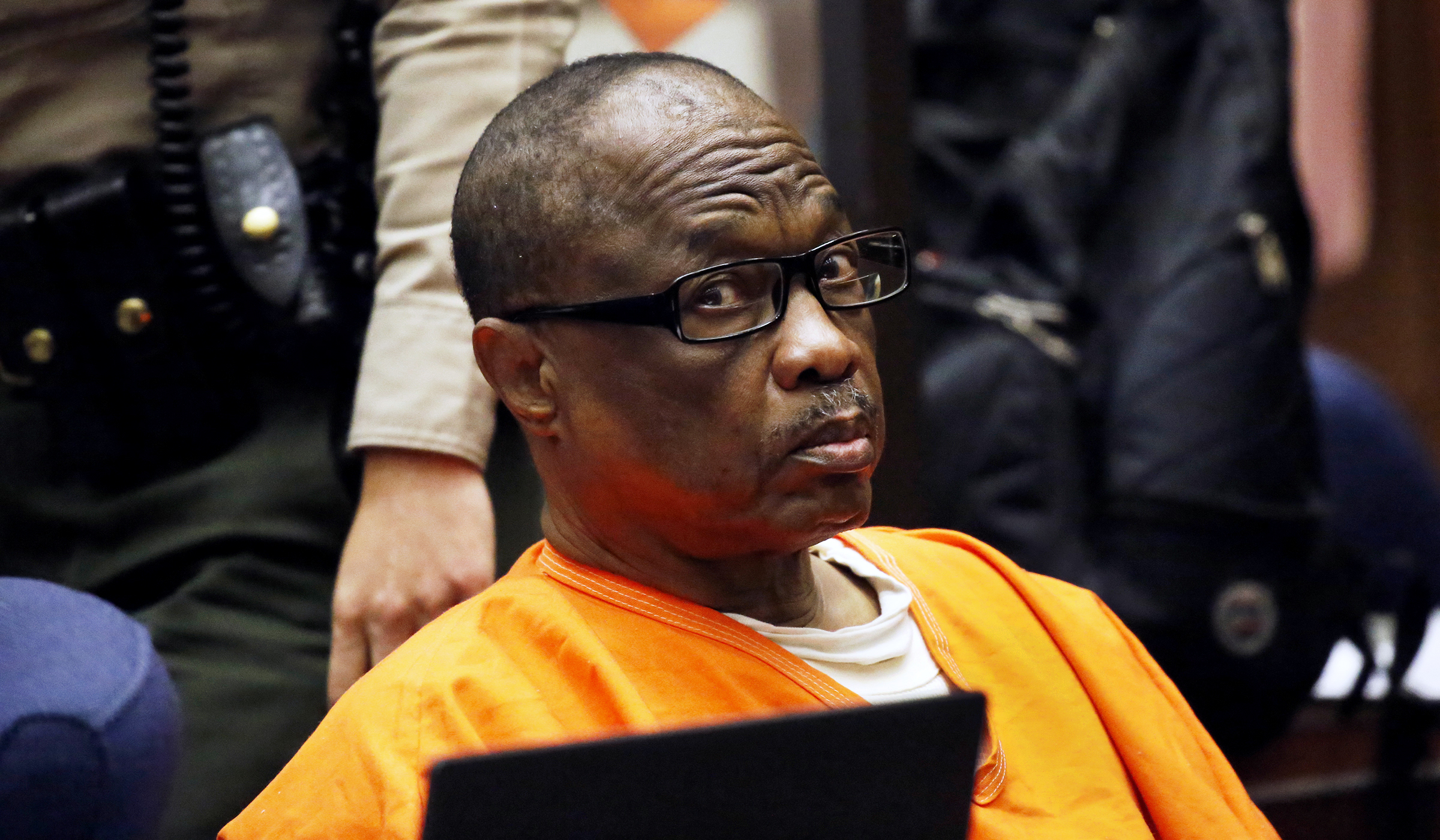 Franklin, 67, dubbed the “Grim Sleeper,” was found unresponsive in his cell Saturday night and was pronounced dead at 7:43 p.m., the state Department of Corrections said in a statement.

His cause of death wasn’t immediately clear, there were no signs of trauma, the department said.

A former mechanic and garbage man, Franklin was convicted in 2016 for the murders of nine women and one teenage girl in Los Angeles between 1985 and 2007. After a three month trial, he was sentenced to death.

Franklin’s moniker derived from what authorities believed was a break in his killings. He was convicted of murdering seven women between 1985 and 1988; the others were killed between 2002 and 2007.

Many of Franklin’s victims were poor and black. Their bodies were found in alleys, bushes and trash cans. Authorities suspected him of several more killings, though prosecutors said he wasn’t charged with additional murders because of the lengthy time it took to bring his case to trial.

He was arrested in 2010 after years of pressure from local activists, and a cold case task force used DNA evidence to connect him to the murders.

Merkel in tug-of-war with states over virus safety rules

Trump warns he may move Republican convention site from NC

Suriname election: Will a convicted murderer be re-elected?

Faith, family and plasma: How one man survived 'the horror of COVID-19'

Guild Wars 2 interview with ArenaNets Andrew Gray – The past, the present and the future