That means sweeping changes will be necessary in all 50 states to pull off the first pandemic-plagued presidential election in American history, according to interviews with more than a dozen state officials, former federal officials, voting rights activists and legal scholars.

In a best-case scenario, the pandemic settles down over the summer and the country holds a relatively normal November election. But some experts are contemplating doomsday scenarios that include attempts to postpone the election, a flurry of litigation and a constitutional crisis.

“At all costs, the election must go on,” said CNN presidential historian Douglas Brinkley. “This is not the NBA season or the Olympics. Come November, we’ve got to vote. If we can vote in the middle of the Civil War, and if Franklin D. Roosevelt can run for an unprecedented fourth term in the middle of World War II, then we can figure out how to make 2020 a free and fair election.”

Bracing for the ‘perfect storm’

More than 136 million Americans voted in 2016, and a record number of them cast early ballots. But nearly 60% of voters still showed up on Election Day, waited in long lines, used communal pens and touched the same voting machines — all dangerous moves in the coronavirus era.

“We don’t know what the future holds,” said Matthew Petersen, who was on the Federal Election Commission for 11 years, appointed by a Republican president. “If the virus is still widely spreading this fall, then casting ballots in crowded polling places, operated primarily by elderly and vulnerable poll workers, really creates a perfect storm for the virus to continue spreading.”

The Centers for Disease Control and Prevention issued recommendations on how to protect polling places. The Election Assistance Commission published lessons learned from the 2009 swine flu pandemic, including a warning from one poll worker in Virginia who noticed that people who used hand sanitizer before voting created damp ballots that jammed some machines.
Tracking Covid-19 cases in the US

But cleanliness is just one part of the equation, and fixing the big-picture problem won’t be easy. Constitutional issues at are play. Plus, lawmakers will be forced to consider legislation that might make it easier for Americans to vote, but could weaken their party’s chances of winning.

That gridlock was on full display this week in Washington, when lawmakers haggled over how much money for election security to include in the $2 trillion stimulus package. The compromise legislation included just $400 million in election security grants — far short of the $2 billion Democrats wanted — and doesn’t tell the states what changes they need to make to voting.
The House Democrats’ bill would have required all states to offer 15 days of early voting, and to provide absentee ballots with prepaid stamps to all voters who ask for one. The bill would have relaxed rules on voter registration, making it available online and in-person on Election Day.
“An extraordinary challenge demands an extraordinary response,” said Max Feldman, a lawyer at the Brennan Center for Justice, a liberal-leaning think tank that crafted its own $2 billion plan for the election. “I’ve never seen a challenge like this in my life. … The time to act is now.”

State governments made their own moves, including postponing primaries, switching polling locations, moving to absentee voting and recruiting younger polling staff. But state officials are scrambling to figure out who has the power to adjust election protocols during an emergency.

Only 12 states let the governor or top election official reschedule an election, according to the National Conference of State Legislatures. Elsewhere, officials are in uncharted waters.
The drama played out last week in Ohio, when the governor rushed to court to postpone the March 17 primary. The judge ruled against it, but the governor found a workaround: The state’s senior health official declared that polling sites were a public hazard and shut them all down. If the public health crisis continues, experts say disputes like these could come back in the fall.

A trio of primaries last week presents a case study of what elections look like in a pandemic.

Turnout was low, and many voters stayed away from their polling places. In Florida and Arizona, a large share of voters typically cast their ballots before Election Day, and that increased this year, according to the latest data. But in Illinois, which relies less on vote-by-mail and early voting, turnout was the worst of any state so far this year, compared to the 2016 primaries.
The data suggests that the coronavirus crisis could accelerate an existing trend toward postal voting, where states conduct the bulk of their balloting through the mail. Election professionals have said this system could be the single most effective way to salvage the November election.

“Vote-by-mail is much more resilient in times of crisis,” said former Colorado Secretary of State Wayne Williams, a Republican who oversaw several statewide elections with near-universal postal voting. “It allows people to vote in a way where they can maintain social distancing.”

Currently, only five states hold all their elections entirely by mail: Washington state, Colorado, Oregon, Utah and Hawaii. Voters there comprised 7% of the national popular vote in 2016.

Another 28 states and the District of Columbia offer “no-excuse” voting by mail, which means any voter can get an absentee ballot if they ask for one. States with stricter laws require voters to provide an excuse — under penalty of perjury — for why they can’t show up to the polls.

The push for postal voting has been primarily led by Democrats in liberal states.

But this week, Ohio’s Republican Gov. Mike DeWine endorsed a plan to mail absentee requests to all registered voters before the June primary. And Georgia’s Republican Secretary of State Brad Raffensperger announced a similar plan for the November election as well, marking a dramatic shift in a state where only about 5% of voters typically cast their ballots in the mail.

Arizona will be a test of whether these ideas have bipartisan support: The Democratic secretary of state asked the GOP-controlled state legislature to authorize all-mail elections for November.

Even with the benefits, postal voting can get complicated, and there are pitfalls. States that rely on postal voting spent years — not months — transitioning to the new system, officials told CNN.

There are two forms of voting-by-mail: There’s a two-step process where voters request an absentee ballot first, and then a ballot is sent to their home (Such as the new proposals in Ohio and Georgia). In the one-step process, local officials automatically mail ballots to all registered voters, and the voters simply mail them back (Such as the systems in Colorado and Oregon).

Once ballots are returned, they’re verified through a process called “curing.” Each voter must sign their absentee ballot, and that signature is then matched against the signature on file. This ensures that the voter is who they say they are. If there is a discrepancy, a notification is sent back to the voter, and they have a chance to fix the problem, but this process can take time.

“We can’t just switch to vote-by-mail and think that everything is going to be solved,” said Ari Berman, a voting rights expert who has written extensively about the topic. “It’s not a panacea.”

Berman and the other experts who spoke to CNN said absentee ballots are rejected at a higher rate than ballots cast at polling places. This is because polling places are staffed by volunteers and officials who can solve problems on the spot. Ballots can also be improperly rejected if a state doesn’t have a strong database of signatures, which are used to verify voters’ identities.

Other serious vulnerabilities were exposed in 2018, when a competitive House race in North Carolina was derailed by an election fraud scandal involving absentee ballots. Republican operatives improperly collected ballots from voters at their homes, switched their votes and forged their signatures. The scheme tainted the results and a redo election was held in 2019.
There are also health risks to postal voting. Before this month’s all-mail primary in Washington state, officials instructed residents not to lick their envelopes before sending in their ballots.

If the coronavirus is still spreading uncontrollably in the fall, Congress could consider delaying the general election, though it would require Democrats and Republicans to work together.

It wouldn’t be an unprecedented idea, either. The United Kingdom announced a one-year delay for May’s municipal elections, including the mayoral race in London. France made a similar move. Chile pushed a national referendum to October, and Bolivia put its presidential election on hold, all because of coronavirus. Plus, the US outbreak is far worse than the outbreaks in these countries.
With this in mind, some of Trump’s critics have started worrying out loud that he might try to stop the November election. (He recently said, “postponing elections is not a very good thing.”)
The President cannot postpone the election, even in an emergency, according to a 2004 report from the nonpartisan Congressional Research Service. That power rests with Congress, which can pass a statute changing the date of the election, but cannot cancel it altogether. The Constitution also gives the states wide latitude to regulate elections within their own borders.

“The framers thought that because people would physically vote in the states, they should give that power to the states,” said Michael Gerhardt, a constitutional scholar who testified at impeachment hearings for Trump and President Bill Clinton. “It’s an efficiency measure. It created a check against the federal government from rigging the voting to help those in power stay in power.”

Congressional researchers believe that only one federal election has ever been postponed: The 2018 race for the non-voting delegate to the House of Representatives from the Northern Mariana Islands, a US territory that was ravaged by a super typhoon before the election.
There are some examples of delays to state and local elections. It happened in Louisiana after Hurricane Katrina, and in New York City, which was slated to hold a mayoral primary on 9/11.

The Constitution doesn’t specify when elections should be held. But it does dictate that Trump’s term expires on January 20, 2021, regardless of whether an election is held this November.

“The beating heart of our democracy is our elections,” Brinkley said. “Without our elections, we’re a totalitarian nation. By holding our elections in November, it’s actually saving America.”

BAGHDAD (AP) — Two armed drones were shot down at the Baghdad airport on Monday, a U.S.-led coalition official said, an attack […] 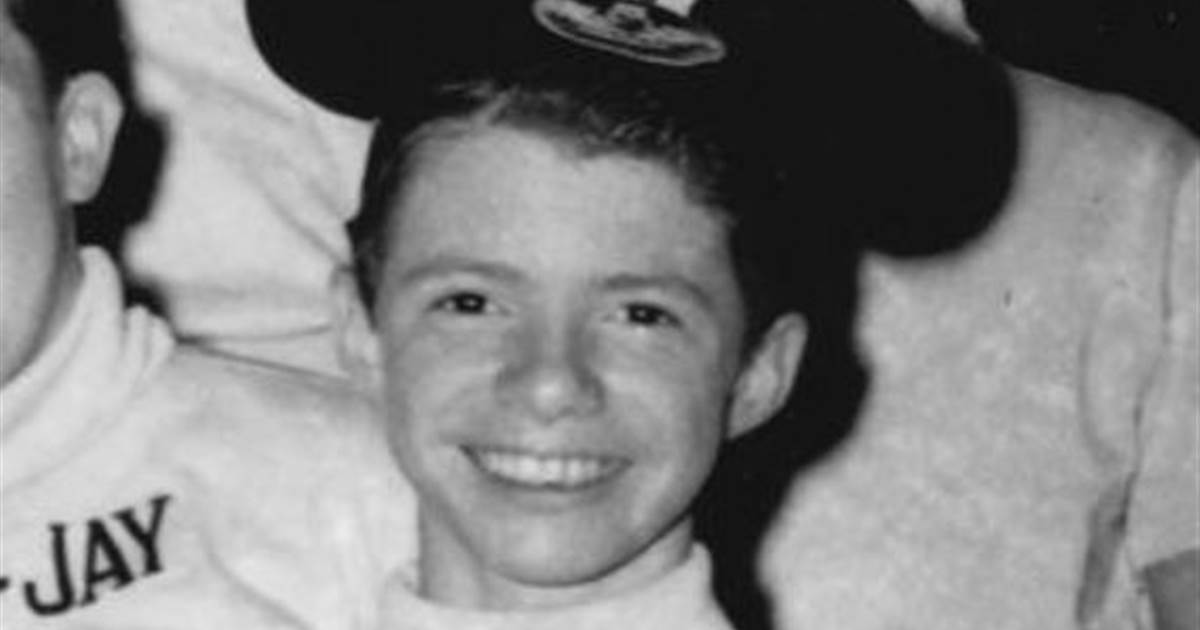