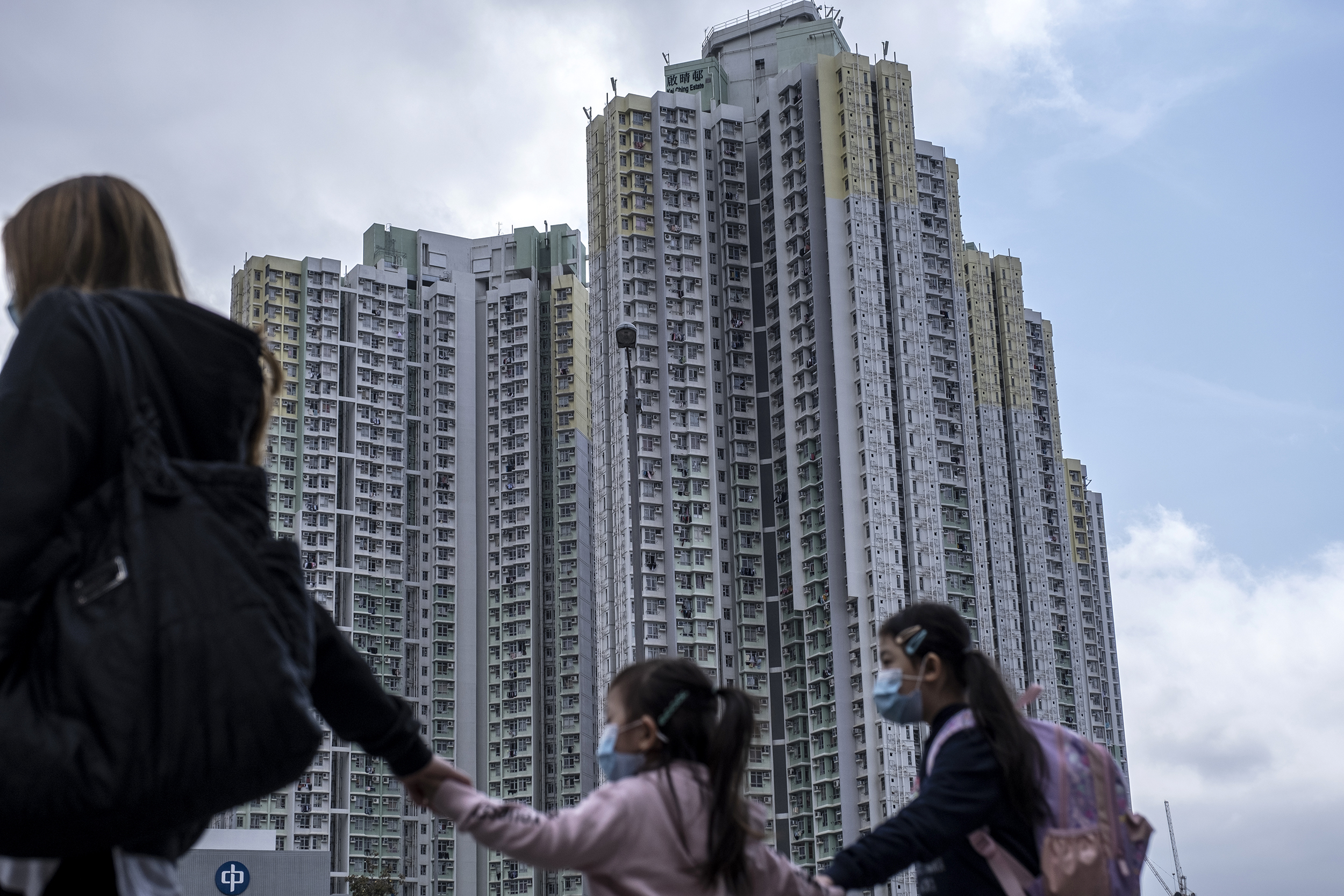 Fear, frustration, boredom, resignation, perspective, gratitude, hope: This is the cycle of emotions that we have been going through in Hong Kong since the first case of coronavirus was identified in our city in late January.

We first feared the unknown, the infectiousness, the incubation period, the survival rate, the asymptomatic people wandering our communities.

We are currently frustrated that, despite our efforts for the past two months to stem community outbreaks, daily infections recently spiked again due to imported cases and possible community transmission.

We continue to endure boredom because our kids have been out of school since late January — an unending array of extensions of the closings, with no government facilities, including libraries or sports centers, to fill the void.

And we are resigned that, at some point, life will go on, and we must somehow live with the threat of this virus.

But more than two months into a crisis that has already killed thousands around the world — including 1,200 in the U.S. as of this week and five in my home state of Maryland — there has also been a shift in perspective for us when we remind ourselves that, in the grand scheme of things, the disruption in our lives is minimal compared to those who have had to risk their lives to save others.

And we do have hope that a vaccine will soon be found and made readily available to everyone, allowing for the opportunity for all of our lives to eventually get better.

My fellow Americans are only in the first stages of this cycle, which probably seems grueling and even unending, but I know from experience that they, too, can pull through — as the people in my adopted home have.

As a first generation American of parents from Hong Kong, I moved in 2003 to the place they left for a relationship that has since blossomed into marriage and two kids (aged 12 and 10). I lived through 9/11 in New York, so I was no stranger to adversity bringing a city together.

But after I moved here, in the spring of 2003, SARS infected 1,755 people and killed 299 in Hong Kong. We were reliant on newspapers and broadcast media for our news fixes, and schools were closed for seven weeks, only resuming in May 2003. Our experience as a city led everybody to using more hygienic practices, including wearing masks when falling ill, using serving utensils when eating family-style meals and disinfecting our homes with 1:99 bleach solution.

The reality of the new coronavirus started to set in when my family received news on Jan. 27 that the Lunar New Year school holidays would be extended until Feb. 17 to prevent its spread. Soon after came the closing of government offices and facilities, including libraries, museums and sports centers. Companies who followed the government’s work schedule allowed staff to work from home.

With less movement in the city, ridership on the city’s vast public transportation network fell. Interestingly enough, malls, gyms, restaurants and movie theaters remained open — albeit deserted. The local government here did not need to mandate closures because, for the most part, people stayed at home for fear of getting infected. Hong Kong became a ghost town.

Frustration, however, first set in when the panic-buying started. A false rumor on social media that one of our local supermarket chains could not secure toilet paper shipments beyond Chinese New Year led people to empty shelves of toilet paper, paper products, sanitary pads and even rice. While supermarkets are now overstocked, we are still not able to ramp up basic face-mask production to meet demand.

Then came the debacle of Hong Kong Chief Executive Carrie Lam appearing at a news conference without a mask (to conserve supply for front-line medical staff), which incited even more panic that there were not enough masks to go around. (There are still not.)

That is also the reason that the school resumption date continues to be pushed back: The government still cannot guarantee a steady supply of masks for all school-aged children. (Like many others, I have tried unsuccessfully to participate in lotteries via local shopping apps to obtain masks.) My kids were supposed to return to school on Feb. 17, which got pushed back to March 16 and is now April 20 — but even that seems increasingly uncertain.

Both of my kids’ private schools, however, converted to e-learning fairly quickly, which means that our weekdays are comprised of online lessons, lunch breaks, more homework and TV or mahjong after dinner.

Life had almost started to return to normal for us, as the number of cases dwindled and social distancing dragged on. Before the most recent spike in cases, we had started going to the local country club for one-on-one sports lessons (cleared only after instructors fulfilled a 14-day isolation period) and an occasional meal out before the dinner rush — though, for the most part, we had still been at home. On the weekends, we had been cheating the rules of social distancing slightly by gathering with two families intermittently, to avoid too much exposure.

That’s over, for now.

We luckily live in a quiet neighborhood bordering a park, with running trails, grassy areas and basketball courts. At home, my kids have their own rooms to retreat to when they need their own space. We continue to keep our perspectives in check and be grateful that we are safe and comfortable.

With the spike of infections due to Hong Kong residents returning from overseas, the fear has set in again. In a population smaller than New York City, Hong Kong saw our biggest number of new of infections on Friday, March 27 — 65 out of 518 total infections to date — and the local government is now taking up drastic measures for the coming two weeks.

With this news, we hunkered down again in the hopes that those who are required to quarantine at home will do so. If we all become complacent, we will succumb to more community outbreaks, and our past efforts would have been for naught.

The cycle of emotions, then, will continue to play, and we hope that transparency from our government, compliance from our community members and, eventually, a vaccine will break the cycle. Until that time comes, we are prepared to ride this out and trust that the negative emotions will give way to nothing but gratitude, empathy and hope.

Quiz of the week: Which Borat slogan did Kazakhstan embrace?

Facebook doesn't censor conservatives. It plasters their views all over your feed.