(Reuters) – Debbie de los Angeles woke up on March 3 to two voicemails from nurses at the Seattle-area care home that housed her 85-year-old mother, Twilla Morin.

Debbie de los Angeles is reflected in a mirror behind the box holding the ashes of her mother Twilla Morin, who died from coronavirus disease (COVID-19) at the Life Care Center of Kirkland and cannot be buried because of restrictions on gatherings, while posing for a portrait at her home in Monroe, Washington, U.S., March 23, 2020. REUTERS/Brian Snyder

In the first one, left at 4:15 a.m., a nurse asked a troubling question – whether the “do not resuscitate” instructions for her mother’s end-of-life care were still in force.

“We anticipate that she, too, has coronavirus, and she’s running a fever of 104,” the woman on the recording said. “We do not anticipate her fighting, so we just want to make sure that your goal of care would be just to keep her here and comfortable.”

The nursing home in Kirkland, Washington was dealing with the beginnings of an outbreak that has since been linked to more than 30 deaths. De los Angeles had not yet fully grasped the grave threat; she comforted herself with the thought that her mother had made it through flu outbreaks at the center before.

Then she took in the next voicemail, left three hours after the first by a different nurse.

“Hi Debbie, my name is Chelsey … I need to talk to you about your Mom if you could give us a call. Her condition is declining, so if you can call us soon as possible that would be great. Thanks. Bye.”

De los Angeles called the home immediately. Her mom was comfortable, she was told. She did not change the “do not resuscitate” instruction. She wanted to visit, but held off: She is 65, and her husband Bob is 67; both have underlying medical conditions that pose serious risks if they contract coronavirus. She thought they had more time to find the best way to comfort her mother in what might be her final hours.

At 3 a.m. the next morning, Wednesday, March 4, de los Angeles woke up and reached for her phone. Life Care Center had called – leaving another voice message just a few minutes earlier, at 2:39 a.m.

“I know it’s early in the morning but Twilla did pass away at 2:10 because of the unique situation,” the nurse said. “The remains will be picked up from the coroner’s office. They’ve got your contact.”

The “unique situation” has of course become tragically common worldwide, as thousands of families have been separated from their loved ones in the last days before they died in isolation, often after deteriorating quickly. The three voicemails – eerily routine and matter-of-fact – would be de los Angeles’ final connection to her mother. She had gone from knowing relatively little about the threat of COVID-19 to becoming a bereaved daughter in the span of one day.

The hurried voicemails with such sensitive information were one sign of the chaos inside the facility at the time, as nurses worked feverishly to contain the outbreak while residents died from a virus that was just hitting the United States. One of the nurses who called de los Angeles, Chelsey Earnest, had been director of nursing at another Life Care facility and volunteered to come to Kirkland to care for patients through the outbreak. She never expected the disease would cause dozens of deaths and the mass infection of patients and staff.

Earnest worked the night shift, when patients with the disease seemed to struggle the most, and many, like Morin, succumbed to the disease. Infected patients developed a redness in and around their eyes. The center’s phones rang constantly as worried families called for updates. About a third of the center’s 180 staff members started showing symptoms of the disease; the rest started a triage operation.

“There were no protocols,” said Life Care spokesman Tim Killian, as nurses found themselves thrust into a situation more dire than any faced by an elderly care facility “in the history of this country.”

The center’s nurses, he said, would not normally leave such sensitive information about dying relatives in voicemails, but they had little time to do anything else – and did not want anyone to hear about a loved one’s condition in the news before the center could inform them. Outside the home, journalists and family members gathered for the latest scraps of information on the home’s fight against the virus. Many relatives, barred from going inside for safety reasons, stood outside the windows of their loved ones’ rooms, looking at them through the glass as they conversed over the phone.

Leaving the emergency voicemails, Killian said, made “the best of a difficult situation.”

From the outside, the messages appear abrupt and impersonal, but may well have been the best or only way to properly notify families in such a crisis, said Ruth Faden, professor of biomedical ethics at John Hopkins University’s Berman Institute of Bioethics. While medical professionals should normally aim to impart such urgent information in person, the circumstances – an overwhelmed staff, dealing with dozens of dying patients – likely made that impossible, she said.

“The way to find out is difficult, always,” Faden said. “What people remember is how much the nurse cared about the person.”

When de Los Angeles heard of her mother’s death in one of those voicemails, she immediately called one of the nurses back, looking for any bits of information about her mother’s final hours. The nurse sounded upset.

“She told me my Mom was one of her favorite people there; she was going to miss seeing my Mom going up and down the hallway in her wheelchair,” de los Angeles said.

They had given her mother morphine and Ativan to keep her calm and comfortable, the nurse told her.

“My Mom was asleep, and then she just went to sleep permanently,” de los Angeles said.

De los Angeles, an only child, aches over not having spoken to her mother before she died. Morin had been a bookkeeper for several companies. De los Angeles fondly remembers doing household chores with her mother on Saturday mornings, then going to the local mall or to Woolworth’s for lunch.

The separation continued even after her mother’s death. De los Angeles telephoned the crematorium where her mother had been taken, as Morin had arranged years earlier, to ask if she could view the body.

“Absolutely not,” the woman told her, out of concern de los Angeles could be infected.

Morin had been tested for coronavirus shortly after she died, on March 4. The results confirmed her coronavirus infection a week later. Soon afterwards, she was cremated.

“We picked up her ashes on Saturday,” she said. “I never saw or spoke to mom. It’s put off the closure.”

It’s also put off the funeral. De los Angeles had planned the ceremony for April 4 – the birthday of her father, who died ten years ago. Her ashes would be placed next to his. But the service will have to wait because Washington’s governor, Jay Inslee, has banned gatherings of 10 people or more.

In the meantime, de los Angeles has worked to make sure her mother’s death certificate records her as a causality of the pandemic. The doctor who signed it did not have confirmed test results showing a COVID-19 infection at the time of her death, de los Angeles said, and listed the cause as “a viral illness, coronary artery disease and a respiratory disorder.” But the doctor has since moved to include coronavirus as a cause, at de los Angeles’ request.

As she waits for the funeral, de los Angeles has put the urn holding her mother’s ashes behind some flowers on the mantle in her living room. She says she can’t bear to look at it. 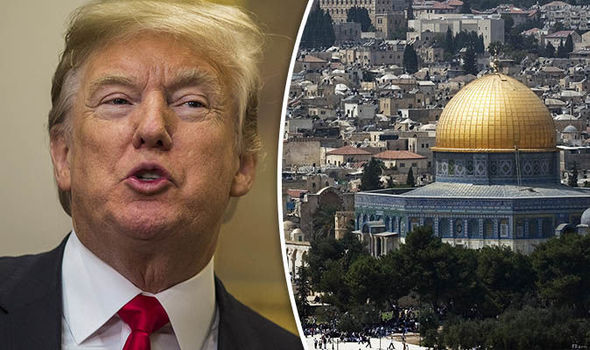 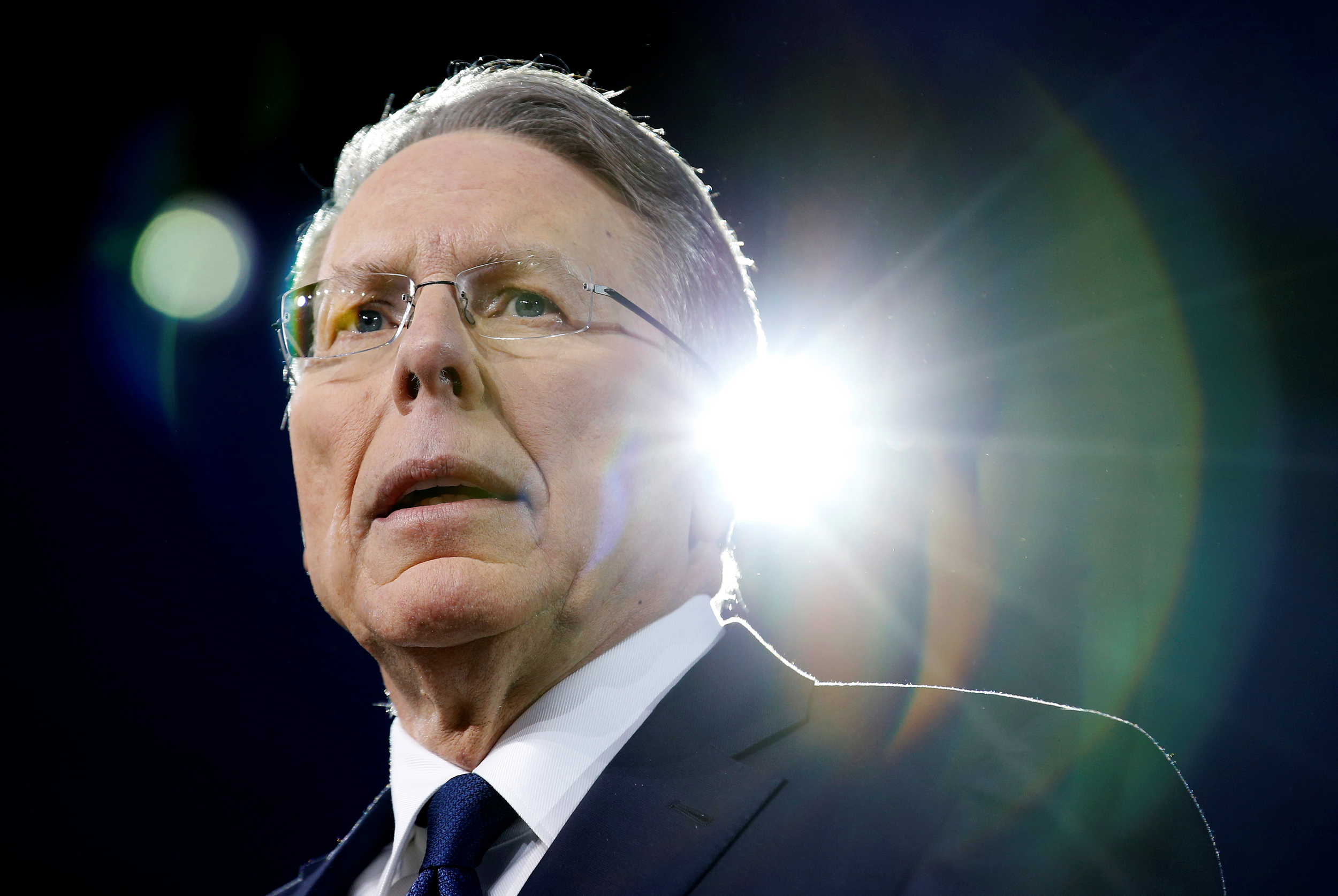 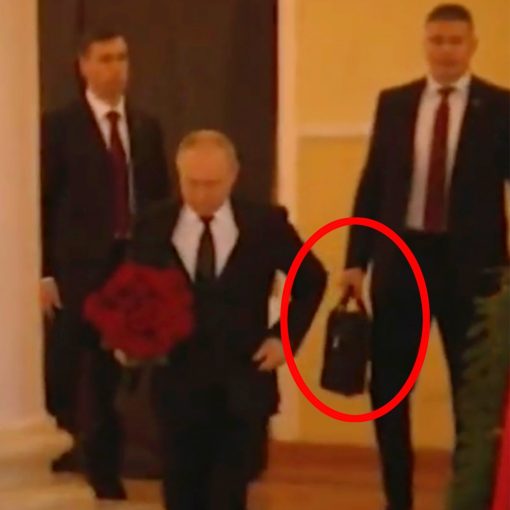 Trigger-happy Russian President Vladimir Putin stoked concerns Friday when he reportedly took his “nuclear football” to a funeral at a Moscow cathedral. […] 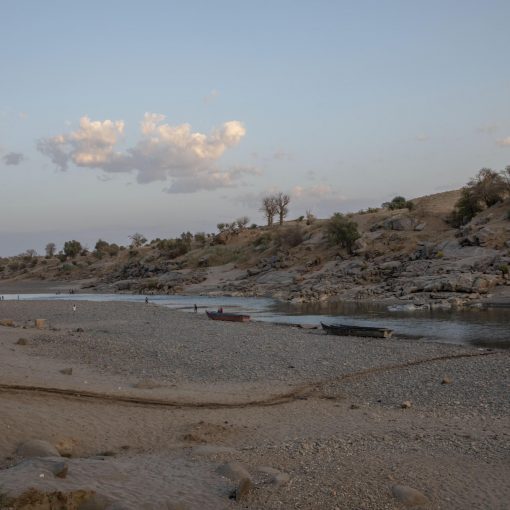